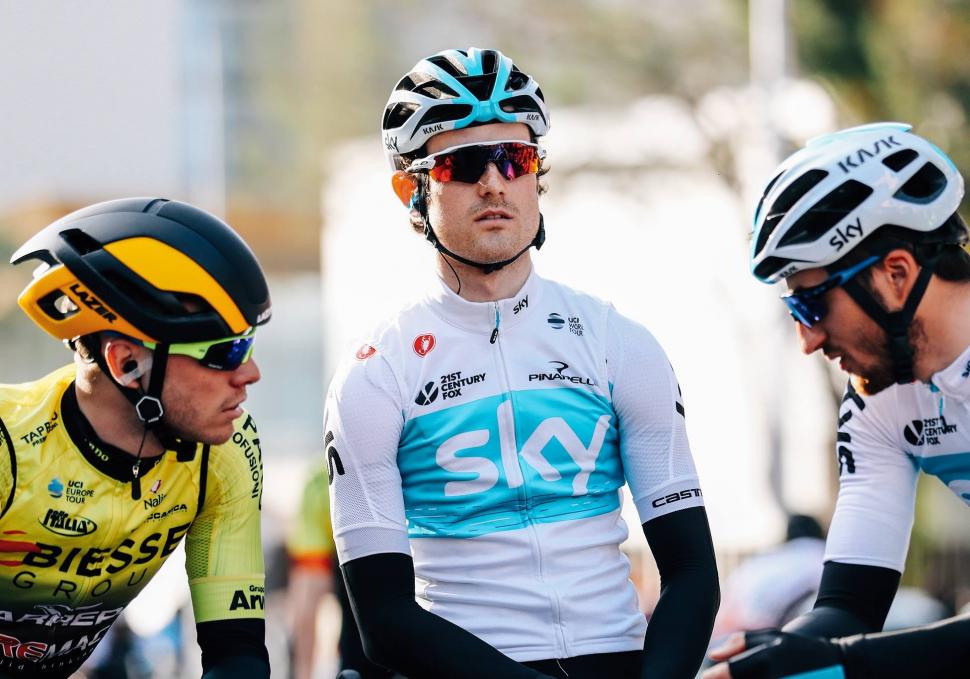 2018 UCI WorldTour kits: from the chic to the shocking

The 2018 race season has already begun – the Tour Down Under has come and gone –  and if you want to know what's going on in the peloton you need to know who's who.

Here's our guide to the kits the big teams are wearing this year. 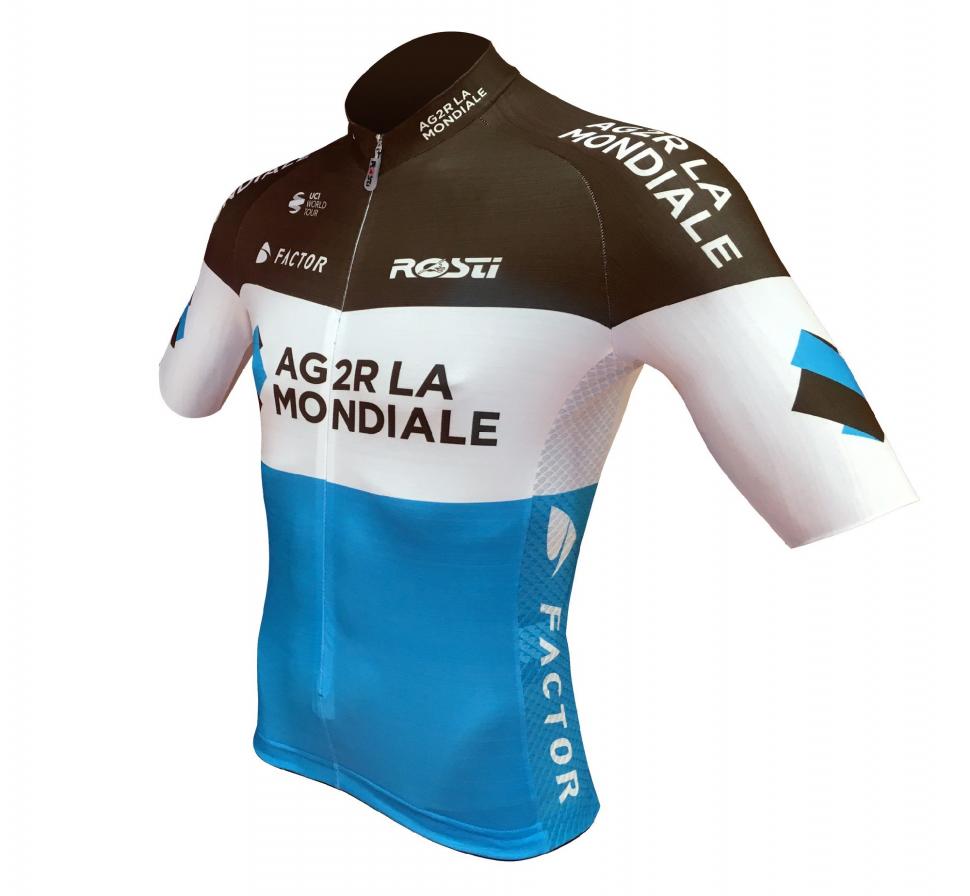 AG2R-La Mondiale has switched to Italian clothing brand Rosti and ditched last year’s busy design, which featured one brown sleeve and one blue sleeve. Too far ahead of its time! They go for something altogether more classy in 2018.

They’re still rocking those brown shorts, though (not pictured for reasons of taste). We’re all for breaking convention, but brown shorts! Non! Astana has neatened up its jersey a little for 2018 and added a yellow band on the left sleeve to match the one on the right – as with AG2R, asymmetry is out. Bahrain-Merida has widened the blue band across the chest of its 2018 jersey, and changed the sleeves and collar from blue to red, but it's a pretty similar overall impression to last year.

This lot don’t look too happy about it, mind. In fact, they look decidedly miserable. Chin up, lads, we think it’s a strong look. BMC’s kit hasn’t changed all that much for this season although new sponsor Sophos is now represented on a blue collar, which puts a dent in the red, white and black theme.

That fella behind's not bothered either way, just as long as he gets to finish his cone pyramid before it's time to clock off.

Chevrons, huh? Cheeky. Germany’s Bora-Hansgrohe has a completely new kit having switched from Craft to Sportful. We need to have a talk about Jay McCarthy's tash at some stage, though. Dimension data has ditched most (not all) of the black from its jersey and goes for a more distinctive white/green combo. We can’t decide whether this is a step forward or a step back. Maybe it’s neither. A solid mid-table performance.

These pics make us think: barber shop wall. Number two at the back and sides, please, leave it a little bit longer on top. Ta. 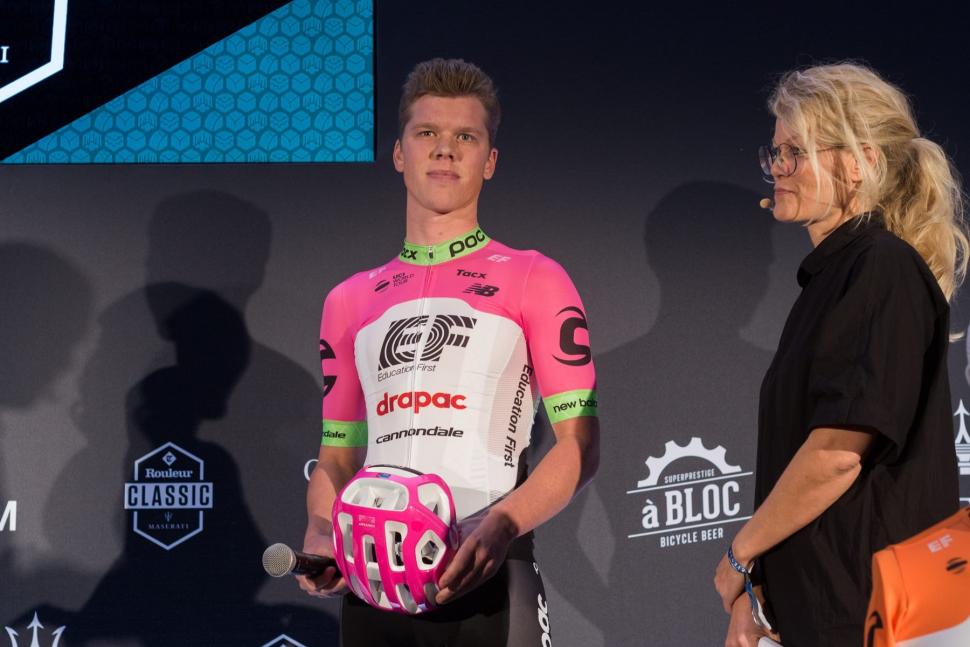 The new name is challenging, admittedly, but we’re right behind a bit more pink in the pro peloton. Whether or not it should be teamed up with bright green is perhaps a little more open to question, but you’ve got to take a style risk now and again. Although FDJ is currently racing in the same kit as last year, the team is taking on a new sponsor and will be known as Groupama-FDJ from March. Here's the new jersey (below).

It has to be said, the boys don't look wild about it. What’s going on here? Like the mullet, Lotto-Soudal’s jersey is business in the front, party in the back. 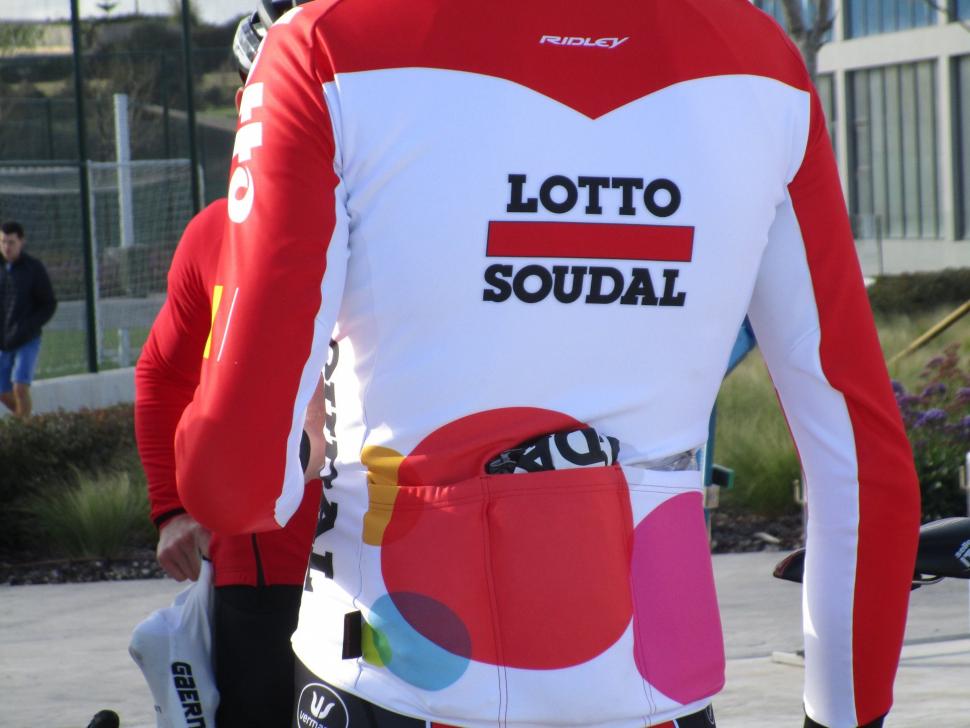 It looks like they’re channelling an Eddy Merckx-era Faema jersey – which is a Good Thing – but those coloured circles that have been added at the rear, they’re just a bit… uncalled for. They’re out of control.

Well, whaddya know? They’ve only gone and changed their name again. This team has so far been Orica-Scott, Orica-BikeExchange, Orica-GreenEdge, GreenEdge Cycling and now Mitchelton-Scott and it has only existed since 2012. The change of name means a new kit, obviously, and they’ve switched from blue to predominantly black. That curious shape on the chest is part of the logo for Mitchelton, a wine, hotels and spa business. 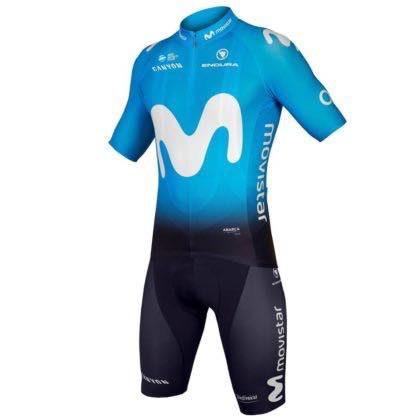 Movistar Team has had a dark blue jersey decorated with a bright green M since the telecommunications brand began sponsorship in 2011 but that all changes this season – now it’s light blue with a white M. The clothing still comes from Scotland’s Endura and it still looks pretty cool to us. Bold!

Quick-Step haven’t gone for a wholesale redesign, they’ve just taken the various elements from last year, given ’em a bit of a shake and left it at that. It kinda works. Katusha Alpecin has added light blue to the mix for 2018, which gives them a bit of an Aston Villa vibe. Geez, how many riders do they have on this team? That’s a helluva lot of free haircare products to give out. Oh, it's a ride-out. As you were.

LottoNL-Jumbo have made a few logo changes and the tops of the shoulders are now yellow rather than black but the 2018 jersey is a similar proposition to last year’s. But hang on a sec! Last year the Lotto ball numbers were 24, 2, 6, 37, 15 and 45. This year they taken the 2 out and stuck a 1 in there (no, really, that's an actual fact!). Why? This must mean something important. If only we knew what it was.

Whoa! What happened to all the black? Sky has dabbled in white kit before but it has gone in with both feet for 2018. Sir Dave Brailsford is going to be up late into the night getting that clean after a muddy Paris-Roubaix. What are the odds on a Persil logo being added at some stage during the season? 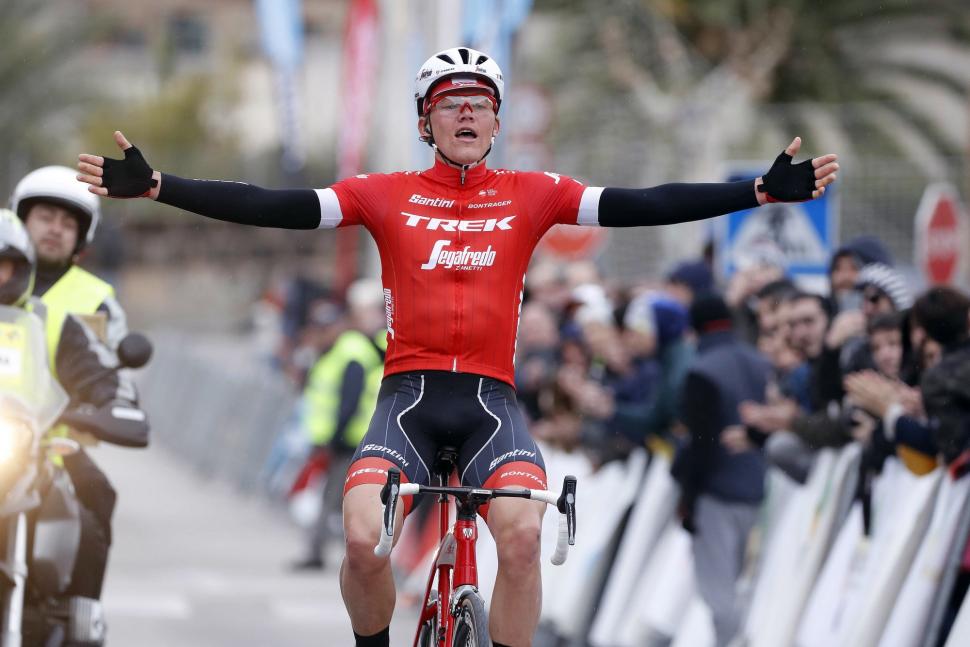 Trek-Segafredo has switched from Sportful clothing to Santini and ditched black from its jerseys in the process. The pin-stripes are back, though, putting us in mind of Liverpool FC around about 1982-84. You know, Souness, Hansen… Dalglish and Ian Rush slotting them in up front. It’s a good look. 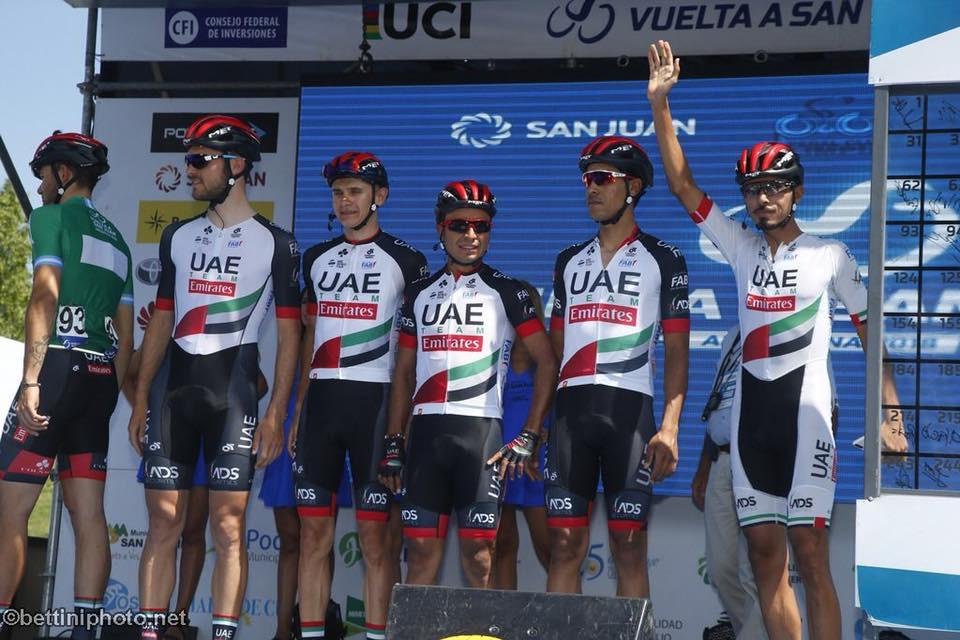 UAE-Team Emirates have altered their logos a bit over the past few months but that’s about yer lot. Still, the team has only been around in this form for less than a year, so we’ll let ’em off.