The criminal justice system "is not fit for purpose": a cyclist who was hit by a driver tells his story 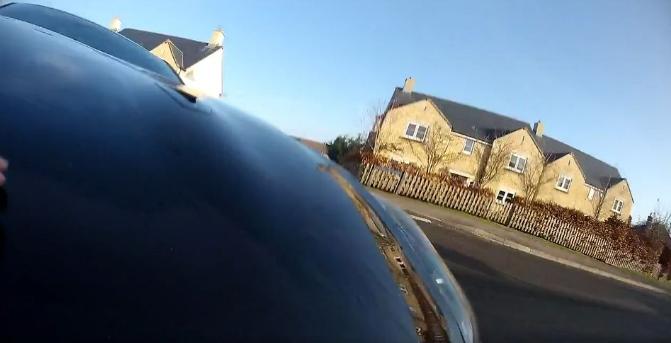 Our story earlier this week about a motorist who escaped a driving ban despite hitting a cyclist after cutting a corner in his car prompted the victim, a road.cc reader, to get in touch to share his experience not only of the crash itself but also how the case progressed over the past 18 months, with him coming to the conclusion that the criminal justice system is “not fit for purpose.”

Luckily the cyclist, who prefers to remain anonymous, suffered nothing worse than some cuts and bruising in the incident, although his bike needed to be replaced.

But much of his account, which follows, will be familiar to anyone who has found themselves the victim of a road traffic collision – from chasing up police to get them to refer the case for prosecution, through interminable waits to find out how the matter was progressing through a criminal justice system that is buckling under intense pressure, through to final resolution.

> Hit by a driver? The 9 vital steps cyclists should take next

He also shares some tips for anyone unlucky enough to be in a similar position. Here’s what he had to say.

I am the victim in this story, I was going to write to road.cc many times over the past year and half as events unfolded but I refrained from doing so, as things moved forwards, albeit slowly. As the whole issue is now complete, I think it’s worthwhile relaying everything that happened and what I think I did right and what I most definitely got wrong!

On 28 February 2021 at 0900, I cycled from my house in Chippenham, Wiltshire to meet up with a friend in Devizes. It was a clear bright sunny day and visibility was good, I made it less than half a mile from home before the ride was brought to a sudden halt.

I always cycle in bright/high viz clothing, the bike had pseudo random front and rear flashing lights and black 3M reflective tape on sections of the frame. I always wear a cycle helmet and the bike has mudguards with reflectors.

I approached the T-junction (north-facing) and stopped to give way to a car approaching from the west. I stopped approximately one foot to the left of the centre white line at the junction line. 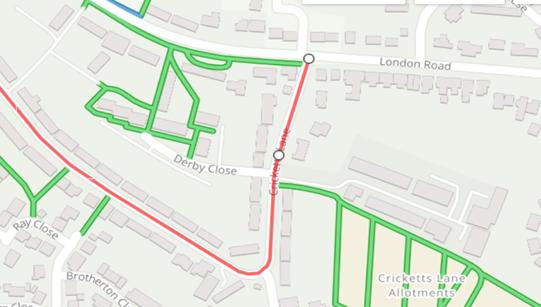 The vehicle coming from the left was not indicating right, but did turn into the junction on the wrong side of the road and drove directly into me. This much is clearly evident in the video.

Fortunately, the bike was a steel Genesis Equilibrium Disk, and the front wheel/forks took the brunt of the impact.

I was launched into the air and landed on the ground, I don’t think I made direct contact with the car, but I did end up with cuts and bruises, the only bit hurting at the time was aching side/ribs.

“My biggest mistake was not calling the police at the time”

The driver did stop fortunately (after colliding with me) and there were multiple witnesses (on foot).

The driver immediately admitted responsibility, with the standard ‘he did not see me’.

He did not offer to call ambulance or police, he did not know that the bike had a handlebar camera that recorded the collision, my biggest mistake was not calling the police myself at the time.

The driver only seemed interested in me telling them how much the damage was so they could pay me as it would be cheaper than the insurance excess.

I took the drivers details, took some details from one of the witnesses and walked half a mile home with the bent bike.

On entering the house, my wife asked me what had happened, and then rang 111. The NHS Direct nurse asked a few questions which resulted in me being told, “You have just been hit by a car, you will go to A&E within the next hour.”

My wife drove me to A&E, I thought the driver who hit me may be concerned about me, so I texted him to say I was on my way to A&E. His response was ‘Very wise, and don’t forget to tell me how much the damage to the bike is’ .

I spent a very long day being poked, prodded and scanned, fortunately they said I was ‘normal’ with bruised ribs.

On returning home I checked the video and checked the vehicle details on gov.uk and askmid.com [the Motor Insurers Database].

The police came and took photographs of the bent bike, a copy of the video and a statement the very same day (28 February 2021).

Laka were amazing, all I needed to do was take the bike to a bike shop, get a written statement of defects, they then transferred the money to replace the bike and custom wheels, I literally had a new replacement bike within a month, they took the old bike as part of a scrap/salvage scheme.

I had heard nothing from the police, so I contacted them via email and was informed that cases like this can take up to six months’ investigation before a decision to prosecute is made, they said they had until August. I thought it a bit strange as they had video and witnesses, but they know what they are doing …

At the end of July I still had heard nothing so I emailed the police again, I had a reasonably curt reply stating the case handler was on holiday and that they had until 23 August to decide if they would prosecute.

On 20 August I still had not been contacted, so I again contacted the police, they said they would call me.

The conversation went a little like this, “We would like to offer the driver an awareness course, would you be happy with this?”

I replied, have you seen the video, the answer was “No”, I said have a look at the video and bear in mind the diver showed no remorse and was only interested in me telling them how much the damage was so it would save their excess.

I also asked about the VED status and insurance level, the reply about VED surprised me, they said it was a DVLA matter and not police, they also said they checked on the insurance and it was adequately insured (I would have thought no VED meant no insurance).

They said they would re-review and call me back the following morning ... they didn’t.

I called the following afternoon, they said after reviewing the case it did warrant being sent to court, the case would be in October, I would not need to attend.

October came and went, and I heard nothing, so I contacted the police, the case had been adjourned to November.

In November I received my very first proactive feedback, the driver had pleaded not guilty, and the case would go to Swindon Magistrates’ Court on 16 June 2022, I would need to attend.

At the beginning of June, I received my second pro-active feedback in nearly 1.5 years, the driver had changed his plea to guilty so I would not need to attend court, sentencing would be on 16 June 2022.

I was on a roll here, on the 16th I received a phone call from victim support detailing the sentence – four points, a fine, victim surcharge and £1,000 compensation. I never expected money, but never say no (I had no uninsured damages, Laka had replaced my 2014 Equilibrium Disk with a 2021 model, and my Hope 20Fives were replaced with Hunt wheels).

The following day I received a letter detailing the sentence and a BACS form which was filled and returned. Then radio silence, nothing …

On 1 August 2022 I sent an email to Poole Enforcement office enquiring if I needed to do anything else. The reply three days later said that the sentence had been overturned and to contact Swindon Magistrates’ Court for more information.

I emailed Swindon Magistrates’ Court … nothing.

Last Tuesday 9 August I received a phone call followed by a very informative email that informed me that magistrates are not entitled to award compensation for insured losses, as the driver was insured, he cannot be expected to pay compensation, it would be up to me to make a civil claim against him, I asked for some background info to be emailed, the headline of the response was:

So what have I learnt here is what I would like to pass on.

All in all, I think we have a serious problem with diminishing driving standards in this country and a criminal justice system that is not fit for purpose.