The fun returns, thanks to Danny 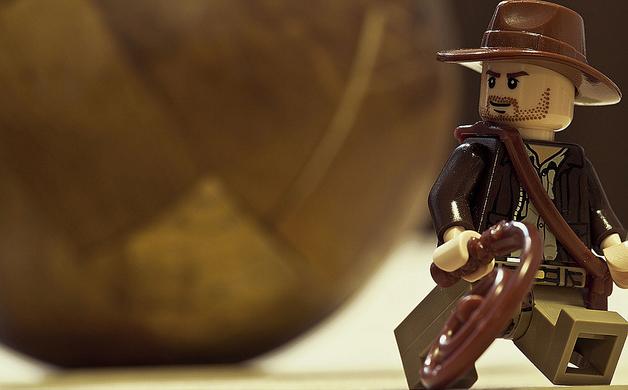 indyandboulder
How to avoid being overwhelmed by the blubber of doom

Glory be! I managed a 100k ride this weekend for the first time since March. Just when I thought this year was going to turn into a complete write-off.

Remember the opening scene of Indiana Jones and the Raiders of the Lost Ark? When Indy escapes by the skin of his teeth being crushed by that massive boulder as he flees some dark cave or other with some artefact or other? Well I see this as the perfect metaphor for my struggle with fitness this year - and more generally as my sixth decade inexorably approaches.

In my metaphor, I am the disheveled but charming whip-wielding adventurer (well, if the cap fits...) while the huge rock is a life of lard-bound inactivity. If I proceed at full pelt I might just avoid being overwhelmed by the blubber of doom but if I lose my concentration for more than a moment or two I will be lost - possibly forever.

In years gone by this metaphor wouldn’t have worked - or at least the blubber boulder would have been a lot further away. But this year, for reasons that are as dull as they are irrelevant, the bloody thing has been bearing right down on me for months. I’ve noticed jeans getting tighter; baggy T-shirts getting more appealing; staircases getting more daunting.

I’ve not even been particularly enjoying exercise. It just served to remind me how far I’d fallen and how much work there was to do. I could just about manage a 25-miler on the bike but the prospect of a 100k ride was about as appealing as base jumping without a parachute. That terrible negative momentum thing was in danger of winning the day.

Then, a few weeks ago, I watched this video about the remarkable Danny McAskill, in which he reflected on the old days when he used to ride every day - not for fitness or to improve his skills but just for fun. And it struck me that I have become so dependent on cycling as a fitness preserver, a sanity saviour, a meditation aid, and a mental clutter-clearer that I was in danger of forgetting why I starting doing it in the first place: just because I love it.

So the next time I managed to persuade myself to go for a ride, I didn’t reflect on how hard it was to get up the hills; I didn’t try to go further or faster than the last time, or to reach a certain point in a certain time. Nor did I try to process any difficult emotions or solve any thorny problems. Instead, I just savoured being on my bike, enjoyed the view, and came home again when I was tired. And of course I had a great time. And of course riding became more appealing. And of course the more I did it, the easier it became. And yesterday I rejoined the 100k club and although the final 10k was hard, it wasn’t that hard. Thanks Danny.

Thanks also to Dennis Eagles, for allowing me to use his excellent photo.