I'm worried... worried about the Tour 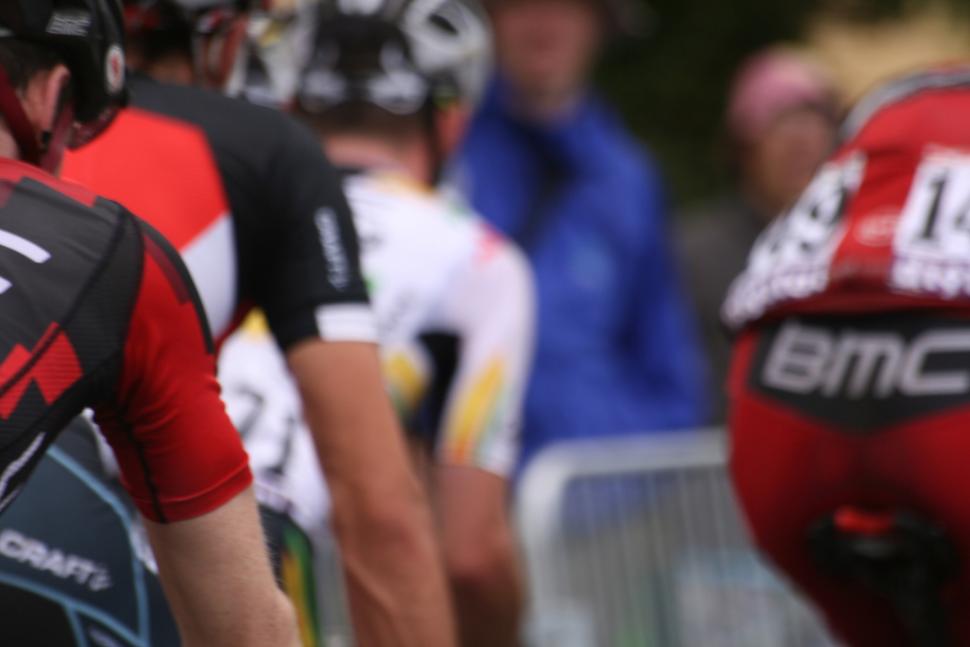 © Owen Philipson
How to keep up to speed with the Tour real-time, or not...

Am I worried about the Lothian Flyer that I'm racing tomorrow?  No.  I've already got my plan sorted – it's the same as last time – just try to stick with the bunch.  It's going to rain, and I'll get wet, but I'm not worried about that.

No, I'm worried about the Tour de France, specifically how I'm going to watch the Tour given that I work full time in a traditional quiet office environment, it's not one of these new über-cool places with plasma screens adorning the walls and I'm not able to half-focus on something going on in the background... such as a someone putting in a massive attack up Port de Balès.

I know I'm worrying about this prematurely, there are ways to keep in touch with the racing but the main question is do I watch it live at all?  Watching the highlights programme (options on ITV4 and Eurosport) is a great way to spend the evening, and if I avoid all social media/internet/friends then there's a chance that I can get to 8pm without finding out what's happened during the day's stage.  I'm not sure I want to do that though, it's all well and good waiting but there's nothing like living the Tour real-time.

There are various ways to experience the Tour 'live', even if you're not in front of a TV screen.  The first option is possibly the highest quality and that's to de-register SkyGo from my wife's iPad and register my work computer for the month of July.  This would be fairly easy to do as a) my wife never uses SkyGo (it's registered so I can watch 2-wheeled sports when she/kids are watching some other tat in the living room) and b) it's only for a month, possibly the most important month of the year for us cyclists.  The added benefit of working in design is that I've got a 27” screen in front of me, and a boss who loves cycling... this one could be a go-er.

If you've not got access to Sky then there's the option of buying a Eurosport subscription, but I don't need to do that, otherwise there are various live feeds available from certain tweeters who collect video feeds from around the globe.  A great way to watch is to tune into the French or Belgian feed and try to decipher what's happening – one thing you do know is when it's all kicking off as the commentator will get to within 7 microns of a fit of conniption.

Other, more discreet, options include following live tweets from various twitterati.  This includes people such as our very own @roadcc along with others like @velovoices, @tourfrance, @inrng, pro team twitter accounts, pro tour wives, personal friends and many others to build a picture of what is going on.  The trouble is that this is more time consuming and distracting than keeping half an eye on a live feed, usually offered by the major news sites, and it certainly requires more clicking than sitting with an earphone in feeding me information from a video feed in the background.

Well here's the good bit.  I'm off to France on the 15th July until the 23rd to visit my parents.  So that sorts the 2nd half of the Tour... sort of.  It means watching the Tour in French (live) but luckily my French is fairly good so that won't be a a problem, spending 4hrs or more in front of the telly on our summer holiday won't go down well though so it might well be a case of staying away from it completely and watch Phil and Paul later on.  I think I can handle that.  A plan has also been afoot for a while to go watch either the Bonneval > Chartres TT or the Rambouillet > Paris Champs-Élysées stage, or both, but again we'll see how that goes, it may depend on who's likely to win as that TT could be a decider if people play it safe in the mountains.

So there are the options.  None of them will work on its own, I'm sure that a combination of all of the above will keep me up to speed with what's going on, but there's a good number of ways to make sure I don't miss any of the action.  It starts 15 days from today... would you guess that I'm excited?