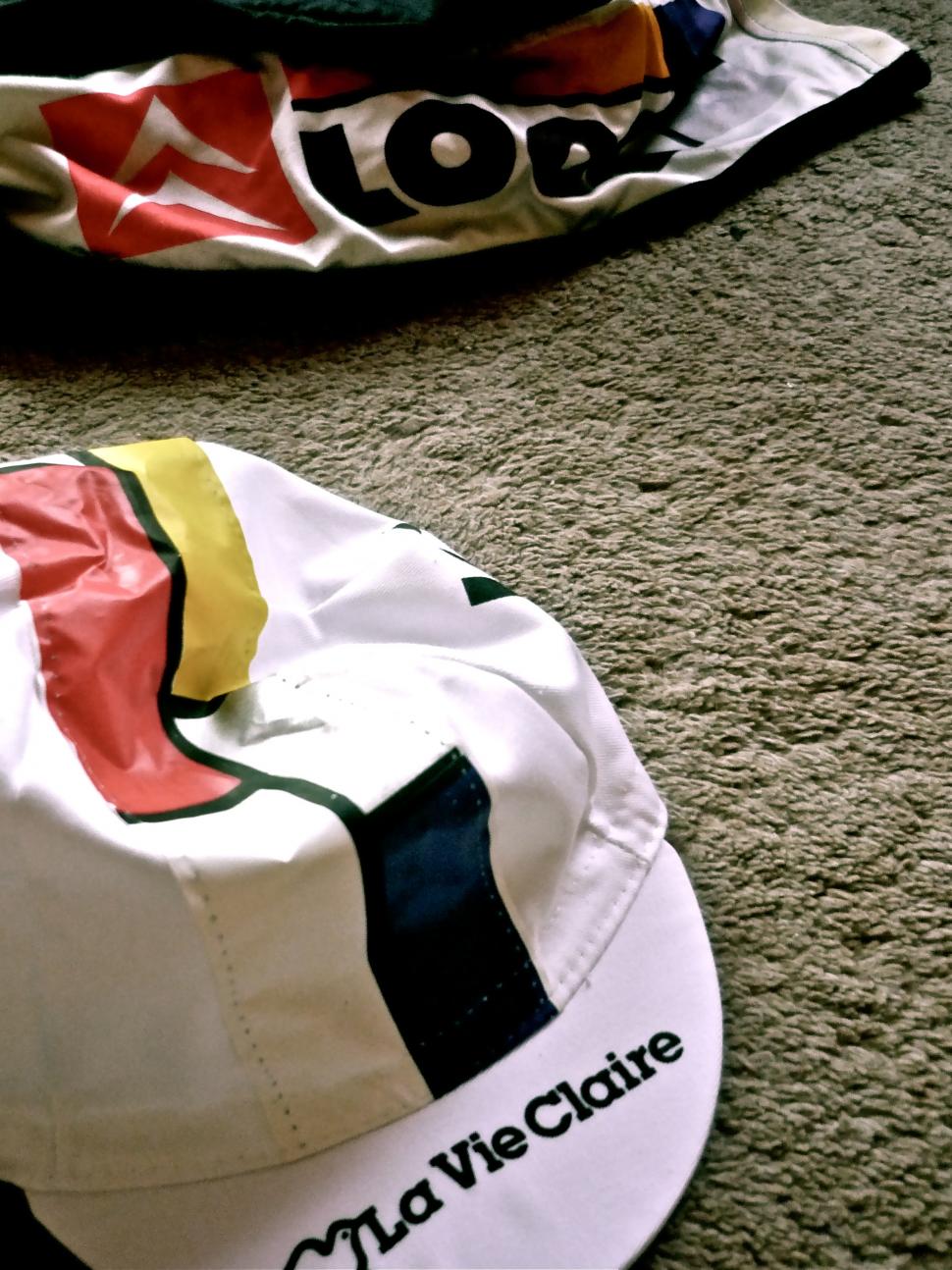 I still have my first pair of ‘proper’ cycling shorts, they’ve not been worn for decades, literally, there’s a big old hole in them and the stitching is perished and unravelled, but I simply can’t bring myself to throw them out. Every time I rummage in the shorts pile they’ll emerge like spent ordnance from a long forgotten battle in a ploughed field, smiled at and returned to the mess.

These were my first lycra shorts, I’d had some touring shorts previously that looked like normal shorts but were tailored so that the seams didn’t all meet in an uncomfortable knot right where you didn’t want it to be, and this was at a time when lycra wasn’t as omnipresent as today by a long stretch and buying a pair of clingy shorts was a defining moment, a level of commitment to ‘cycling’ as opposed to merely ‘mucking about on bikes’, an overt show of nailing your colours, and several other things, to the mast

The colours that I was running up my own particular flagpole, as it were, where those of La Vie Claire. I’d plan my Summer afternoon rides to finish with just enough time to make a cup of tea and a sandwich before the Tour de France coverage started. None of this all-day extravaganza that we cloy on now but a scant half hour of highlights in the early evening, nectar nonetheless to this keen young man. At the time I was a mountainbiker, or I had a mountainbike, but I was getting titillated by road bikes, the speed, the elegance, the romance, the certain ways of doing things that the rebellious scruffy off-road culture just didn’t have, and even did it’s utmost to avoid. But I was intoxicated and it would only be a couple of years of saving before I was astride a custom built bright pink steel Roberts with full Campag Chorus.

The Mondrian effect design appealed to the artist in me so they instantly became my team of choice, it also helped that at the time Hinault and LeMond were smashing the Tour in those primary coloured jerseys. Little did I know the back-stabbing and intrigue that was going on behind the scenes, that knowledge would come later, back then I was simply giddy with Wonder, that bit where they rode together to the top of Alpe D’Huez and LeMond wrapped his arm across Hinault’s shoulder still makes my throat go lumpy.

The Christmas after the shorts I got the long-sleeved La Vie Claire jersey to match, even if it was a little on the large side I can’t remember much else about that day. Fast forward half a life and for no reason in particular I find myself buying a La Vie Claire cycling cap. Maybe it’s because continually fishing the shorts out the cycling dressing-up box and never wearing them is doing them some kind of treason, maybe because just seeing that little birdie logo rekindles the neophyte excitement in me, maybe it’s not some kind of retro cool and it’s just going to be nice wearing ‘my’ colours again.