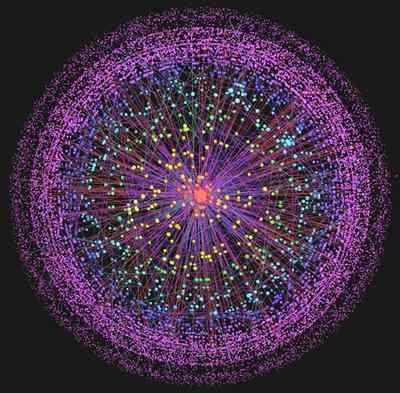 The picture above depicts the front line in combating doping in sport. It is not a new compound of blood booster, but a visual depiction of the Internet.

For the last 10 years, anyone wanting to purchase performance enhancing drugs (PED), can. Online pharmacies offer medications without a prescription or a doctor review. The safety net of trained doctor, diagnosing and prescribing; with a pharmacist controlling supply and medication levels is gone – with a click.

More than 2 million people in the UK alone regularly buy prescription drugs, in the USA the figure is thought to be closer to 30 million. With such volumes of drugs by mail, packages delivered to healthy athletes, looking to con their fellow competitors will generally go unnoticed.

The latent dangers of this practice are massive. Two amateur cyclists in the USA were caught this week for cheating by purchasing erythropoietin (EPO) and insulin growth factor (IGF-1) online. Charles 'Chuck' Coyle and Neal Schubel both received 2 year sanctions and destroyed reputations. Amateur cyclists in their 30s and 40s willing to risk their health for a local victory is staggering, it highlights the fact that this practice is occurring outside of, and potentially inspired by the actions of some selfish professional cyclists.

A study in the US by the FDA, concluded that their research had found only 340 Internet pharmacies as legitimate and identified over 47,000 "rogue" Internet pharmacies. Britain's Royal Pharmaceutical Society (RPS) stated that up to 50% of all seized drugs that they tested prove to be counterfeit. The contents of the pills purchased on line could be lethal. With no safeguard to the producers, mostly in India and China, an athlete’s reaction to the unknown cocktail, is a toxic risk not worth taking.

An athlete taking a performance-enhancing drug, under the supervision of a rogue doctor, is protected somewhat, by a level of knowledge into medical practice and techniques. An athlete self administering, an unproven drug with indefinite amounts of ingredients could be deadly.

"The internet presents a real danger to people's health," said David Pruce, the RPS director of practice and quality improvement. "Dishonest traders are selling medicines online without any professional qualifications or healthcare expertise. The products they sell can be poor quality at best and dangerous at worst."

Last year the Medicines and Healthcare Products Regulatory Authority (MHRA), seized £5.8m worth of drugs of which it estimates around half have been counterfeit, of those tested 10 percent contained life threatening compounds.

"Oh, I just bought mine on the internet". Was the reply to a question of sourcing PEDs, we recently asked an ex professional cyclist, who has now admitted doping in his career, (though was never been caught). We were able to find a supplier of second generation EPO (Aranesp) in only a few minutes online. Administering this drug without supervision, altering the viscosity of the blood’s hematocrit is simply Russian roulette. A low hematocrit means dilute (thin) blood, introduces a danger of the athlete ‘bleeding out’ if a cut occurs. A high hematocrit; concentrated (thick) blood can sludge and clog capillaries. If this happens in the brain it results in a stroke. In the heart, a heart attack.

Additional dangers of EPO include sudden death during sleep, which has killed approximately 18 pro cyclists in the past 15 years, and the development of antibodies directed against EPO. In this later circumstance the individual develops anaemia as a result of the body’s reaction against repeated EPO injections.

The risks do out weigh the gains. Bike with honour, self-respect and pride. Bike Pure