Chasing the tech at the Tour de France

It’s a busy two days. And we don’t even get to see any bike racing.

It’s now traditional for the road.cc tech team to head out to the host city of the Tour de France a couple of days before the Grand Depart with the simple task of photographing as many of the race bikes that will see action over the following three weeks of racing around France as we can.

Our eyes are peeled for any new bikes, those we’ve heard rumours about in the weeks leading up to the Tour, and those that have been kept a well-guarded secret until the racing gets underway. Not just bikes though, but equipment as well; wheels, power meters, tyres, handlebars, saddles too.

The 22 teams taking part in the race are supported by bike brands, big and small, and for these brands the Tour represents a huge shop window to reach millions of viewers and cycling enthusiasts, to hopefully inform their next purchasing decision.  They’re in the business to sell products and the Tour de France is great marketing, especially if a rider wins a stage or the whole thing using your product.

Pro endorsement counts for a lot in an industry and sport that still looks to what the pros ride, and for this reason, the Tour de France is of huge importance. That’s why there is always a lot of new bikes being launched at this time of year. And this year has been particularly busy. A bike typically has a model life of about three years before a new version gets introduced, and this year there has been a flurry of new bikes from the big players in the business.

So that’s why we found ourselves in Dusseldorf on the Thursday and Friday before the opening time trial on Saturday, going from one team to another to photograph and film the most interesting and newest team bikes and equipment. And then our camera memory cards are full, brains packed with info on the latest bikes, too many coffees consumed,  feet tired from miles of walking and standing, and it's time to head home before the pandemonium of the Tour actually gets underway.

We’ll be publishing features on many of the bikes we saw over the following days and weeks, but for now here are some photos from behind the scenes. 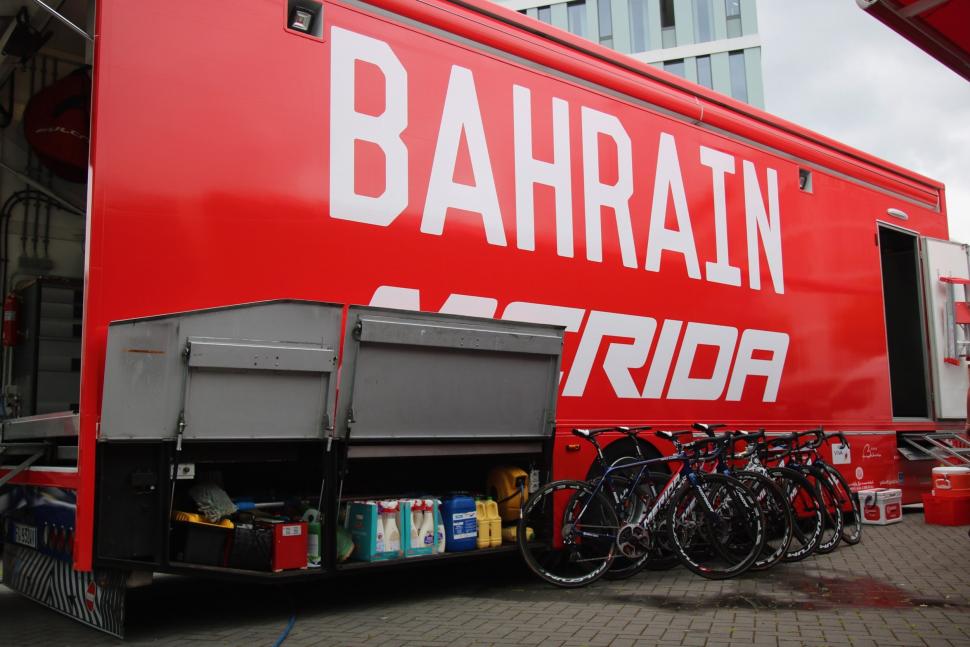 Hopping from one team hotel car park to another, with the team trucks taking up all the space and bikes lined up washed and ready to 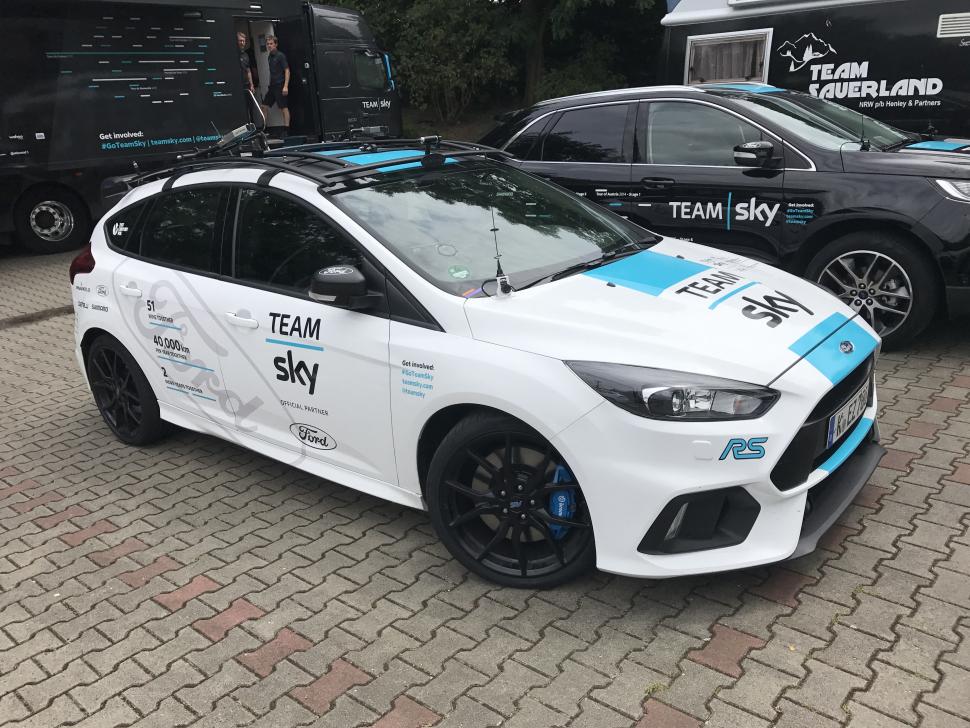 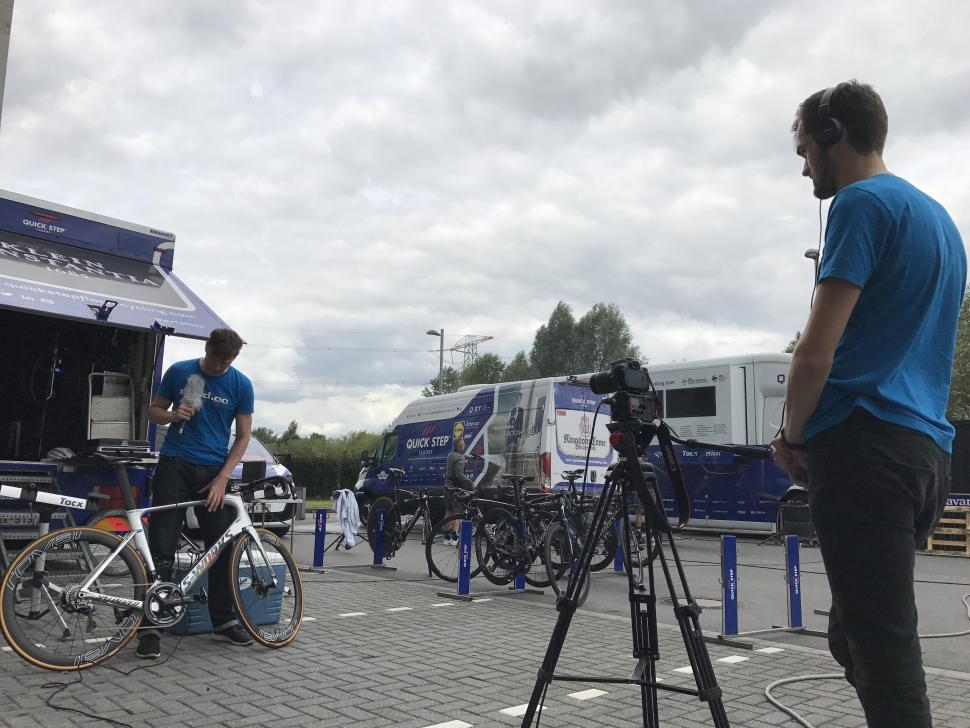 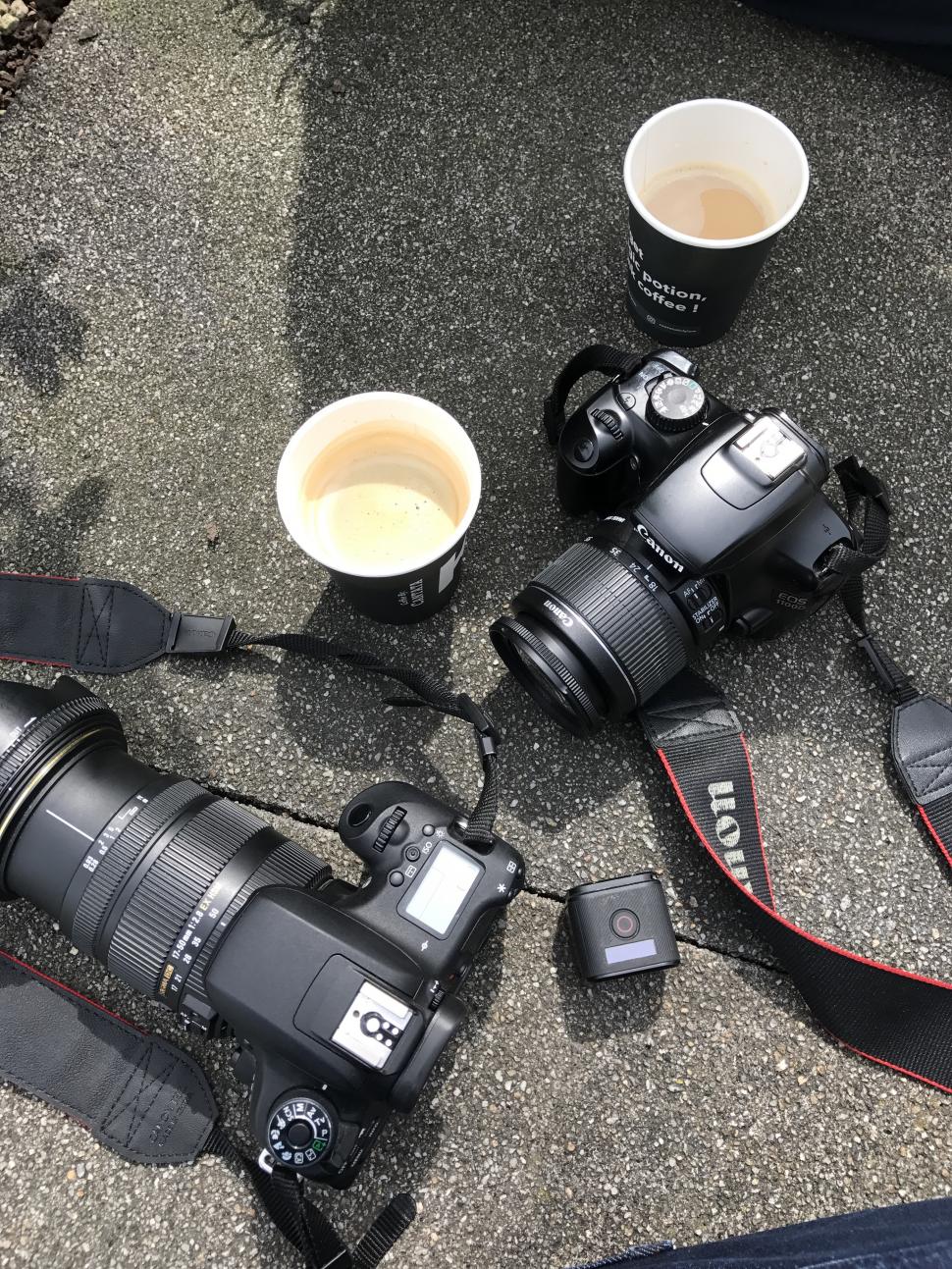 Even the day before the world's biggest cycle race, there are still jobs for the team mechanics And bikes still being built as well