Inside Man - quite literally this time round 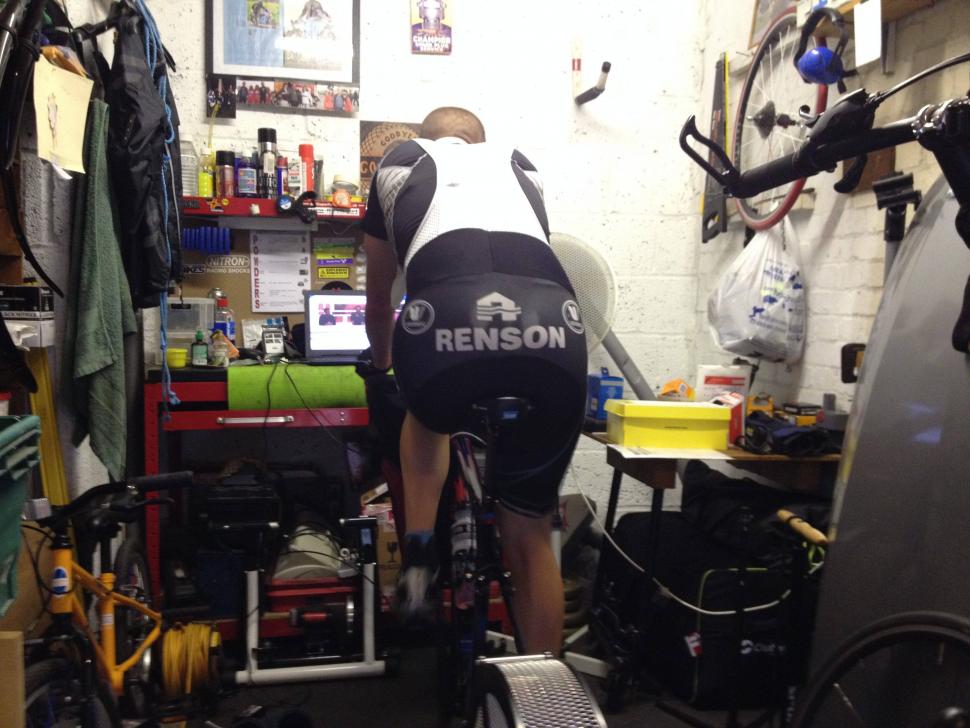 Simon Tuck garage.jpg
Our British Cycling guinea pig is confined to the garage

In the previous blog Simon shared with us about how he's been picked to take part in a British Cycling trial with their new power meter suppliers Verve Cycling, manufacturers of the Infocrank system.

After various trips to Manchester Velodrome to understand the basics he's been sent home with a plan and is currently giving names to each brick in his garage wall.......

I feel like I've become a bit of a troll this week. Not the kind that winds people up on the internet, but the kind that lives in a cave or under a bridge.

I've got my training plan and because it involves lots of riding at particular power zones I've started off in my garage, at least until I get a bit more used to riding in those zones. The training plan is for 3 months, but for now and for the next 4 weeks it's all about revolve24.

The training plan is run off a site called Velopro. They have a system where you enter certain parameters and goal events and your plan is formulated and comes up on the included calendar. There's a few websites that do similar things but Velopro sell their individual plans as being more adaptable and dynamic instead of just having set training plans designed for 'an average cyclist'. As you upload your sessions, the data updates and changes your plan accordingly.

If you need a day off or get injured your training plan will adapt. So far I've found it easy enough to use and to follow the training plans despite never having any structured training before. I'm on a free 14 day trial at the moment but I've been given 3 months to try the site out for free so I'll let you know how I get on. Actual membership is either $24 (£18.40) per month for power based workouts, or $17 (£13) without power. Both pricing levels get you an individual training plan to follow. Looking quickly at alternatives, Trainerroad is the most common in a straw poll of my friends and that's $12(£9) a month or $99(£76) a year. Trainerroad has a library of training plans and you have to choose which one you want to follow, it's not tailored to your goals and progress, whether that difference is worth the best part of £10 a month is up to you.

This week I've spent 1-2 hours a day in my garage on my Revbox ergo trainer, sat in front of various films and TV series. I particularly enjoyed catching up with a certain James Corden quiz show as it has quite long episodes and I think laughing takes away some of the pain of sitting on a stationary trainer for so long. I've never spent more than 30 mins at a time on my old turbo.

Sitting for that long just makes me numb. I've tried adjusting my saddle nose down as much as I dare and I never have the same problem out on the road. It's always worse when I'm doing low power workouts. Although I've had a proper cycle fit and I have decent bibshorts galore, saddle pressure points are still an issue indoors for me. I even use an ISM saddle which is designed to relieve pressure points (which works on the road). It's just that constant position.

Any other hints or tips welcome! I just hope the rest of the team appreciates the suffering I'm going through whilst they're lounging about drinking Rioja and making youtube videos. I'll be ready to take up the slack.