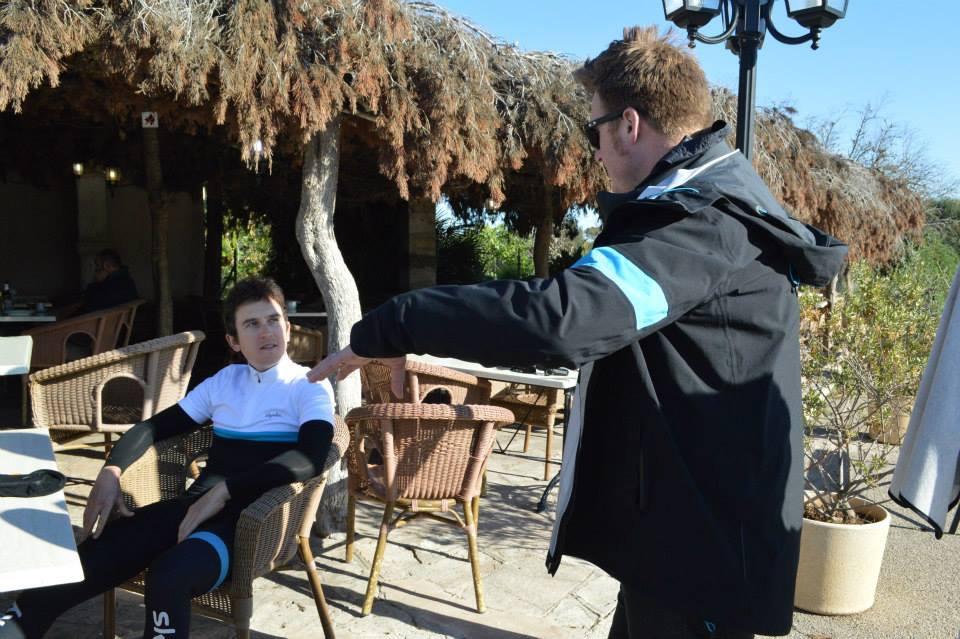 There was much to admire in the pro peloton in 2015. Minimal drugs busts and maximum action in many of the big races will see us look back on this year as vintage I feel.

Numerous performances would be worthy of consideration in any review. John Degenkolb winning two of the first three monuments of the season (Milan-San Remo and Paris Roubaix) certainly made the long list, as did Alberto Contador picking himself up off the deck in the Giro to ride himself into the pink jersey.

Romain Bardet produced a master class of descending in the Dauphine and then backed it up on Mont Vernier in the Tour de France. The alpine clash ahead of the Tour in June was a really excellent battle between Chris Froom and Teejay Van Gaarderen. It set us up perfectly for July.

The final short listed occasion was much anticipated and much written about at the time. Bradley Wiggins top flight pro swansong (ahead of his upcoming comeback in the Tour of California next year, of course!) in Roubaix.

The pent up excitement of his attack in the last kilometres was palpable and the way that even when his attack was pulled back he never gave up is a lasting legacy of his influence over the peloton. When the race was lost he still desperately attacked on the back streets of the finishing town before slumping exhaustedly in the velodrome after missing out on the win.

With my own Flandrian odyssey a week away at this point, I planted myself in front of Eurosport to watch the whole of the coverage.

As soon as the live feed started I knew we were in for something special. There was almost 100km left to ride and the field was in pieces. Driving rain and battering wind had literally blown riders off the road and trees in to their paths.

I gulped back the fear. In 7 days it would be me.

Jurgen Roelandts of Lotto made an incredible solo escape and looked like he might hold on before a dreamy group of classics specialists formed behind and chased him towards Ypres. It was the cream of the crop.

Jens Debusschere was the classic team mate and anchor behind in a group with Geraint Thomas, Luca Paolini and Sep Vanmarcke. They tried to stay upright and make the Etixx pair of Niki Terpstra and Stijn Vandenbergh do all the work.

The freak gust of wind that blew Thomas off the road is now legend, as is the tactical nous shown by Paolini to slip away on a long road into town.

He took a splendid win, regardless of his subsequent expulsion from the Tour and positive test. We weren’t even in April and the bar had been set really high in the race of the year stakes.

Despite a tactically perfect first week where he had positioned himself wonderfully for the small summit finishes and cobbles, the Briton was ending the Tour looking weak.

The first cracks had appeared on the new climb of Mont Vernier where he was suffering over the summit at the back of the group of leading contenders.

As they were chasing after the breakaway, Froome had been digging into his pockets for food, a clear sign that he was starting to get the hunger knock. His aid up to that point, Geraint Thomas was also out on his feet and starting to concede time.

The toll was also starting to get him off the bike. Journalists were sceptical and fans hostile. Cumulatively Froome was being got at. The chasing pack was starting to sense a chance and it was widely anticipated that Nairo Quintana would attack.

On the stage the day before to La Touissure (ironically the scene of the Kenya born riders emergence in 2012) he had lost time to Quintana late on, but preserved plenty of time overall.

At the front of the Alpe D’Huez stage, Thibaut Pinot was saving his Tour with a special win having duked it out with the Canadian Ryder Hesjedal from Bourg D’Oisans up to the finish. That would be enough excitement for most spectators but further down the slopes the Colombian shot out of the group and opened up the race on the last possible moment.

Froome made no response. He couldn’t. Quintana quickly seemed to gain half a minute lead before settling in and trying to push every extra second he could out of his lead.

Suddenly he was getting involved in the stage win battle and he was almost a minute ahead. Now the Tour could be on the line…

The SKY riders in the group behind were not large in number but massive in heart. Richie Porte found his legs again having had a tough race and shepherded his leader to a pace that he could maintain whilst not losing more ground.

Alongside them was Wout Poels, a rider who I have followed since his times in the Vacansoleil team. He had a marvellous day and only when it was clear that Froome would not lose sufficient time to surrender the yellow jersey did he slip away back from the group.

Quintana gave his all coming up just over a minute short, but it was a really exciting end to the Tour.

It’s going to be difficult to encapsulate a whole three week grand tour in a ‘moment’, but let’s try!

This was a race full of drama from day one to day twenty one. The opening time trial was neutralised due to the fact it had stretches along a beach… enough said on that.

From the moment that Vincenzo Nibali was booted out of the race for a sticky bottle at about 90kph the drama kept coming. Not all of it for good reasons.

Camera motor bikes and the list of riders they had taken out dominated the early stage headlines. The duel between Esteban Chaves and Tom Dumoulin was proving less interesting to the copy writers.

However as the race went on both proved capable of staying in their lofty overall positions.

Chris Froome went home with a broken foot so the Vuelta looked like going down to a battle between Italian Fabio Aru and the Spanish pair Joaquim Rodrigues and Alessandro Valverde.

But still Chaves and to a greater extent (as he was in the race leaders red jersey) Dumoulin proved unshakeable. So much so that as we hit that final Saturday of the race the Dutchman still held a slender lead over Aru.

He had even attacked in the leader’s jersey on a stage won by Frank Schleck (a blast from the past!) a couple of days before.

The fairy tale finish couldn’t last and the wait for a Dutch grand tour winner goes on in the same way as it does for the French.

Aru accelerated on the penultimate uphill of the whole Vuelta and Dumoulin finally looked down and saw his legs buckle beneath him in a way that all of us club riders will recognise.

He lost almost four minutes to the other contenders for the race to finish 6th. From the outside it will have looked like an epic collapse at the 11th hour.  For most though the site of Chaves, Dumoulin and Aru battling it out for the win shows that the future of grand tour stage racing will be in good hands once the Nibali, Froome generation bows out.

Three memories, three snapshots of 2015 as a season. There were many more that could have been in the short list and the three, but for me, these will always be the highlights I look back on.