The evolution of a jersey... WeightBlog
Yaxley Riders are about to celebrate 5 years of promoting good cycling in the South Peterborough area. Here is the first piece showing the development of the group jersey.

The final Saturday in January of 2015 will see the 5th anniversary of Steve Milne and myself founding Yaxley Riders Cycling Group.

There will be plenty written and said in celebration of this moment in coming weeks as we look to compile a full history of those years.

One area that has been interesting to follow has been the evolution of the groups jersey over those years.

The original kit ran for two years and sold in such places as the Netherlands and Channel Islands.

The white blue and black colour scheme was designed to keep us consistent with other village sporting teams and there are a few still around being used. The second year of this design did see the wording changed slightly to reflect the launch of the website.

Our second design was a turbo training one without pockets, but including names on the back. It was black and blue and also promoted the website address. 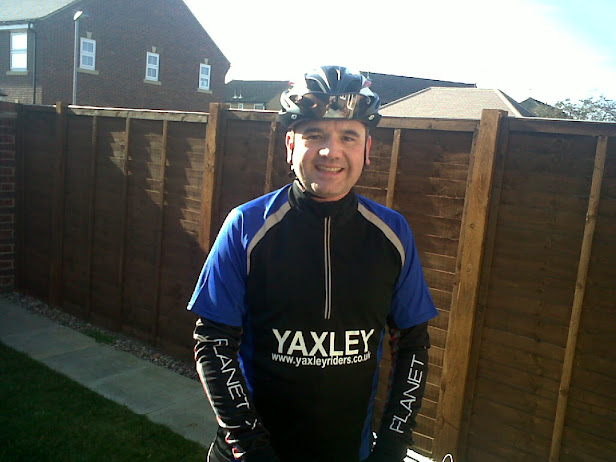 Our first online store featured kit designed by Steve Milne and Gary Gwynn and was the first in black and orange.

This one sold well and is still seen on a number of riders. 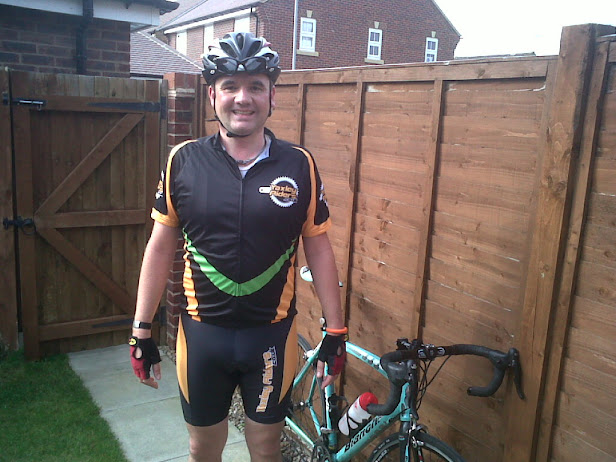 This one was the first to feature bib shorts and winter clothing such as jackets, and gloves.

The challenge for us was the lengthy delivery time so we looked hard to source a supplier in the UK. Godfrey Sports in Nottingham provided the best samples and being UK made fitted the bill.

After much discussion on the design and colours, we decided to keep the same layout on the jersey but make orange the predominant colour for visibility and safety.

Its been the best seller to date and we will be keeping this design for the foreseeable future.

That hasn't stopped us indulging our passion for great looking cycling gear by commissioning Godfrey to come up with a jersey to celebrate the 5 years by taking elements of all the kits we have had so far.