Right back where I started 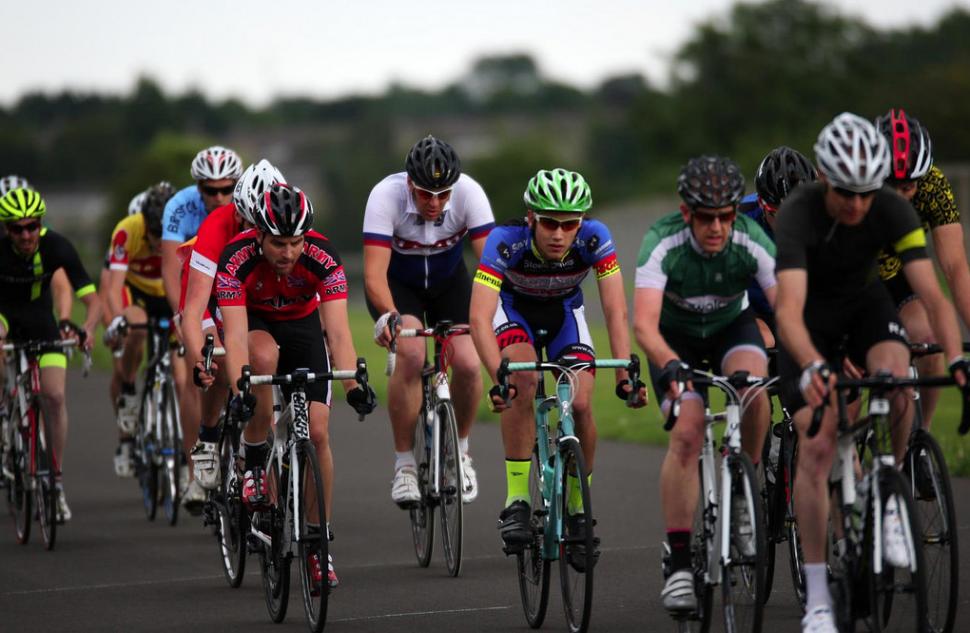 This was before I got dropped. Pic by Rich Wood
Time to hit the Cat 4s again

Getting unceremoniously dumped out of the back of Cat 4 races up at Odd Down was one of the main catalysts for my whole training adventure. Well, that and seeing myself in this top.

Anyway, the winter series starts on 13 December so I've paid my money and I'm going to have another crack.

What's changed in the 3 months between then and now? Well, I've been training, with Dave Smith. He's been setting me hurtful weekly interval sessions and giving me a bunch of diet advice, which I've been following religiously, of course (he says, wiping the crumbs of a mince pie from his beard).

I was quite a long way from being in shape when I started. I weighed in at about 104kg and I was lasting half a dozen laps of the 1.5km Odd Down circuit before the elastic broke. My main goal for this first twelve-week stint was to get some of the excess weight off. I'd been as low as 96kg before, but never managed to stay there. So that was my kind of my first target weight, and realistically I knew that a reasonable racing weight for me was some way below that. The diet that Dave has me on is carb-light, but not calorie-controlled. Aside from the fact that I'm partial to the odd cake, It's not that hard to stick to.

I'm supposed to weigh in every Monday, and this Monday the scales said 92.8kg. So I've lost over 11kg, or 1st 10lb if you like counting in old money.

It's a lot of weight gone. Enough that I have a bunch of clothes that are no longer even close to fitting me. Enough that I've been buying 34" waist trousers for the first time since probably my teens. Enough that people who haven't seen me in a while ask me if I'm okay. I'm better than okay. I feel great.

I'm faster, too. Empirically so when using the Strava measuring stick on any number of local hills. Anything I haven't ridden for a while, that I have a proper go at now, is a PB. But I'm also just generally quicker, more able to stay with people that used to ride away from me. Not all of them, and not all the time. But faster, definitely.

Is all this enough to get me to the end of a Cat 4 race in contention? I don't know. Odd Down is two hairpins and two sprints a lap, and it's pretty brutal. I was a long way off being able to compete before, so whether I've done enough to get my basic fitness there remains to be seen. Also, I haven't done much racing so I'm not great at reading a race and keeping my place. That needs lots of work too. But we've come this far. Time for a progress check.