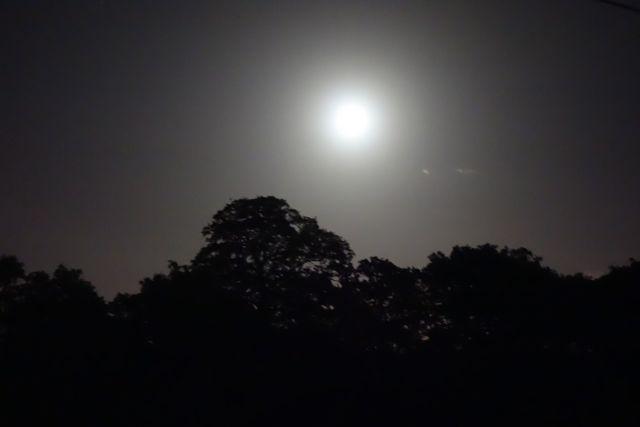 Richmond Park at night
In the darkness, the city becomes a cyclist's dream

Serious cyclists go into a dark place. Mine is central London, and I go there four times a week. And it’s dark only because it’s 1am when I ride through it.

From an office near Tower Bridge to the edge of Richmond Park (as pictured above): this is my commute home. I could take a cab and let my employers pick up the bill, but where’s the fun in that? When the night falls, parts of our capital city become a cyclist’s dream. Cars vanish. So do cyclists, and the few who are left at this time of night tend to be better behaved. The city’s irksome distractions and sources of rage have been put to bed. There’s just you and the rubber-black road.

Aided by gloriously long runs of green lights which you never encounter during the day, I usually treat my trip back to the suburbs as a time trial, even though I know it’s a futile endeavour: I have only one gear on my heavy steel fixie, so I’m never going to cover those 13 miles any quicker. What I enjoy is the sensation of speed, the focus, and how the combination of the two disconnects me from the emotions on the other side of the kerb – the clubbers’ aggression masked as happiness along the Embankment, or the drained, blank faces slowly turning as I whizz past a queue for the night bus near Buckingham Palace Road.

Take the speed down a notch and you can feel a warehouse emptiness about the place. Roofed by the black sky, buildings familiar in the day now seem contained, mothballed, almost unreal, as if they are locations on an empty movie set and you are the camera moving along a dolly track. The London Eye’s illuminated rim is a stilled, forlorn fairground ride waiting in vain for children to appear. The glowing maw of the Blackfriars Underpass is like the landing strip of the Battlestar Galactica. And in what could function as a metaphor for the life that takes place inside it, the theatrically close-lit Houses of Parliament appear, from a distance, to be a one-dimensional facade.

But this nightride is ultimately defined by small moments where my perception of the landscape is transformed simply by cycling through it. Being engulfed by the pitch darkness in front of Wellington Arch and emerging into the Knightsbridge streetlights on the other side is like going through a gigantic doorway into another room. And towards the end of my journey, London doesn’t even seem like London: I always notice the fresh, earthy smell of pine and grass as I turn into Queen’s Ride (petrol fumes tend to mask this odour during the day) and soon I’m pulling on the pedals to slow down for the foxes and the occasional badger scampering around Star And Garter Hill.

In the day, the sun is your spotlight. You are the central focus of your own ride. At night, the landscape is the star. You’ve just got to know where to find it in the darkness.