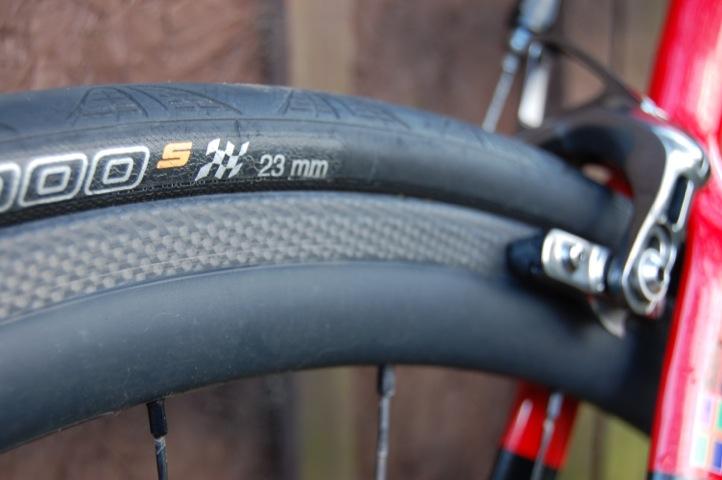 I've ridden these wheels for about a couple of months now, from dry sunny days to atrocious 70mile club rides in the driving rain, even a hundred-miler. The first time they went on the bike transformed the way the bike looked, that's not to say there's anything wrong with the shallow profile wheels I had on previously, but the increase in rim depth looks correct on an aero frame.  I borrowed my wife's hairdryer one evening (I have little use for one on my own head!) and de-stickered the wheels before putting them on the bike.

With some trepidation, I installed the skinny titanium skewers that arrived with the wheels, there's not much material on them and every ride still has me performing a cursory check to see that everything is all as it should be.  So far there's been no problems, despite my concerns about their slenderness.

I don't know what I was expecting of the change from aluminium to carbon, which is the primary reason for looking into these wheels in the first place.  I had thought that they'd feel different to aluminium wheels, and they're certainly taught and stiff in a way that aluminium isn't, but there's no extra 3mph; the variations are small.  The wheels are harder from a comfort perspective, there's less resonance and 'spring' from these wheels compared to my aluminium rims; it's like riding a carbon and aluminium frame, they're both stiff but in different ways.  On a fast ride, this is welcome as the wheels feel encouragingly solid, which is letting me to lean into corners with confidence; the bike tracks exactly where I want it.

The weight of the wheels is noticeable, they're not super light at 1,350g, but they are light enough to make the difference on steep climbs where every extra gram on the bike seems to drag you backwards.  Out-of-the-saddle efforts and sprints haven't put the wheels under any duress, there's been no uncertainty to the response. Again, this is an area that I thought may have been compromised by such a lightweight wheel, with a rim made from a lightweight material. 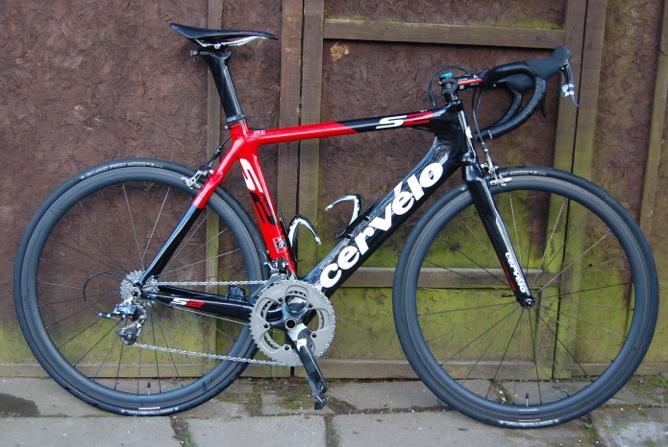 The 38mm deep u-shaped cross-sections cope with crosswinds fairly well.  One thing I noted with my bike before was that the frame would catch crosswinds, and the shallow-depth wheels wouldn’t, what this has done is evened out the way the bike behaves and made it more consistent; bike and wheels now move as one when influenced by a side wind.  That sounds odd, but it makes handling in such conditions more predictable.  A less aero bike may suffer the reverse.

There have been a couple of negatives, the first being that the rear wheel has come slightly out of true.  Writing this blog reminded me that I need to tend to this issue and a few minutes with a spoke key brought everything back in line.  The amount it was out was minimal, and not unlike some other wheels that I've ridden, which have needed a tweak up after a few hundred miles.  I was also getting a bit of brake-rub when going up very steep rises, which has now been eliminated.

The second (and main) thing is the braking, it's ok in the dry but leaves a bit to be desired in the wet!  The pads I received were Far Sports “ceramic compound” and they have performed very well except on a couple of steep descents in the wet.  Scrubbing off initial speed wasn't a problem but they took a long time to start really grabbing despite hauling on the levers with a fair amount of force.  A bit of investigation reveals that this isn't something that is specific to these particular wheels, but is more of an issue with all carbon rimmed wheels, worth considering if you plan to replace your current aluminium wheels with carbon alternatives for year round riding.

The rims have suffered slightly from the few really grim rides that they've been subjected to, with a couple of very light scars on he the braking surface.  Again, this isn't inconsistent with the wear that I would expect from a light aluminium rim when put in the same situation.

Despite the braking not being as sharp as I'd like, I've got an unexpected confidence in these wheels.  Buying directly from China has is not without concern, but so far they've performed admirably.  The initial anxieties I had about riding carbon wheels have long been forgotten and I have no apprehension riding them on a daily basis.  The way I ride isn't affected by the material, potholes/grave/cats eyes are avoided with the same determination whether carbon or aluminium.  A few friends have recommended either Reynolds Blue pads or Swiss Stop Yellow pads, so I'm going to give these a go and see if braking can be improved.

In summary: they feel nice and stiff to ride; the carbon material hasn't resulted in a lack of confidence in the wheels; braking isn't as good as aluminium; they make the bike look great.