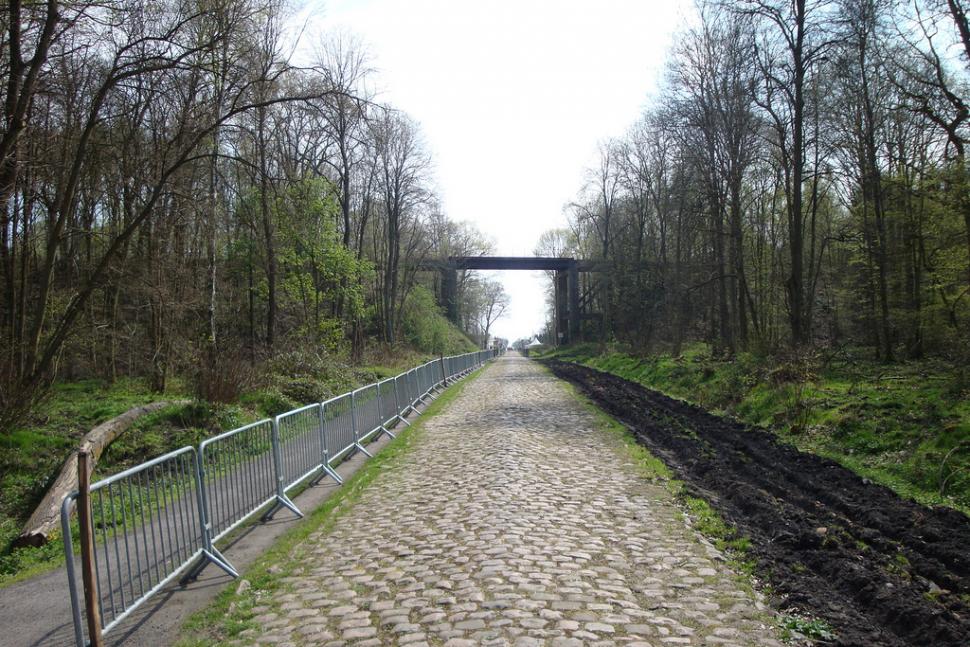 The Trouée d’Arenberg. A name that for any spring classics fan conjures up images of Johan Museeuw, Sean Kelly or Tom Boonen battling along a tortuous corridor of pavé scything through dense woodland.

For passionate road racing fans it needs no introduction. Since its inclusion in Paris-Roubaix in 1968, this 2.4km cobbled road has come to be one of the defining points in the 256km race. However, it doesn’t decide the outcome of the race, it’s too early for that, but a race can just as easily be lost here. It's here that a riders day can go from glorious to hell in a moment. A battleground for victory in the hardest and most glorious single day race in the calendar. 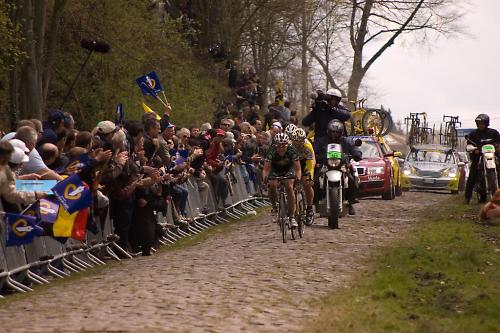 “Paris–Roubaix is not won in Arenberg, but from there the group with the winners is selected,” the famous wise words from former professional Jean Stablinski, who suggested to the Paris-Roubaix organisers that the road be included back in 1968. How did Jean know about the road? He worked in a mine under it.

A few years ago I headed out to take part in the Paris-Roubaix Challenge, the sportive that takes place the day before the professional race on the Sunday. We did what all the teams do in the days leading up to the race, we reconnoitred the course. Well, in our case just a few sections of it, starting with the Arenberg. As you do.

The Arenberg is a huge draw. Arriving there on a Thursday morning, there are throngs of spectators and cyclists, all here in the hope of seeing some of the teams taking a closer look at the pavé. That's the unique thing about the classics, you get spectators out watching the pros practising on the course ahead of the actual race. It's a good opportunity to see the riders in a slightly more relaxed state of mind ahead of the race, not that they're exactly taking it easy. We see HTC, Saxo Bank and Rabobank (this was a few years ago) smashing over the pavé. And they really do smash along, so much so that I witness one carbon fibre rear wheel explode right in front of me.

Thrilled and inspired by this sight, we emptied the van of our bikes and hit the pavé. For the pros, they will jostle for position on the fast section of smoothly surface main road proceeding the pavé sector, and hit it at speeds in excess of 60kph. It will be as close to a bunch sprint as you can imagine, the top contenders fighting for position to be the first ten to hit the Arenberg. On pavé, positioning is crucial, and being at the front is the place to be.

We ride at a more sedate pace. Even so, it’s rough. The bike jolts violently over the cobbles. Compared to Flanders, where the pavé is very smooth and well maintained, the cobbles here are big, ugly and not at all laid out smoothly. There are holes, dips and hollows to contend with. There's no smooth line, no way through this assault course. You just have to take the impacts, accept the punishment. It's going to hurt. And boy does it. A road bike shouldn't be ridden on pavé. It's just wrong.

The handlebars kick back against each impact. The saddle ricochets against the bum. The bike lurches sideways as the tyres scrabble for grip over the uneven surface. The rims pounding into cobbles jutting out at random angles. It’s rough. It's brutal. A minute passes and my hands, which I’m trying to grip the bars with as gently as possible, are beginning to hurt. It’s wretched. 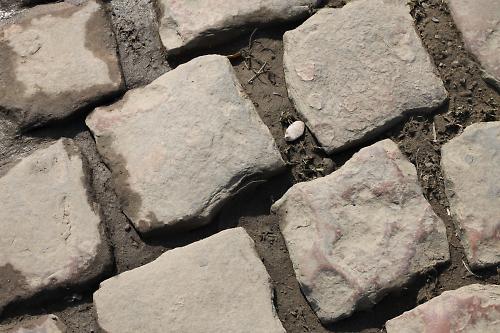 It’s a punishing ride. After 2.4km, if you haven’t wimped out and taken to the smooth gravel path that runs adjacent to the cobbles, you’ll barely be able to hold the bars. Keeping as lose a grip as possible on the bike is key, letting the bike take the path it wants to take over the cobbles is paramount, staying relaxed on the bike, yet all while trying to push hard on the pedals. It’s not the place for low gear spinning this, you have to push a higher gear and adopt a lower cadence approach. That helps you control the bike bouncing and jumping between your legs. Keep your speed high and float over the top of the cobbles.

It may be ‘only’ 2.4km long, but god almighty it feels like forever the first time you ride it. I feel like I should be on a mountain bike with several inches of suspension travel.  Anyone who really cares about their bike will be horrified at the sound track that accompanies riding the Arenberg. It’s not the place for your best bike. Or those expensive carbon wheels. The metallic sound of the rim smashing into the cobbles, the spokes twanging, the chain slapping on the chainstay is an eye-opening, buttock-clenching audio backdrop to riding one of the most feared roads in cycle racing.

When you first enter the Arenberg, you notice that the road isn't actually flat, like you half expect it to be. It actually descends away under the railway bridge, before rising towards the end from the halfway point. On a regular road you would barely notice it, but on this surface it makes a significant impact on the power output required. So you start off feeling quite good, pushing the big gear, settling into the bumpiness. And then the gradient shifts up, and the speed becomes much harder to maintain. By now of course you've been bounced around so violently so you can't think straight. You just have to grit your teeth, lock out the pain and focus on the end of the pavé.

The end soon comes into view. By now your whole body is tingling. Your soles will be burning from the vibrations, heart rate will be in the red, breathing will be heavy and laboured. It only takes fives minutes or so, but at the time it's the hardest thing you'll ever have done on a bicycle.

It’s a unique experience. It’s a road that every cyclist needs to ride, even just once. Some people talk about famous mountains you have to climb. Well, just make sure that alongside Alpe d’Huez, Col du Tourmalet and other such iconic cycling roads on your list, that you include the Arenberg. It's an absolute must-ride. Because once you’ve ridden it, you’ll come away with so much more appreciation for just how hard it must be for any pro to win this race. You’ll never watch Paris-Roubaix the same way again.

1
Tao Geoghegan Hart wins the Giro d'Italia
2
Cyclists take over local paper's 'Me and My Motor' feature after inundating them with bike submissions
3
Woman arrested on suspicion of manslaughter after female cyclist killed
4
Near Miss of the Day 485: “You should know better” – 4x4 driver carrying road bikes makes close pass on cyclist
5
Hunt introduces 42mm deep Limitless gravel wheel with the promise of “maximum aerodynamic benefit”
6
Jail for speeding driver who killed cyclist in Norwich
7
Assos releases 2021 Equipe RS winter range based around a £575 jacket
8
Near Miss of the Day 486: Lorry driver cuts across cyclist at roadworks in "terrifying" overtake