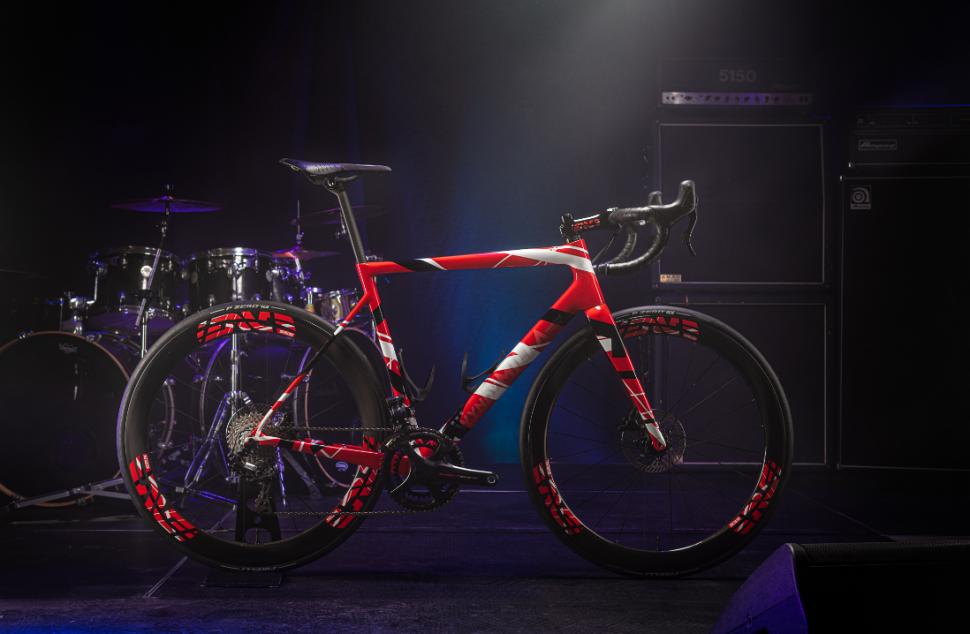 Made for a Van Halen superfan, the paint job mimics the famous Frankenstrat guitar used by the late guitarist
by Jack Sexty

British custom bike specialist WyndyMilla has revealed a special one-off tribute to the late guitar legend Eddie Van Halen. Commissioned by a lucky (and no doubt very well off) Van Halen superfan, the bike is based on WyndyMilla's Massive Attack racing bike and features an eruption of custom colour, plus top-of-the-range finishing kit throughout.

> 25 of the best handbuilt frames 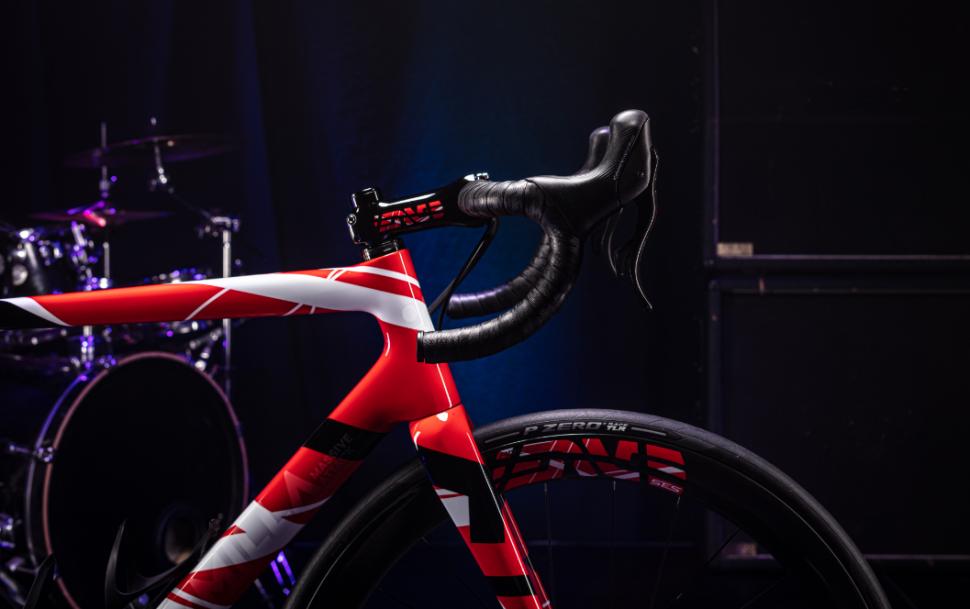 After Eddie Van Halen passed away in October 2020, the Van Halen/cycling fan from Mexico City (not Panama unfortunately) put in the request through a local WyndyMilla dealer, and the brand says it has "spent the winter" making the bike a reality. If you're a Van Halen fan then the paint job will be very familiar, as it's based on the artwork that features on Eddie's famous Frankenstrat guitar. It turns out the main colour of the guitar's body was actually based on a red used by the famous Chicago-born Schwinn Bicycle Company, so WyndyMilla's in-house paint studio Gun Control Paint used an identical colour for the bike. 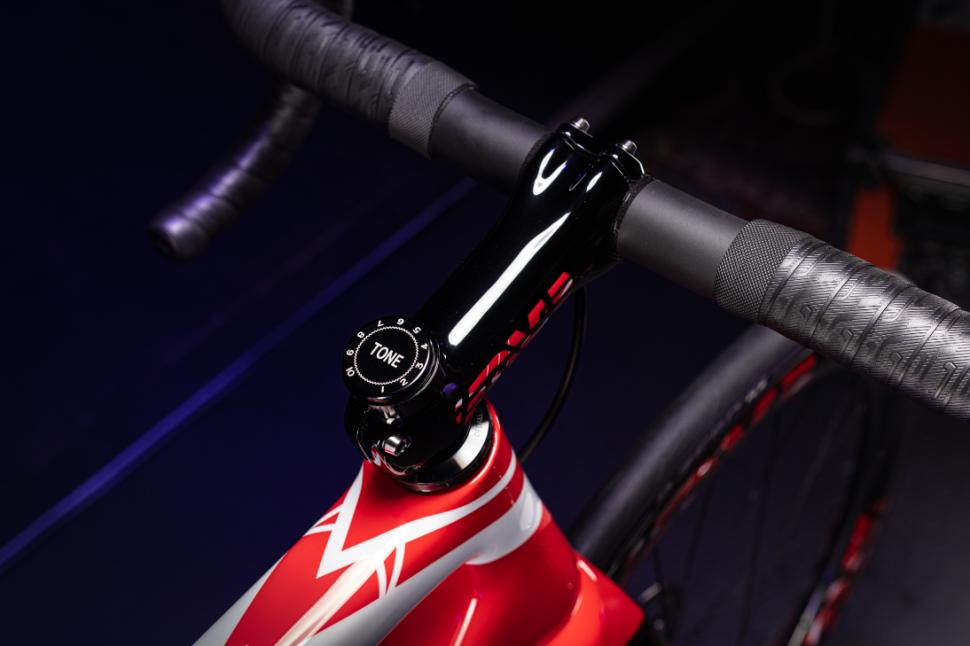 Those who know about the legend of the Frankenstrat guitar - Eddie's successful yet unorthodox attempt at blending the sound of a Gibson with the looks of a Fender Stratocaster - will recall that it only had one control knob that said 'Tone', even though it actually controlled the volume. In tribute to this, the bike's top cap is laser engraved to mimic the font of the control knob on Eddie’s original guitar. 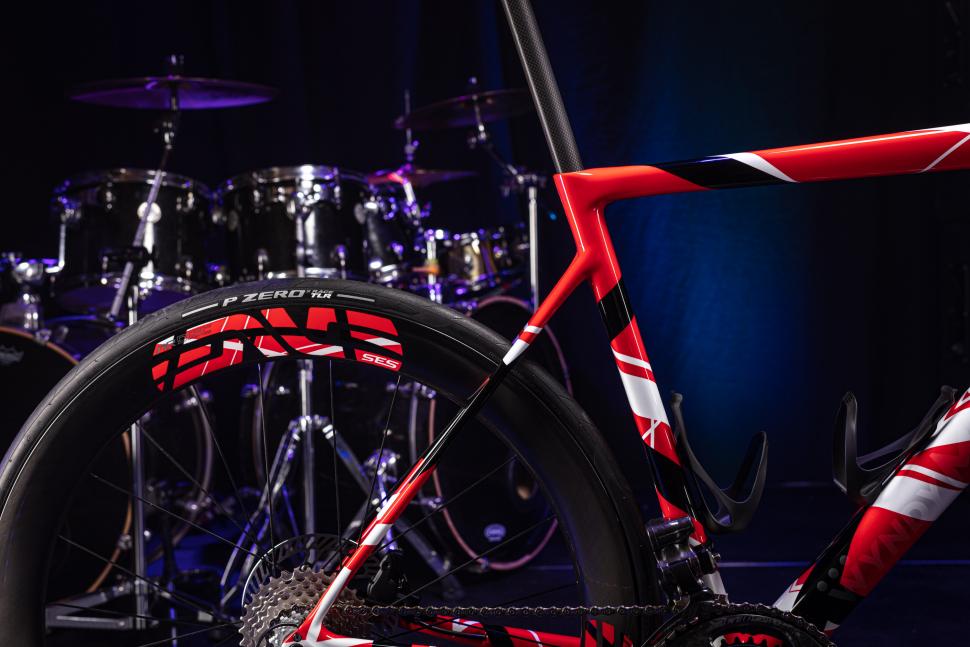 The frameset itself, a WyndyMilla Massive Attack, is made using a blend of Toray T1000 fibres laid up into monocoque parts, that are then put together using a tube-to-tube construction technique. The finishing kit is high-end and befitting of a bike this unique, with custom-painted Enve carbon wheels and a Campagnolo Super Record EPS groupset.

Last year WyndyMilla merged with Spoons Customs - who specialise in custom steel frames, and WyndyMilla says it has had "a more detailed approach to design, where the designer works closely with paint team" since the merger. The company says it will launch a crowdfunding campaign soon via the Spoons Customs website.