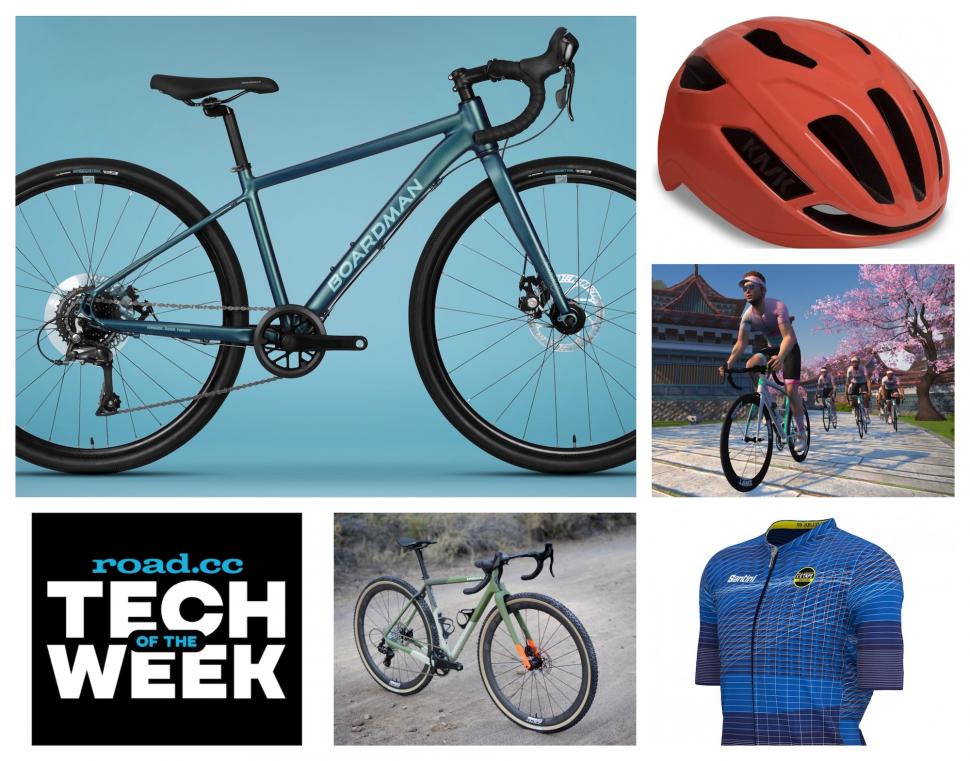 Would your kids like a Boardman JNR bike for Christmas? Plus all of the rest of the week’s tech news from Zwift, Rapha, Kask, Raleigh, Santini and more

Check out the week's big tech releases, including new roads on Zwift and a new helmet from Kask
by Mat Brett

We've got loads of tech news to tell you about this week, including a very cool new all-road bike from Sarto and your chance to bag a bargain from Rapha, but we're starting with Boardman's first premium junior range since 2014, just in time for you-know-what.

Boardman Bikes has introduced a new range of premium JNR (Junior) bikes, its first since 2014, comprising six models from a 12in balance bike right up to models with 26in wheels.

Five of the models are inspired by Boardman’s HYB (Hybrid) range, which means they’re designed to be versatile enough for tarmac, grass and gravel. Boardman says the weight has been kept low, and there has been a focus on size-specific components, such as brake levers, handlebars and saddles.

The sixth model in the range is a 26in-wheeled version of a Boardman ADV (Adventure) bike with drop handlebars intended to allow kids to ride faster on mixed terrain. 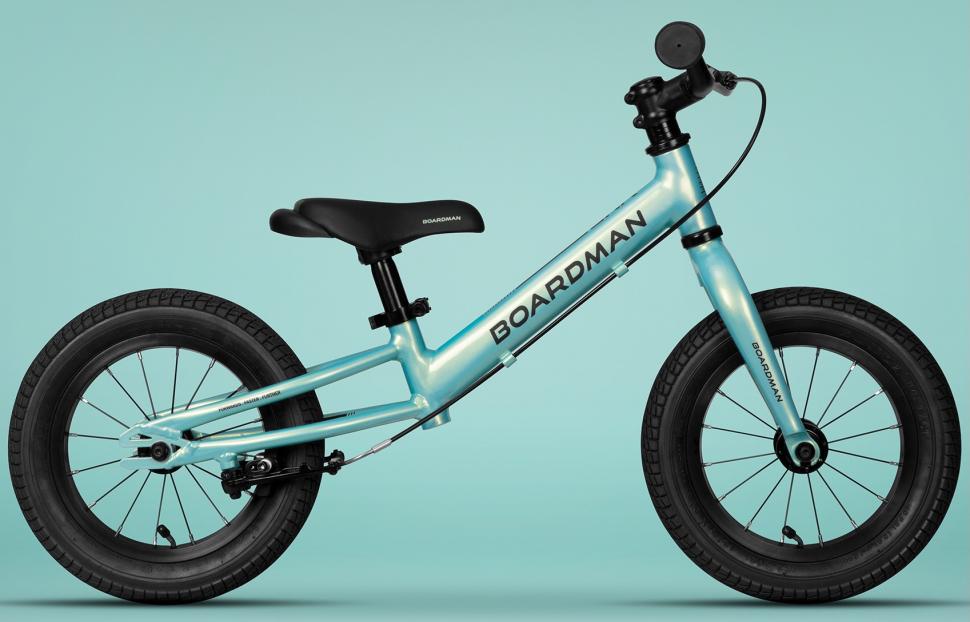 The JNR 12in Balance comes with a triple-butted aluminium frame and a Tektro mini V-brake. 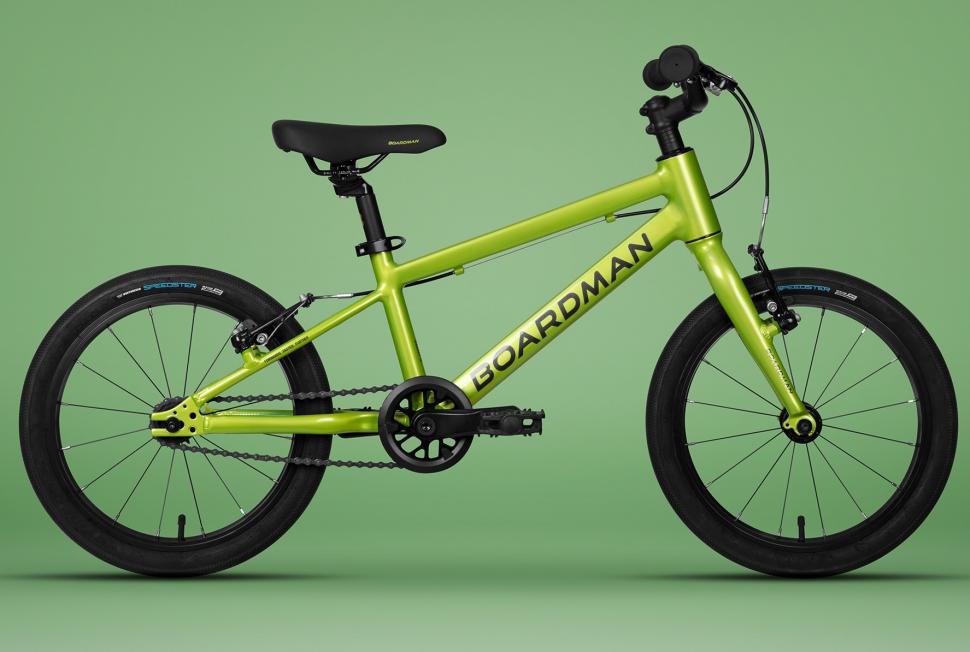 This one is designed to provide the progression from balance bike to pedal bike. 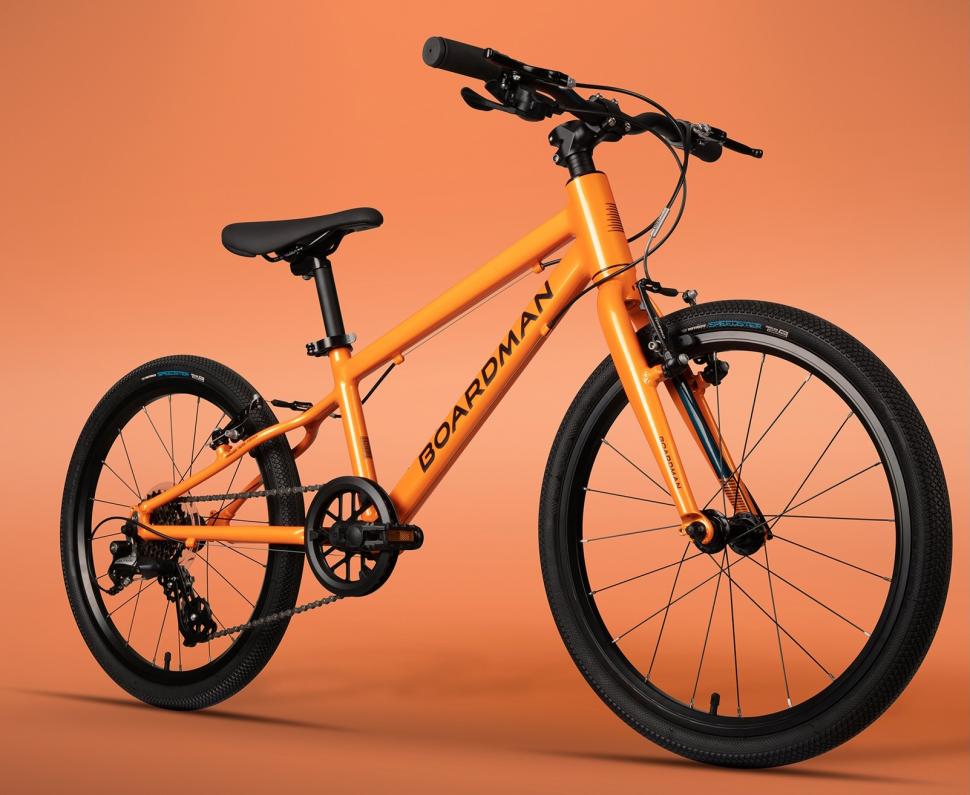 The Boardman JNR 20in comes with a Shimano 7-speed drivetrain. 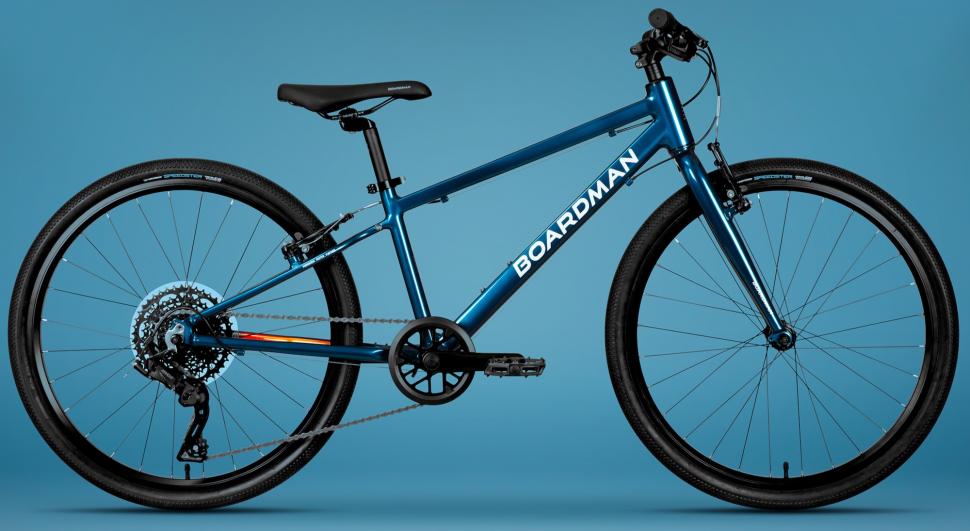 This one has a 9-speed Microshift system. 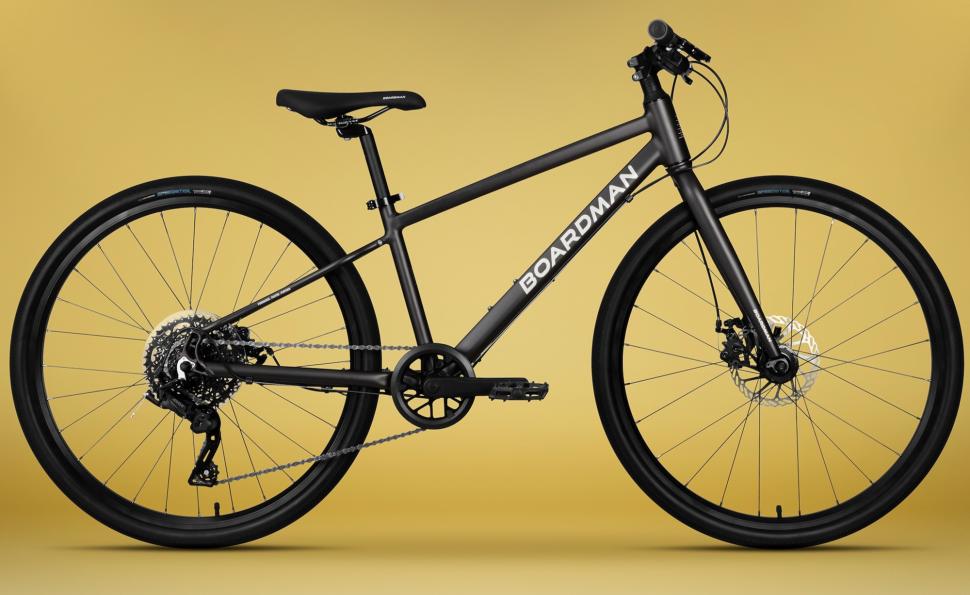 Boardman calls the JNR 26in a premium adult bike, just in a smaller size. 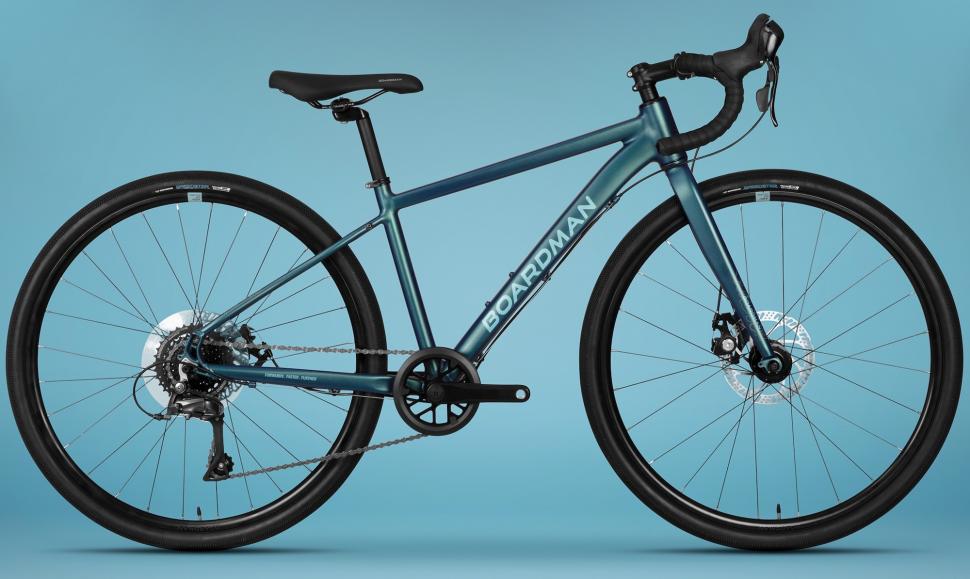 Online cycling app Zwift has launched a new Tour of Makuri Islands, offering users the opportunity to explore the roads of its newest world. 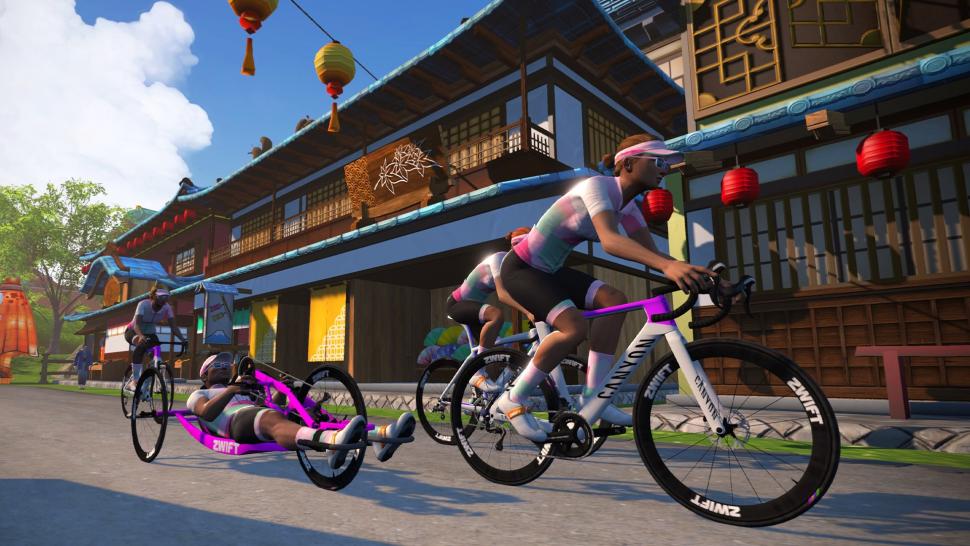 “The Tour of Makuri Islands lets you complete the series how you want, when you want,” says Zwift. “For the traditionalist, take part in the organised Tour of Makuri Islands group events on the event calendar. For the socialite, check off a stage with your friends in a Club event or MeetUp. For the most competitive, complete a race on the scheduled course and for those training, complete a stage while doing a workout. It really is the most convenient way to progress through a tour while staying on track for your fitness goals.”

The six stages to the Tour of Makuri Islands cover all corners of Makuri from Yumezi, “a fantastical countryside destination with lush green fields, ginkgo forests and cherry blossom trees”, to Neokyo, which is “filled with towering buildings, eye-popping neon billboards and glistening fast roads”. 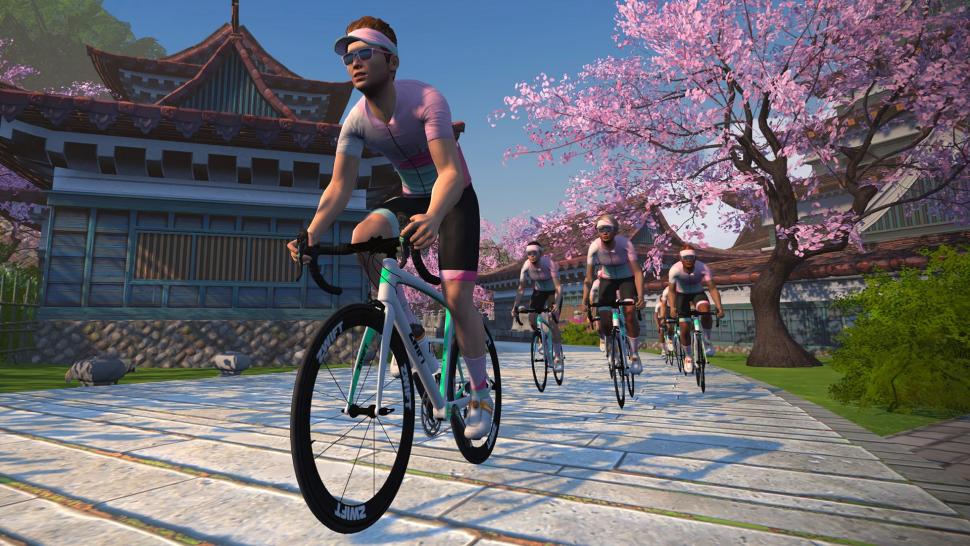 The first four stages will be on Neokyo and Yumezi with the final two held on the unreleased Urukazi map. You can choose between long and short rides for each stage.

Italy’s Kask has introduced a new helmet called Sintesi that’d designed as a one-stop shop for riders who like to mix things up, whether that’s on road, gravel, or trails. 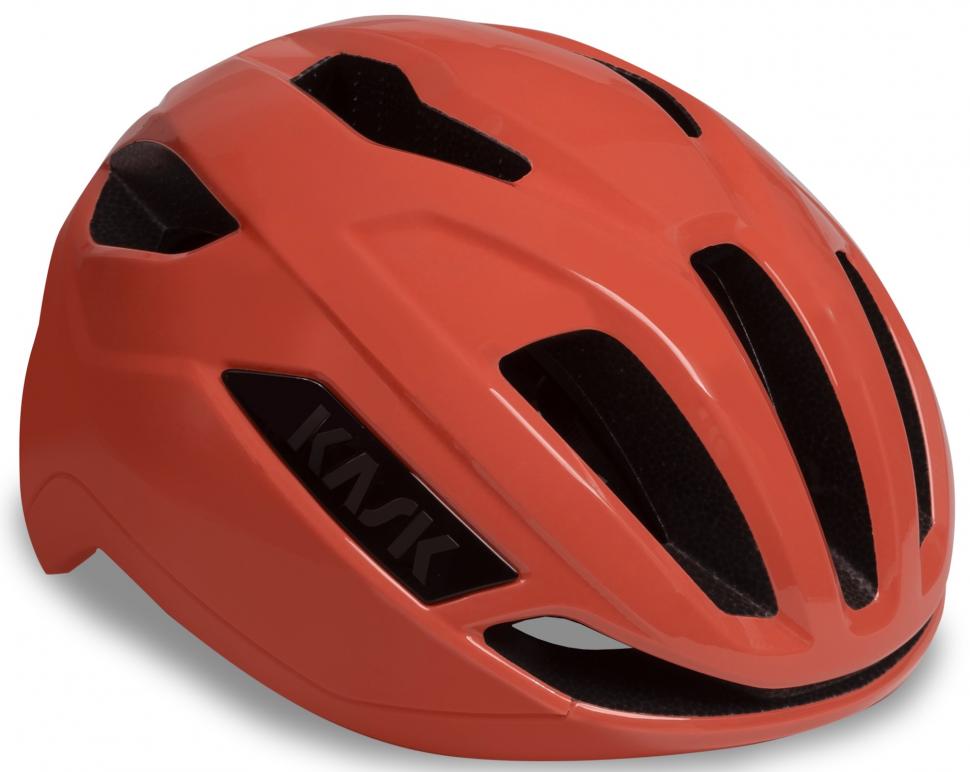 The Sintesi comes in at a claimed weight of 230g (in size medium). One has arrived for review here at road.cc and we’ve weighed it at 237g, so near enough. That’s pretty low.

The helmet features an EPS (expanded polystyrene) shell and polycarbonate outer shell, breathable, antibacterial/antistatic Blue Tech padding, and Kask’s Ergo Fit adjustment system. The three strap anchorage points are positioned out of sight in the side and rear inserts on the outer shell. 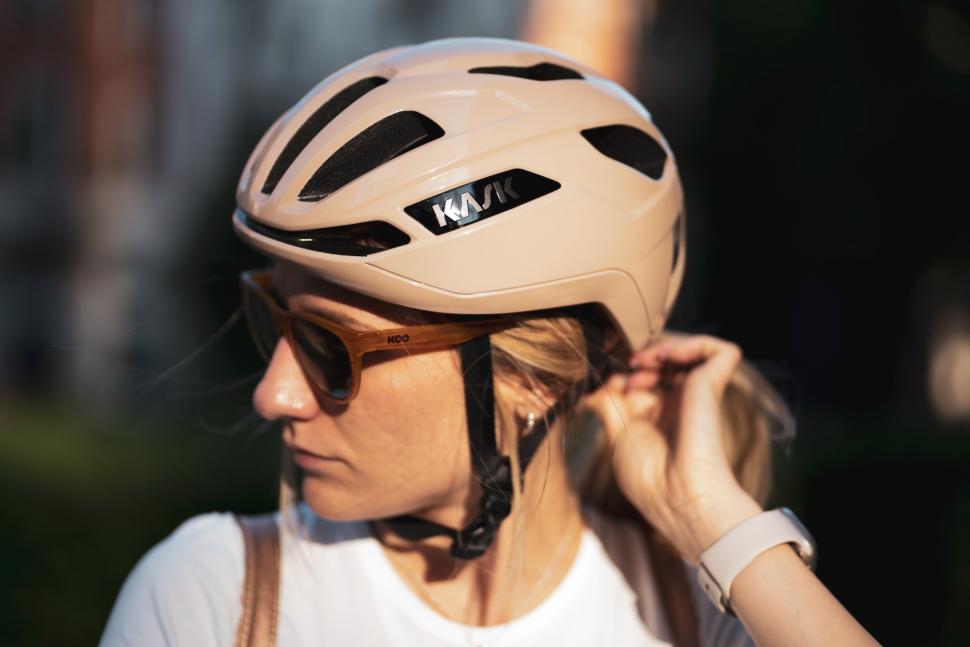 Kask says, “Like every helmet in the range, the new Sintesi was developed using the Kask Rotational Impact WG11 Test, an internal protocol… which measures the performance of its helmets against rotational impacts.”

> Kask WG11 vs MIPS: which cycling helmet technology is best?

The Sintesi features reflective detailing to improve visibility in low-light conditions and is available in 11 different colour variations.

The Kask Sintesi retails at £90.

Rapha will be holding two Archive Sale Pop-Ups this month, one in Birmingham (11-13th November) and the other in Bristol (18-20th November). 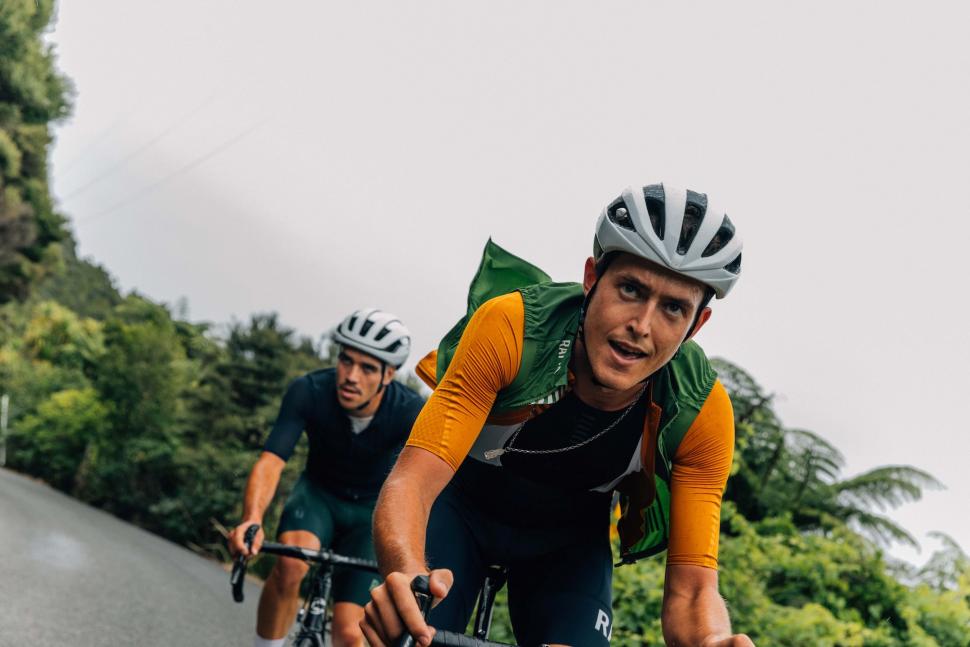 “Packed with a wide range of clothing and accessories, the Rapha Archive Sales will offer reductions of up to 70 per cent on products from past seasons,” says Rapha. “RCC members will enjoy priority access.”

You can find more info and sign up for the Birmingham Archive Sale Pop-Up here and for the Bristol one here. 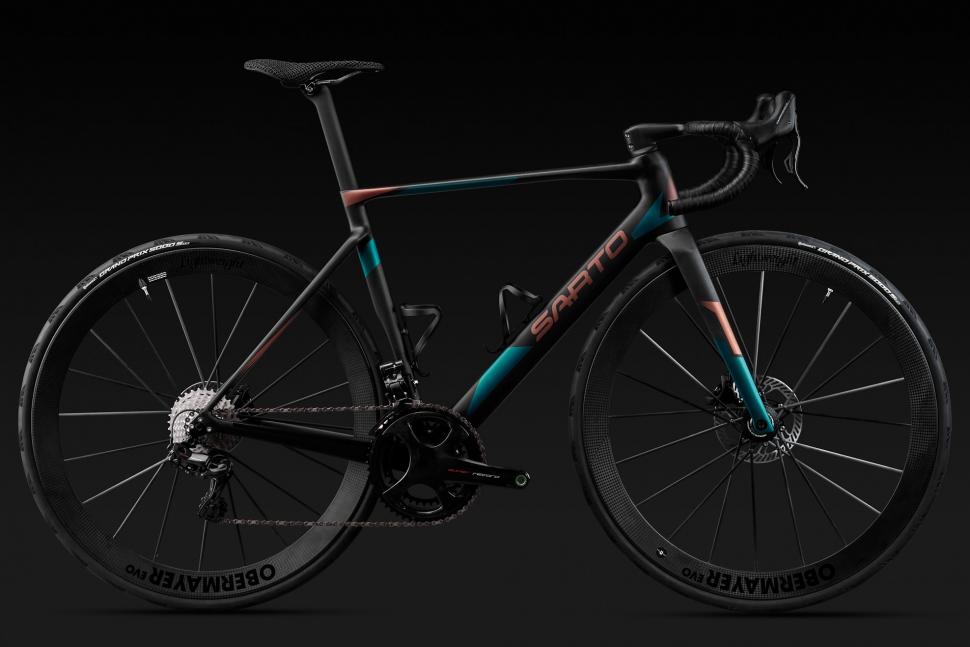 “Created to unite race speeds with the comfort of an endurance bike, Raso is the new all-road model… designed to ride fast and feel smooth on the roughest roads to bring aero to every ride,” says Sarto. “Smooth transitions between sections emphasise the frame’s fluid design, complemented by aggressively truncated, custom-formed tubes orientated to meet the wind at every angle.

“Thanks to an innovative frame layup and design concepts like vibration-dampening seatstays, Raso is made to offer stiffness, strength, comfort, and with room for up to 35mm tyres, the versatility to float over any road at speed.” 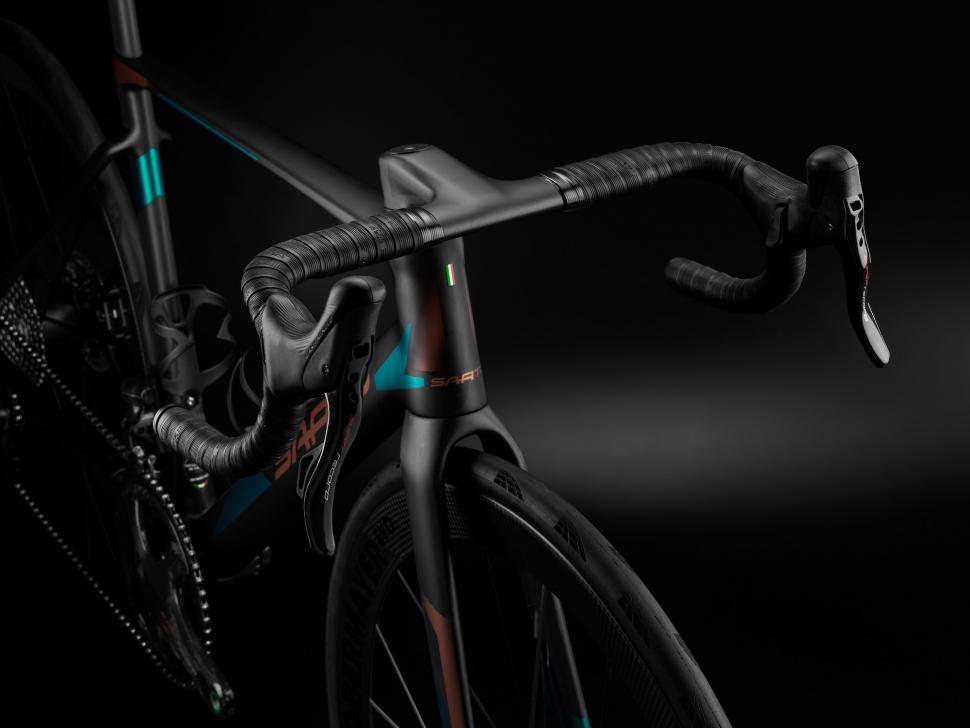 Raso’s handlebar features 25mm/10.75° of flare, with a 125mm drop and 75mm reach. Like all of Sarto’s models, Raso can be made to measure with the paint finish added in-house. However, it’s also available off the shelf. Prices??

If you’re hoping to ride L’Étape du Tour de France 2023 – which takes place from Annemasse and Morzine in the Haute-Savoie department on 9th July – Santini has unveiled its men’s and women’s clothing collections. 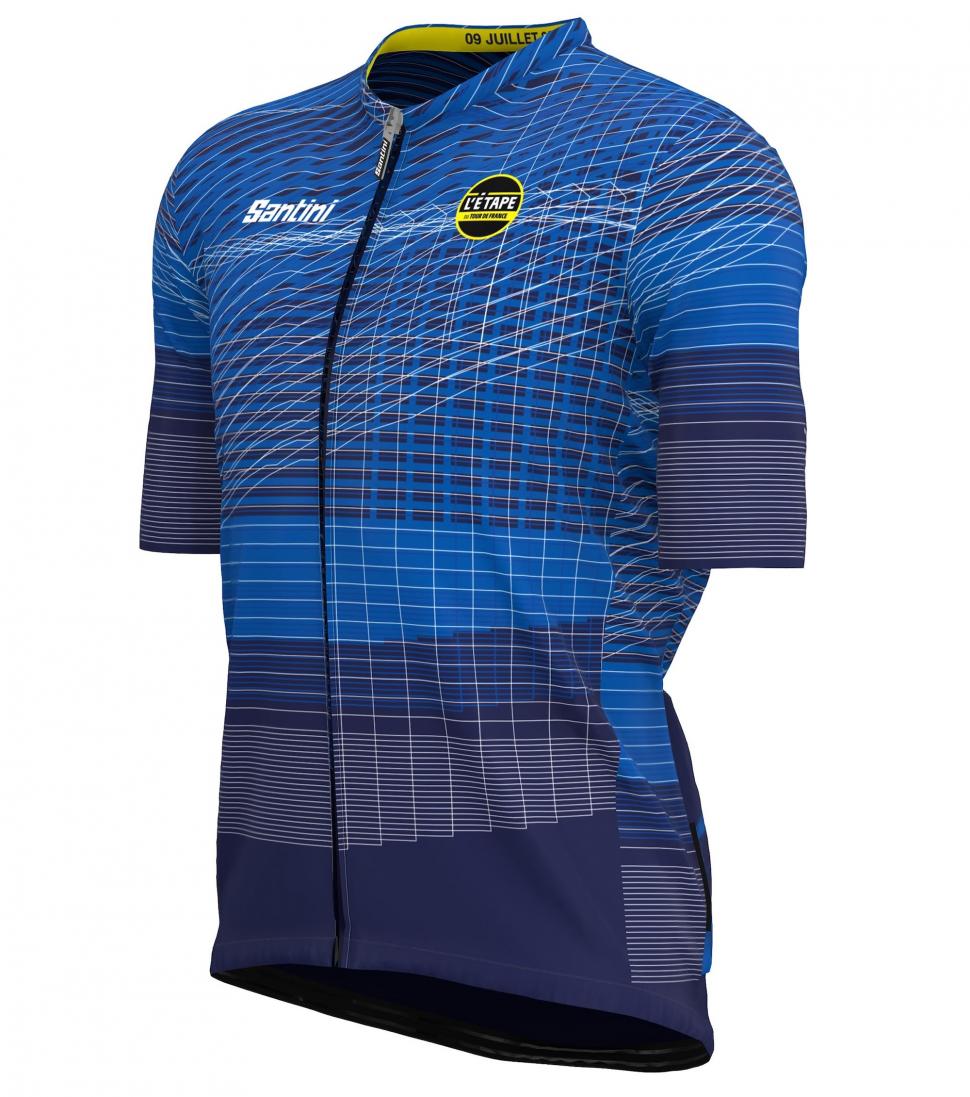 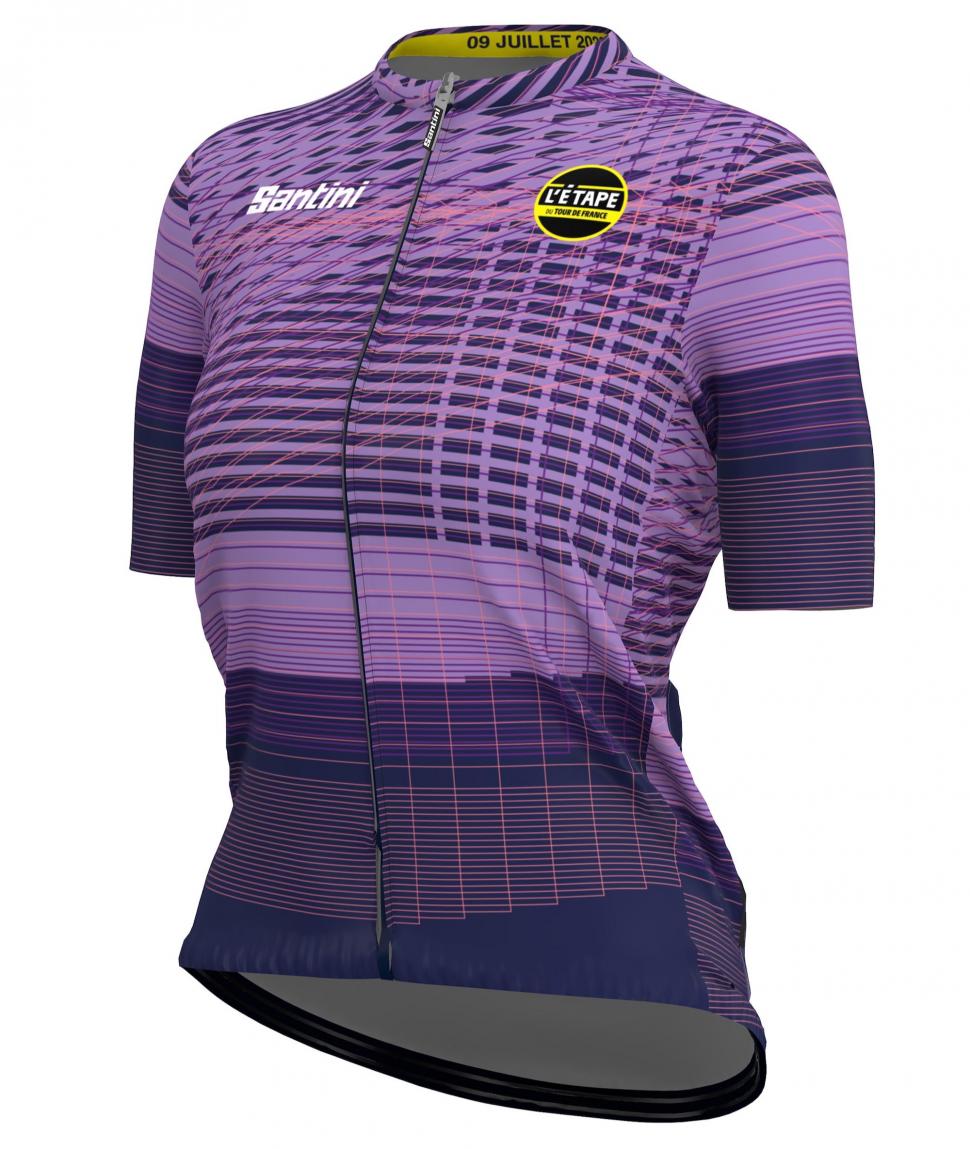 “The design takes its inspiration from the outlines of the climbs the riders will tackle along the route and also pays homage to Haute Savoie itself with a white cross on a red background,” says Santini.

The items are available to pre-order now with delivery next June.

If you were a young teen in the 1980s, you might remember that the Raleigh Burner was up there with Dexys Midnight Runners and Pac-Man as one of the coolest things you could possibly imagine. Oh, and the ability to do the Rubik’s cube, of course… but I digress. Anyway, Raleigh is bringing back a 1980s-inspired limited edition Tuff Burner to mark the model’s 40th anniversary. 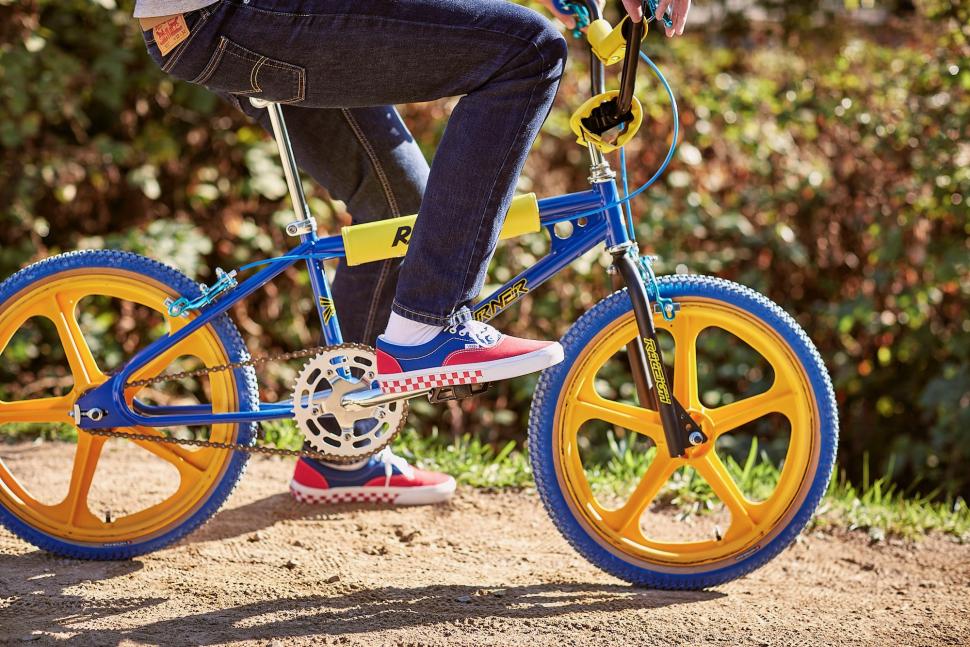 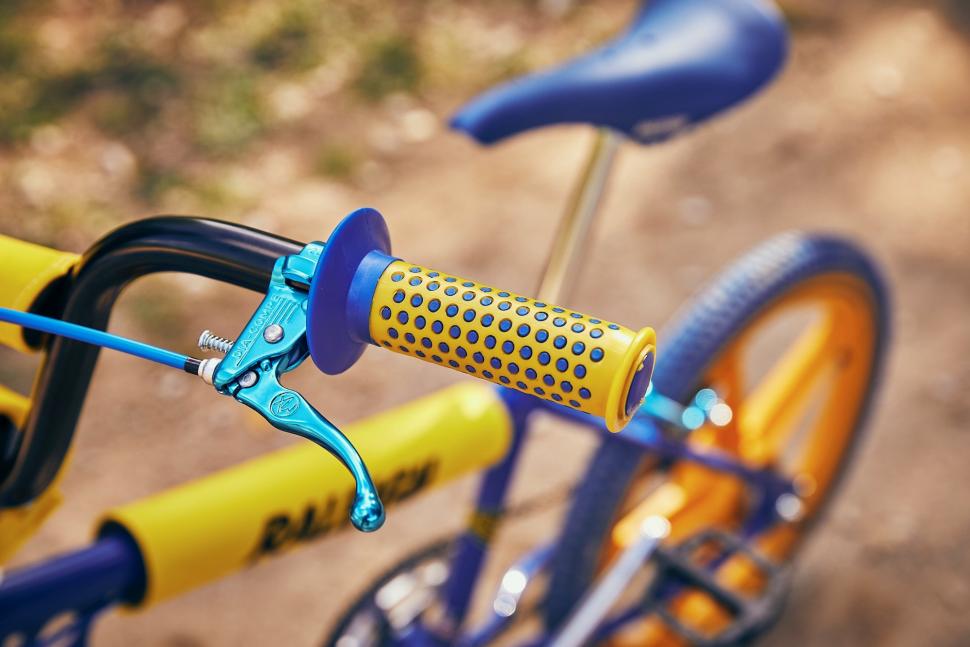 If you want to get your hands on the limited edition Tuff Burner you can pre-order one via the Raleigh website. The price is £600.

Chrome has introduced the Storm 415 Boot to its lineup, designed with a leather upper, a breathable, waterproof membrane and taped seams to keep your feet dry. 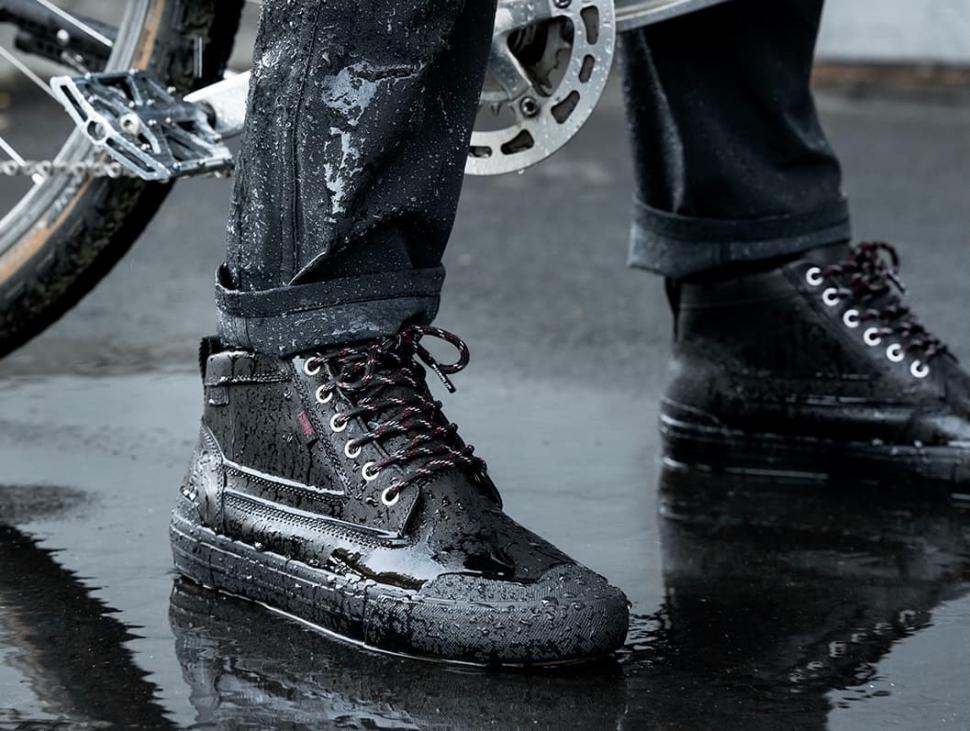 “With an athletic aesthetic, this versatile boot has been designed to perform whether you’re riding bike, scooter or even skateboard,” says Chrome.

You get a vulcanised rubber outsole with a slip-resistant tread pattern, rubber toe caps and bumpers for durability, and a reflective heel pull.

The Chrome Storm 415 Traction is available in black and brown/red and is priced at £158.

After three years of development, US bike brand Argonaut has released its GR3 custom carbon gravel bike – the GR being short for Gravel Racer. 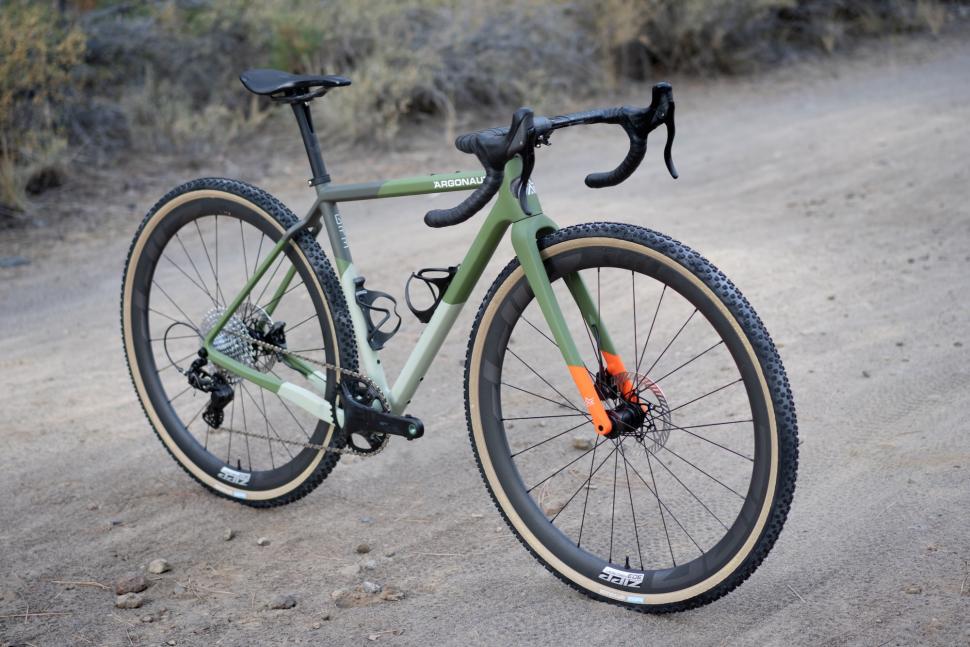 It comes with clearance for tyres up to 50mm wide and 415mm chainstays.

“The low 75mm bottom bracket drop and slack 68.5° front end allow you to fly downhill, skip over ruts and rip through corners faster than you ever thought possible,” says Argonaut. “Every customer gets a custom carbon layup pattern, delivering unique ride quality through the refinement of torsional stiffness and vertical compliance.” 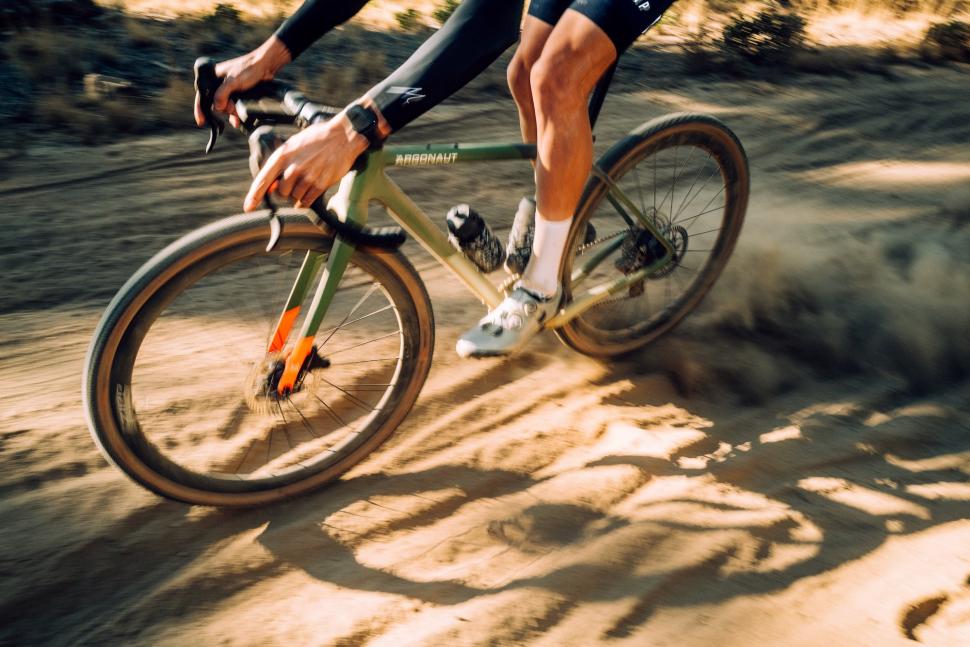