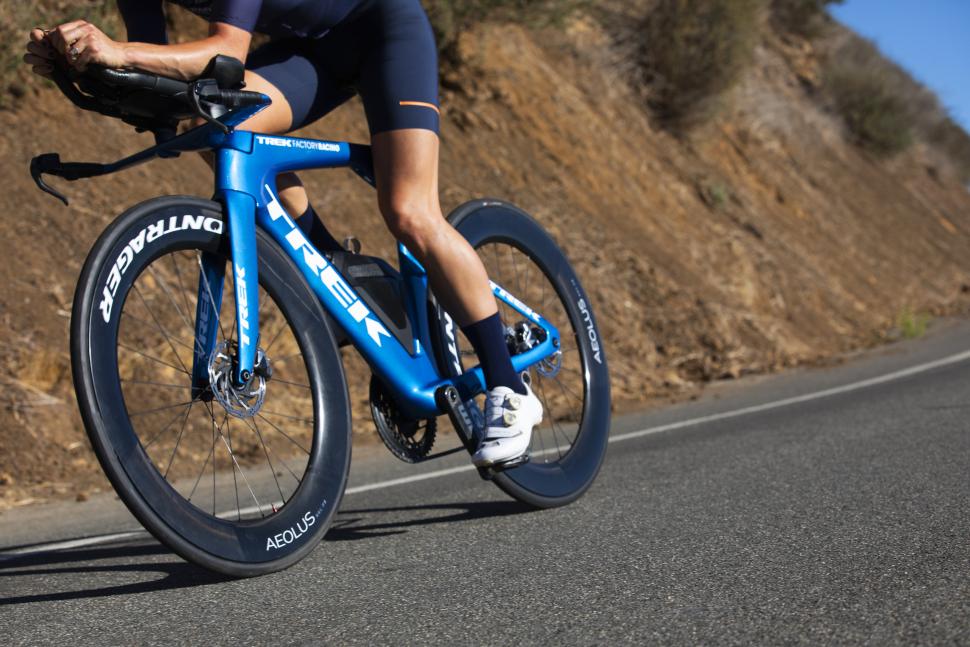 New integrated storage and hydration solutions give no aero penalty and most parts can be adjusted with just one or two allen keys, says Trek
by Anna Marie Hughes

Trek has unveiled the latest generation of its Speed Concept triathlon bike that it claims is “the fastest we’ve ever tested” thanks to the full integration of accessories and hydration, plus it also has improved tri-specific comfort technology. There is also a TT frameset only option designed for UCI TTs, with a slightly tweaked geometry for fast and nimble TTs, and without all the triathlon features for lightweight gains. 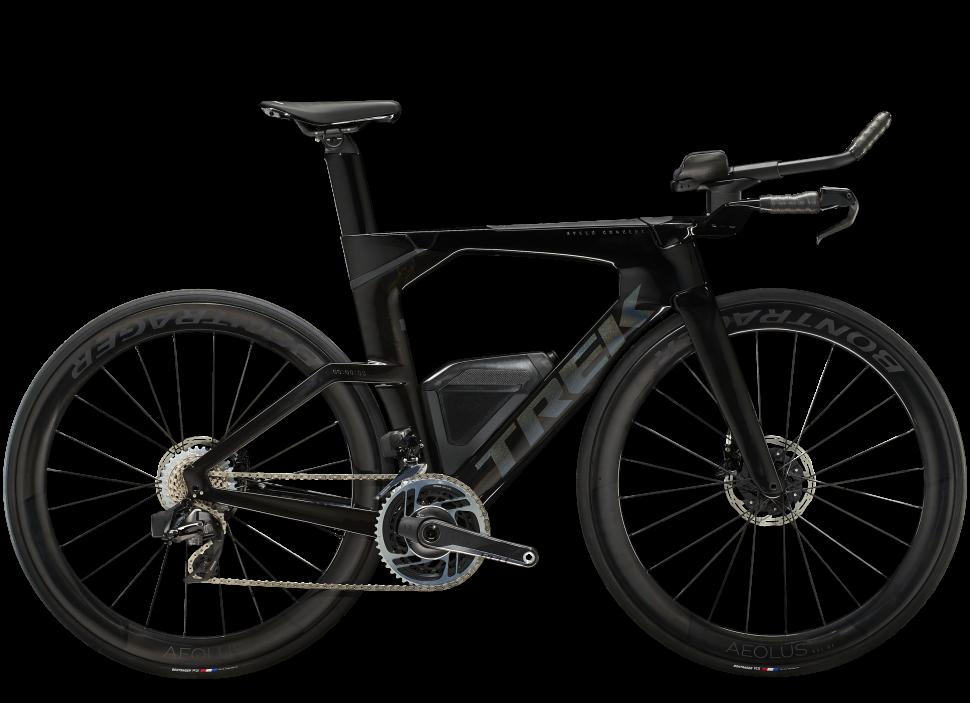 Trek claims the new disc-brake Speed Concept is 16 watts faster than the previous iteration at 26mph, around the average pace of an Ironman World Championship winner: “This kind of speed is only obtainable thanks to the expertise of the Trek Performance Research team’s multi-year quest of computational fluid dynamics (CFD) optimisation through the power of supercomputers,” says Trek. Trek's IsoSpeed decoupling system to add comfort and reduce fatigue makes an appearance on the Speed Concept... and Trek's big claim is that the new version is a whopping 40% more comfortable than the previous iteration. How that is measured or how you'd decipher than a bike is 40% more comfortable than another one Trek doesn't say, but what it does tell us is that the IsoSpeed pivot has been moved forward "in order to match the forward weight bias of triathletes." 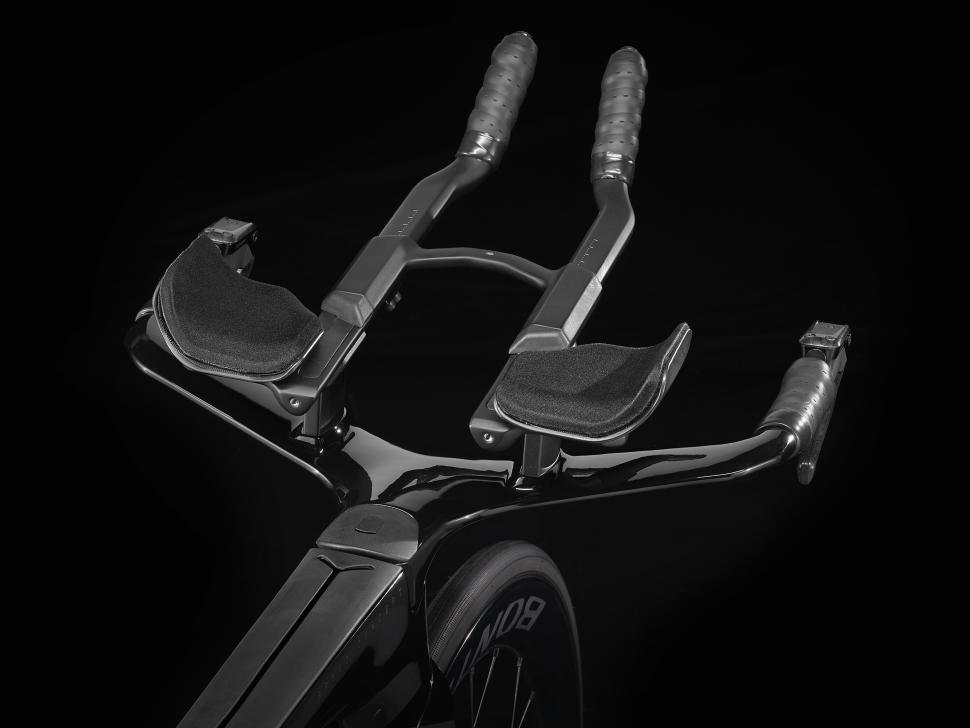 To accommodate the varied positions of its intended users, the Speed Concept has a wide fit window. “Adjustments are simple –most can be made with one to two allen keys –and removing the bar for travel while preserving position is easy,” Trek explains.

Trek points out that riders will be able to carry all the supplies they require - water, drink mix, gel, food, puncture kit, a cycling computer - with “absolutely no aerodynamic penalty” thanks to its integrated storage solutions. “A between-the-arms bottle smooths turbulent air and lets the rider hydrate without leaving the aerobars,” says Trek. It's also easily refillable during a ride thanks to an integrated silicone port.

Then you’ve got a bento box that has been integrated into the top tube for holding nutrition for an entire race - it can store up to eight gels, says Trek. Moveable dividers are included to let riders customise the space, and Trek adds that the entire box is also dishwasher safe.. 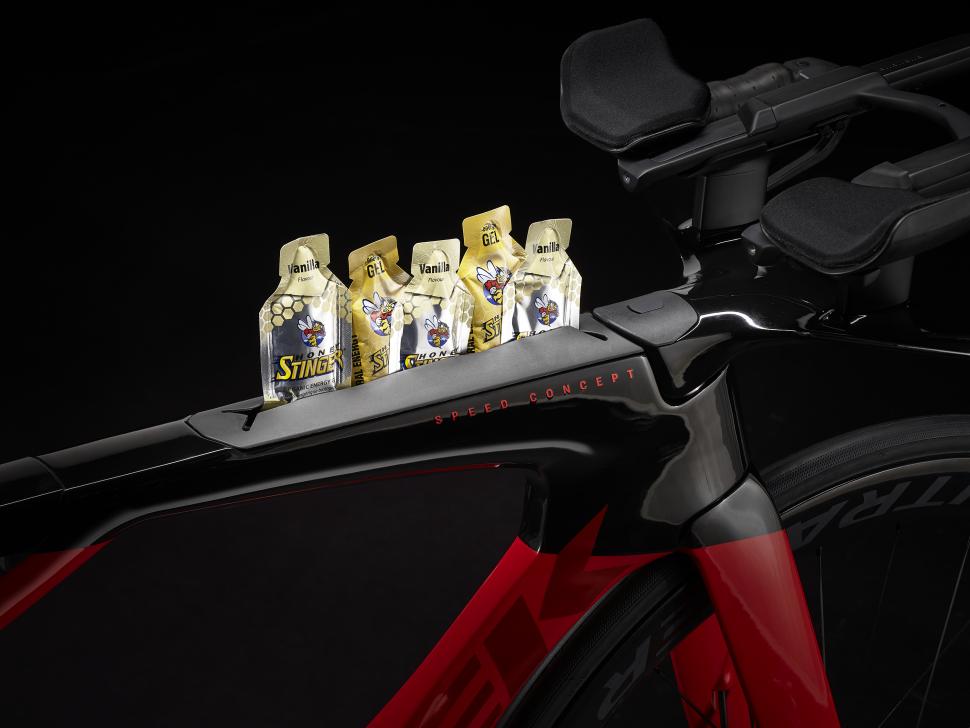 The Speed Concept has a hidden storage compartment that’s designed for holding a tube, CO2, inflater head and a tyre lever.

There are four models available:

Trek will also be selling TT frameset, specifically designed for UCI TTs. It loses a lot of functionality of the Triathlon bike (IsoSpeed, bento box, puncture kit) in the name of lightweight and simplicity.

“The geometry is also subtly tweaked to be better for fast/nimble TTs vs long days in the saddle for long-course triathlons,” says Trek.