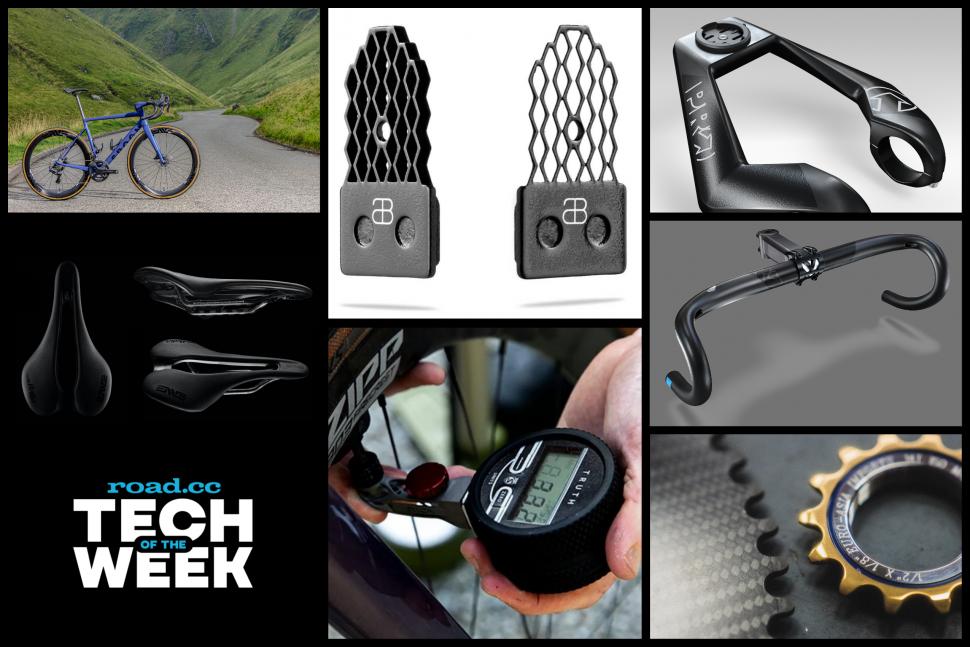 The newest, lightest, highest-performing, most efficient, most accurate and most expensive components and kit out there....
by Jamie Williams

Catch up with all of this week’s big (and not so big) bike and equipment news this week! There's some high-tech stuff including brake pads that claim to be the best in the world, a tyre pressure gauge which claims to be the most accurate in the sector, details on Ganna's record attempting drivetrain, lightweight components from PRO and some stuff that's just been cut open...

The unique design claims to increase the surface of the disc pad backplate which enables more exposure to wind, hence improving cooling and therefore performance. 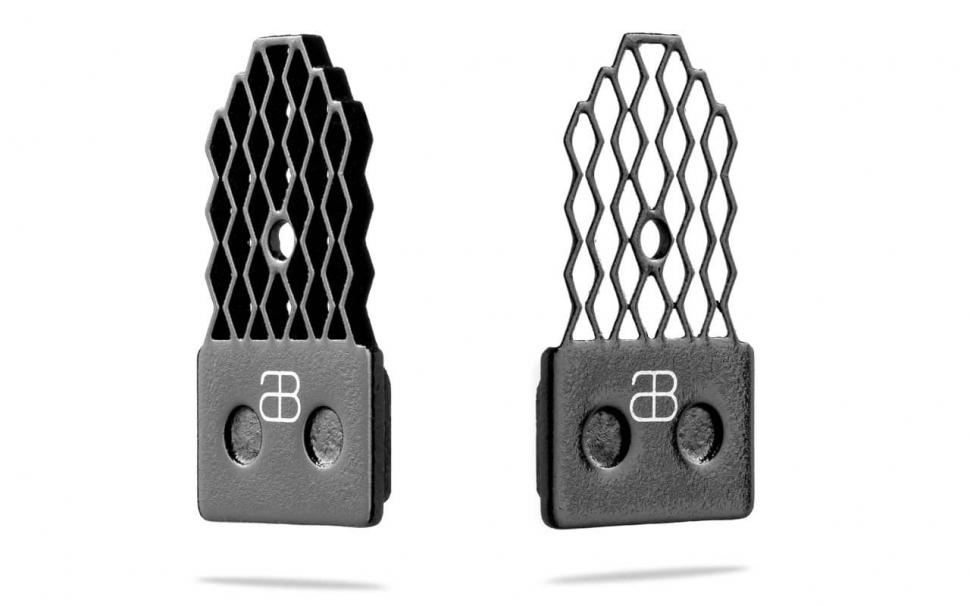 Options include Disc 34 for Shimano Dura-Ace (compatible with many Shimano road callipers) and Disc 35 for Sram eTap AXS. Both variations cost a whopping £49.99 per pair and claim to last 8,000km in "hilly terrain". There are also options for Shimano XTR, Deore and Sram G2 brakes so off.road.cc can join in the fun...

Absolute Black claims the use of a new friction compound, which uses specially modified graphene to eliminate copper ahead of new regulations, allows for improved braking performance, durability and heat transfer. You can check out the results of its testing on the Absolute Black website. What do you think the brand will be adding graphene to next? Let us know in the comments section below. 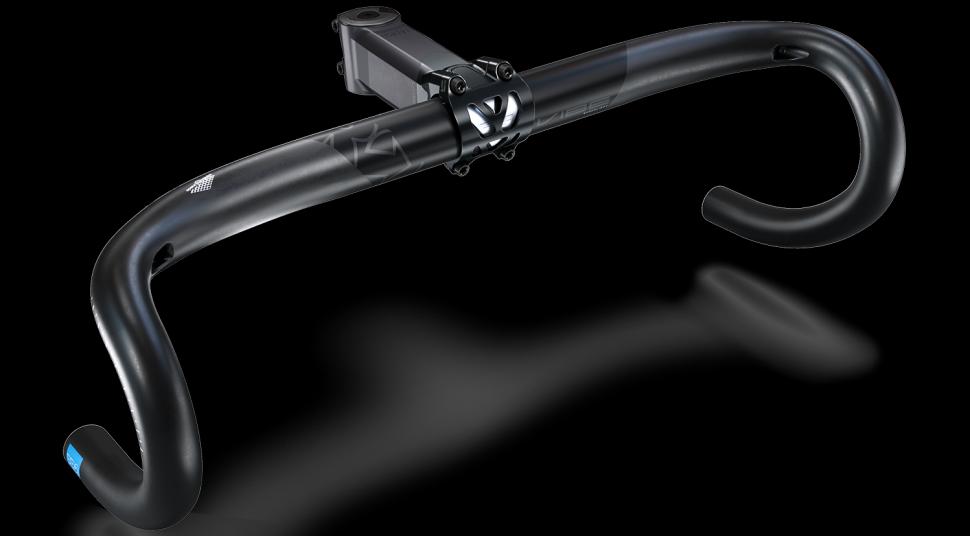 The handlebar is available in 38cm, 40cm and 42cm widths, and will also make your wallet significantly lighter at £379.99. PRO says the high-grade UD T1100 carbon lay-up includes Innegra fibres for improved impact resistance, and the bar is designed to also be ergonomic and comfortable.

Meanwhile, the £159.99 7075 alloy stem is available in sizes from 70mm up to 120mm and has a +/-6 degree angle. PRO says that internal cable routing has also been considered for "seamless integration".

PRO has also released a host of accessories including a stem expander cap (£29.99) for both 1 1/4" and 1 1/8th" carbon steerers that's said to be 40% lighter than the brand's previously lightest expander, now weighing just 16g. There are also these carbon clip-on aero bars designed for gravel and/or triathlon use. The £149.99, 135g clip-on comes with mounts for Wahoo, Garmin and Bryton computers as standard, and is constructed from unidirectional T700 carbon fibre. It's compatible with 31.8mm bars and is sure to be a popular choice at fast gravel races.

The new saddle is based heavily on the Selle Italia SLR Boost, but cuts weight to just 130.5g with carbon rails and 161g with titanium.

Like the SLR Boost, the saddle is available in 130mm or 145mm widths and features a large central cutout aimed at reducing pressure on perennial tissue. The upper material is an all-new affair; Enve call it 'Soft-Tek', which is a special polyurethane cover with custom perforations and "subtle branding" to provide performance without adding unnecessary weight. 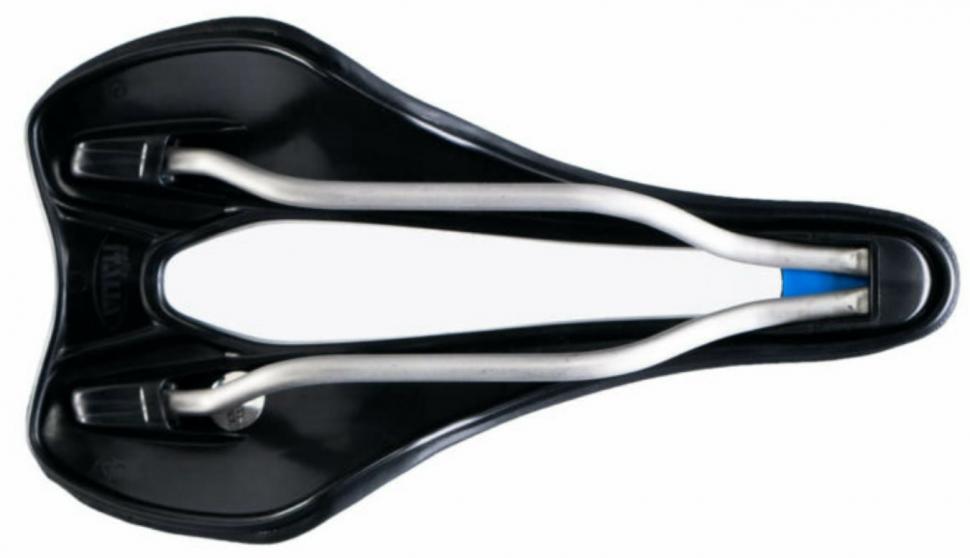 Spoon Group Ltd, the company created when bike brands Spoon Customs and WyndyMilla merged in 2019, has closed a funding round totalling £740k. The company says that this investment will enable Spoon to realise its ambitious growth plans. 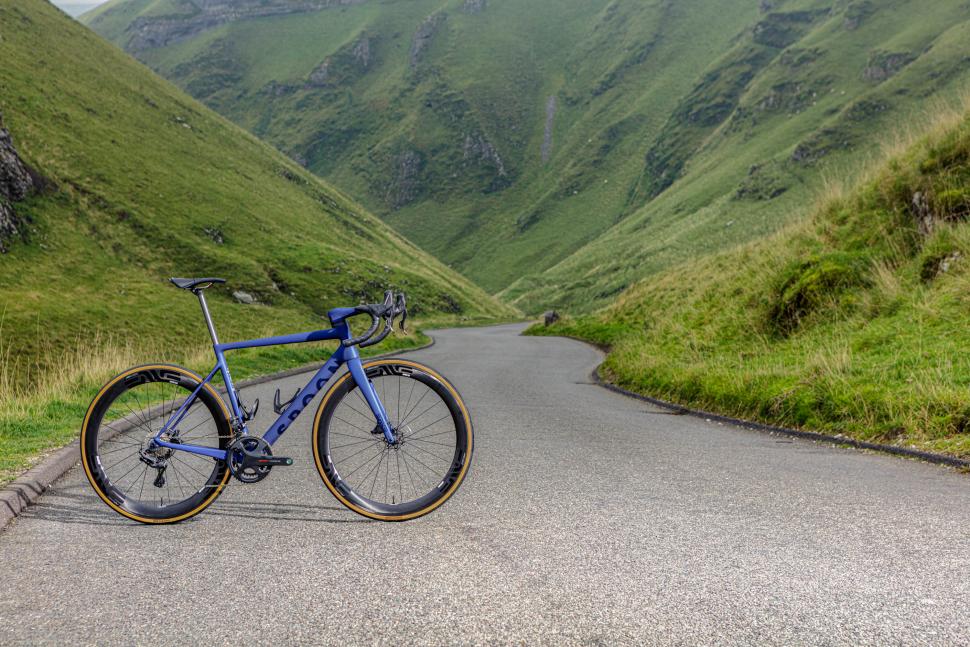 We're particularly intrigued by plans to develop a new performance e-bike in 2023. There is no news yet on what it will be made out of, but our guess is that it would build on the knowledge learnt from the current Spoon Vars Disc shown above, a made-to-measure carbon road bike.

Following its support of Dan Bigham in last month’s Hour Record success, Muc-Off will once again be involved in an hour record attempt by optimising Filippo Ganna's chain ahead of his upcoming effort on 8th October. 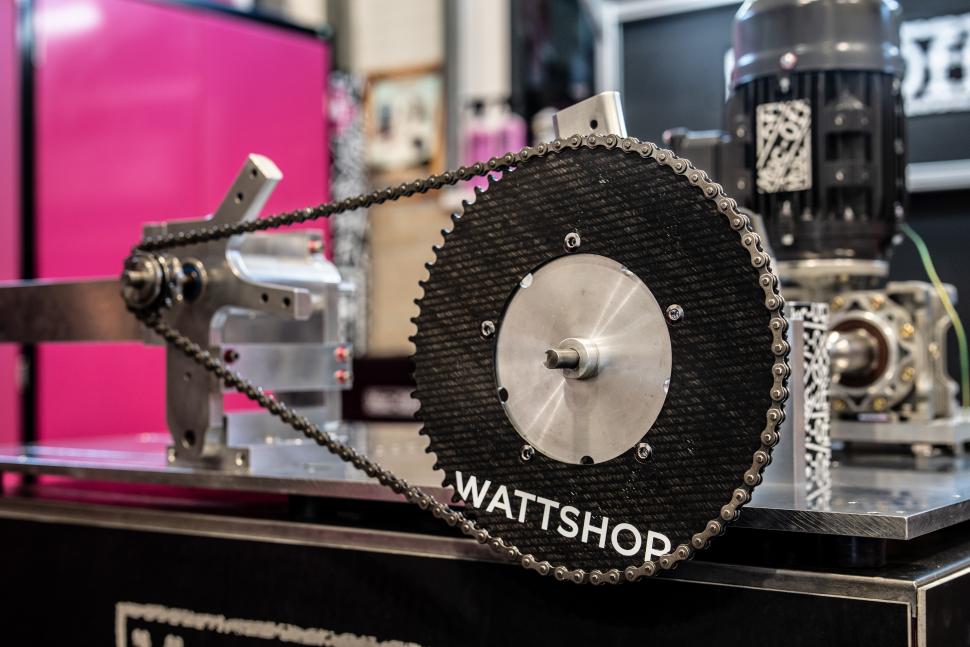 The Italian track and road cyclist will attempt to exceed the 55.548km target set by Ineos Grenadiers performance engineer Dan Bigham in August. Both riders have selected Muc-Off to optimise their drivetrain, following in the footsteps of Sir Bradley Wiggins, who used a £6,000 Muc-Off NTOC chain in his successful attempt in 2015.

Muc-Off plans to use an Ultrasonic Chain Optimisation process involving heating lube in an Ultrasonic Tank to the "precise temperature required to create an optimum viscosity, enabling penetration deep into all contact points within the chain links." In Bigham's case, both the final race chain and backup chain underwent Muc-Off’s full eleven-step optimisation process seven times. We imagine that Ganna's will get a similar treatment. 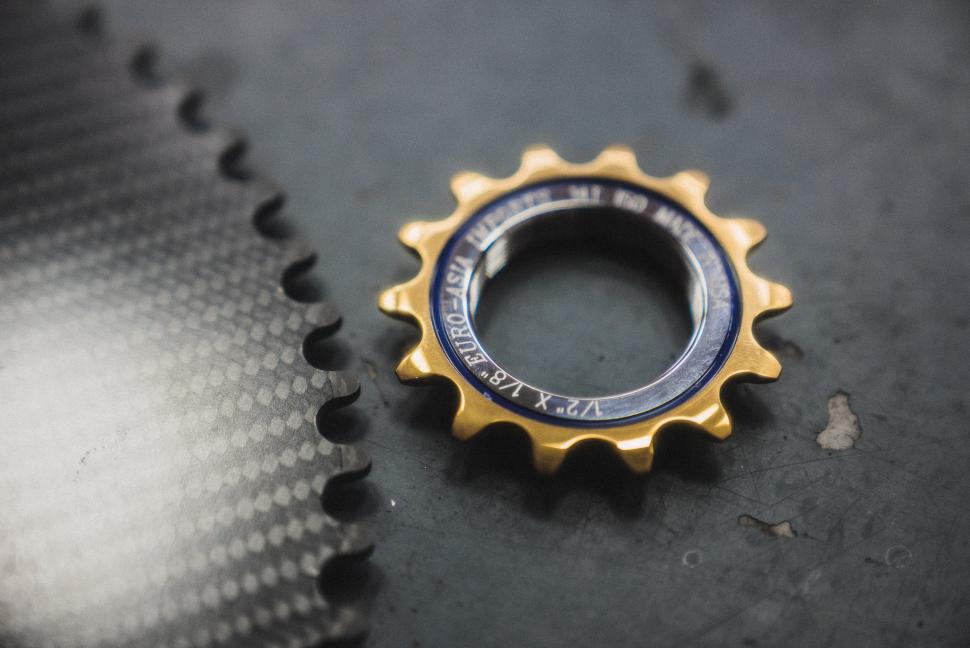 For Bigham's attempt, Muc-Off was able to achieve a massive 15% saving of watts lost through the drivetrain, which, combined with Muc-Off’s hardware selections, added a total of 87m to the final record distance. This should add up to a huge advantage for a record famous for being so tightly contested.

The total optimisation process of each chain and ring supplied for the record took around seventeen hours to complete. The Muc-Off team are now back in action searching for even greater efficiencies as they gear up to help put this highly coveted record further out of reach than ever before.

It's not new but it is cool! Take a look at this Chris King rear hub that's been cut open to reveal its secrets 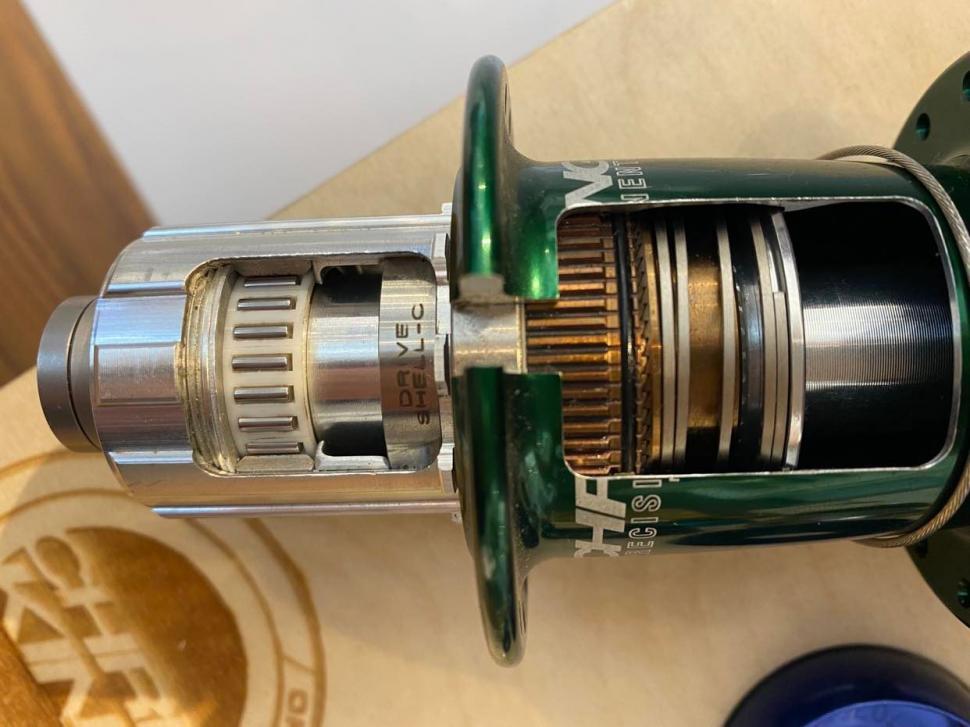 Chris King R45 wheel hubs have an envious reputation, and here's a sneak peek inside the famous rear hub and freehub body.

The road hub shown here has 45 points of engagement, meaning it picks up every eight degrees. The Drive and Driven rings are made of heat-treated stainless steel, which Chris King says are capable of handling a torque load of over 800ft/lbs (~1,085Nm), three times greater than other high-end hubs that they've tested. Impressive stuff! 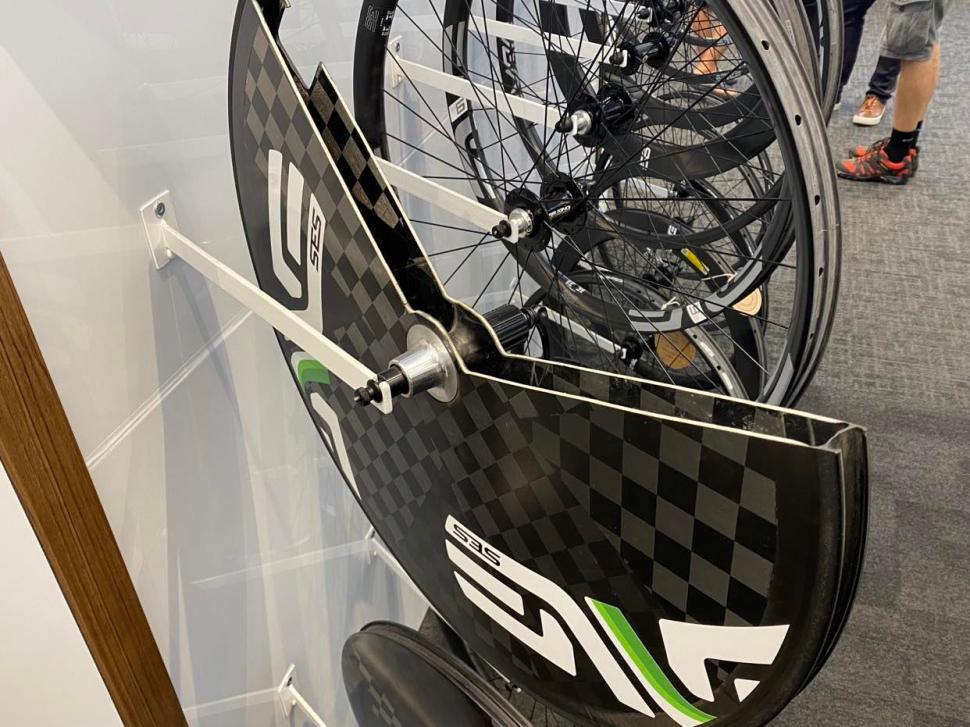 Here's a tubeless Enve disc wheel cut open. Someone really does have a problem...

The Silca "Truth Pressure Gauge" is designed to give highly accurate and repeatable pressure readings for those "serious about tyre pressures". It's accurate to 0.2% at 0-60 psi and 0.5% at 100 psi, which Silca believes makes it the most accurate cycling pressure gauge on the market. 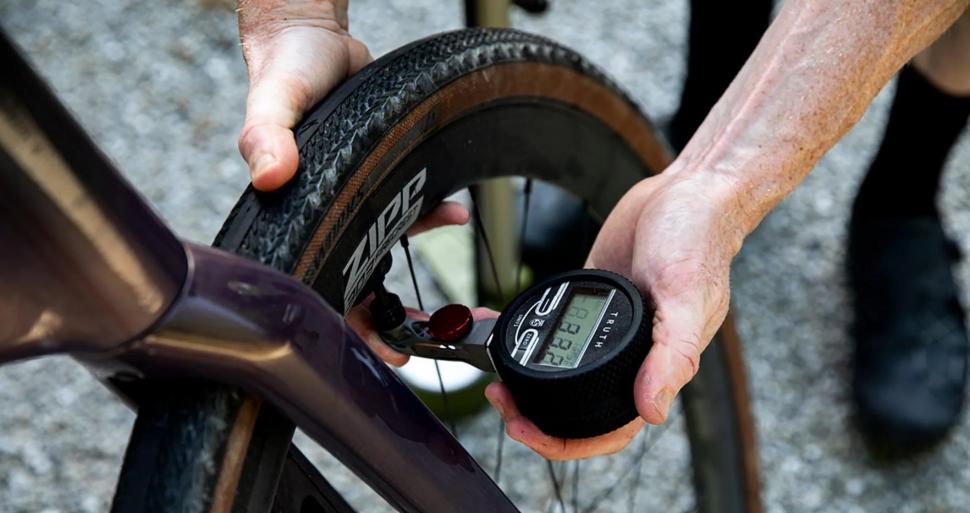 The device was originally hand-built by Josh Poertner himself and has, according to Silca, been used for more than a 100 WorldTour Victories and five Paris Roubaix wins since 2010. The USA-made digital gauge not only compensates for temperature and humidity, but also eliminates the parallax error common to analogue readings. 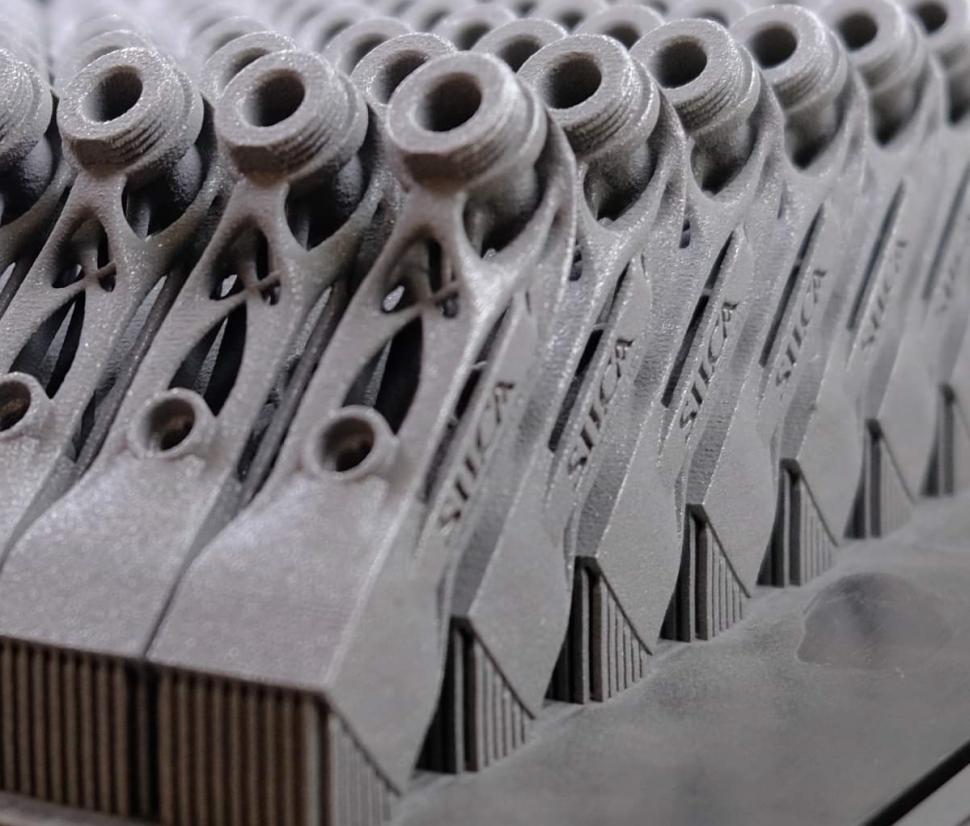 Featuring a 3D printed titanium body, a medical-grade stainless steel connection, a protective silicone rubber housing and a valve connection port that uses a Silca 252 chuck, the device has a claimed battery life of 1,200 hours. What's Silca going to 3D-print next?

In case you missed it earlier in the week: