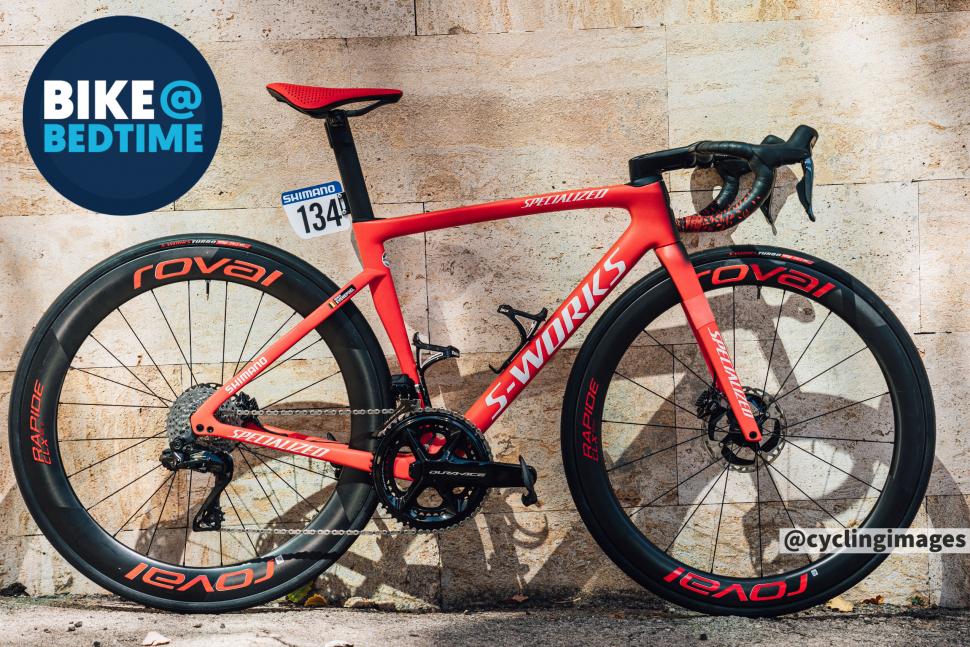 Remco Evenepoel's 2022 Vuelta winning bike: a closer look at the Specialized Tarmac SL7 that he propelled to victory

It was Evenepoel's first Grand Tour Victory but the second for the Specialized Tarmac SL7 just this year! Check out this rather special paint scheme
by Jamie Williams

As the final Grand Tour of the season, the Vuelta rarely fails to disappoint and this year it brought an end to the 44-year Belgian drought of a Grand Tour Victory. At just 22 years old, the young Belgian, Remco Evenepoel, has a resume any seasoned pro would envy. Here's a closer look at his Specialized Tarmac SL7 to celebrate his red jersey. 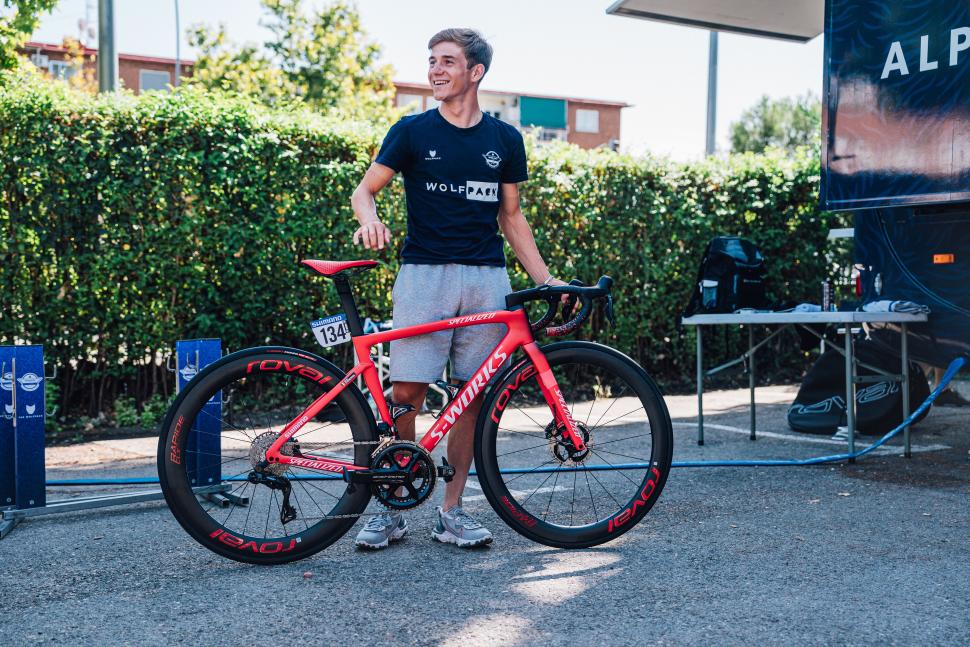 There's never been any doubt about Evenepoel's raw speed: he won the monument Liège-Bastogne-Liège this spring, claimed his second Clásica San Sebastián in August, and now he’s added a Grand Tour to his Palmares, La Vuelta a España.

This may have been his first Grand Tour victory, but the bike that he rode for the majority of the three weeks is no stranger to the World Tour podium. Jai Hindley also rode a Specialized Tarmac SL7 to overall victory at the Giro d'Italia earlier this year. 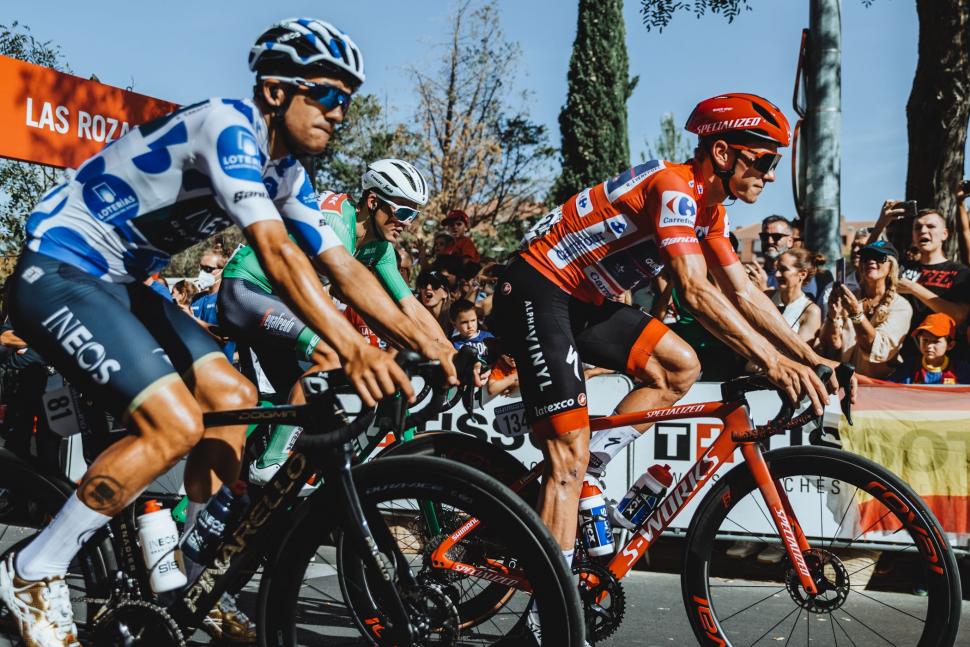 The Quick-Step Alpha Vinyl rider rode into the leader's red jersey after Stage 6 and didn't relinquish it all the way to Madrid. On his way, there were plenty of audacious attacks, blistering time trials, climbing masterclasses and two-stage wins. 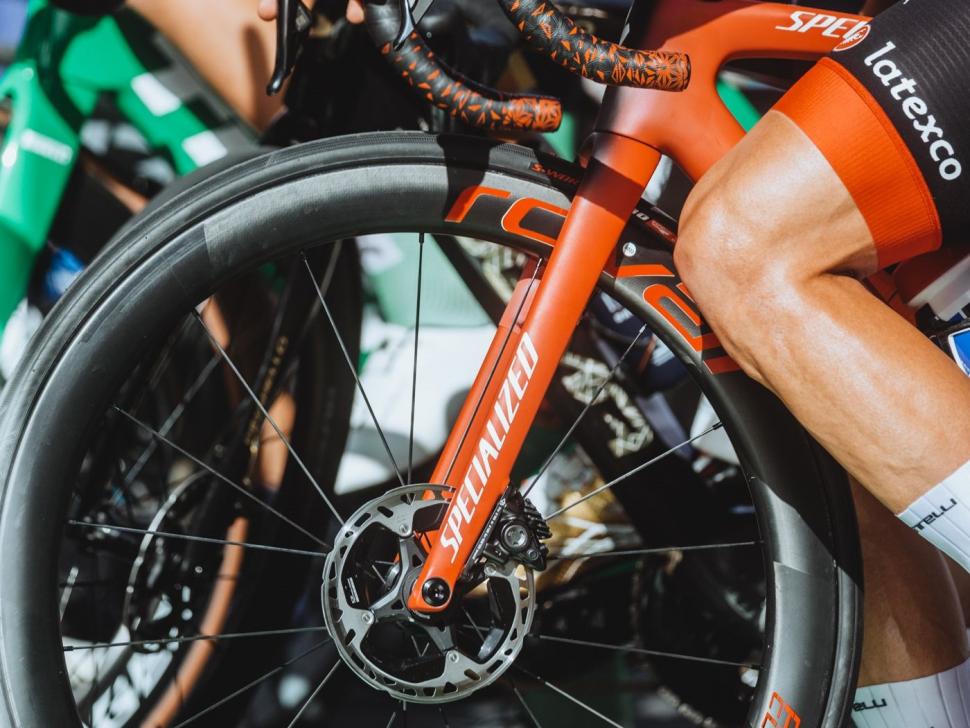 As has become customary, Evenepoel was presented with a custom-painted bike for the final stage, but the red detailing didn't stop there. His Roval Rapide CLX II wheels also sported red decals and the Supacaz bar tape was switched out, as was his Specialized S-Works Power saddle. 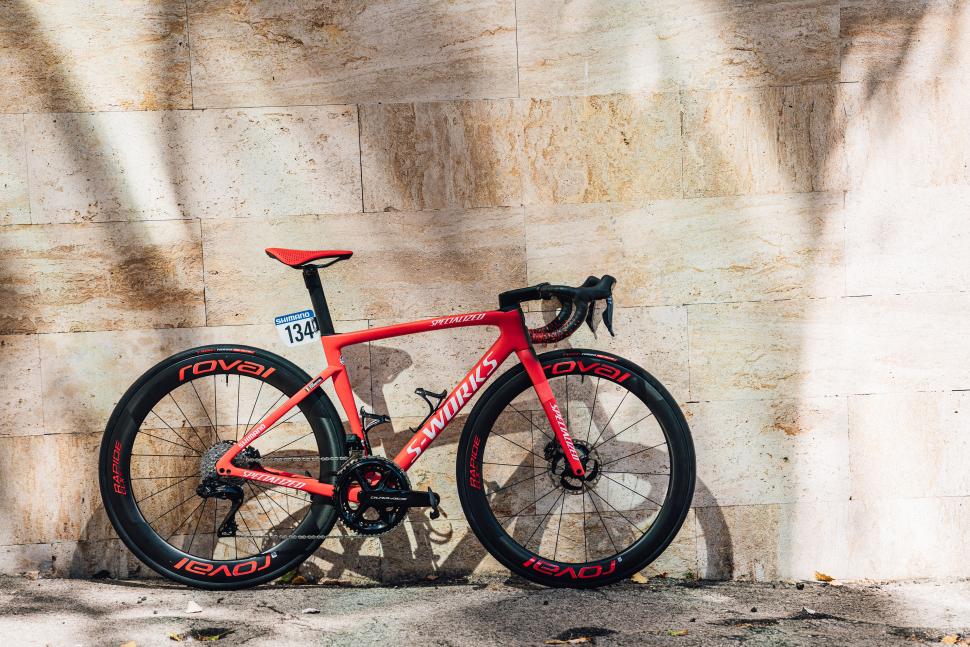 The bike uses a full Shimano Dura-Ace R9200 Di2 groupset including the new power crankset with 54/40T chainrings, although we're sure this changed for a few of the stages. Evenepoel opts for the standard SL7 stem, but paired with Pro Vibe carbon bars rather than Roval Rapide bars that come as standard on the S-Works bikes. 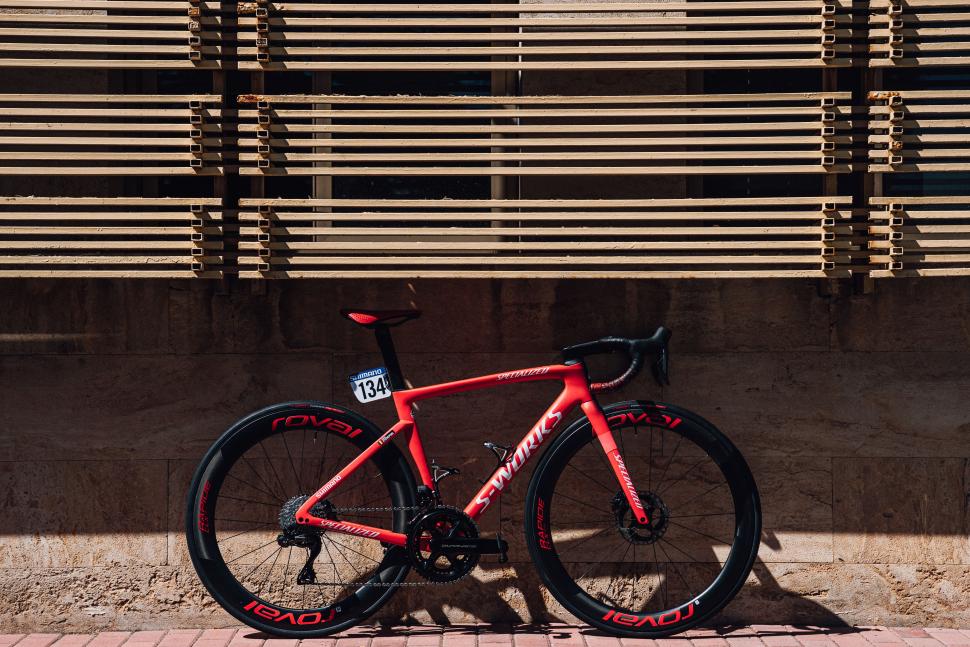 Like many of the pros, Evenepoel is using a 0mm setback seat post rather than the 20mm setback that comes as standard, a 160mm front brake rotor and 140mm at the rear. All of the Quickstep Alpha-Vinyl riders use Specialized S-Works Turbo RapidAir tyres in size 26mm set up tubeless.

We also noticed that the Di2 wire was taped down to the direct mount mech hangar. We might copy this and see if it makes us as quick... 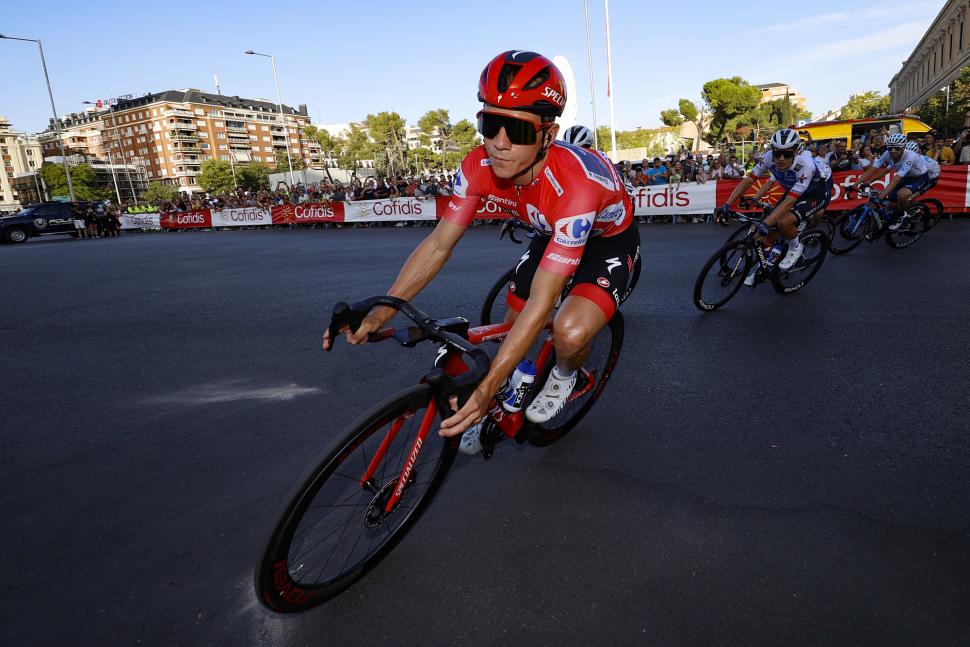 Evenepoel used both the S-Works Evade 3 and Prevail 3 helmets during the three-week Tour, and swapped out his usual Oakley Sutro Lite Sweep Vented glasses for a set of red Sutro Lites for the final stage.

How many more special edition bikes do you think Evenepoel will ride during his career? Let us know in the comments section below...