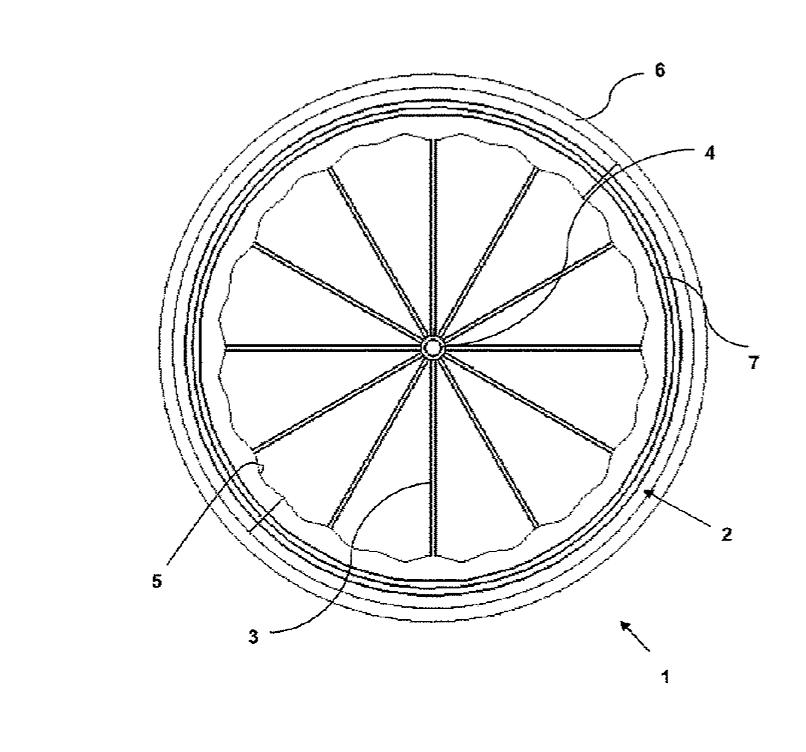 SRAM’s patent dispute with Princeton Carbon Works, relating to an undulating rim design that is said to reduce aerodynamic drag and side force, will be decided by a jury next month after a judge granted both sides wins and losses in pre-trial orders.

SRAM sued the young US-based performance wheel brand in March 2021, claiming that the wavy rim shape on Princeton’s 6560 carbon road wheel infringes its patent for the rim design, in part inspired by a humpback whale, that features on the Chicago-based company’s Zipp 454 Carbon NSW wheels. Princeton then filed a countersuit questioning the validity of SRAM’s patent.

Ruling on both sides’ motions for summary judgements, as well as Princeton’s motion to strike testimony from two of SRAM’s experts, US District Judge Roy Altman granted a series of partial victories to the two companies, before ultimately deciding that the case should be settled by a jury, Bicycle Retailer reports.

First, the judge granted SRAM’s request to put a stop to Princeton’s use of the so-called Section 112 defence, which would have enabled the company to claim that the language of the patent was inadequate to define its scope. According to Altman, Princeton had failed to address Section 112 in pre-trial responses and had therefore waived their right to that line of defence.

Nevertheless, Altman said that Princeton could continue to assert that SRAM’s patent was invalid because of previous art.

“We think a reasonable jury could side with Princeton,” he said in relation to this claim.

After weighing up the views of expert witnesses from both sides, the judge then gave a victory to SRAM by denying Princeton’s motion for summary judgement concerning the argument that the company’s wheel design does not infringe on the patent because the Princeton wheels lack the “convex exterior profile” described by SRAM.

“Perhaps Princeton’s right that, with a bit more context — and with the evidence properly weighed — SRAM has this all wrong. But, for now, we think this is a dispute of fact we’ll need a jury to handle,” Altman wrote.

“This case presents us with a proverbial battle of experts,” Altman concluded. “As we’ve said in a slightly different context, ‘we think it beyond cavil that the task of resolving [factual] disputes rests squarely with a jury of laymen, not a panel of unelected judges.’”

The wheels at the centre of this patent dispute – the Zipp 454 Carbon NSWs – rely on two patents from inventor Dimitris Katsanis, best known in the cycling world for designing track bikes used by Team GB.

SRAM’s patented rim shape is partly inspired by a humpback whale, with the article ‘Hydrodynamic Design of the Humpback Whale Flipper’, published in the Journal of Morphology in 1995, cited in the patent. The sawtooth design came from the irregular shape of the leading edge of humpback whale pectoral fins.

The Wake 6560, on the other hand, is said to have been the result of four years of development by Princeton Carbon Works, a company established in 2018 by a group of engineering graduates from Princeton University.

Its rim contains 24 sinusoidal oscillations, giving a depth that varies from 60mm to 65mm.

As we noted in our original article on the patent dispute, the depth of the Princeton rim and the Zipp rim each vary, but the Princeton undulations appear symmetrical while the shape of the Zipps is more like a sawtooth.

In its complaint from March 2021, SRAM alleged that Princeton was aware of the patent and continued to market its wheels. SRAM is asking for tripled damages for wilful infringement and for Princeton to be ordered to deliver up for destruction any remaining inventory.

The two-week trial is scheduled to commence on 13 February.