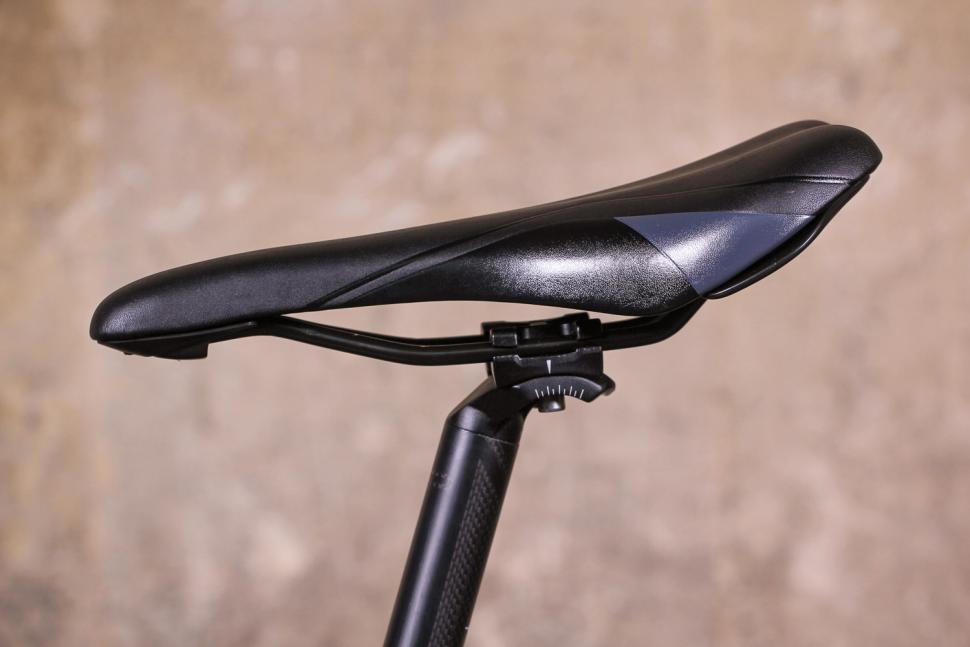 Time to change The Rules? Tilting your saddle nose down by eight degrees is more efficient in seated-uphill efforts, researchers find

If you're a more discerning cyclist, you may be familiar with Rule #48 of the rather particular Velominati list of rules cyclists must abide by that says your saddle must be "visually level"... however some researchers are seriously challenging this, finding in a recent study that tilting your saddle nose down by eight degrees helps improve gross efficiency in seated-uphill efforts by an average of 1.4% compared to a parallel saddle position. 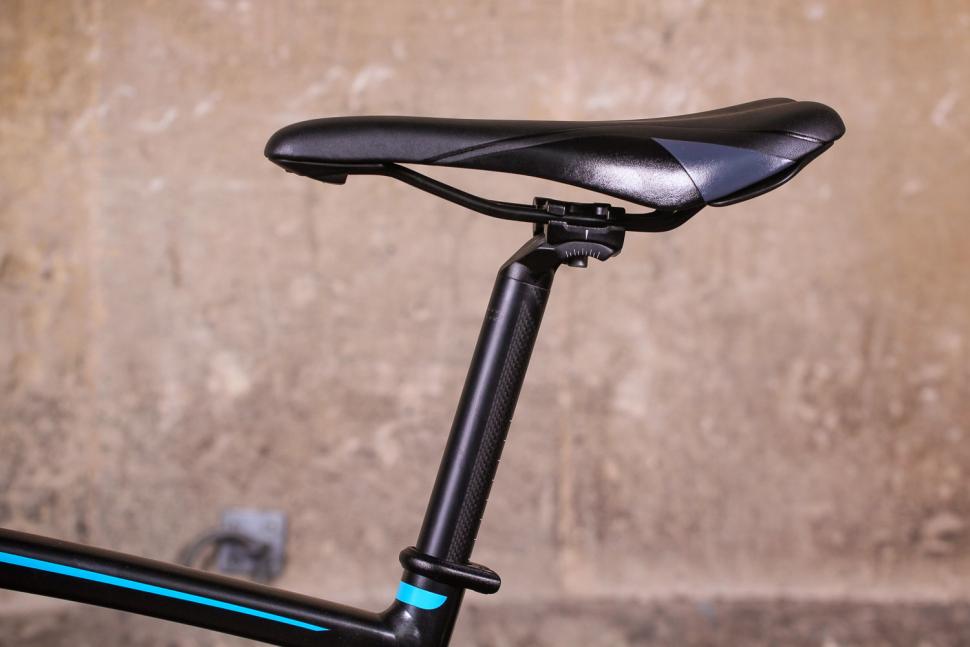 In the testing, the treadmill was inclined to eight degrees under two saddle-tilt angle conditions: parallel to the riding surface, and with the saddle at a eight degree nose down angle.

“We measured subjects’ rates of oxygen consumption and carbon dioxide production using an expired-gas analysis system and then calculated their average metabolic power during the last two min of each 5 min trial,” the researchers say in the paper.

The findings were that, compared to the parallel saddle position, tilting the saddle nose down by eight degrees improved gross efficiency from 0.205 to 0.208, which is an average increase of 1.4% across its testing participants.

The effect of saddle tilt on other slopes and the reasons behind the efficiency improvement have yet to be investigated, so we'll look forward to leafing through those findings at a later date; but nevertheless, the researchers say these initial findings are relevant to both competitive and recreational cyclists, and present an opportunity for innovating new devices and saddle designs that enhance uphill cycling efficiency.

> How to choose the correct saddle for you and your riding

As it stands, though, unless you’ve entered yourself into the local hill climb competition, cycling is not all about riding uphill... which most of us are thankful for! While it could be helpful to know that knocking your saddle down at the front is going to help you while your bike is tilted on an fairly steep incline, on the flat you’d have to recruit more of your core muscles to hold yourself in place. 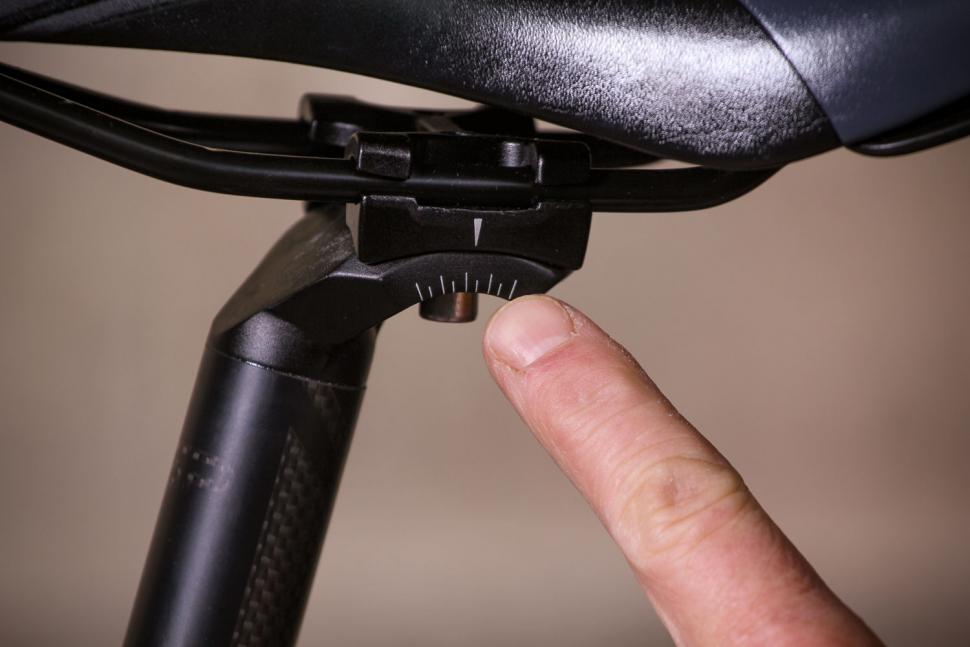 On the other hand, some riders may find they prefer a slight nose down saddle position regardless of the uphill efficiency benefits, as it can relieve some pressure on the rear of the perineum, albeit at the expense of added pressure on the feet and the hands. It also gives something to push back against and more easily develop a lower torso angle, for an aggressive aero position.

As we mentioned above, the Velominati, who aim to “maintain the sacred text wherein lie the simple truths of cycling etiquette known as The Rules”, wholeheartedly disagree about the concept of titling your saddle, with RULE#48 boldly stating: "Saddles must be level and pushed back”.

The seating area of a saddle is to be visually level, with the base measurement made using a spirit level.

Based on subtleties of saddle design and requirements of comfort, the saddle may then be pitched slightly forward or backward to reach a position that offers stability, power, and comfort.

If the tilt of the saddle exceeds two degrees, you need to go get one of those saddles with springs and a thick gel pad because you are obviously a big pussy.

The midpoint of the saddle as measured from tip to tail shall fall well behind and  may not be positioned forward of the line made by extending the seat tube through the top of the saddle.

Are you a traditionalist like Velomanti, or will you now consider adjusting the tilt of your saddle based on these findings? Let us know in the comments as always.