With bike shows back in full swing, we've had the chance to walk the halls and point cameras at shiny bike tech, along with being swiftly stopped from snapping some items that were still under lock and key. Here's the best from Core Bike 2022. 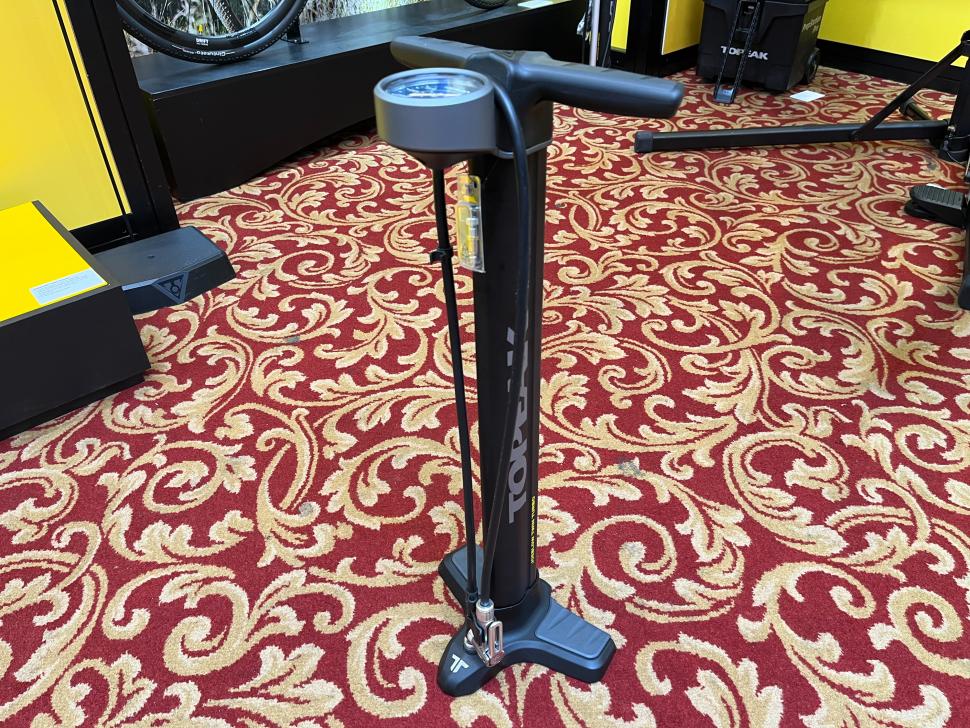 We'll start with Topeak and the iconic* Core Bike carpet. This new pump is the Joe Blow Twin Turbo. 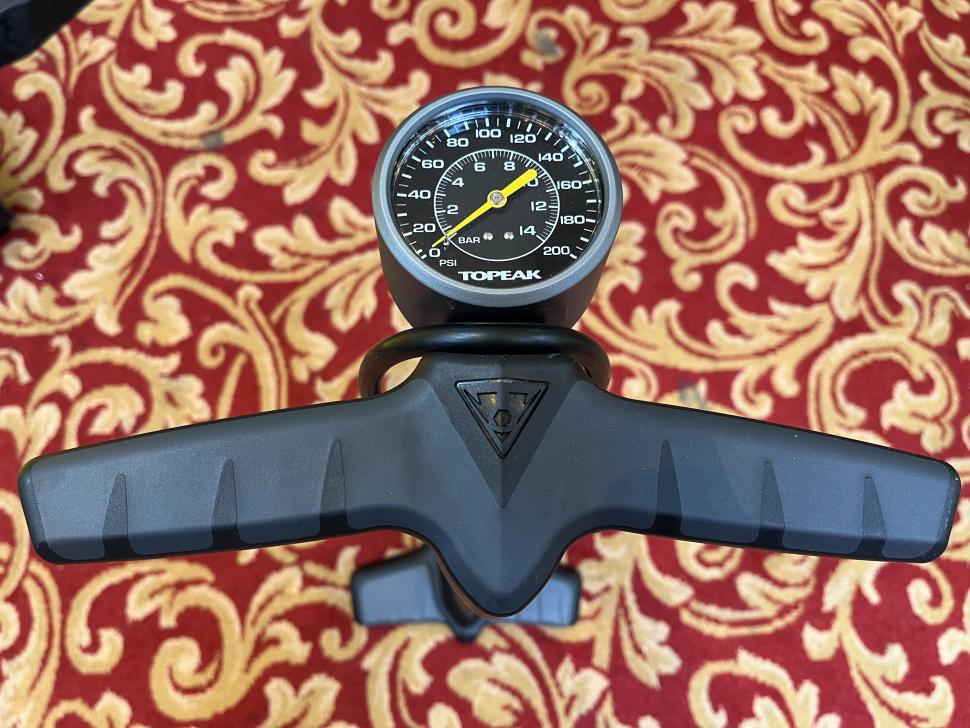 It is mighty heavy and, at £230, it is also incredibly expensive. 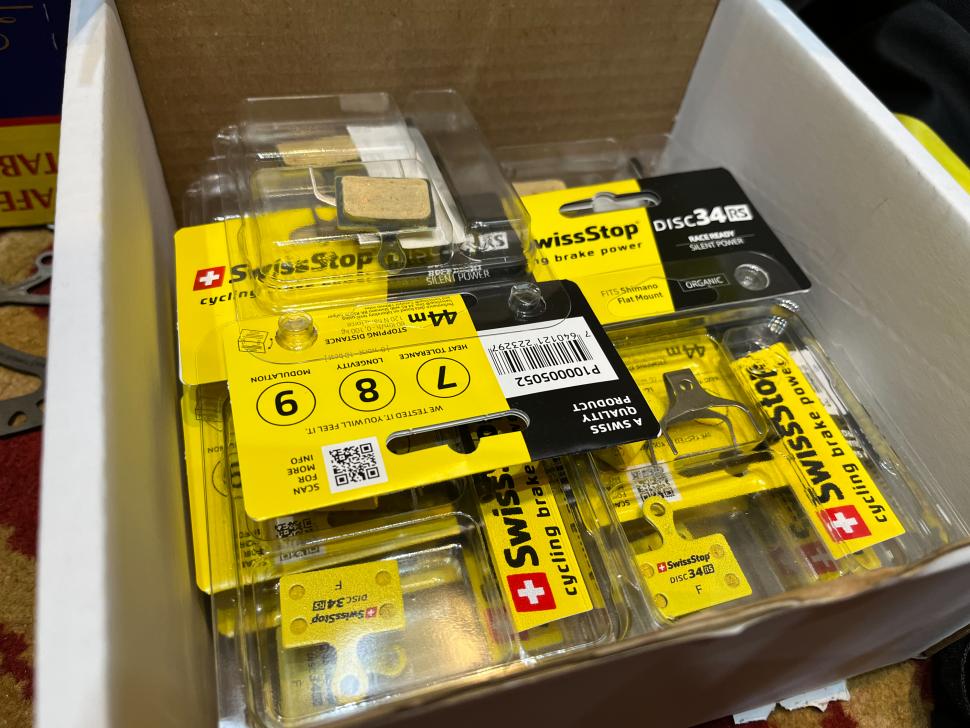 A quick stop at the SwissStop stand showed a box with more Shimano-compatible disc brake pads than currently exists in the rest of the U.K. 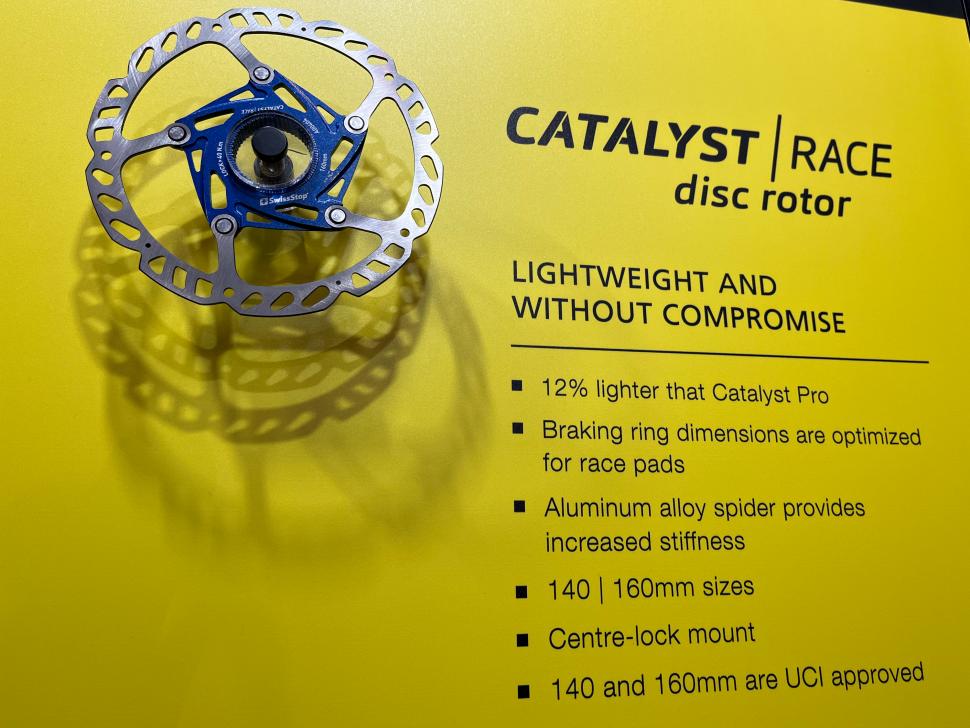 That's a new rotor too. Though, sadly, the blue spider is a limited design for the pros. 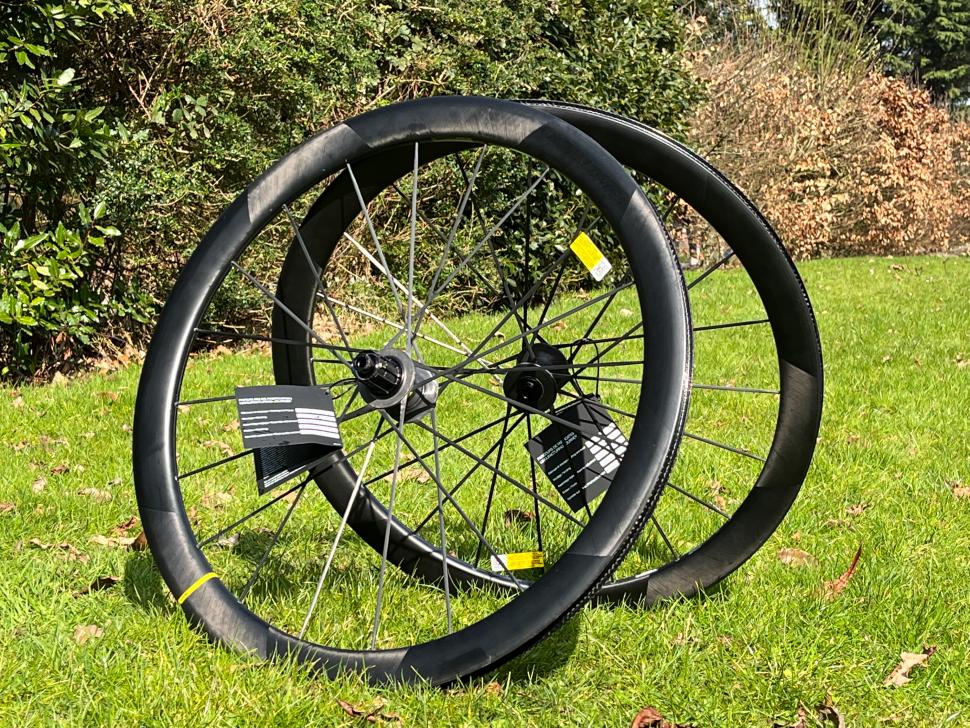 The jazziest tech on display was found at the Mavic stand. After the French brand teetered on the brink of collapse a few years ago it has bounced back, with the Cosmic Ultimate UST Disc. 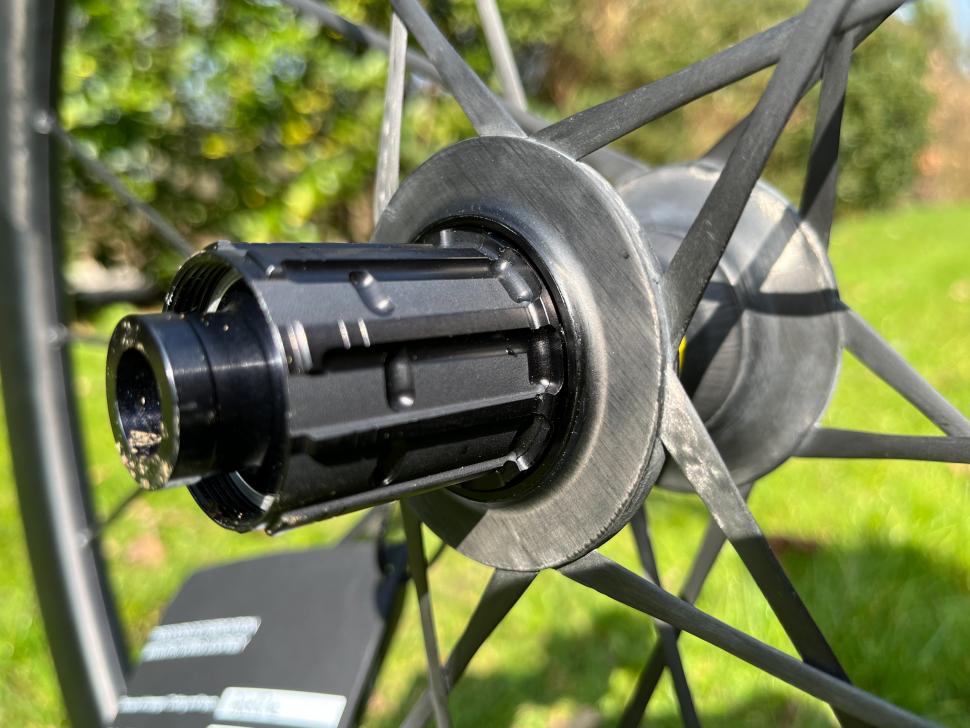 These full-carbon hoops bring big Lightweight vibes, with carbon spokes being a continuous piece from one side of the rim to the other. 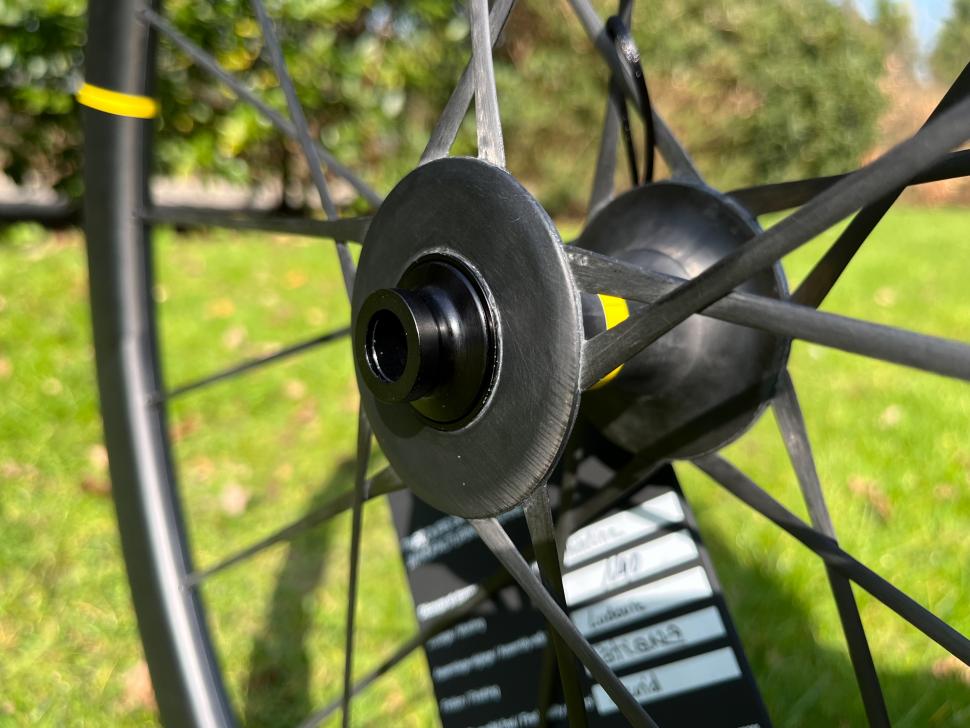 Mavic told us that it takes a minimum of seven hours and four people to make one wheel, and if you are thinking that the price is going to be high, you're right. A set will set you back £3,200... though compared to a similar set of Lightweights, that isn't bad. 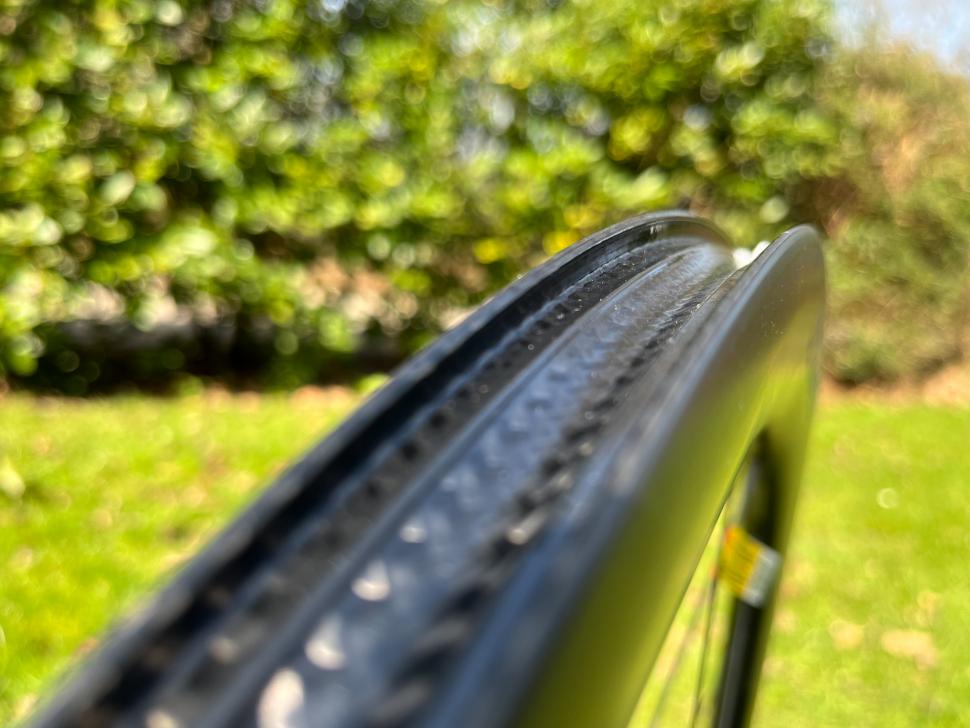 The 45mm deep hooked, tubeless-ready rim measures 21mm internally, and the weight is a claimed 1,225g. They were certainly rather feathery when we ran off with them to take pictures in the sun. 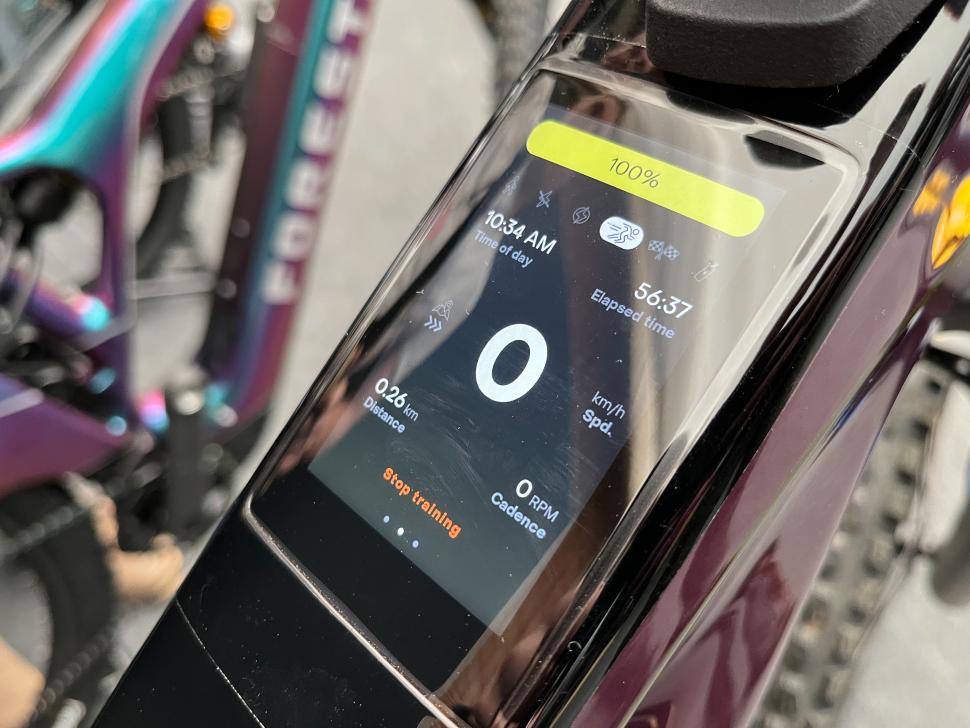 If you're tired of attaching a bike computer to your bars, they might soon be integrated into your top tube. Forestal currently only makes electric mountain bikes, though there are firm plans for a road bike and a gravel bike too. 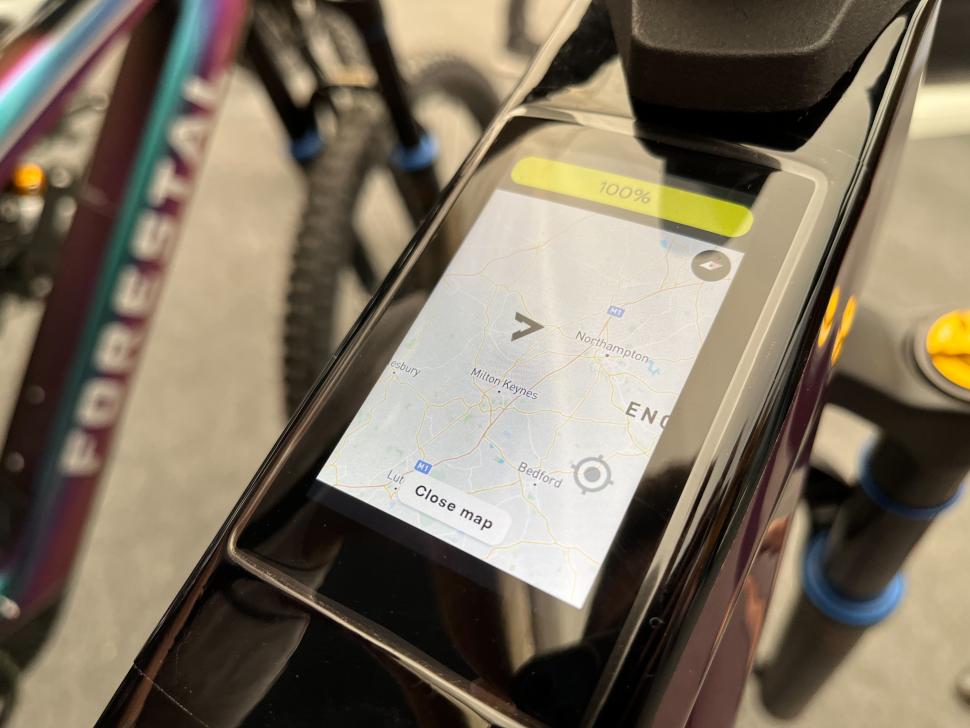 The computer runs on Android, so there's a fair amount to play with. 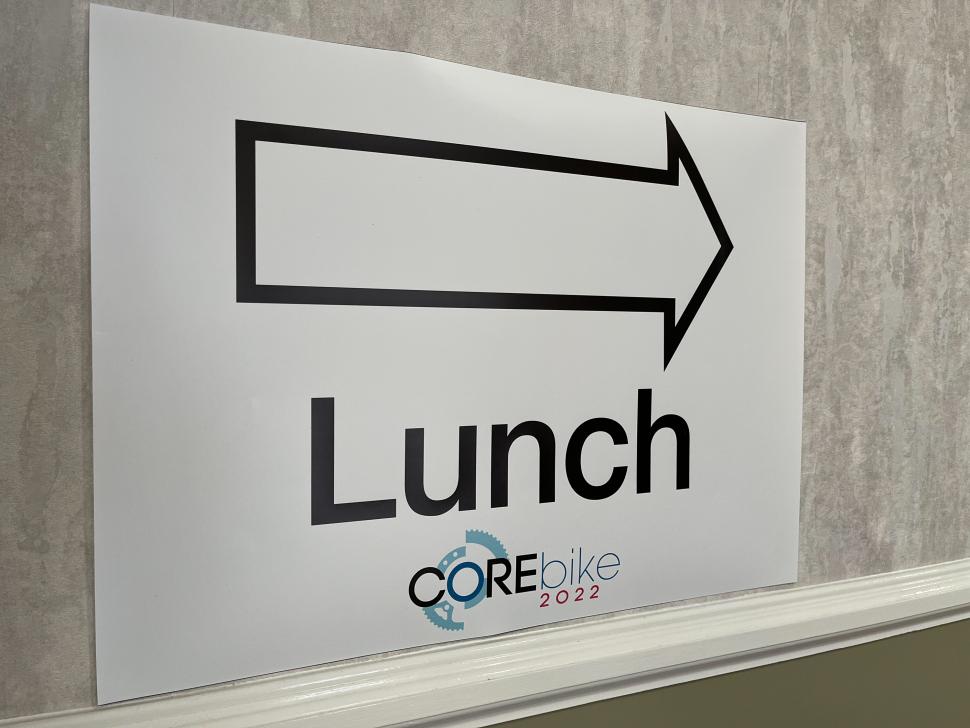 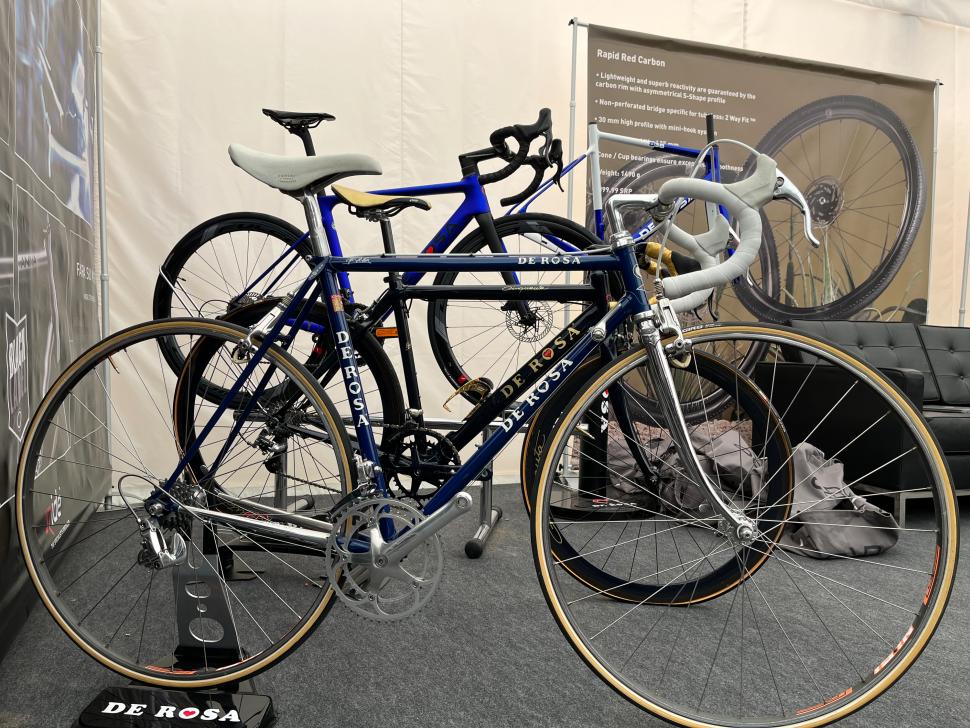 After a light lunch, we spotted this gorgeous De Rosa. Why it was at a bike show, we're not quite sure, but hey, it's pretty. Very pretty. 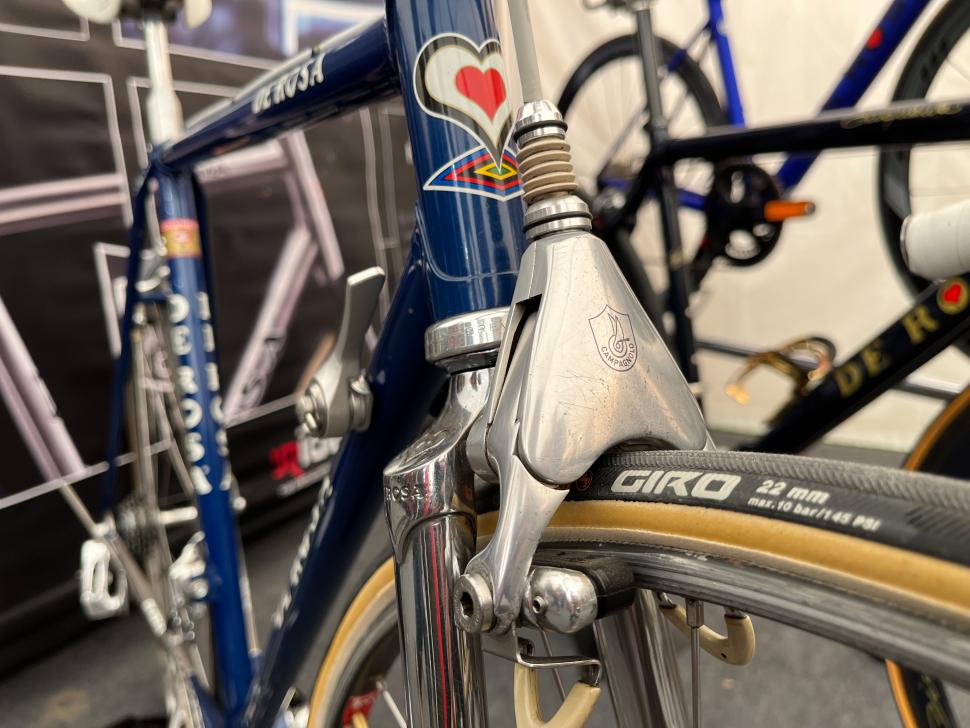 Did these brakes ever work even with cables installed? 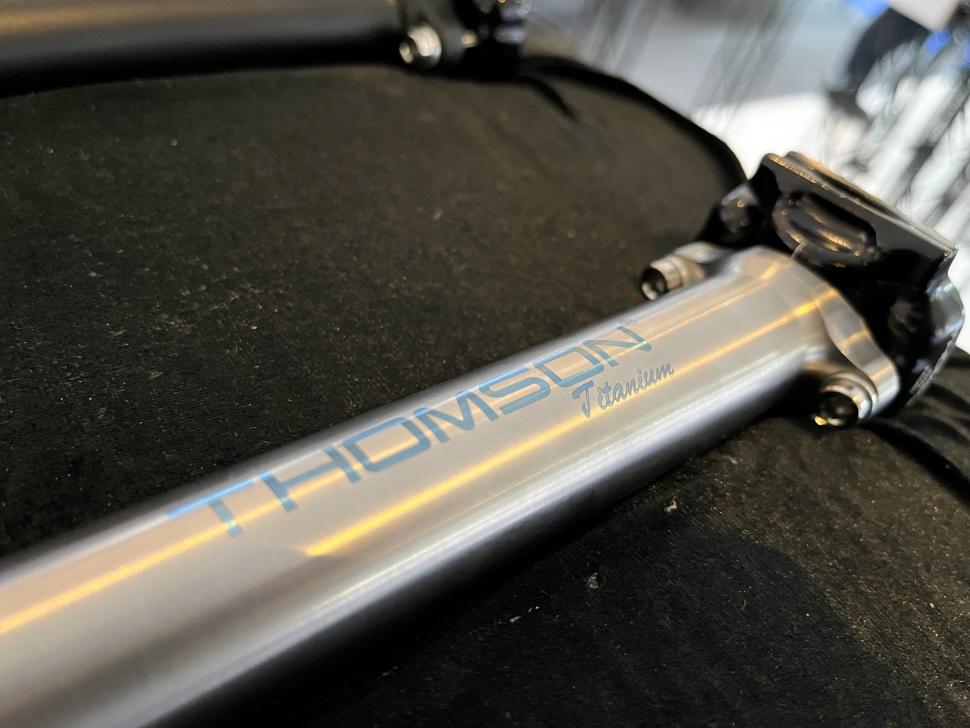 Thomson with the lovely titanium seatpost. Kinesis' 4S Disc makes for a brilliant winter bike when set up with the Fend-Off guards. 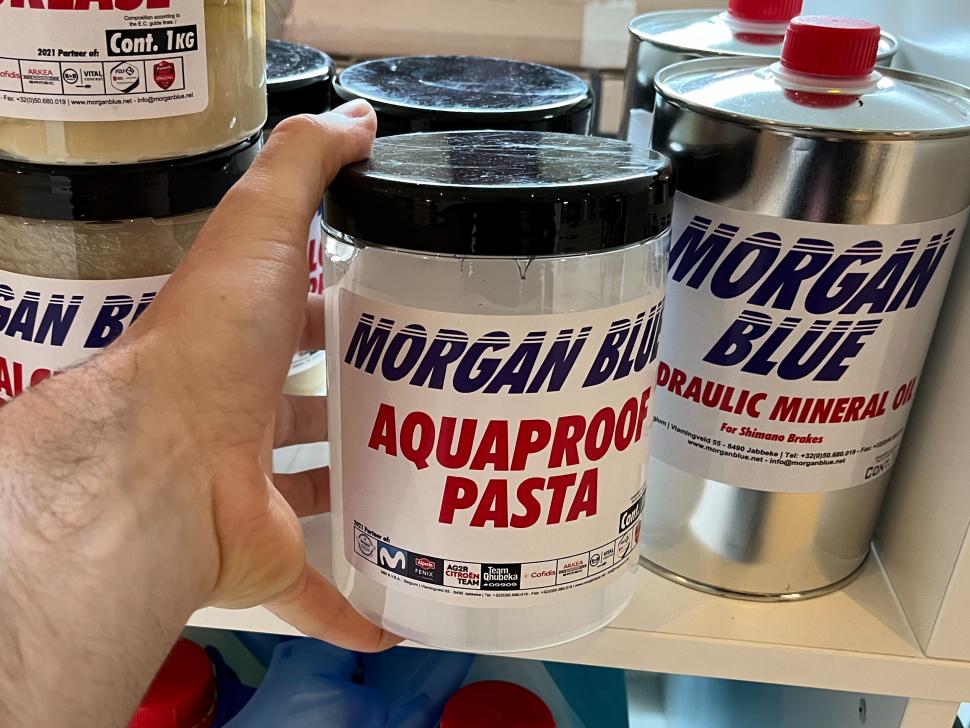 This pot of aquaproof paste from Morgan Blue would last you a few winters. 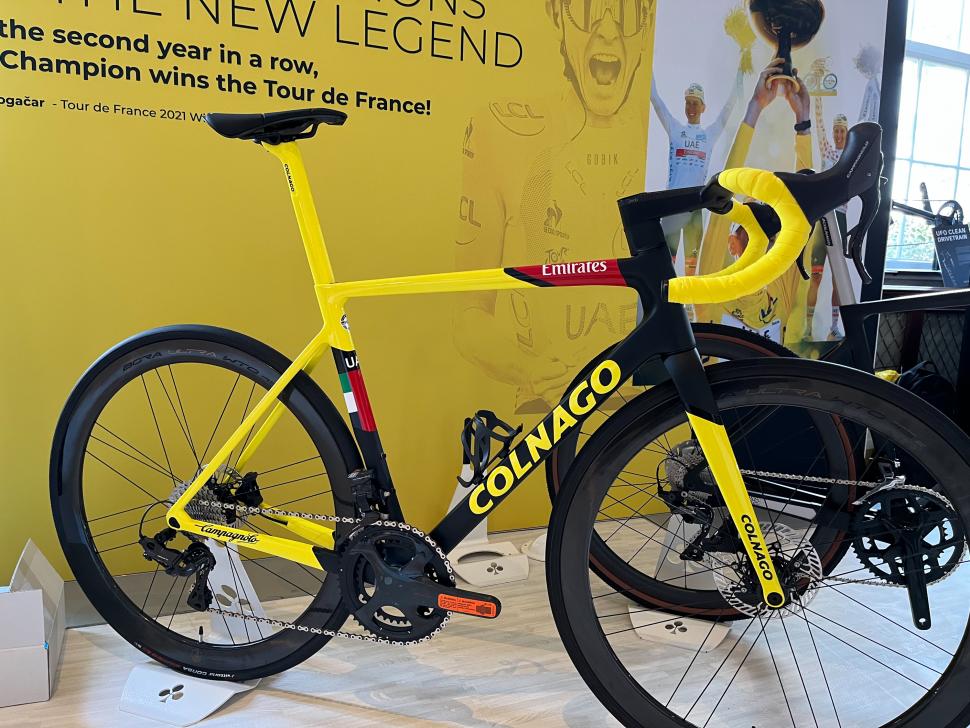 Colnago's V3RS bike is popping up everywhere these days, and we're not surprised. If your bike has won the Tour de France for the last few years, you'd shout about it too. 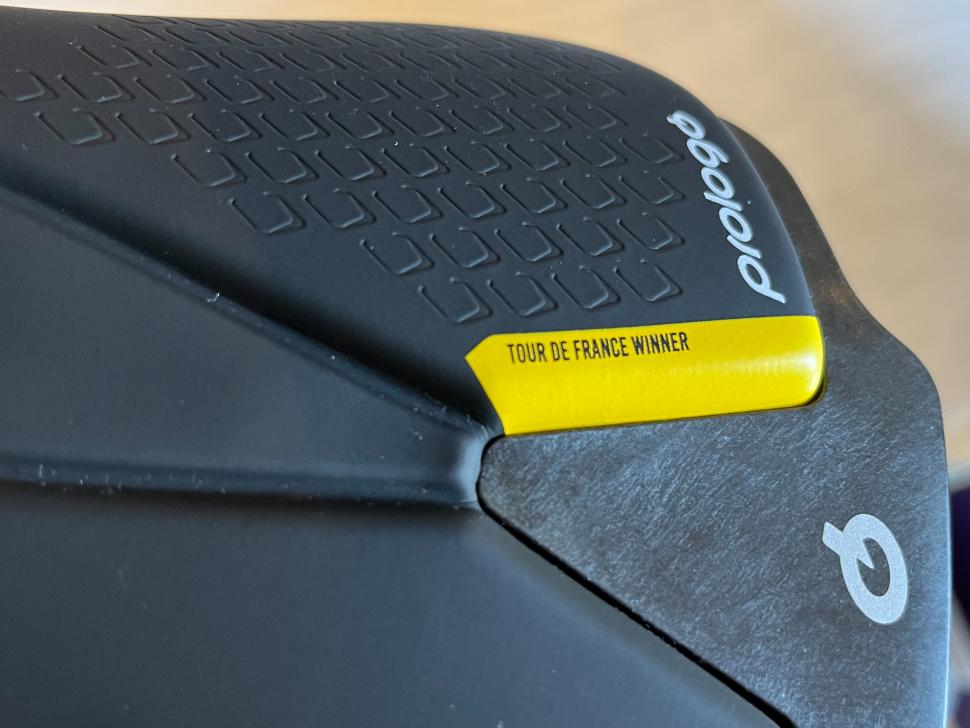 This saddle should probably be earned rather than bought. 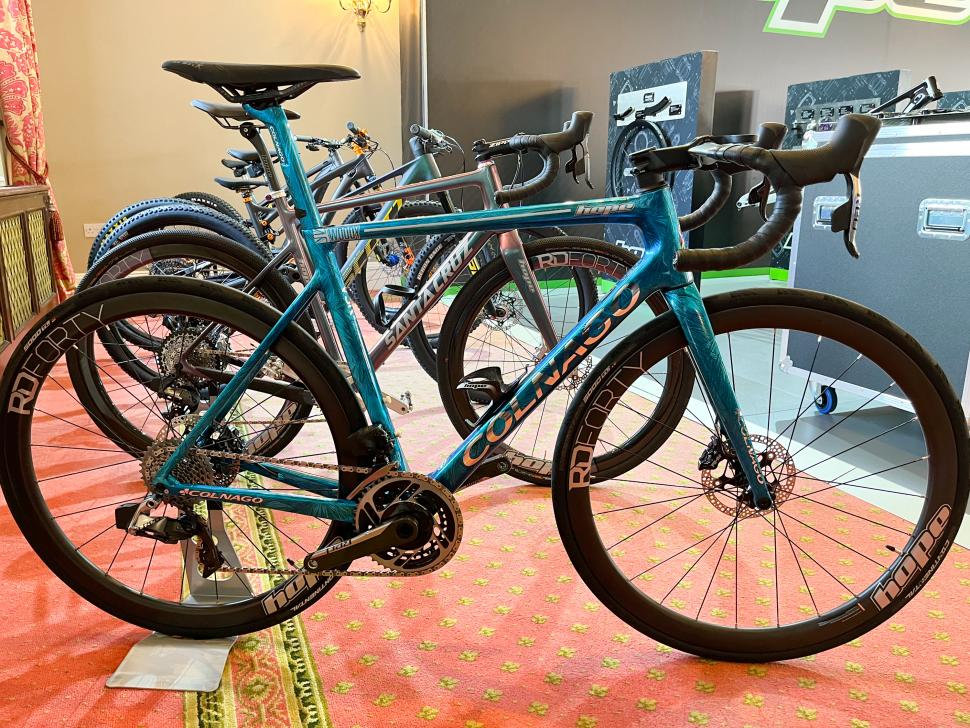 But if supporting an oil state isn't your thing, this Ice Blue design is...well, it isn't more subtle, but it is sure to get a lot of attention. 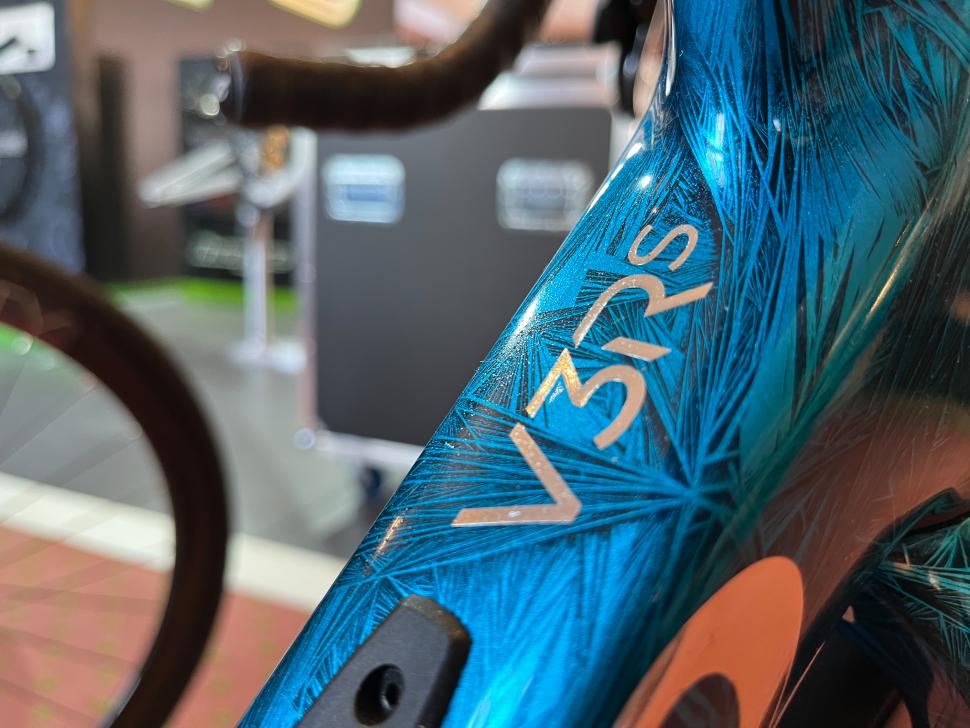 That paintwork is surely worth whatever it costs. 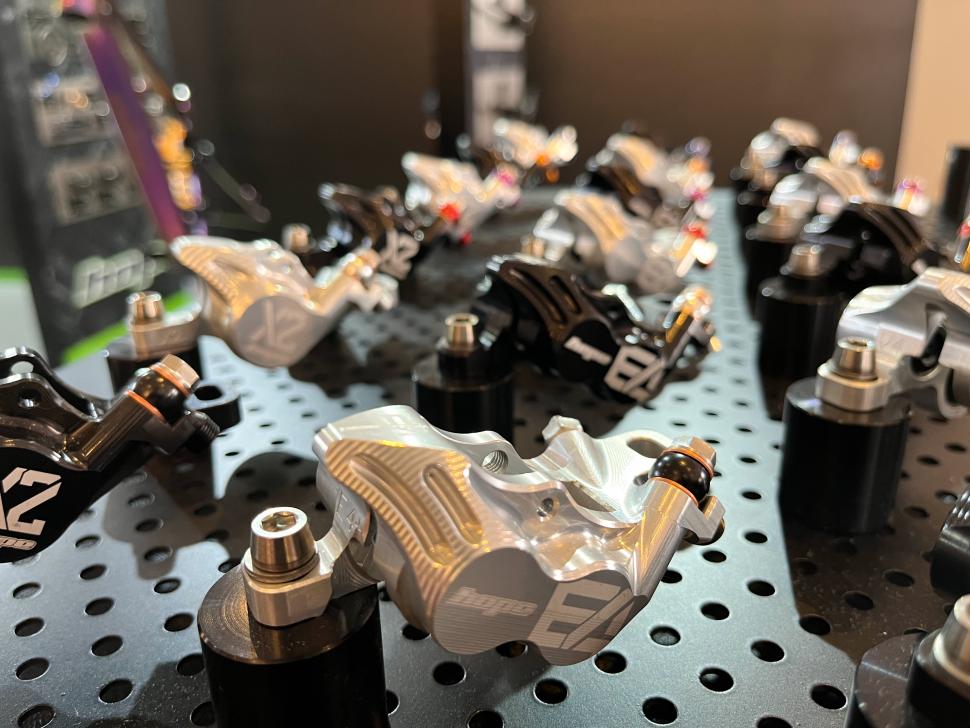 That paintjob belongs to Hope, who, funnily enough, had a range of highly polished brake callipers on show too. 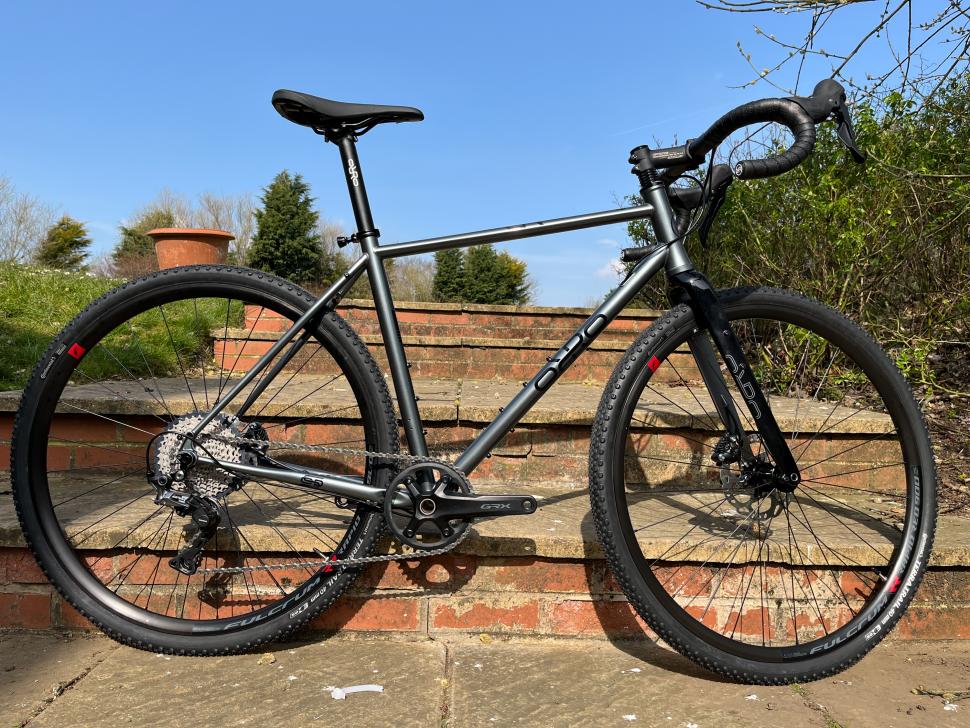 And finally, Orro had some new bikes, with brand new models and updated designs. This is the Terra S, a brand new steel version of its popular gravel bike. Prices are going to start from around the £1,300 mark and it has a ton of mounting points on it. Orro reckons that it'll be ideal for adventures, but we'll be testing that as soon as we get on into the office.

There's far too much to cover here so we'll have a full roundup of bikes on the site tomorrow, make sure you don't miss that. Check the gallery at the top for all of the images.