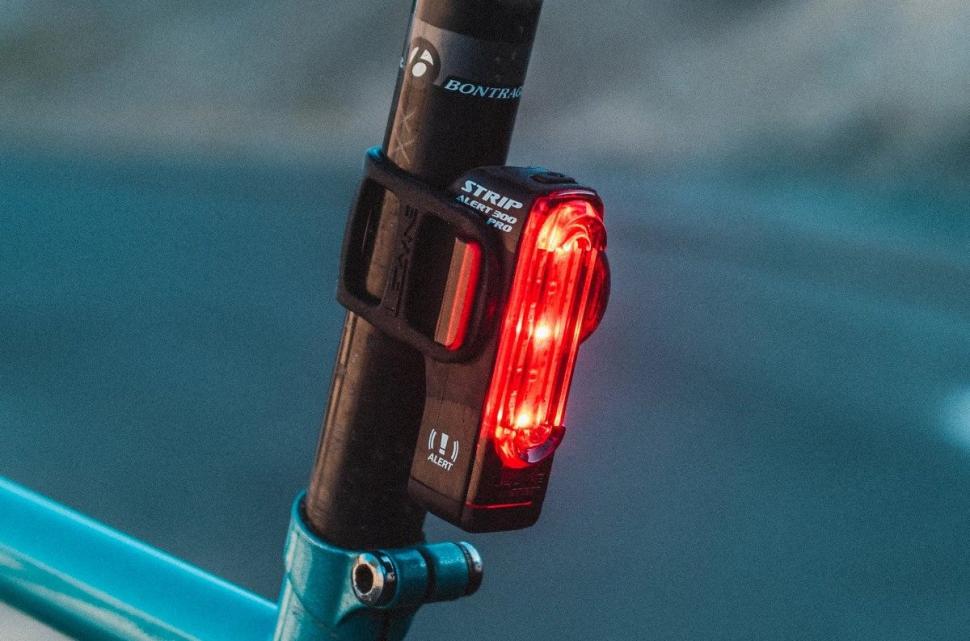 Lezyne claims that Alert will warn motorists and other cyclists that you are slowing down. But will it work for you?
by Liam Cahill

Lezyne has added a new feature to its existing range of rear bicycle lights that it claims will alert motorists and other cyclists that you are slowing down. Alert technology uses accelerometers, and causes a full-strength pulse of light followed by a rapid flash when deceleration is detected.

Winter seems to have rolled around rather quickly this year. No sooner had the Vuelta a Espana finished and bam, it was going dark at 4:30 pm. Rides home from the office have been in the dark, and it is certainly time to charge your lights.

Lezyne has been working on some new tech that it's added to its existing rear lights, with the focus on drawing attention to a rider when they are braking, or coming to a full stop. The tech has been added to a selection of existing Lezyne rear light designs, meaning that you have a normal rear light, with this added functionality should you want it.

Lezyne’s Alert technology is simply a small accelerometer that is used to detect when a rider is slowing and this, Lezyne says, triggers a maximum lumen output blast, followed by a “distinct” flash pattern.

> Should cyclists use daytime running lights?

Lezyne says: “Once deceleration is detected, Alert-enabled lights begin glowing solid, at full strength before providing a distinct flash pattern once stopped to notify riders or vehicles behind. Once riding is resumed, the light will automatically return to its previous output mode.”

It’s not the first time that we’ve seen this use of accelerometers in rear lights. Lumicycle was the first (that we remember) to integrate an accelerometer into a rear light. That launched in 2014, but we weren't able to get one in for testing. 2014 seems to have been a big year for bike brake lights, as there was also Lupine's Rotlicht rear light which scored an impressive 9/10 when Mat Brett tested it.

Exposure also has its Reakt technology which does the same thing, providing a warning to riders and motorists behind you that you are slowing down.

Not all rear brake lights have been a success. Sigma’s effort scored just 1/10 back in 2015.

As we’ve seen a steady growth of the ‘brake light for bikes’ over the past few years, will this be a feature that you’ll be looking out for during your next purchase? And how useful do you think a brake light would be?