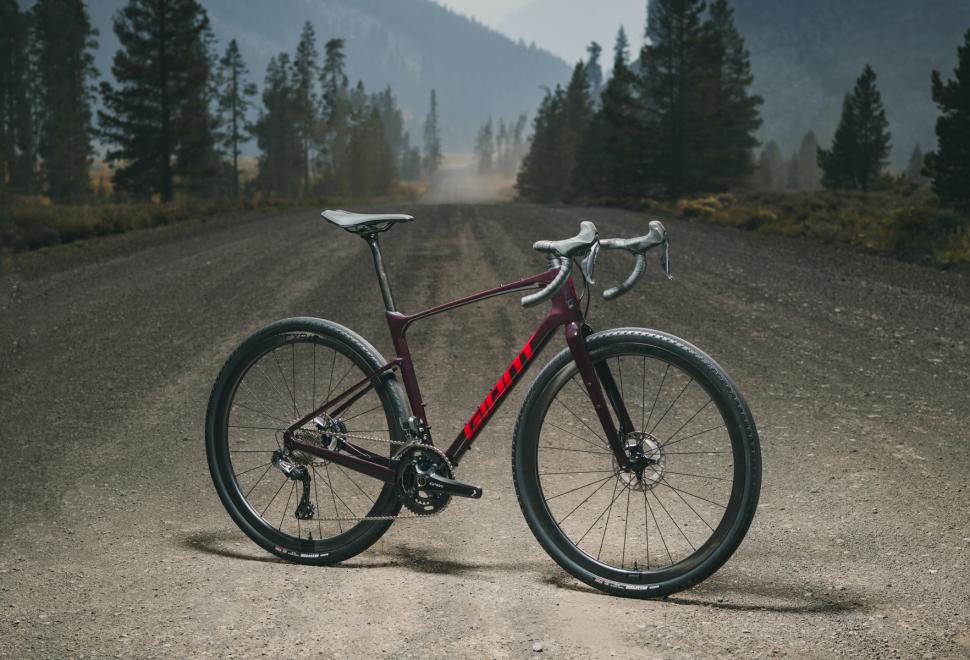 Giant has unveiled the latest generation of its Revolt composite gravel bikes, the Revolt Advanced Pro and Revolt Advanced. Both boast significantly lighter framesets - shedding 200g and 160g off respectively - with updated geometry that’s designed to aid speed and efficiency on the rough stuff. A 'flip chip' rear dropout has been added to let riders adjust the wheelbase to fine-tune the bike’s handling for different riding styles and terrain. 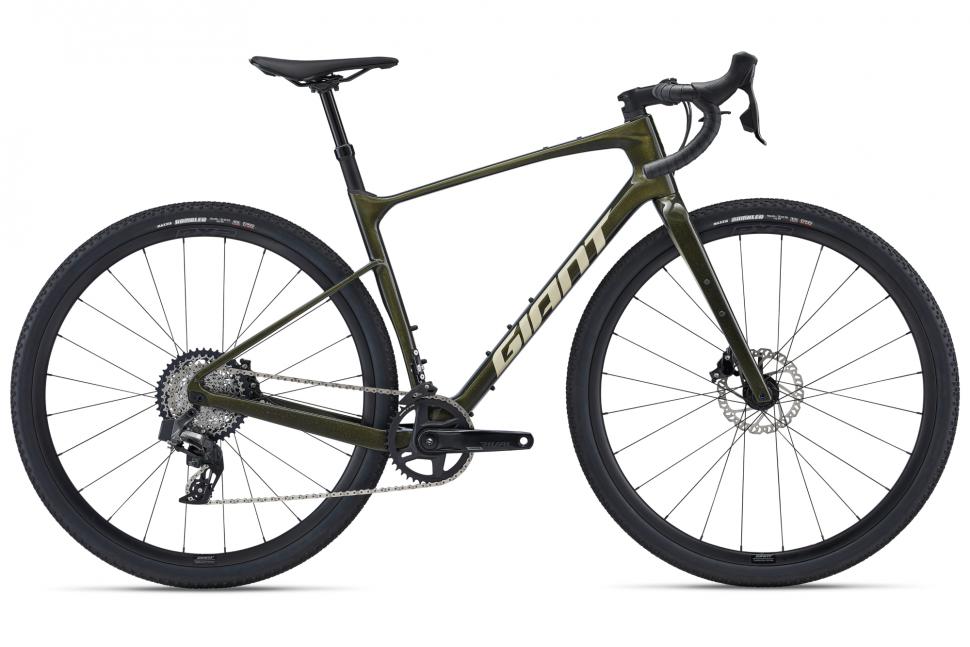 > Your complete guide to the 2021 Giant Bicycles gravel bike range

“Gravel riding means different things to different people,” Giant acknowledges. “Whether you’re aiming for the podium, attempting your first 100-miler on variable terrain, or planning a multi-day adventure on roads, gravel and dirt, the new Revolt range gives you the lightweight efficiency, smooth compliance and easy adjustability to make the most of your effort.” 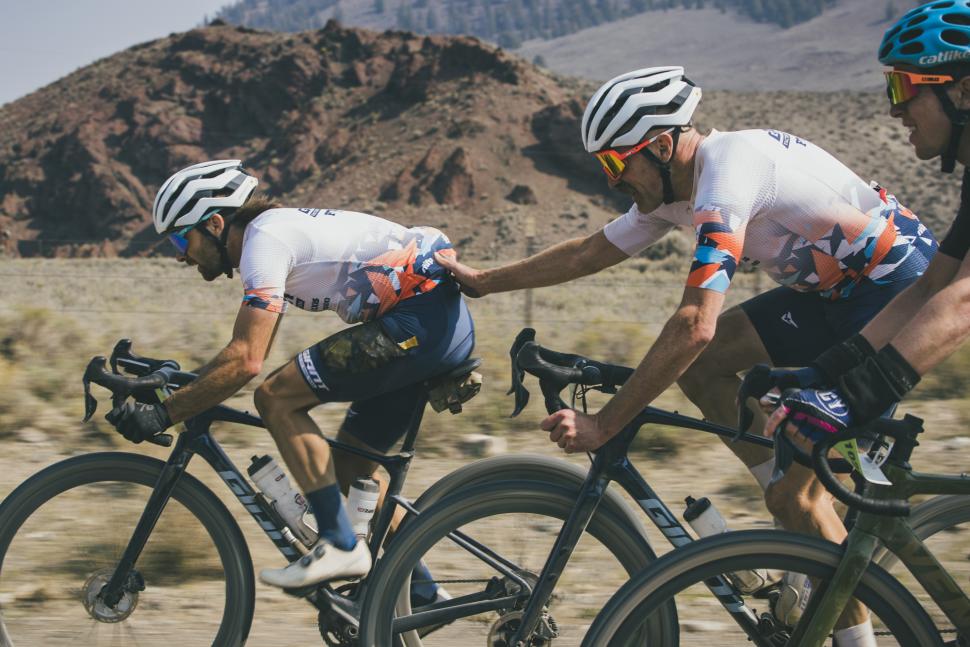 The range-topping model is the new Revolt Advanced Pro, that’s lighter than before thanks to its all-new Advanced-grade frame and Advanced SL composite fork that save a combined 200 grams compared to the previous generation.

The Revolt Advanced features the same frameset, but is instead paired with an Advanced-grade composite fork, shaving off a combined 160g over the previous iteration.

Giant has shortened the wheelbase and reduced the fork trail on both the Revolt Advanced Pro and Advanced for a “more lively, responsive feel” in a wide range of riding conditions.

Other geometry changes include a longer reach, now 387mm compared to 381mm on the previous generation for a medium size frame, and a 1-degree steeper head angle, bringing the previous 70.5 degrees up to 71.5 degrees. The bottom bracket has also been lowered by 10mm for a total drop of 80mm.

Giant has increased the versatility of the new Revolt models by enabling you to adapt the geometry and tyre clearance. This is thanks to the introduction of a flip chip on the rear dropout that has been included to let you adjust the wheelbase by 10mm.

The flip chip is completely new to Giant's gravel bike but the technology has already appeared on its full suspension mountain bikes, on the Trance X range. 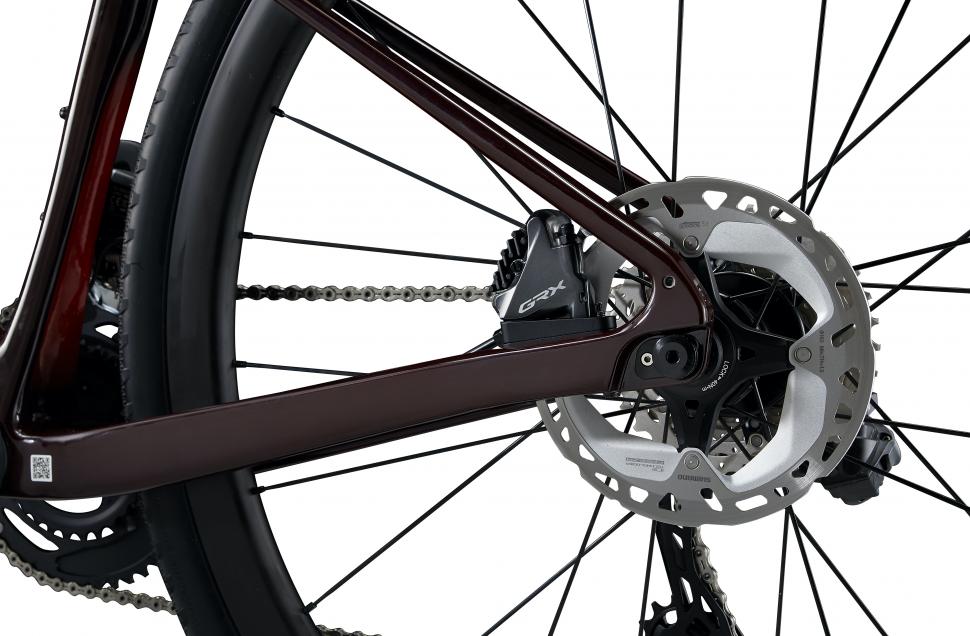 “The short setting gives it a quicker, more agile feel, while the long setting improves stability on rougher roads, gravel and dirt,” Giant sums up.

This long setting also provides more clearance for a larger diameter rear tyre, providing space for up to 53mm, which is quite a significant step up compared to the 42mm in the short setting. 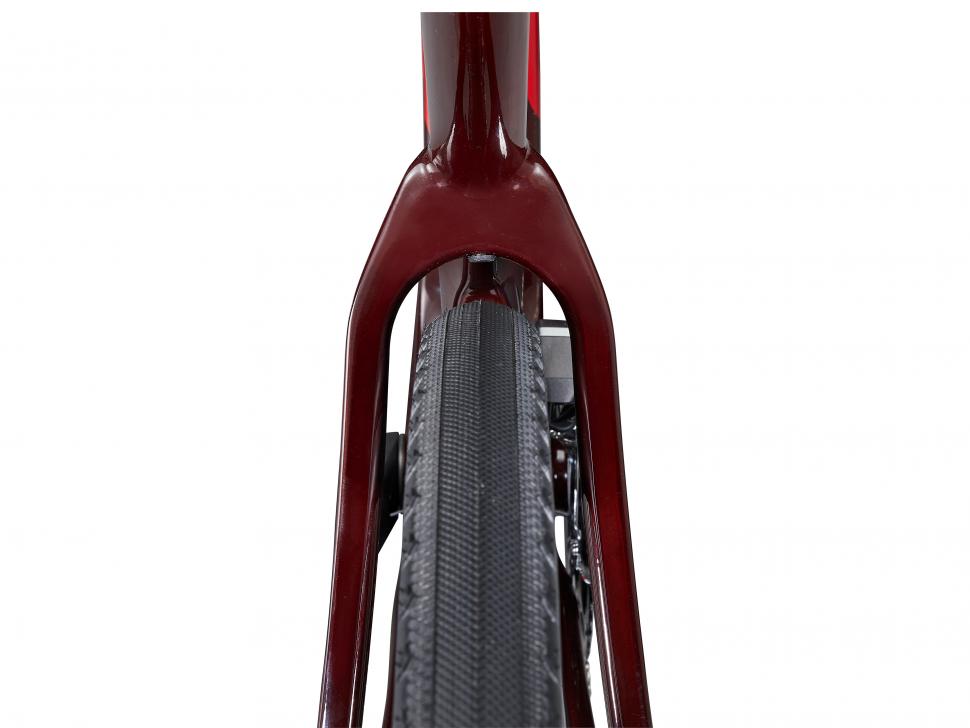 Giant says that using the long setting also extends the fork trail by 4mm which adds stability at higher speeds.

To extend the Revolt’s capabilities to long adventures, both series now include six water bottle mounts—two on the down tube, two on the fork, plus one each on the top tube and seat tube. 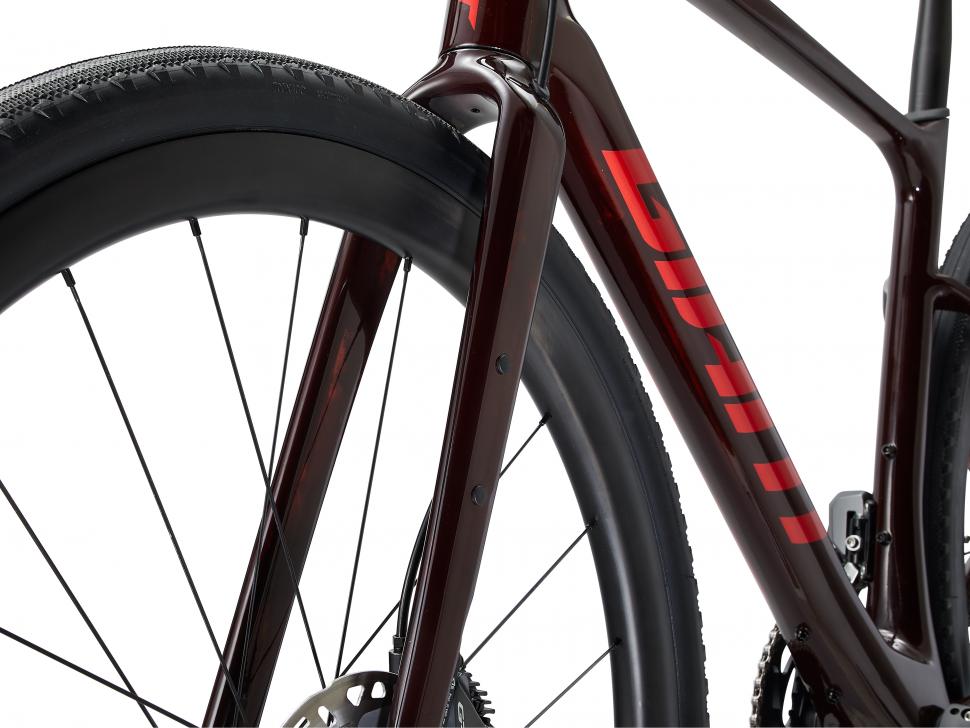 The frameset also includes a special adaptor at the seatpost for mounting a rack and is mudguard compatible.

All of the new Revolts have a lower seatstay junction with thinner diameter tubes, the idea being that this improves rear-end compliance without sacrificing stiffness while cornering, sprinting or climbing.

“The seatpost is secured with a hidden clamp inside the seat tube, allowing for 25 percent more flexing area to optimise its compliance,” Giant explains.

The composite D-Fuse SLR on the new Revolt Advanced Pro series has a -5/+15mm offset range to enable you to dial in your preferred fit.

Giant is also offering the option to use a 30.9mm round seatpost. “For anyone seeking maximum control on off-road terrain, that means you can now opt for a mountain bike style dropper seatpost,” Giant notes. 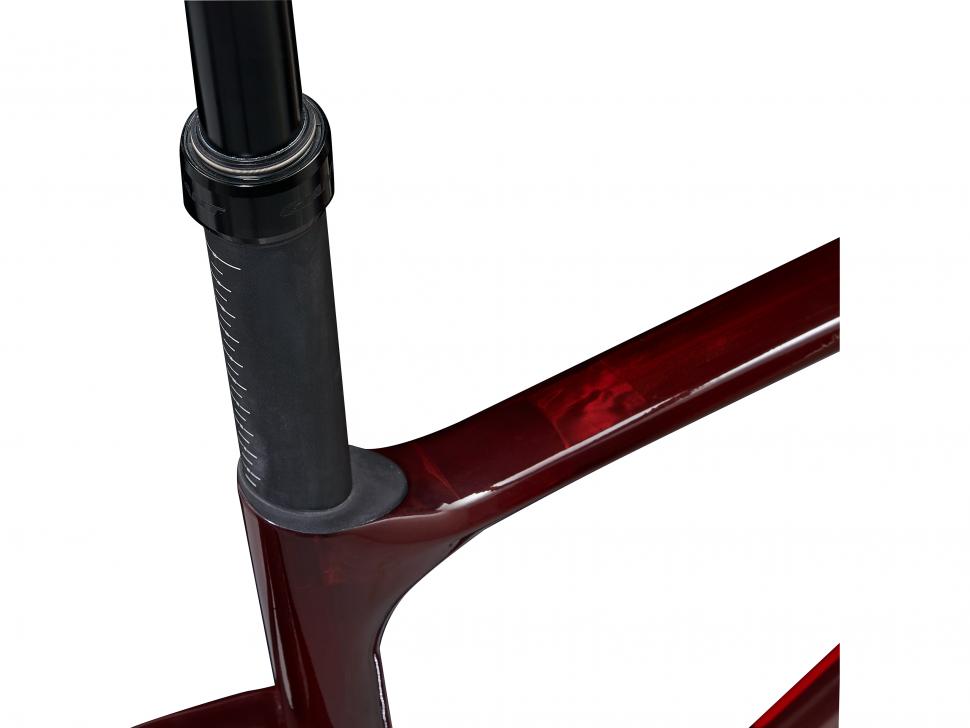 “The handlebar works together with the seatpost to add compliance at two key contact points without the unwanted complexity or weight associated with pivots or inserts,” says Giant.

“Every available wheel setup ensures robust strength at a minimal weight, plus the ability to run high-volume tyres at lower pressures for a smoother ride, better grip, and smooth rolling efficiency on variable terrain,” says Giant.

40mm Maxxis Receptors are specced on the Revolt Advanced Pro 0, 1 and Advanced 0 models, while the Advanced 1 has 45mm Maxxis Ramblers fitted and the Advanced 2 and 3 models come equipped with Giant’s CrossCut A1 1 tyres in the 38mm option. 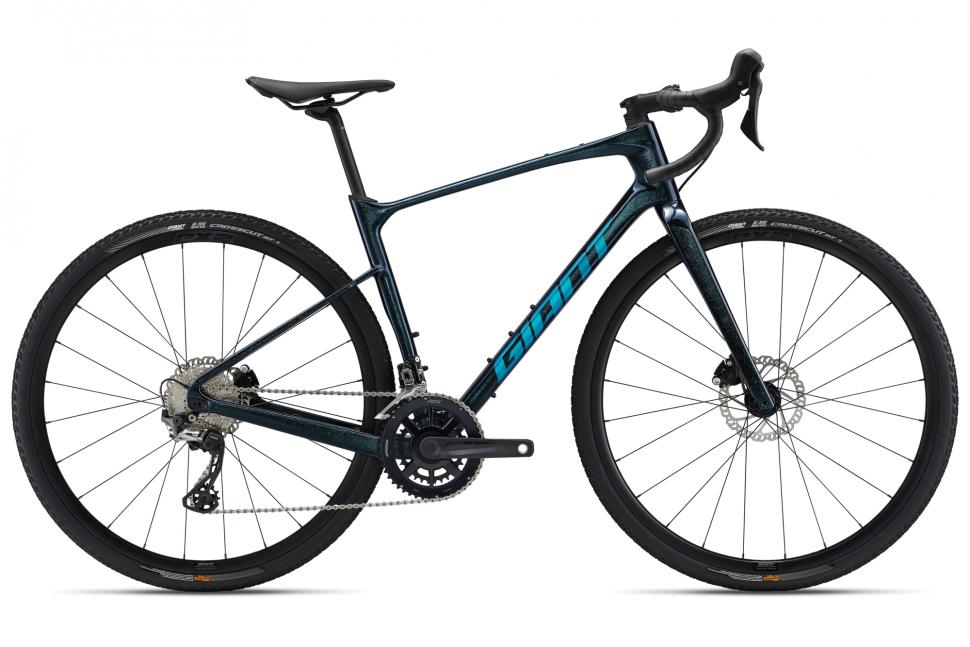