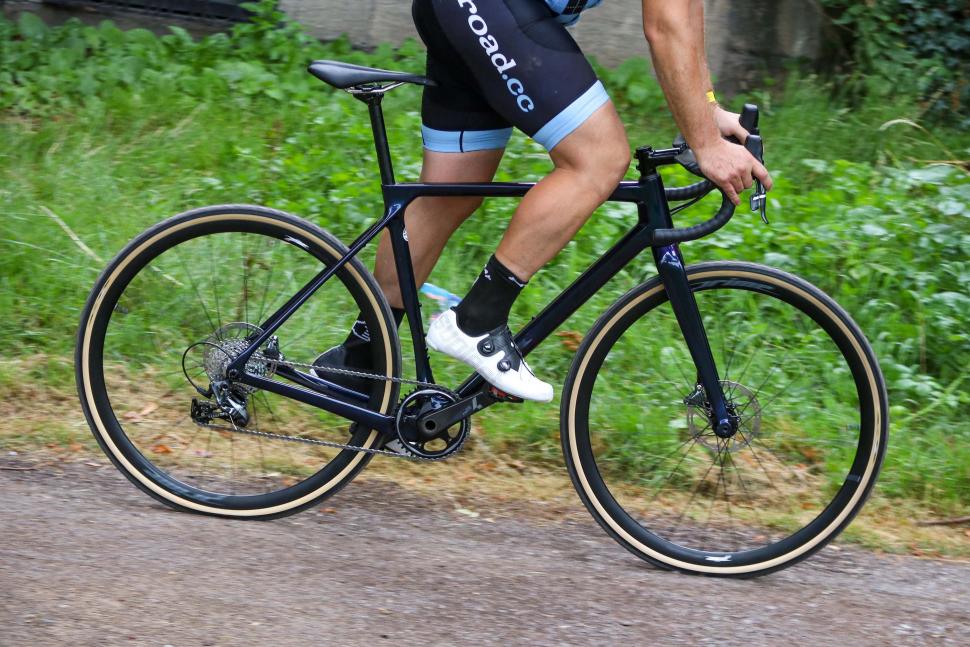 In preparation for the upcoming cyclocross season, Stu gives his first thoughts on how this new bike behaves in the mud
by Stu Kerton

The cyclocross season is nearly upon us so it’s the perfect time for us to get our hands on the brand new Vitus Energie Evo CRS which has been completely redesigned for 2021. This isn’t a full review, it's a run through of my initial thoughts and findings. On the whole, they’re very positive. Many people would have you believe that there's little difference between a cyclocross bike and a gravel bike apart from a good dose marketing. There is a big difference, though. Gravel/adventure bikes tend to be endurance orientated thanks to an extended wheelbase and relaxed handling whereas cyclocross bikes are designed for an hour of racing. The Energie Evo feels like a race bike.

Vitus has altered the Energie's geometry from that of previous versions, with a longer top tube and a shorter stem.

"This puts your hands and bodyweight in a superior position for stable and predictive steering through technical terrain," says Vitus.

So far, I’ve ridden the Vitus on gravel tracks, by-ways and through the woods via some very twisty and technical trails which, thanks to the recent change in the weather, have become wet and muddy. These conditions have really shown that the steering is quick and direct. As the Evo was sliding around on the relatively narrow 33m CX tyres (I’m more used to riding gravel bikes with 40mm+ rubber) the handling gets you out of a lot of trouble.

With loads of feedback from the frameset and the position that the overall geometry put me in, I could easily guide the Vitus around all kinds of obstacles. The fact that I could pre-empt where the front end would head allowed me to really keep the power on.

This’ll make a big difference on race day when you have to keep powering out of slow, muddy corners every lap. 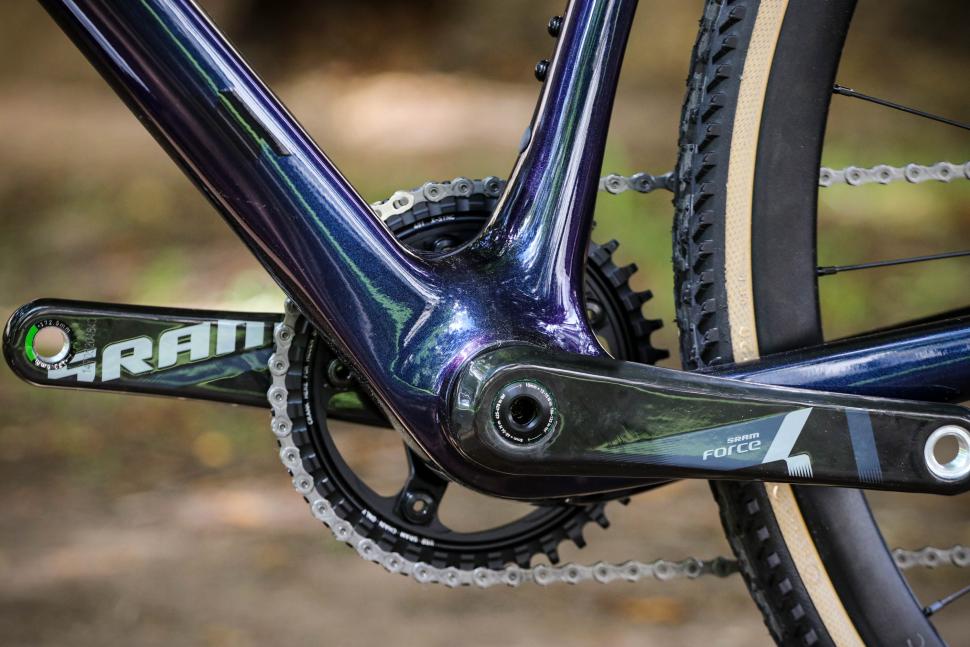 Stiffness levels for delivering that power are also impressive thanks to the wide bottom bracket junction (it's BB386EVO standard), the bottom bracket itself, and suitably chunky chainstays. Out of the saddle, climbing doesn’t show any flex in that area at all.

Those chainstays I mentioned provide loads of mud clearance; Vitus reckons this is one feature that sets the Energie Evo apart from its rivals. The ability to ride longer without the build up of mud affecting your performance has to be good news when you're racing.

Dropped seatstays and an integrated clamp are intended to provide compliance while the underside of the top tube has been designed to be comfortable when you're shouldering the bike.

For this CRS model’s £2,499.99 price tag you are getting a decent level of kit, especially the SRAM Force 1x groupset. 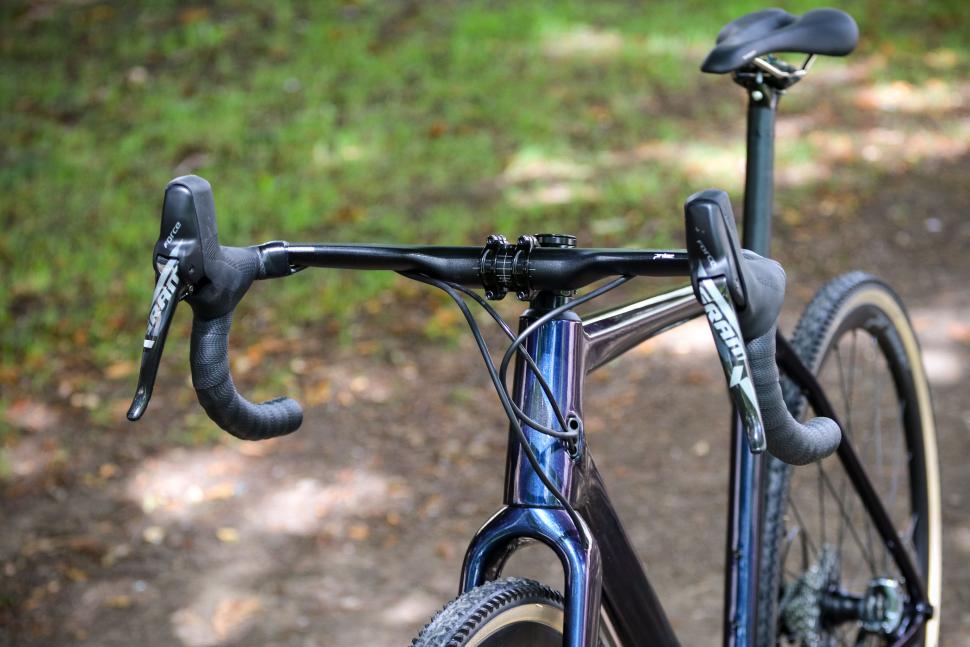 It’s 11 speed with a 40T chainring and an 11-32T cassette which is definitely more compact than you’ll find on most gravel bikes.

The flat-section Prime Doyenne alloy handlebar gives plenty of hand positions and the Vitus saddle is comfortable too. 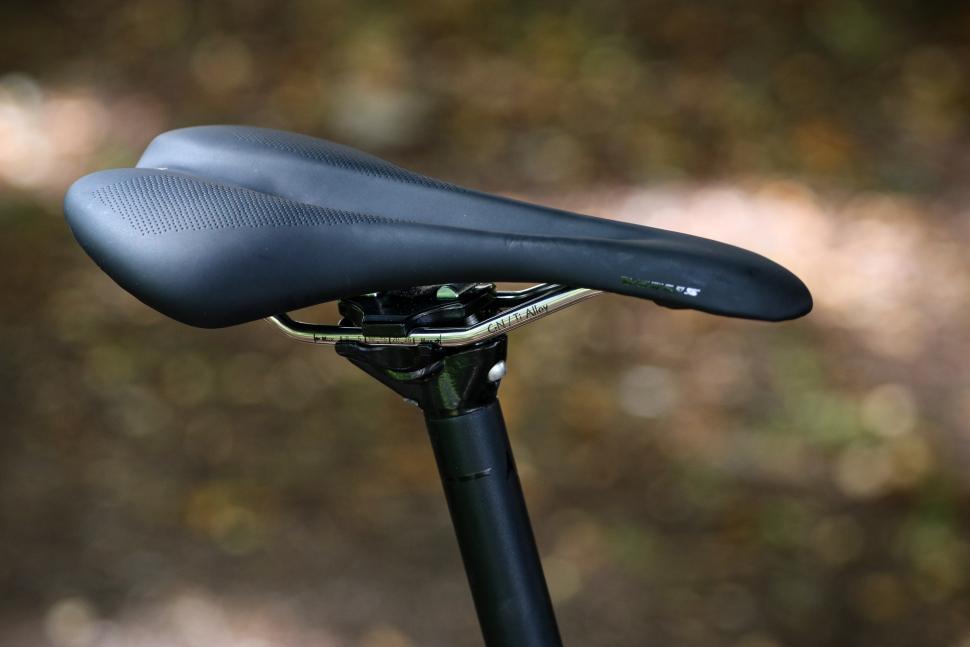 Overall, I’m impressed by the Vitus Energie Evo CRS so far and I’m looking forward to riding it in the events I’ve got coming up over the next few weeks.

I’ll be back with a full in-depth review towards the tail end of September with my findings about what the Vitus is like to live with and race on.

In the meantime, head over to vitusbikes.com for more details.