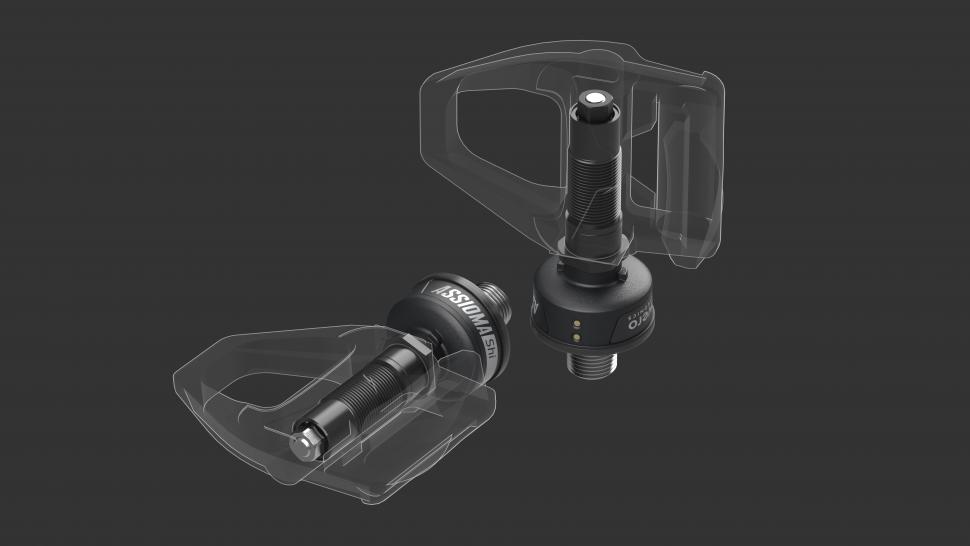 Previously Favero’s Assioma could only be used with Look Keo style cleats, but the new DUO-Shi is a spindle designed to fit into your existing Shimano pedal bodies
by Anna Marie Hughes

Favero has launched a Shimano-compatible system for its Assioma power meter pedals that allows riders to convert pre-owned Shimano SPD-SL pedals. There’s a catch though, the Q-factor has been upped significantly from the industry standard 54mm to 65mm - riders with wider pelvises are more likely to get on with this. 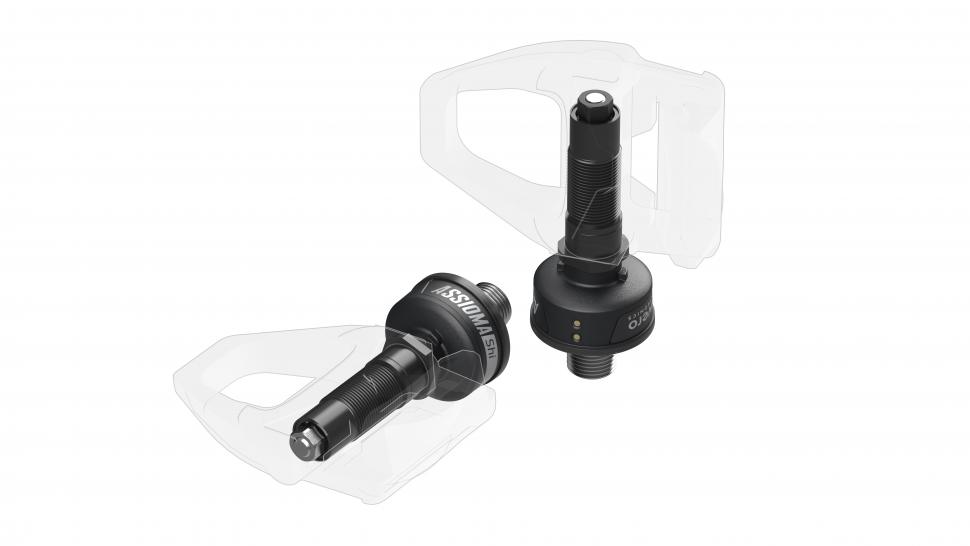 The new Assioma DUO-Shi allows the Italian brand’s power meter system to be installed into Shimano pedals. Jack Sexty was impressed with the value, accuracy and usability of the £735 Assioma Duo when he reviewed the power meter pedals, and this performance is now available at a lower price point with the Shimano spindle option at around £512.

The new Shimano-compatible kit is only available as dual-sided, unlike Favero’s power meter pedals which can be bought as a DUO or as a single-sided option called UNO.

The new system consists of two cartridges mounted into a couple of Assioma-Shi sensors for fitting into Shimano’s SPD-SL pedal bodies; basically, no pedal bodies are being shipped with the product.

“This decision aims at offering the best value for money to those cyclists who already ride with Shimano and can now take their training to the next level with the accuracy of Assioma,” explains Favero. 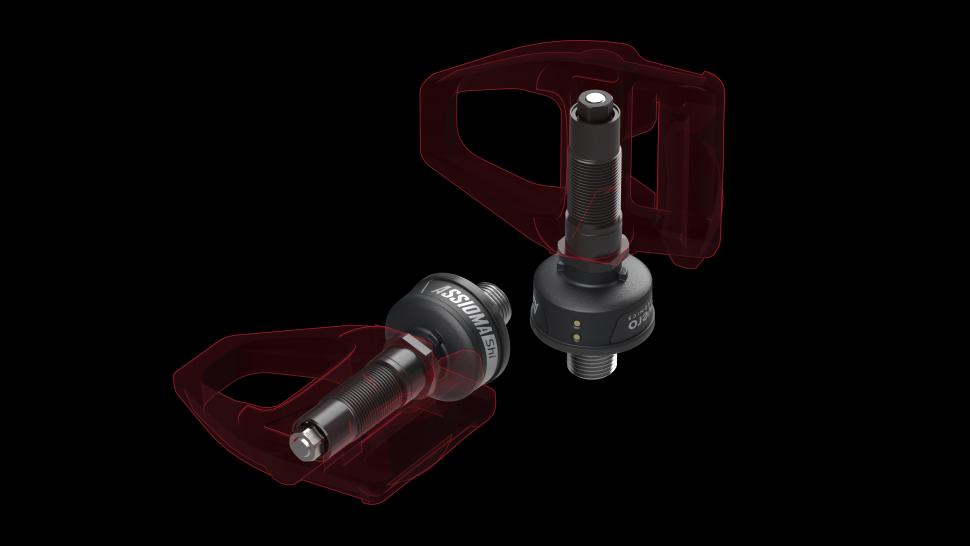 However to achieve this compatibility with Shimano, Favero has increased the Q-factor (the distance between the pedals) from the industry standard of 54mm up to 65mm.

This is significantly greater and could led to bike fitting issues for some riders, depending on body shape.

Favero acknowledges: “At the very beginning of the development of this project, this was seen with some concern, as the q-factor generally adopted in the market is of around +54mm.

“At the same time, though, we knew that the body size (height, pelvis width, etc.) is a subjective factor contributing to determining which is the best q-factor for each one of us.

“On the whole, the majority of our beta testers have accepted this change, giving us a surprisingly, positive feedback at the end of the tests. That’s why we are excited to hear from our customers what they think about it!”

There’s also a couple of differences between this Assioma-Shi sensor and the one currently used for the Look power meter pedals.

Favero explains that the sensor undergoes a different factory calibration for Shimano-compatibility and it has also added an oil retainer glued to the axle.

The Assioma DUO-Shi (sensor and adapter) comes in at a claimed weight of 99g per side, while the total weight with this system fitted into a PD-R8000 pedal body (not included) is a claimed 157g per side. That’s just a touch heavier than the Favero Assioma Duo pedals that weigh in at 300g.

That’s significantly cheaper than the recently released Garmin Rally (review coming soon) which costs £969.99 for Look or Shimano SPD-SL, or £1,059.99 for Shimano SPD.