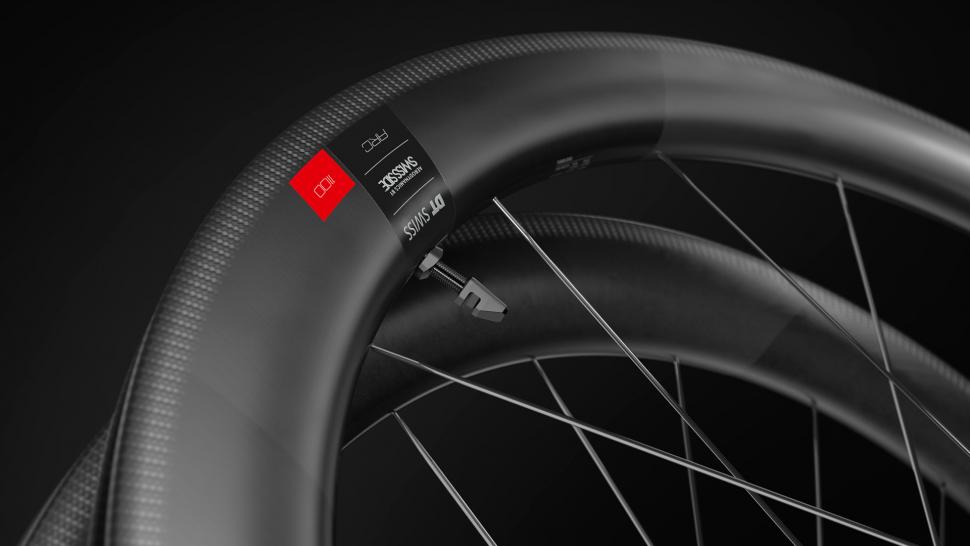 New wheels shave 0.5 watts from old hoops through use of new spokes
by Liam Cahill

DT Swiss has reworked its ARC 1100 and 1400 rim brake wheelset ranges to include the redesigned DT Aerolite II and Aero Comp II spokes. The changes also include a move to the Ratchet EXP 180 and 240 hubs, resulting in a marginal drag reduction of 0.5 watts.

While much of the bike industry’s focus has been given over to disc brakes and designing wheels without the need to incorporate a brake surface, DT Swiss says that “reality shows that many road bikes are still equipped with rim brake callipers.”

But before you go to shower DT Swiss with #SaveTheRimBrake praise, however, you’ll probably want to know that it's small changes rather than a giant leap forward. 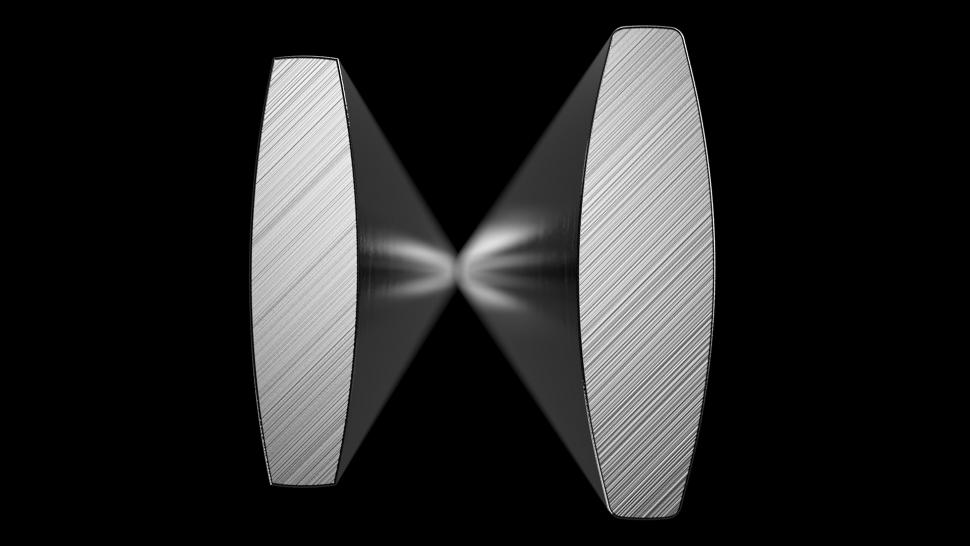 The spokes are the main improvement with the new wheels and are the component that you can attribute all of the aero gains to.

Speaking of aero gains, DT Swiss has popped the new 62mm front wheel into the wind tunnel to see how it stacks up against the 2018 model. 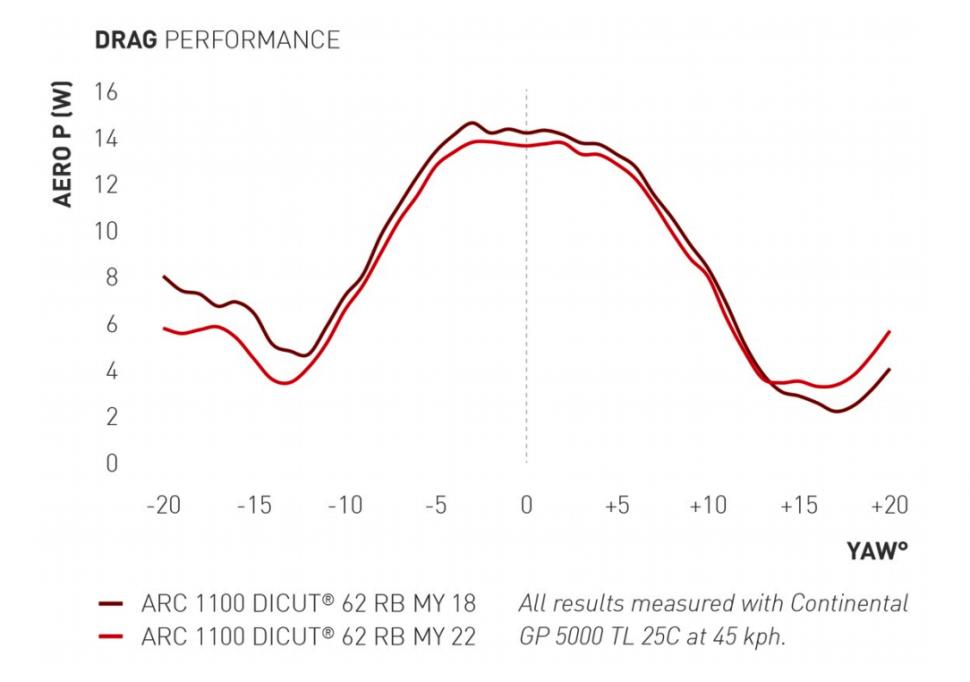 Dt Swiss says that “across nearly all yaw-angles a positive effect amounting to a marginal weighted* gain of 0.5 watts was measured. This indicates, under a given identical rim shape, that the new spokes and the hub design have a positive influence on the aerodynamic performance of the new ARC rim brake wheels compared to the previous rim brake model with the same rim height.”

The ARC 1400 uses the same spoke pattern and counts as the more expensive ARC 1100 but sticks to the older DT aero comp spokes to save some money. Presumably, this removes the benefits of the 0.5 watt gain. 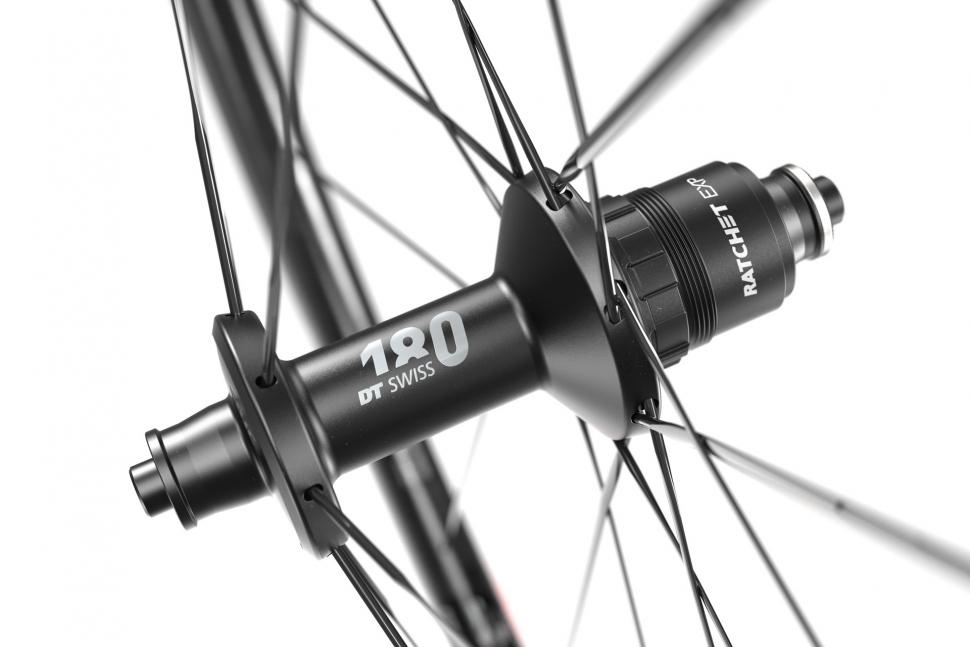 The updates aren’t limited to the spokes. The new wheels get the updated DT Swiss Ratchet EXP hubs with the ARC 1100 using the 180 model with ceramic hubs inside and the ARC 1400 spinning on the 240 model.

Earlier this year, DT Swiss did acknowledge an issue with the Ratchet EXP design where, in some cases, users were reporting faster than expected wear to the ratchet ring with the end result being that the drive ratchet was unable to engage. This has, however, now been fixed. While the spokes and the hubs have changed, no change has been made to the rims. The tubeless-ready, carbon clincher rims are unchanged from the 2018 version of the wheels, so you’ll still find a 17mm inner rim width and three depths of 80, 62 and 48mm.

Interestingly, DT Swiss says that the “ARC wheels for rim brake continue to use the proven rim shapes, under the given restrictions of bike frame constructions.”

This could suggest that DT Swiss was unable to eek out any further aero gains while keeping the brake surface at the right size for the brakes.

The rim shape was developed with SwissSide and, according to DT Swiss, provides “minimal drag and superior aero stability in various conditions.”

In late summer of last year, DT Swiss announced that it had redesigned the ARC 1100 and 1400 disc brake wheels, with the rim shape being one of the key changes. The internal width increased from 17 to 20mm to give a shorter tyre contact patch, lowering rolling resistance.