Look bikes return to UCI World Tour in 2023: How many races will Team Cofidis win aboard this 795 Blade RS?

Take a closer 'Look' at the bike that will (probably) be seen under Cofidis riders such as Ion Izagirre, Bryan Coquard and Guillaume Martin next year...
by Jamie Williams

French UCI World Tour team Cofidis has confirmed that it will be using Look bikes and Corima wheels from the 2023 season onwards in a multi-year deal that sees the team move away from De Rosa.

Unless Look launches new bikes in the New Years, the team's riders will have the choice of the lightweight 785 Huez RS or the 795 Blade RS aero bike. Let's take a closer 'Look' at the latter... Cofidis has had a busy autumn, with many new signings. The team now has some serious firepower in the form of Ion Izagirre, Bryan Coquard, Guillaume Martin and Davide Cimolai. The 100% French partnership also includes Cofidis' women's and Para-cycling teams. 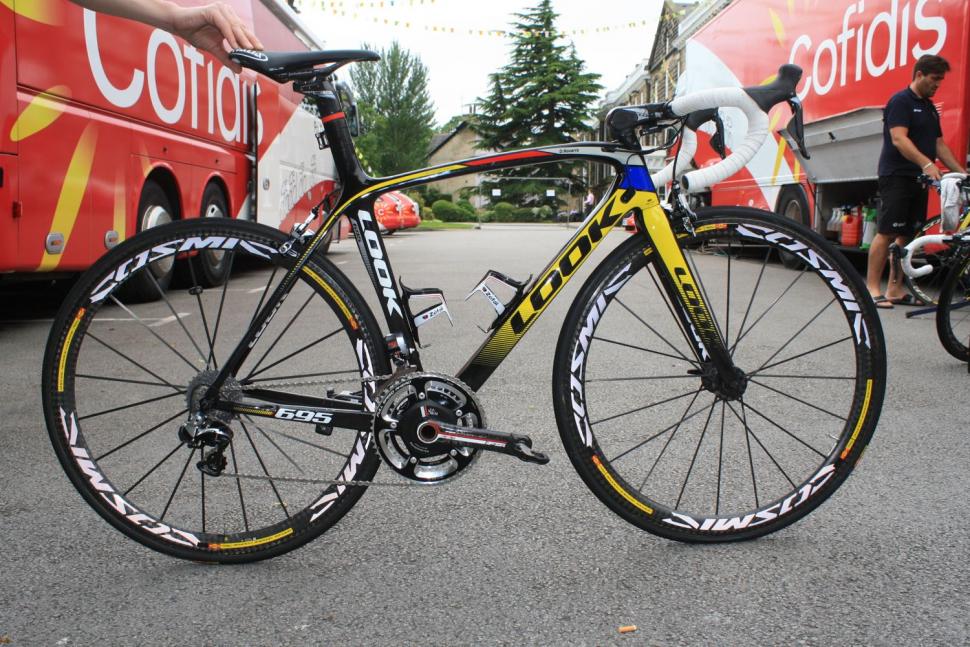 This isn't the first time that Cofidis has used Look bikes. The team rode them from 2009 until 2014 before switching to Orbea, and later De Rosa. (Daniel Navarro's 2014 Look 695 can be seen above.)

Even though this is by no means the first time that Look bikes have been in the World Tour peloton, they have been absent for the last few years. It was in fact in 1985 that a Look bicycle took it's first World Tour victory via Greg Lemond at the Tour de France. Since it was last in the World Tour peloton, the French brand has released plenty of new models, one of them being this range-topping aero bike: the latest 795 Blade RS. We think it's quite the looker! Look says this is a bike "all about performance" with a high modulus carbon frame incorporating all of the LOOK know-how, "to offer you optimum stiffness with no compromise on comfort."

Like many of the recent best aero road bikes, the 795 Blade RS has an integrated cockpit which channels the brake hoses under the stem and through the headset. > One bike to rule them all: why lightweight aero bikes are now THE essential race weapon

Despite its aero credentials, the frame has a very competitive weight of 1kg, a full 300g lighter than the previous generation. Look says this was made possible by using higher modulus fibres to reduce the tube thickness, and by extension, their weight.

The frame has space for up to 30c tyres and features this unique seat stay design with no bridge to deliver "maximum efficiency" and rear compliance. Look has used its new EPS (Extended Polystyrene) technology to create the carbon frame, which is apparently more costly than the traditional process and is only used for the brand's highest-performance bike models.

Look explains that rather than having one single mould for each frame size, this method requires two: one for the outer shape of the frame and one for the inner.

The EPS process consists of draping the layer of carbon fibre fabric over a hard polystyrene form, which is then removed. The high-tech moulding process is said to avoid any folds, porosities and areas of weakness in the carbon. We've already mentioned that Cofidis is no stranger to using Look equipment. As well as previously using them as a bike partner, the team has been using Look pedals since 2010, specifically the Look Keo Blade Ti.

Cédric Vasseur, General Manager of Team Cofidis said: "As the UCI World Tour team, we are more concerned than ever with the level of performance of all the components of our bike and we want to offer the ultimate quality to all of our riders. We are also proud to ride on 100% French high-tech products." 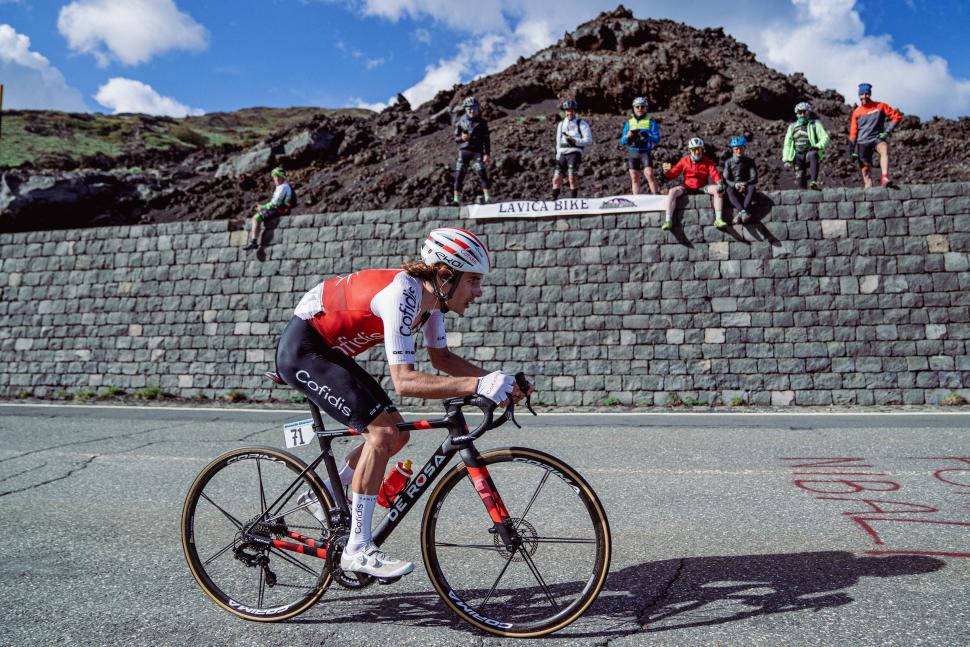 Cofidis, like in 2022, will use Corima wheels (Part of the Look cycling group) and will have the choice between the MCC DX, WS Black DX, and WS TT DX wheelsets. Corima wheels also have a rich history in the World Tour peloton; in fact, they have racked up four Grand Tours and a road race Olympic title in the last decade.

Two teams will be using Corima wheels in 2023: Cofidis and Astana Premier-tech. 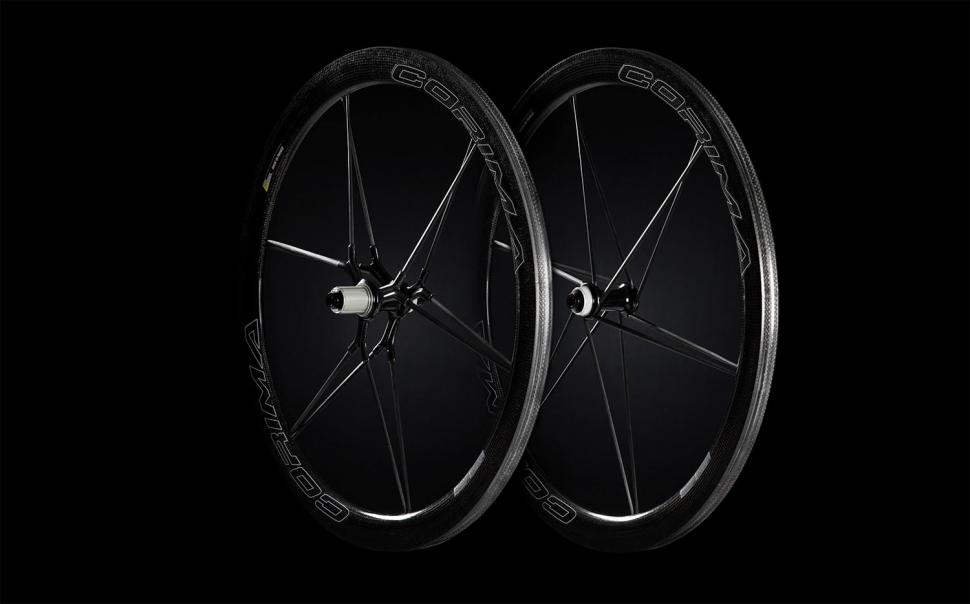 The MCC DX wheels are available in both 32mm and 47mm depths and feature a nearly full carbon fibre construction with this unique 12-spoke pattern both front and rear. Weights start as low as 1,295g, which is sure to help in the mountains.

Federico Musi, CEO of Look and Corima, said: “Look and Team Cofidis are proud to announce a long-term partnership which will allow the riders of the UCI World Tour team to benefit from the full range of LOOK bikes, pedals and CORIMA wheels. We are also particularly excited to contribute to diversifying and expanding the community of riders by supporting the professional women’s team as well as the development of the para-cycling team.

"Promoting ‘Made In France’, French knowhow, and LOOK’s heritage of excellence alongside a team as prestigious and historic as Cofidis is a real honour". What's your favourite bike in the World Tour peloton, and does this Look 795 Blade RS compete? Let us know in the comments section below...