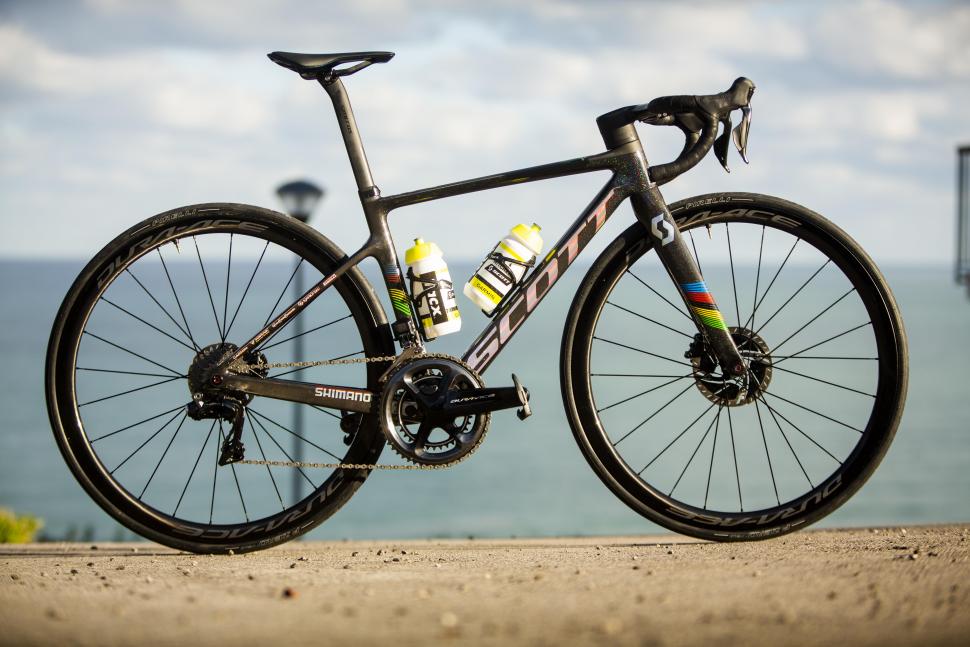 After the winter hiatus, pro racing is set to resume and we’ve got our first of many personalised bikes. This one belongs to Annemiek van Vleuten, the Dutch rider winning the world champs in Yorkshire last year with a stunning 105km solo breakaway, and not only earning the coveted rainbow stripes jersey, but a custom bike from team sponsor Scott too. 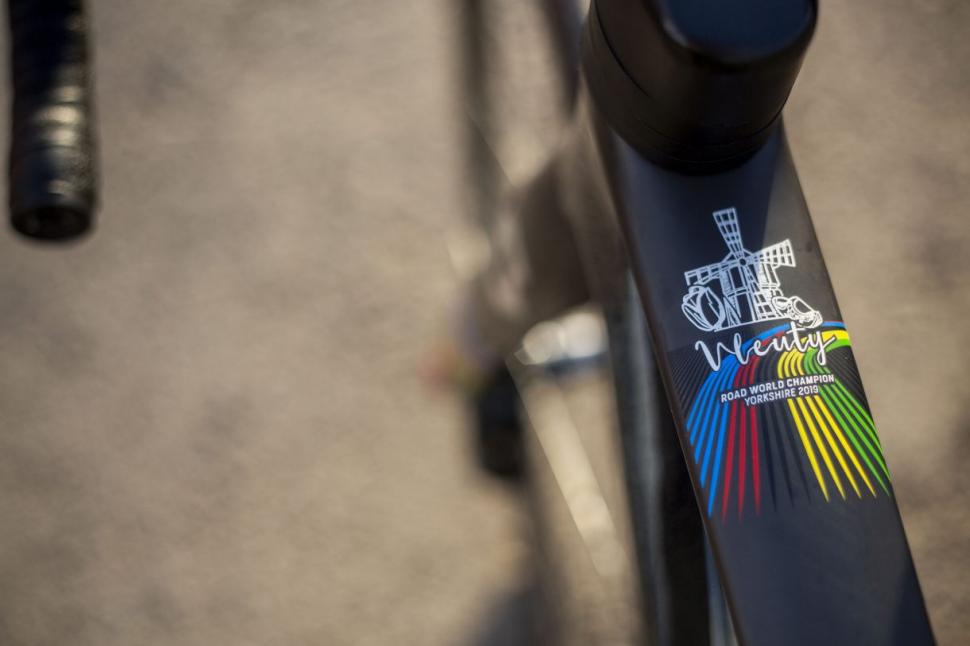 The Scott Addict RC she is riding this season has been given a special paint job by the company “as a great recognition of her achievement and a motivating reminder of that wonderful championship triumph.” 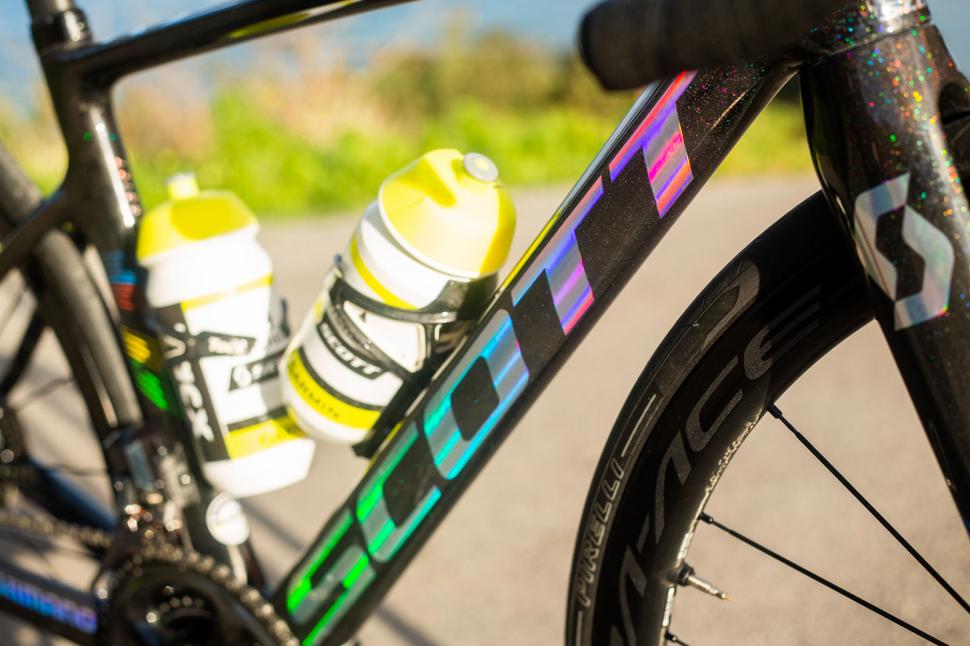 The frame and fork have been painted with a glitter paint job and silver logos that is sure to look stunning in the flesh. There are obviously rainbow stripes on the seat tube and fork and with three iconic Dutch symbols; a windmill, a clog and a tulip. Here nickname “Vleuty” appears on the top tube there’s a celebration of her brave solo breakaway in the world champs on the down tube.

“I really love the bike, SCOTT made it especially for me," said a clearly delighted Van Vleuten. "The thing I like the most is that it says 105km solo, that’s the amount of kilometres I did solo at the world championships, so it makes the bike really personal to me." The Mitchelton-SCOTT team has confirmed the entire women’s team will race on disc brakes this season using the brand new Scott Addict RC. Van Vleuten appears happy with the bike. “I also really like that this bike is with disc brakes," she said. "That’s a new feature for the women’s team in 2020, my descending on it has been going like crazy so that’s really good and yet the bike is still very light.“ 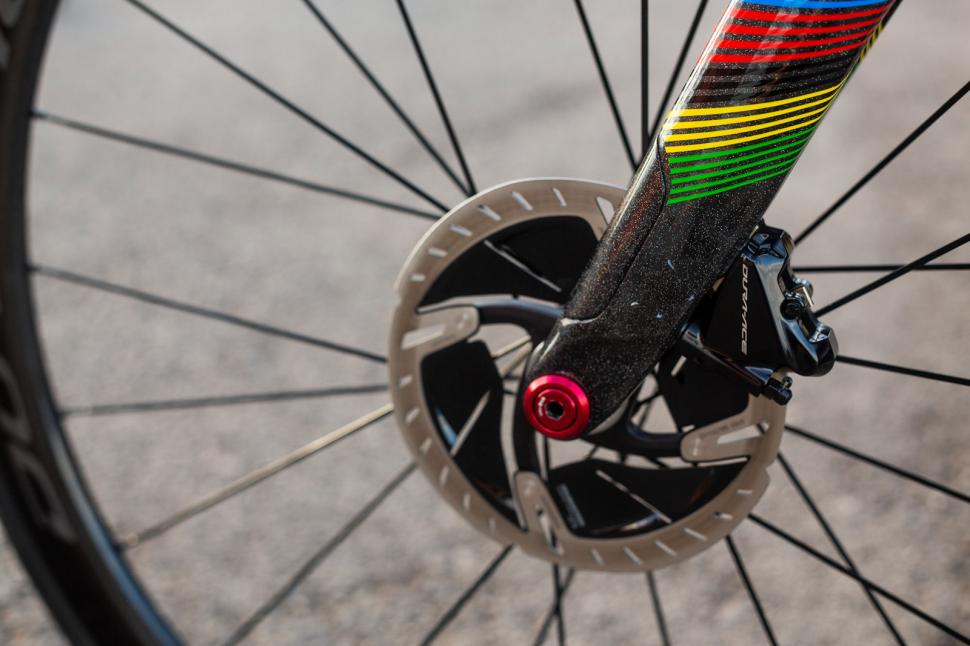 Nice eh? The new bike will debut in the Omloop Het Nieuwsblad on Saturday 29th February.