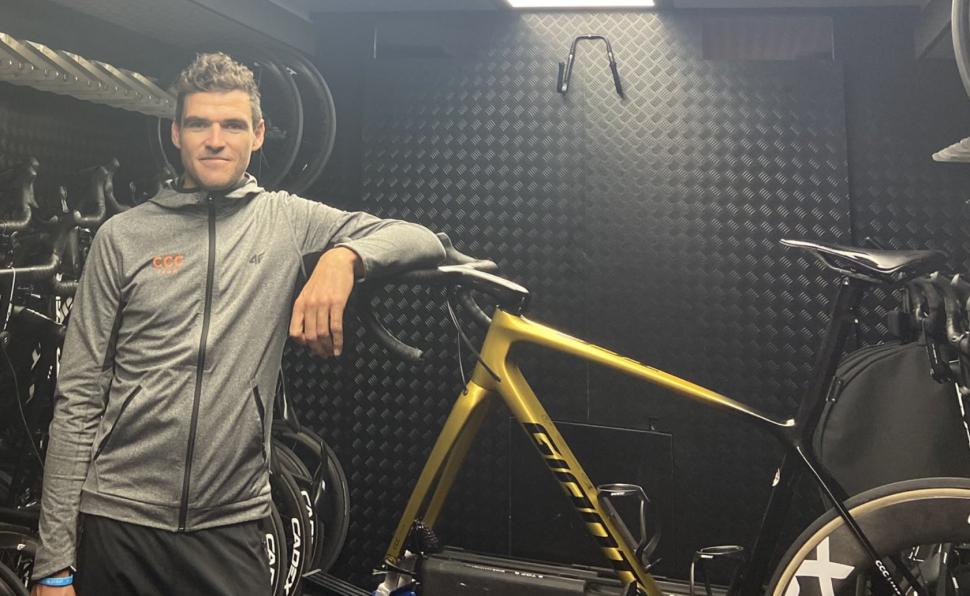 In pictures shared on Twitter this week, the brand new 2020 Giant TCR Advanced could have been unveiled at the Team CCC launch with star rider Greg Van Avermaet.

That Giant has been developing a new TCR Advanced is no huge secret. Most bike brands work to roughly three-year product cycles, the TCR Disc was unveiled in 2016, so an update is about due.

But the UCI’s List of Approved Frames and Forks gives us the biggest clue to a new bike. A couple of months ago we spotted on this list the inclusion of the 2021 Giant TCR Adv (plus SL and Pro versions, and disc brake models) have been added to the list.

The TCR has always been Giant’s go-to bike for all-round use, whether it’s climbing in the mountains or tackling undulating routes. It has the Propel for aerodynamic enthusiasts, sprinters and breakaway specialists, and the Defy for smoothing rough roads and cobbles.

We can’t tell a huge amount from the few photos that have been shared, but it’s clear the general design of the previous model has been retained. There’s the same integrated seat mast and Giant has shunned the dropped seatstay trend that is popular with bike designers at the moment, the skinny stays attach at the seat tube/top tube junction.

There appears to be a bit more sculpting and profiling of the carbon around the head tube junction with sharp edges on the inside fo the frame and running down the seat tube. That will likely be aimed at improving the stiffness of the frame. 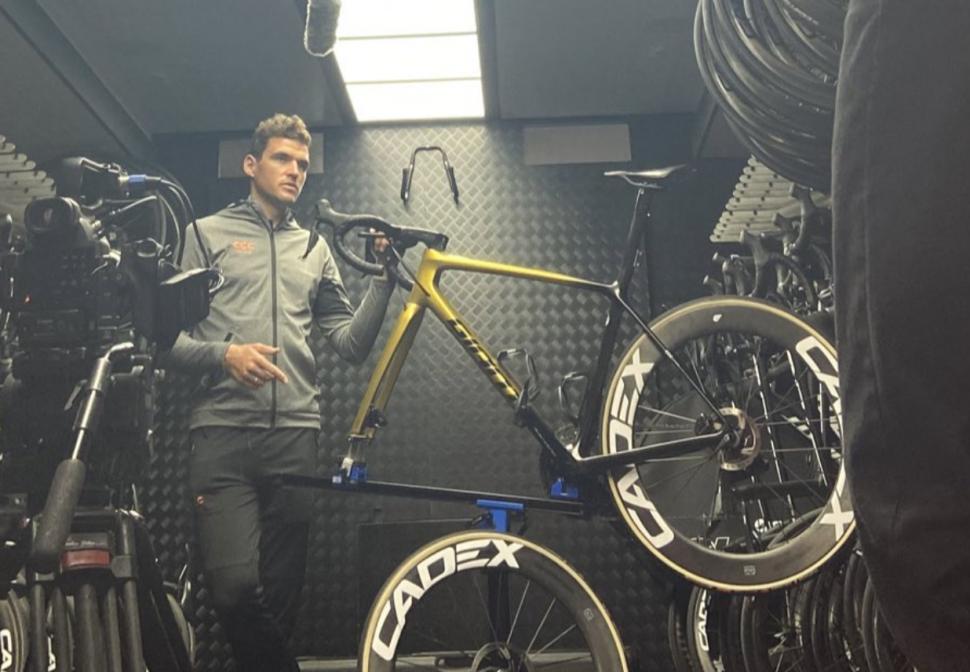 The fork looks to be all-new, with the fork blades clearly bowing out from the dropouts to the head tube. The idea here will be to move the forks away from the spinning wheel to reduce turbulent air, and it’s a move we’ve seen a few other bike brands dabble with, enabled by the UCI’s relaxing of the 3:1 tube ratio rule.

Greg is leaning on a one-piece carbon fibre handlebar and stem that doesn’t appear to route all the cables and brake hoses inside as we’ve seen on many of the latest bikes, where integration has been a key buzzword.

It also appears Giant has developed disc and rim brake versions of the new bikes, bucking the trend we’ve seen with rim brake options being dropped in favouring of giving athletes and consumers the choice. When the new bike is going to be officially launched is anyone’s guess but with the filming that is taking place in these photos, we wouldn’t be surprised if an announcement is made in the early part of 2020.