Team Bahrain McLaren – Team Bahrain Merida, as was – has been showing off its 2020 race equipment and here is one of the bikes it'll be using: Merida's Scultura Disc, in an entirely new finish.

The team members will also be using the Merida Reacto Disc aero road bike and the Time Warp time trial bike. The team will use only disc brake-equipped road bikes with Merida believing that the benefits over rim brakes far outweigh the increase in weight. The time trial bike is currently rim brake-only. 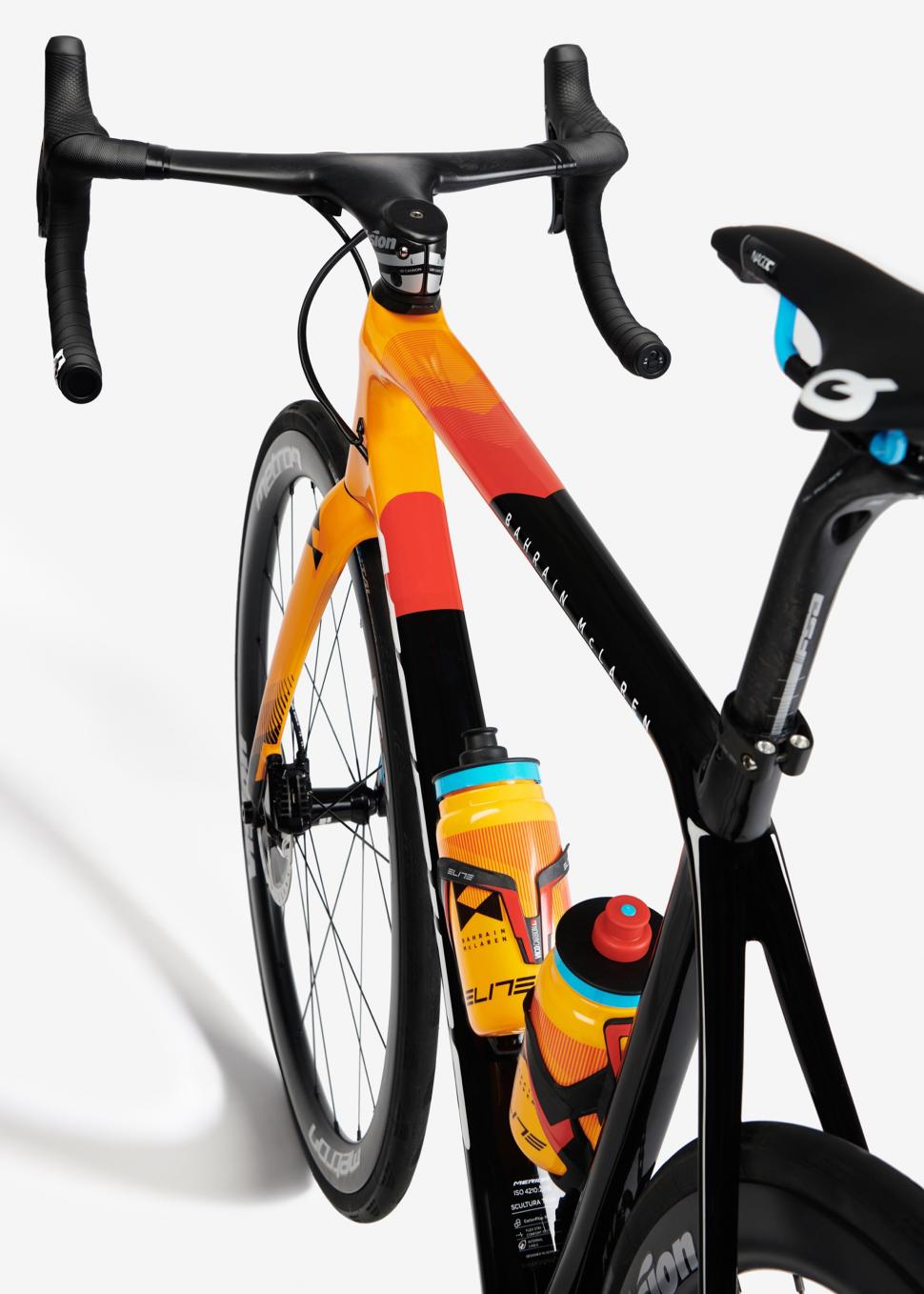 The Scultura Disc is the lightweight road bike in Merida's range and it's a fabulous bike although, launched back in 2016, we wouldn't be surprised to see a new version emerge some time during the 2020 season.

Read our review of the Merida Scultura Disc 6000 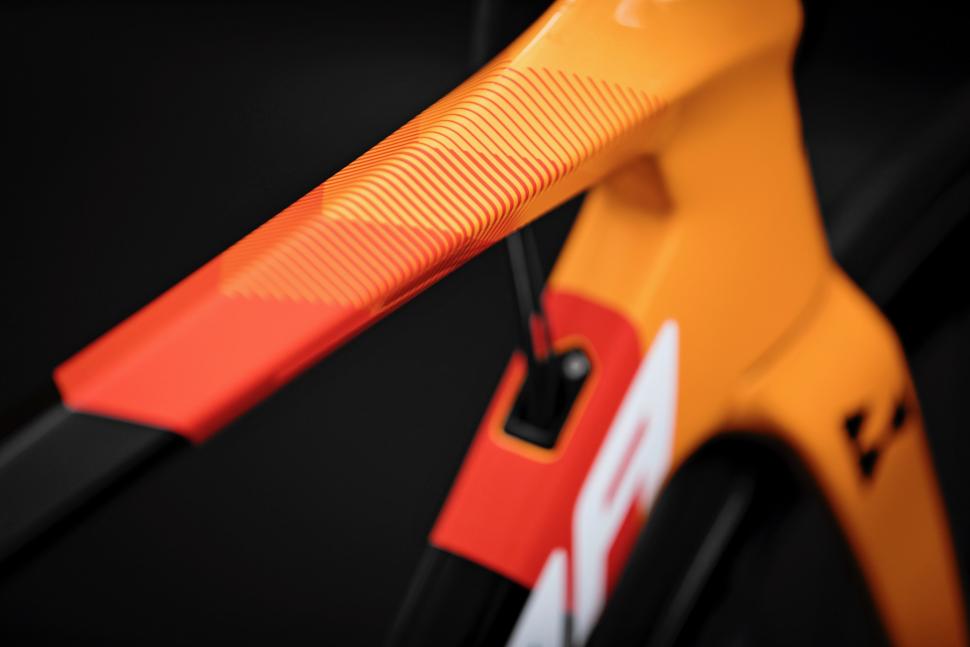 Team Bahrain McLaren uses Shimano Dura-Ace Di2 groupsets. We first saw the current 9170 version back in 2016 so, again, that's equipment that could very well be updated in the coming months.

The team uses the Shimano FC-R9100-P Dura-Ace power meter chainset. Check out our review of it here. That's a Vision Metron 5D combined handlebar and stem up front, which is a product that was used extensively by Team Bahrain Merida over the past few years. The Scultura Disc frame hasn't been designed specifically for this cockpit, hence the slightly clunky non-integrated look at the top of the head tube.

Vision/FSA has provided other handlebars to the team over the past three years, along with stems and seatposts, and it now provides wheels too after a switch from Fulcrum. Riders will choose between the Metron 55 SL, the Metron 40 SL, and the Metron 30 SL for their road bikes. Vision says that it will provide the team with wheels for both clincher/tubeless and tubular tyres. 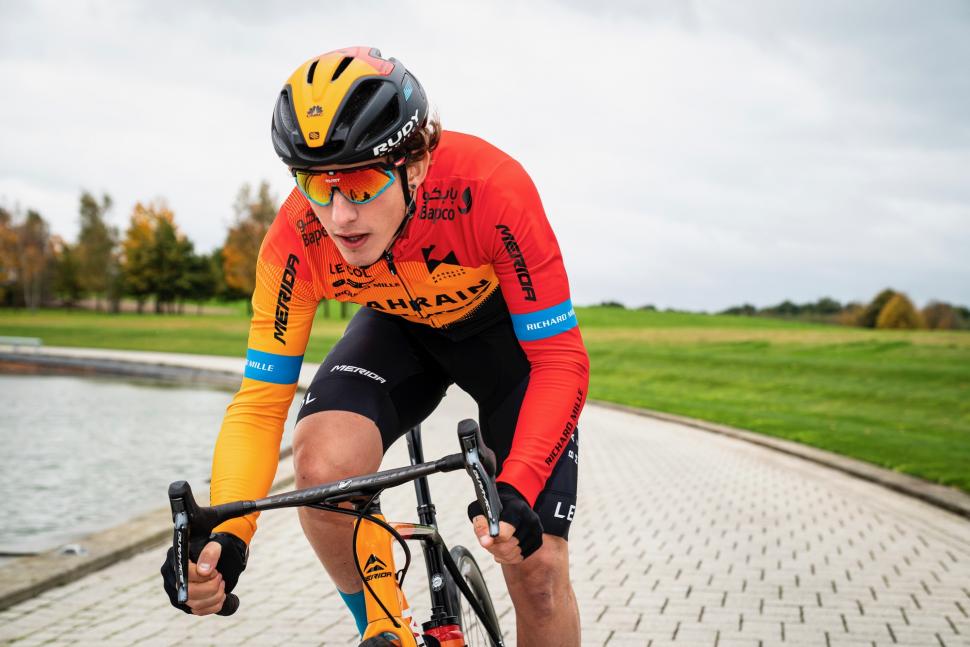 Continental provides the tyres. The bike shown here is fitted with Grand Prix 5000 tubeless tyres, and it'll be interesting to see how much time riders spend on these. 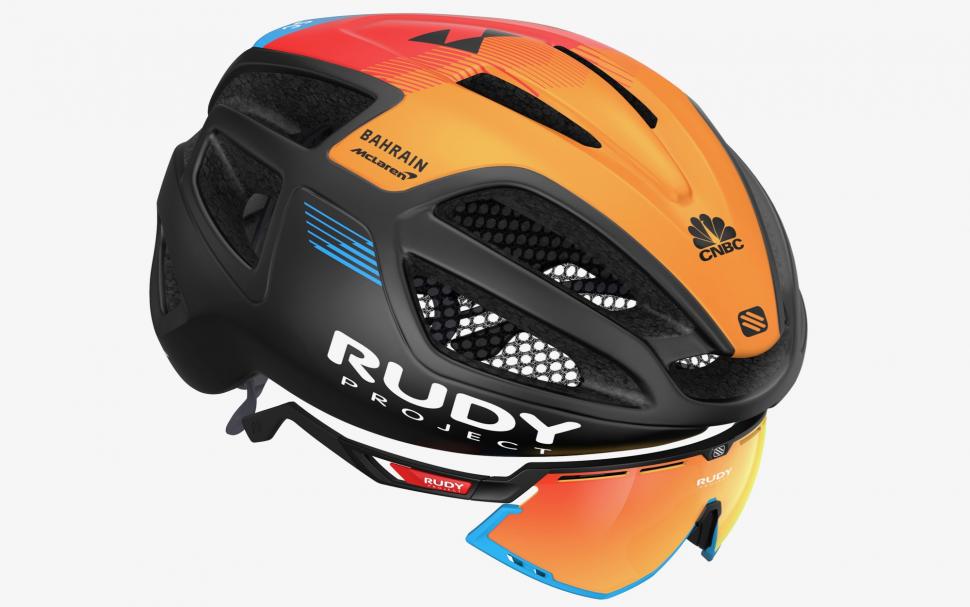 Britain's Le Col is the clothing supplier and it's back to Italy for helmets from Rudy Project.