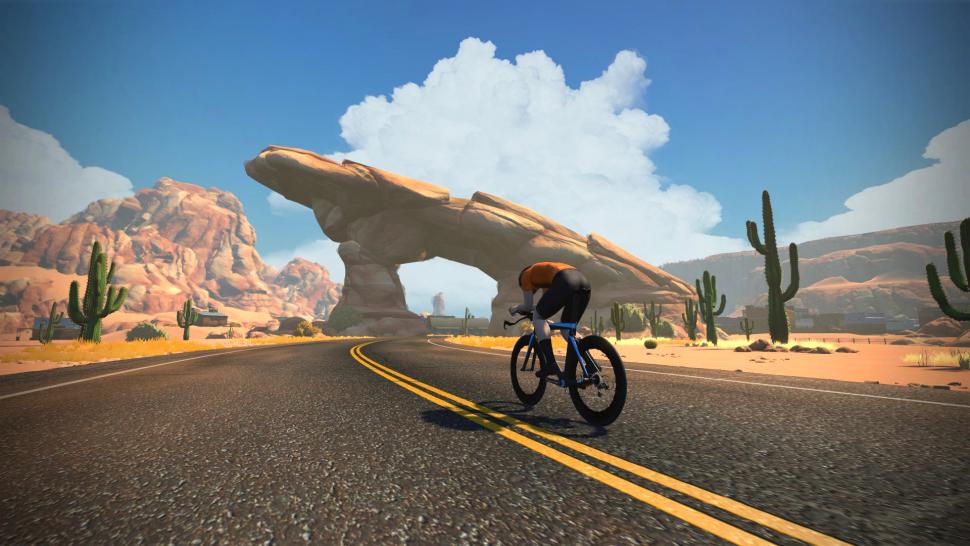 Zwift expands into the desert with Fuego Flats

Just in time for the sunny Easter break, Zwift has unveiled its latest course expansion, a 20km flat desert loop that will be ideal for easy recovery rides, time trial and triathlon training, and people who just don’t like the hills.

- Get started with Zwift and make your home trainer sessions more fun with virtual rides, races and group training sessions

The last big course expansion a year ago was Alpe Du Zwift, the biggest climb in Watopia that is a close simulation of Alpe d’Huez, this latest addition is quite the opposite. It’s mostly flat road, just a few gentle gradient changes, 10km out to a roundabout and back again

The new roundabout is near the base of the Epic KOM climb on the Watopia island. It can be ridden on its own, with a 500m sprint and a 7km long effort segment to target, or as part of four new routes. They are: 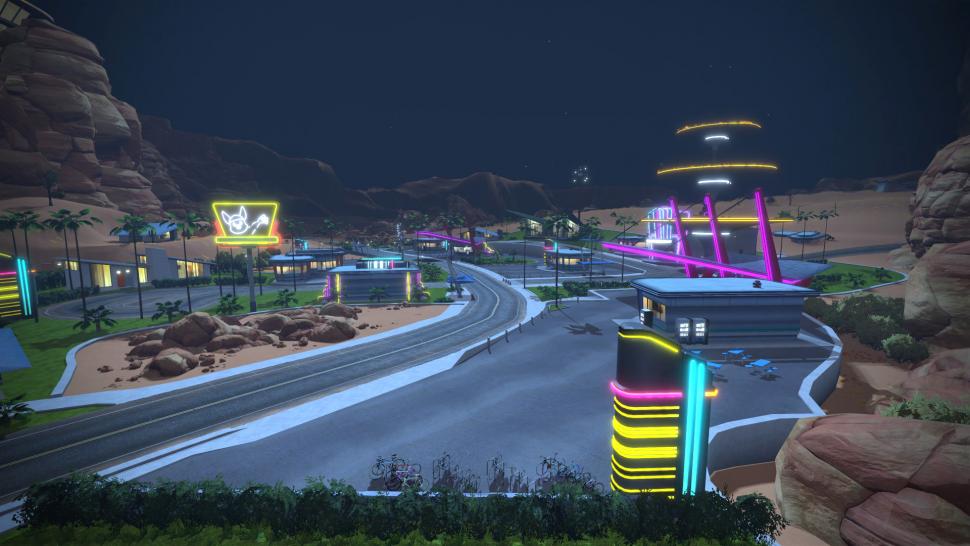 “As a New Yorker, I personally love to ride the rolling New York (Central Park) course - it brings back great memories for me.” Says Eric Min, Zwift CEO and Co-Founder. “However, it’s not an easy course unless you really know how and where to make your efforts. Sometimes, we all just like to have some fun on the flats, and I know a lot of Zwifters out there will enjoy the new Fuego Flats - myself included. Not only is it something for the sprinters, but it also opens up whole new possibilities to cater for our Triathlon and Time Trial audiences.”

The expansion has been inspired by Death Valley where Zwift Co-Founder Jon Mayfield has apparently “spent some time riding double centuries” as well as other American deserts including Moab, the Antelope Canyon in Arizona, Mesa Verde cliff dwellings in Colorado, and the annual California Super Bloom. In an intriguing twist, the scenery also evokes history with sections of the “Wild West to Palm Springs-style resort, rich with the mid-century modern architecture that embodied the Space Age.”