Across the country the cyclocross season is getting underway and (eek) I’ve got my first local race in a couple of weeks time, which makes the arrival of this new Canyon Inflite AL SLX perfect timing.

It’s an aluminium version of the radical looking Inflite CF SLX that launched last year, but the switch to metal and an SRAM Apex groupset means it costs just £1,299. It looks a seriously impressive bike for the money. And that colour! 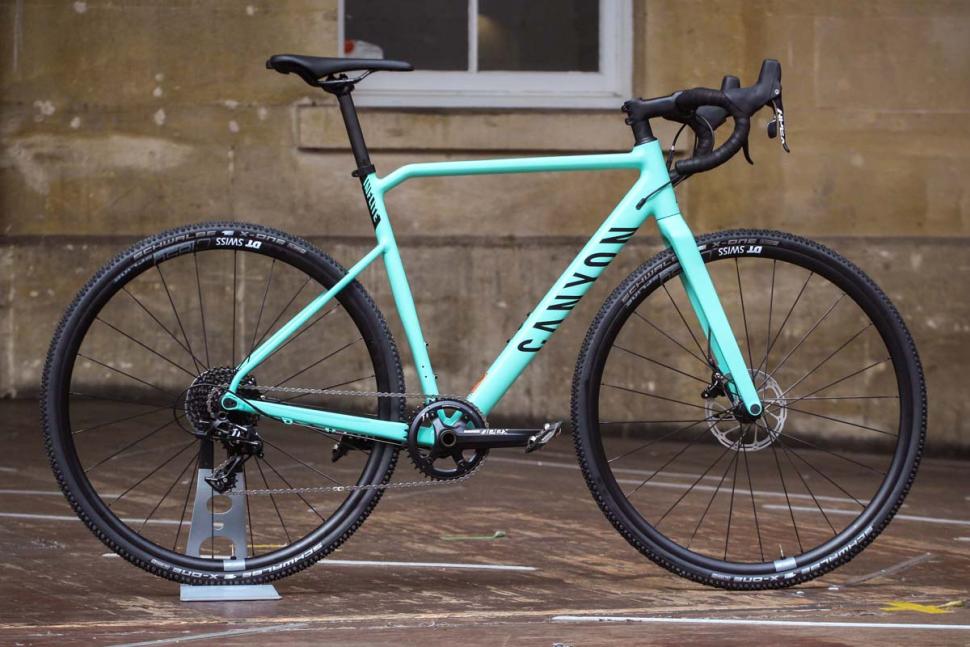 I raced the carbon fibre Inflite CF SLX when it launched last year and despite its opinion-dividing looks, I was blown away by its speed and handling. This new model takes the same geometry, so the handling should be largely similar, and they’ve even replicated the kinked top tube, though it’s not quite as extreme as the carbon bike. 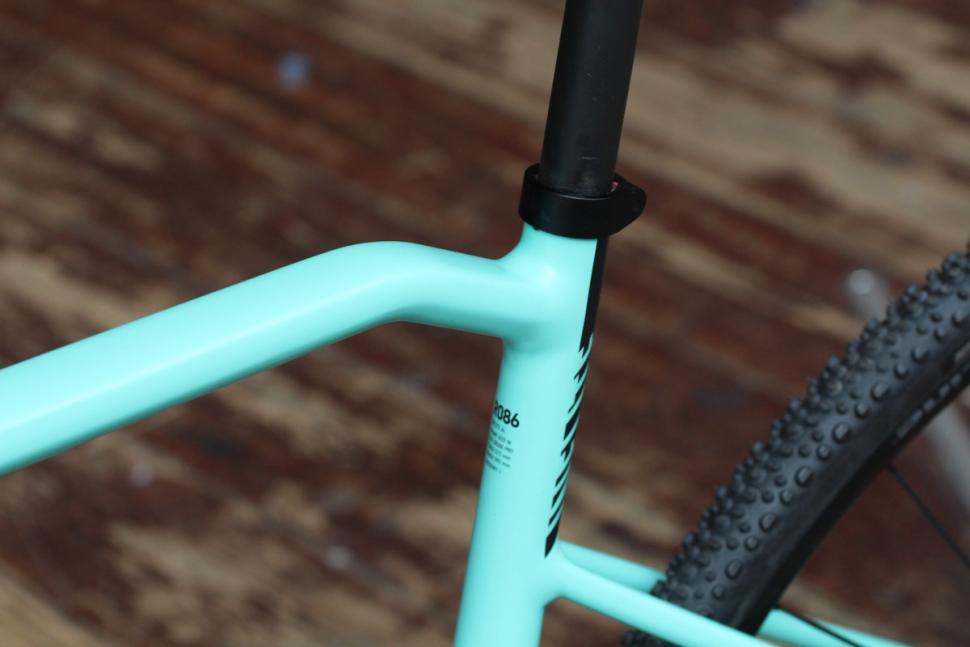 The idea behind the kinked top tube is to create a larger front triangle to make it easier to sling it over your shoulder. The angle of the downtube has also been modified for the same reason. More room to get your arm through see.

That’s because this bike is all about racing and winning. That’s why there are no mudguard eyelets and tyre clearance is designed around UCI legal 33mm tyres. If you want more versatility you’ll need to cast your eye over in the direction of the Grail.

As mentioned, it’s an aluminium frame. We’re told it’s about 470g heavier than the carbon Inflite, which is pretty decent, and it comes with the same 360g carbon fibre fork as well. It’s disc brakes, of course, with 12mm thru-axles and flat mount callipers. The single gear cable and the two brake hoses are internally routed to keep them out of the way of flinging mud. 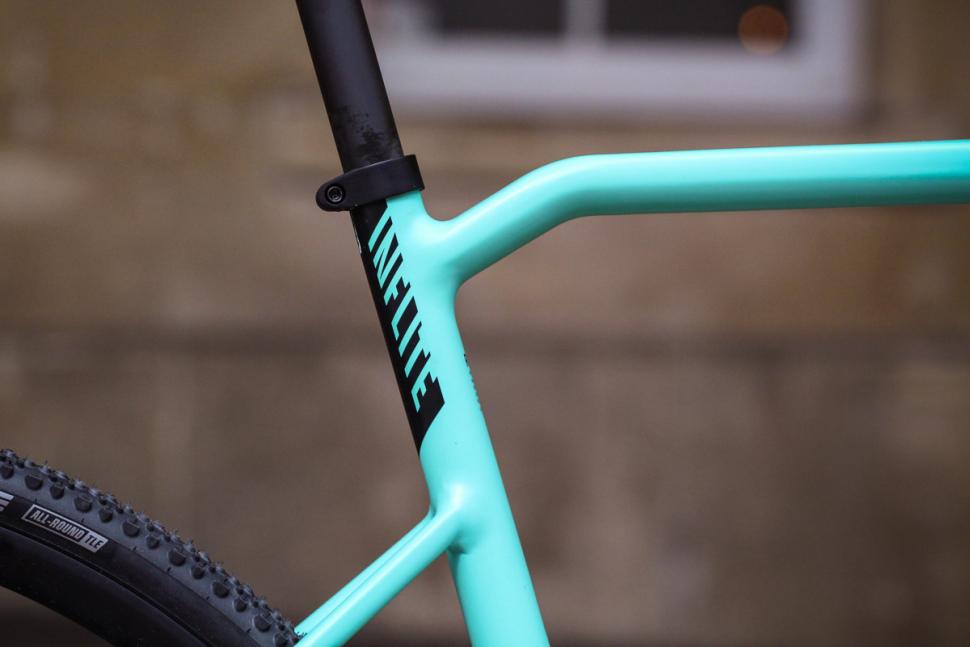 As you can see this bike has an SRAM Apex 1x drivetrain and given the popularity of 1x at most local cross races that’s a good start. However, if you wanted to change the groupset and fit a double and a front mech, you can as there are the necessary holes in the seat tube. The 40t chainring and 11-36t cassette should be ideal for most cyclocross courses.

There is one change to the carbon model, the internal seat clamp has been replaced by a regular external seat clamp, no bad thing in my book as it makes saddle height changes much easier. 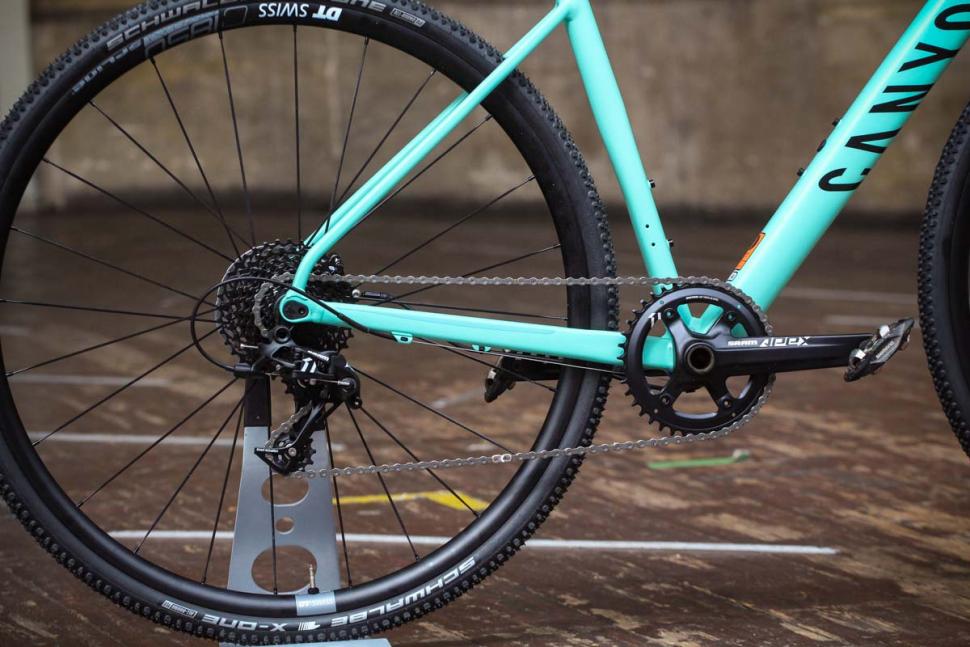 Weight on our scales for this size medium is 8.86kg. For comparison the SRAM Rival specced carbon framed Inflite I tested last year weighed 8.2kg. So not a huge weight penalty at all especially considering the low price.

How does it ride? Around the car park very well, but I’ll need to do some cross riding and racing to determine whether the performance. Full review coming soon.