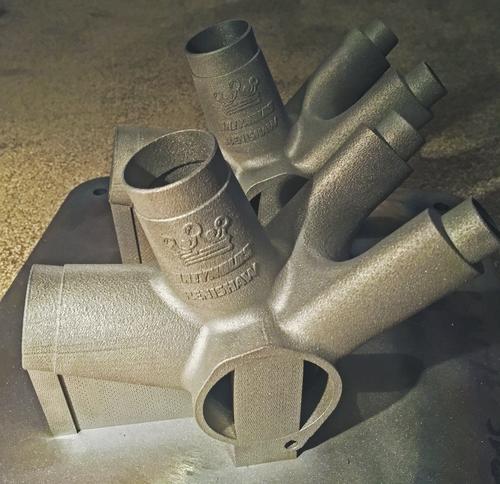 There's quite a lot of expectation that 3D printed bikes and components will become a lot more common in years to come, and there was further progress of this exciting new manufacturing process at the recent North American Handmade Bicycle Show - British tubing specialist Reynolds was showing off 3D printed stainless steel frame lugs that will eventually be built into a showcase bike built by Independent Fabrication.

The bottom bracket structure is manufactured using the additive manufacturing process and Reynolds claims this allows benefits to be gained that aren’t possible with other more traditional manufacturing methods. 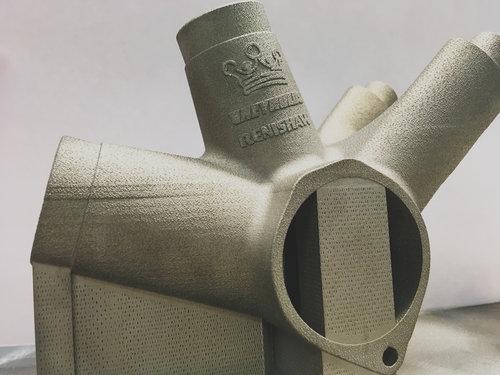 Reynolds has designed the bottom bracket shell to take full advantage of these benefits, one of which it says reduces the time it takes a framebuilder to produce a frame as bottom brackets can be produced to match different tubesets, and can be customised for each frame easily. It also offers a higher stiffness-to-weight ratio.

The design uses “parametric modelling” that allows very simple alterations and customisation options and reduces the costs of creating new 3D parts. That’s a good thing in a bottom bracket shell that can be tailored to be compatible with the many different bottom brackets currently in play.

The bottom bracket shell has been designed to provide ample clearance for wide tyres, the chainset and heels. Stiffness is ramped up with a yoke in the rear triangle. There’s routing for internal cables to produce a very clean appearance. 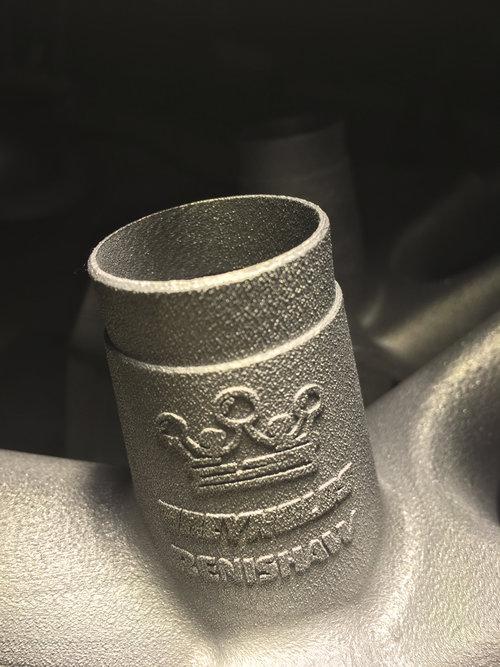 It’s still very much work in progress. The shell has undergone Finite Element Analysis and will be subjected to ISO fatigue testing once initial prototype frames have been built.

We don’t have photos of the bike yet, but here are photos of the bottom bracket shell. Reynolds says other parts are under development with a UK framebuilder already involved and scheduled to be unveiled in April. That probably means a Bespoked UK debut.

This isn’t the first example of Reynolds working with the latest 3D printing technology. It has already partnered with Mason to produce 3D printed titanium dropouts for the company’s Bokeh gravel and adventure bike.