Zipp has rolled out its radical new rim design, inspired by the pectoral fins of humpback whales, to its 808 range, creating the new 858 NSW Carbon Clincher. It’s available in a choice of disc or rim brake versions.

The previous 808 NSW was the first wheelset in Zipp’s range to harness the company’s latest technology developed in what it calls its “nest” and included a new ABLC Sawtooth dimple design intended to offer up to a 10 percent improvement in crosswind stability.

The latest technology to come out of this nest its most radical and controversial yet. First released with the 454 NSW, the new 858 NSW uses a SawTooth rim design (not to be confused with the Sawtooth dimple tech) that comprises patented “fin-shaped HyperFoil nodes along the inner diameter of the rim” intended to improve airflow. The rim depth undulates from 82 to 77mm. 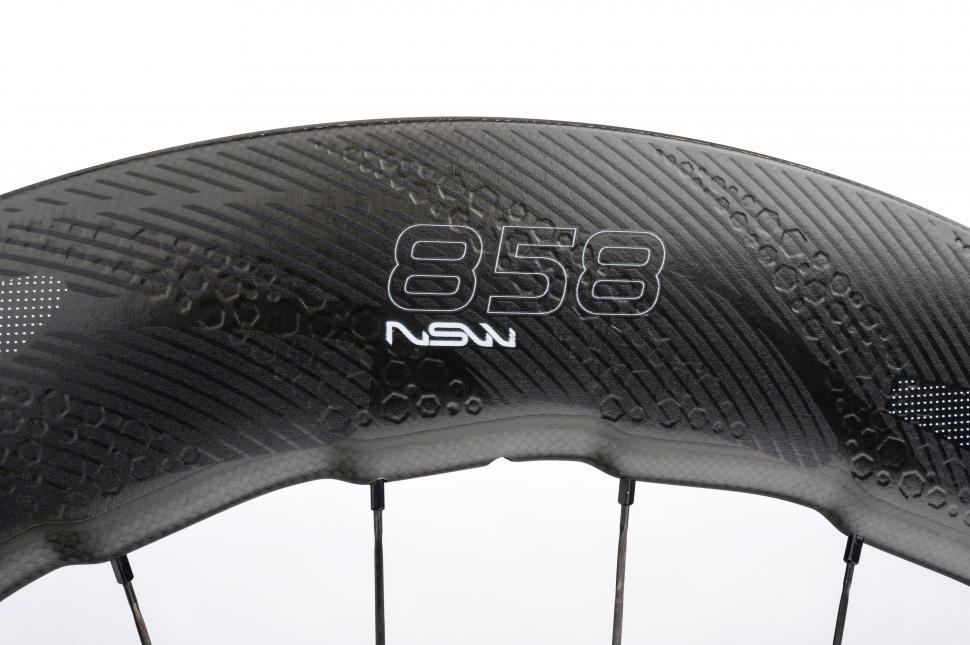 - Your complete guide to Zipp wheels

The dimples have also been revamped, with an angular shape and arranged in fin-shaped clusters that Zipp says increases how long the airflow is attached to the rim to reduce drag and improve stability in strong winds.

The 808 and the newer 858 isn’t a wheel you’ll see many road cyclists opting for over the lighter and all-round performance of the 458, 404 and 303 wheels, but for fast road races, triathlons and IronMan competitions such a deep section wheel is an obvious choice. 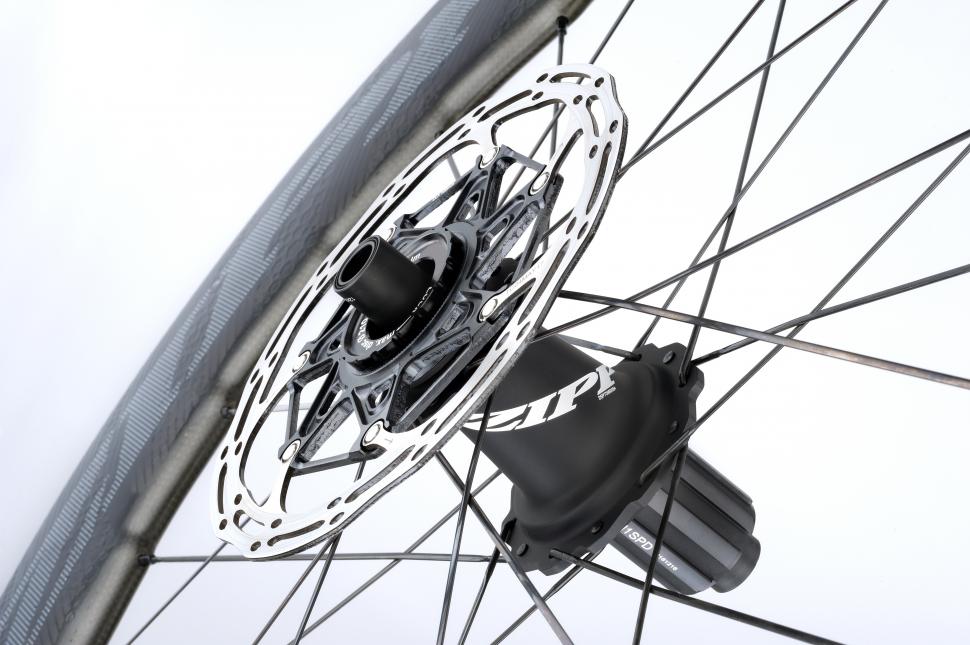 However, Zipp does say in its blurb that the new 858 NSW “ushers in a new era where aerodynamically efficient deep-section wheels are no longer reserved only for ideal racing conditions—the 858 NSW is an every-condition race wheelset.”

The new 858 NSW is available in rim and disc brake versions. The former uses the new Showstopper brake track with a silicon carbide finish and moulded grooves that aims to improve braking performance in a range of conditions. The disc brake wheels use the new Cognition hubs with Shimano’s CentreLock rotor mounting system.

Did you know, it takes Zipp 12.5 hours to create every 858 NSW rim at its Indianapolis manufacturing facility.