Apple Watch Series 3: Key features that could be useful for cyclists

Apple might have wowed and shocked the world in equal measure with the launch of its new iPhone X last night, its most expensive smartphone ever produced, but we were more interested in how the latest Watch Series 3 could be useful for cyclists.

We’ve previously looked at how Apple’s smartwatch could be utilised by cyclists as an alternative to handlebar mounted computers, but the third-generation smartwatch looks to take that usefulness to another level.

The key update is that it is now available in a version that works independently from a connected iPhone. The Watch 3 will use the same phone number as your regular phone, there’s no need for another SIM card as it uses an eSIM. A regular GPS-only version will be available as well. 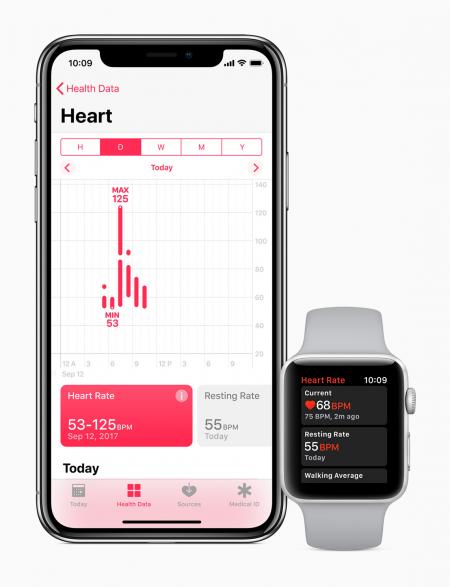 The mobile version means you can leave your phone at home and head out on the road with the Apple Watch 3 tracking your activity and heart rate, and allow you to take and make phone calls and send messages, handy if you need to be contactable during a lunchtime ride.

There’s more of a push from the likes of Wahoo and Garmin to bring in smartphone connectivity and push messages and phone call alerts through to the handlebar mounted computer, and this might or might not interest you as a feature, and the Apple Watch Series 3 looks to make staying connected easy.

Being connected also means you have access to maps, useful for navigation, out on the road, and can stream music, though we know that's more controversial amongst cyclists. We’re yet to see third-party apps like Strava updated to make use of this latest change to the Apple Watch.

There’s now a barometric altimeter that assists with tracking activity, so total climbing on a ride should be more accurate.

- 10 of the best cycling GPS units

The new Apple Watch Series 3 is also powered by a faster dual-core processor so app launch times have been reduced and the graphics are smoother. It’s is the same size as the previous second-generation watch, and the battery is still claimed to last all day.

“Whether users are out for a run, at the pool or just trying to be more active throughout their day, Apple Watch Series 3 with cellular allows them to stay connected, make calls, receive texts and more, even without iPhone nearby,” says Apple.

This third-generation Apple Watch’s latest watchOS 4 operating system provides improved fitness tracking functions. There’s still a heart rate sensor integrated into the back panel but the app has been improved to provide a better insight into resting, workout and recovery periods.

That means there’s better fitness tracking. It can now provide resting and recovery heart rate times, and custom High-Intensity Interval Training (HIIT) workout type. If heading to the gym in the off-season, GymKit connects to various cardio equipment so you can keep tracking your training away from the bike.

The Watch Series 3 with mobile capabilities costs £399 or £329 without, and be available from the end of September.

Sadly there was no news on cycling power measurement at the launch, as we speculated on earlier this year.