You see virtually everything shiny and new that the bike world has to offer when scouring the halls of Eurobike, and here are six of the most interesting things from this year's show. In fact, we've chucked in a couple of extras along the way, so let's just call it 'some' of the most favourite things. Anyway, here you go. We've not included prices, by the way, because most of them haven't been set yet. 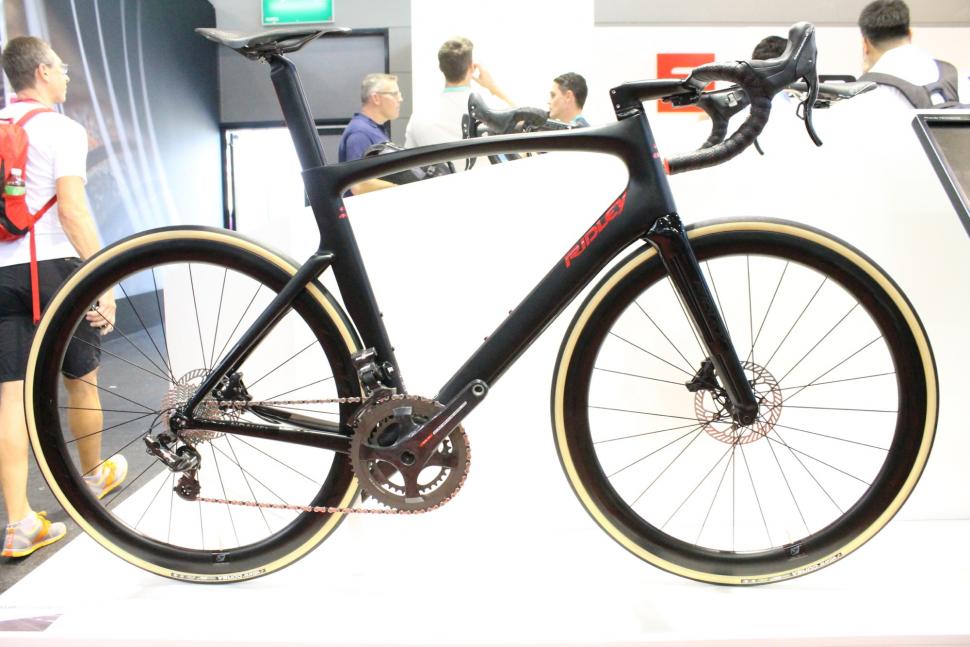 Ridley has made its Noah SL Disc aero road bike even more aero and clean-looking by hiding away all the cables. It has managed this through the use of a one-piece handlebar and stem combo that takes the cables internally, and a fork with a D-shaped steerer that allows the cables to run down the back. 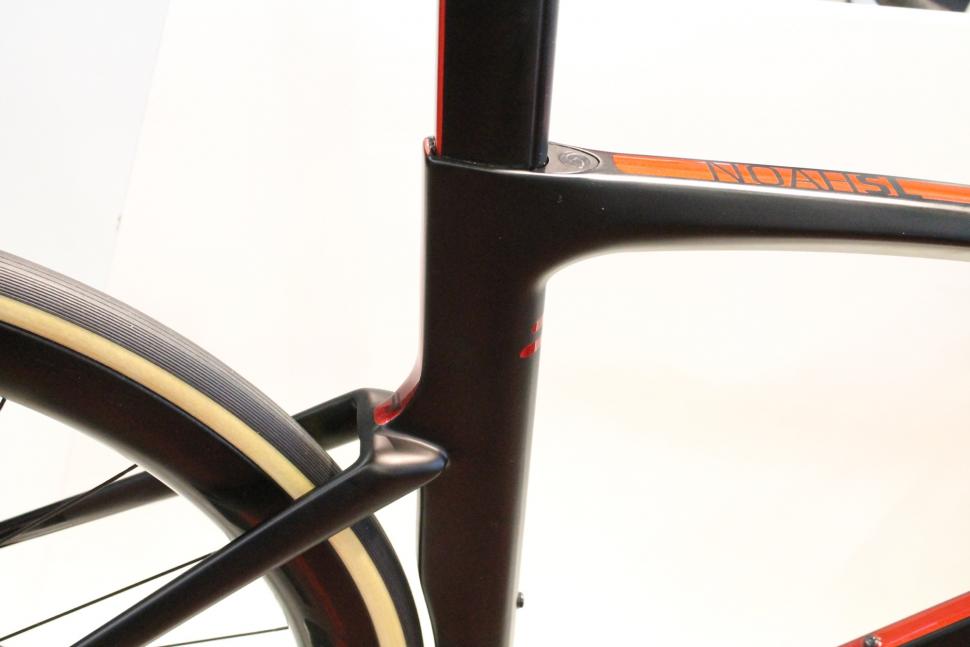 The twists and turns in the routing make no difference to the performance of the hydraulic disc brakes nor, of course, to the electronic shifting on this Campagnolo EPS model.

The Noah SL Disc Aero+ boasts all the other features of existing Noahs, such as the F-Split fork with a split down the centre, and the F-Surface Plus surface texturing applied in certain areas of the frame that's designed to make the air travel smoothly instead of detaching and creating drag. Shimano’s new CT5 shoes are designed for everyday urban riding – the CT stands for ‘City Touring’. They have a trainer-style look to them and a shock absorbing EVA midsole, and there’s a hidden inner shank plate in there to add efficiency when you’re on the bike. 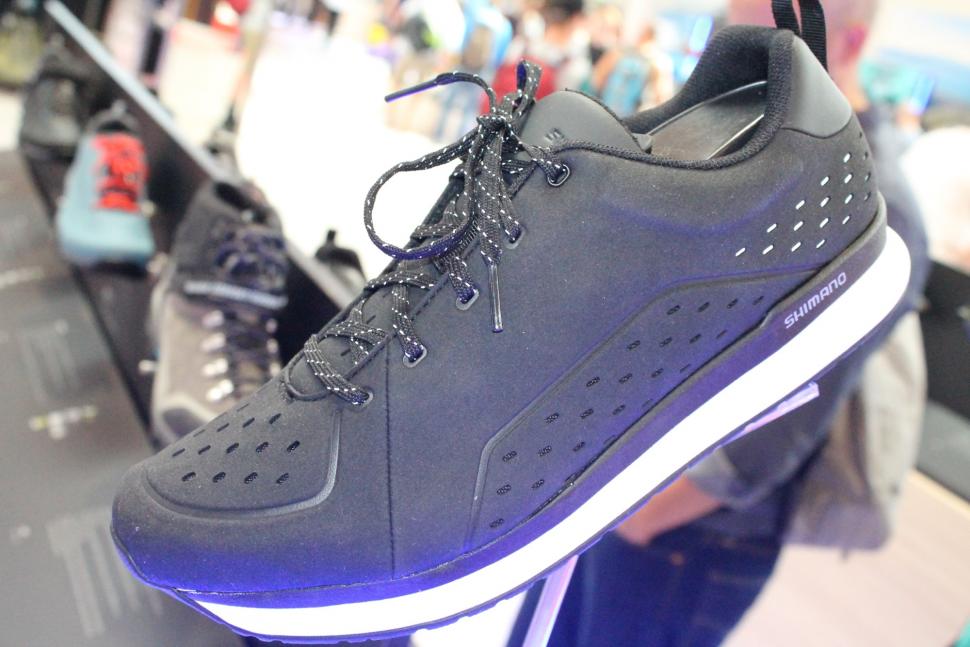 The CT5s come in navy, black, olive and orange and take two-bolt cleats, like SPDs, in the recessed sole. 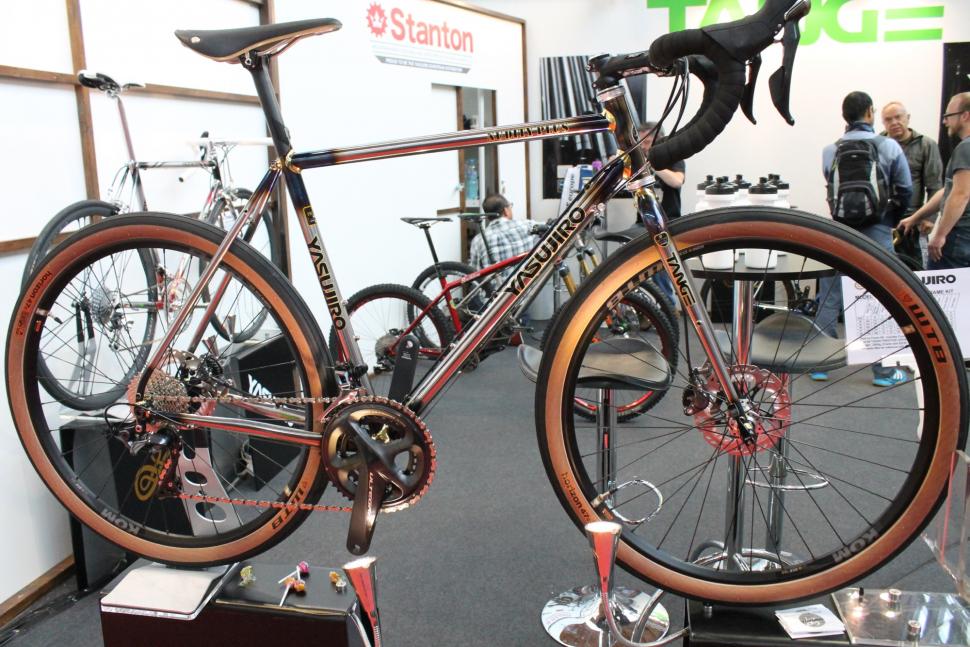 The Nudity Plus road frameset is made from Tange Prestige tubes, has a straight 1 1/8in head tube and a BSA bottom bracket. The Yasujiro Notcher is made from a Tange Ultimate tubeset. 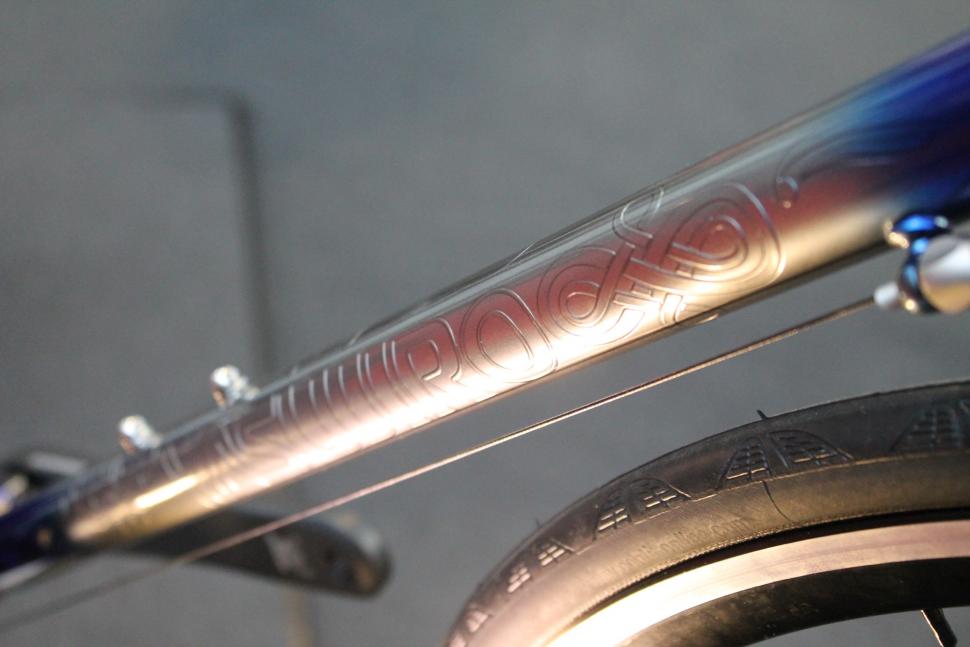 It has this level of detailing throughout.

Giro already offers its Empire ACC shoes in a reflective finish but we’ve not seen this striped version before. The top pic above shows what they’ll look like in car headlights (we hit them with the flash for this photo). There a whole lot more subtle in normal daylight (above). This is one of Giro’s new Empire W ACC women’s designs. We’ve told you about Met’s Trenta helmet before but Eurobike was the first time we actually got to check it out properly ourselves. The black/red helmet pictured is the straight Trenta (claimed weight of 230g, medium) while the white/black version is the Trenta 3K Carbon (215g). 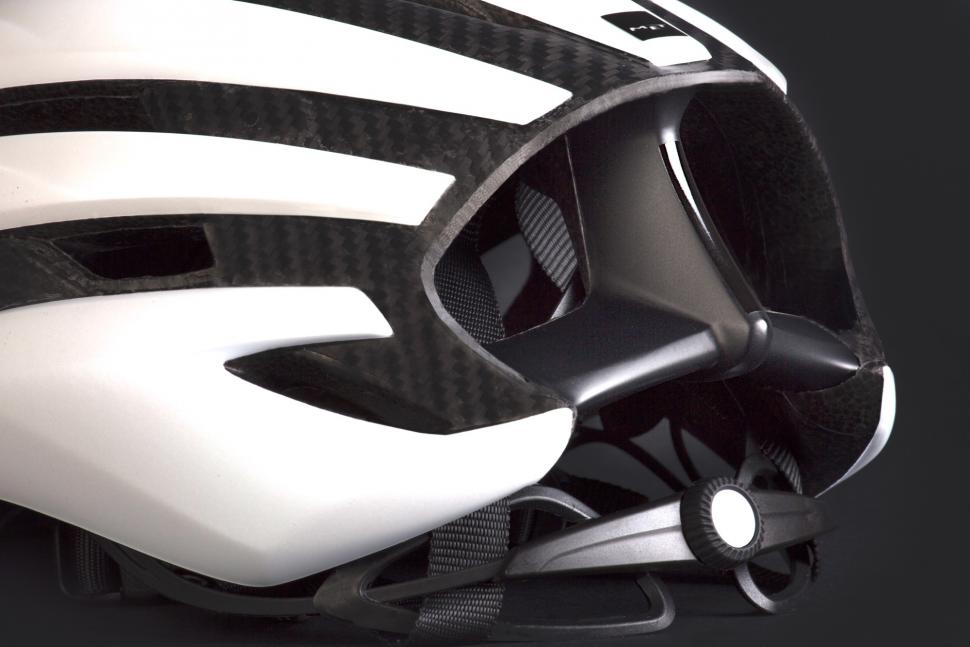 Met says that the Trenta offers exceptional cooling and offers up to a 7% reduction in drag compared to a traditional road helmet. It’ll be available from December and we should have a review ready by then. Lace-up shoes have definitely made a comeback over the past few years (see the Giro Empires, above, for example) and Lake have got in on the act with the CX 1 which is based on the brand’s very first design. It comes with a perforated leather upper and you can have the soles in either glassfibre-injected nylon or carbon-fibre. CX doesn’t denote cyclocross in Lake’s world, by the way – these are road shoes. 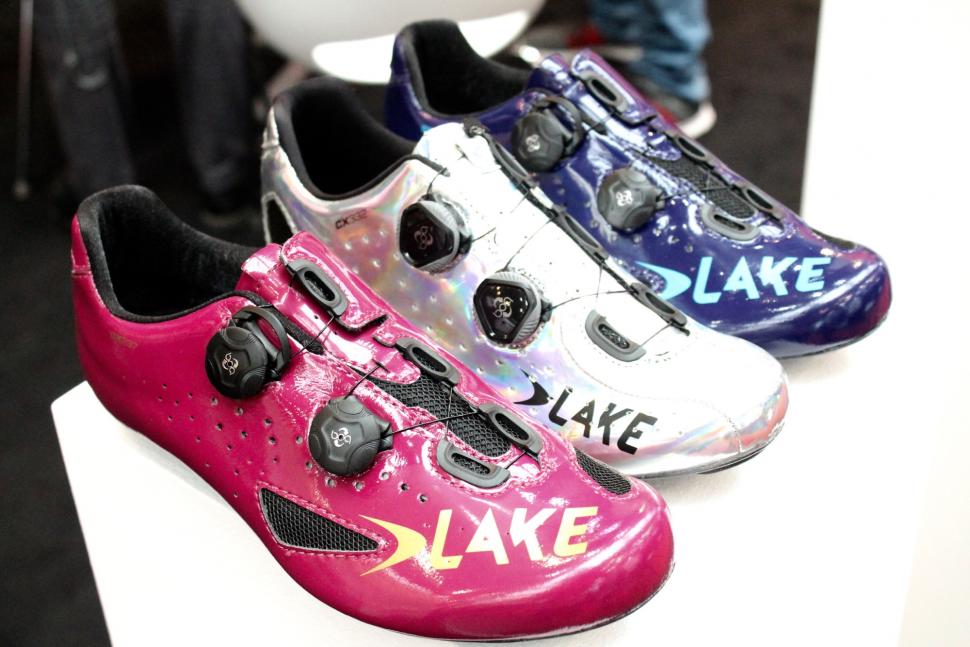 These shiny finishes aren’t standard but they are available if you use Lake’s custom service.