Yesterday James Hayden rode into Greece as the winner of the fifth edition of Transcontinental Race race -  covering 3,650 kilometres at an average speed of 26.8 kph - and here’s a look at the Fairlight Strael steel road bike he used. Steel is real folks!

road.cc was one of the first cycling publications to review the Strael, the first offering from new British company Fairlight Cycles, earlier this year and tester Stu Kerton was highly impressed: “…an absolutely stunning machine to ride, offering four-season adaptability and durability without sacrificing high speed or a racy performance,” he said in his review. 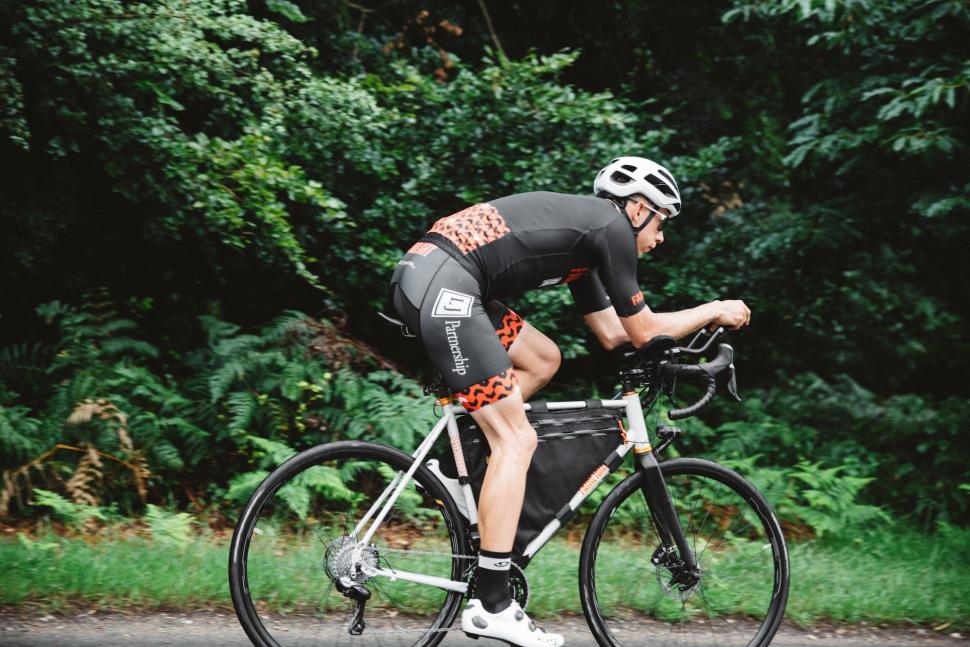 James Hayden was riding a stock Strael frame, a size 58cm Regular. Fairlight offers a choice of two geometries for each frame size, Regular and Tall - regular is lower and longer for people with shorter legs and a longer back, and tall features a higher and shorter geometry for people with longer legs and shorter back.

Fairlight and James went through a Retul fit to get the right size, and Fairlight co-founder Dom Thomas tells us that James has long legs so would normally ride a 58 Tall but because he’s incredibly flexible he could fit on the 58 Regular which offered the advantage of a lower stack for improved aerodynamics. 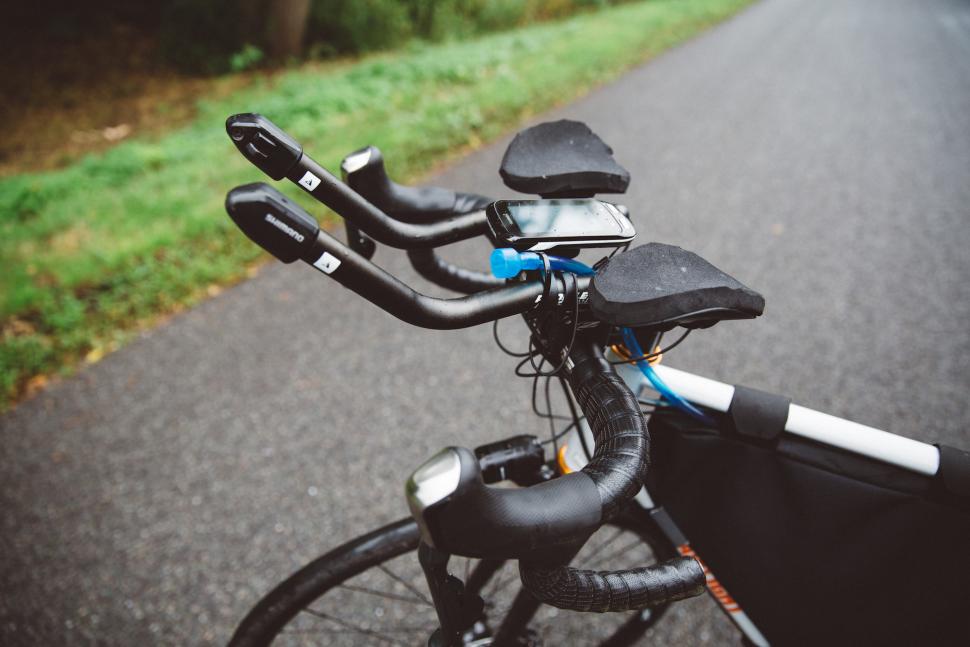 Like many TCR racers, James was riding Shimano Ultegra Di2 with satellite shifters on the end of the aero extension bars. Gear range was suitable wide, with a Miche 12-32 cassette and 46/34t Power2Max Rotor chainset. Pedal choice was a set of Shimano SPD-SLs with Lake shoes.

We don’t know how many other competitors were using power meters but we can sure imagine it would be useful for gauging effort throughout the event. 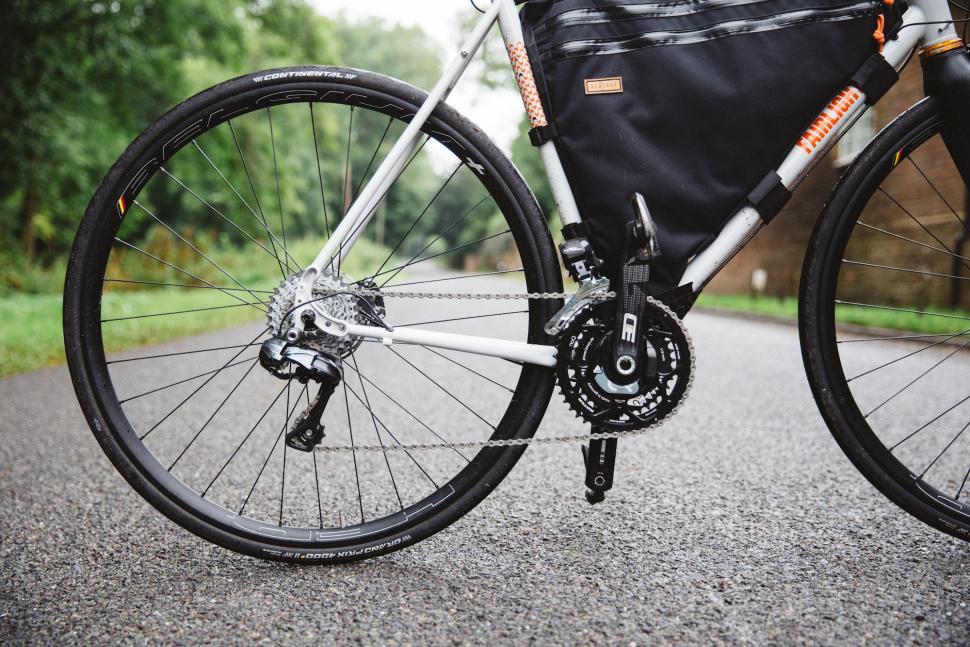 Wheels were obviously handpicked to be reliable and durable, so Hope Pro4  rear hub and SONdeluxe dynamo front hub both laced to HED Belgium rims with DT Swiss spokes. The dynamo powers a Supernova front and rear light and a Sinewave USB charger keeps the Garmin running.

Tyre choice is another critical area of debate, and James opted for Continental GP4000 tyres in 25mm width, but on the HED rims balloon to almost 28mm. I’d have gone with tubeless personally but James didn’t appear to have any issues with his tyres. 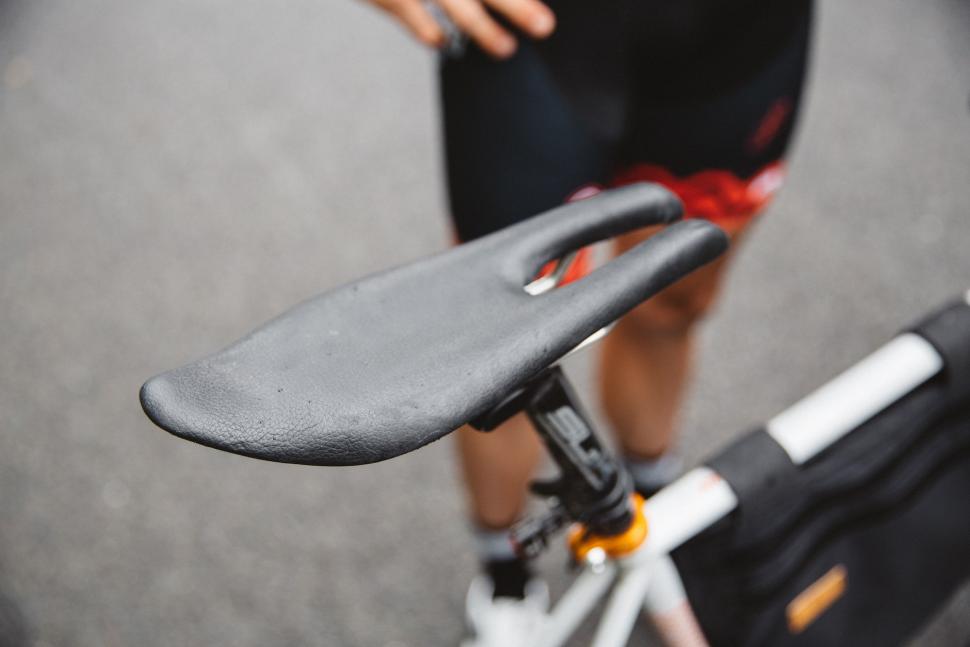 You need to choose the right saddle for a 4,000km race and James opted for an ISM saddle. The triathlon company enjoys quite a bit of popularity with some of its unusual saddle designs, but James has unusually removed all the padding on his saddle! The position is an important consideration and so attached to the drop handlebars are a pair of Profile Design aero extensions to which he’s fitted some custom cut foam padding to suit his requirements. There are Shimano Di2 shift buttons on the end of the extensions so he can shift gear without changing his position. A Garmin Edge 1000 is nestled in the gap between the extensions. 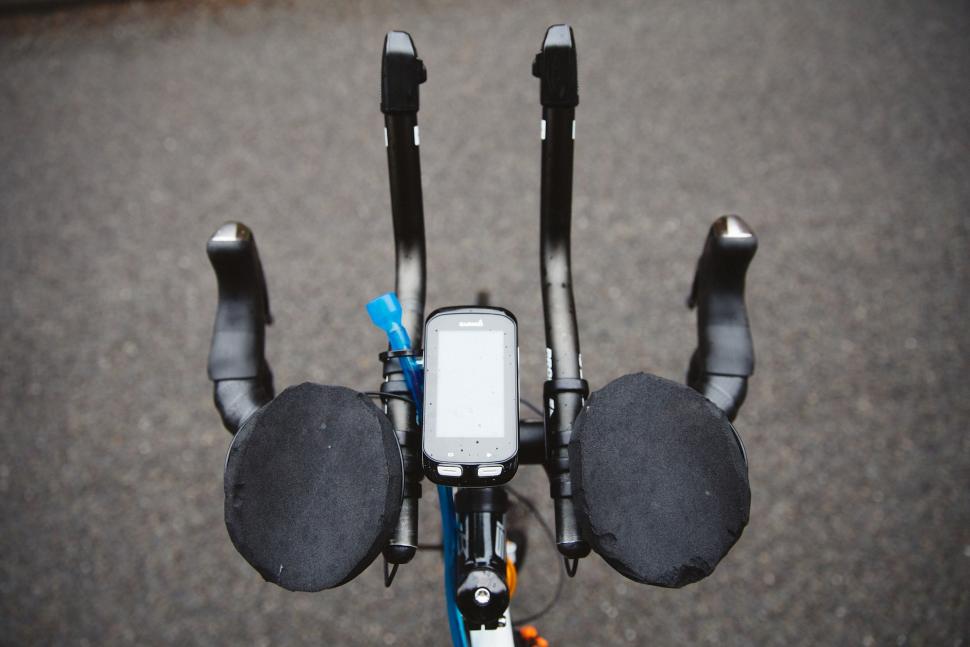 James took a slightly different and unusual approach to carrying all his supplies and water, something which we expect to be emulated in the future. Instead of a combination of frame, seat and handlebar packs, James used a Restrap frame bag filling the entire front triangle.

Water bottles have been replaced by a 3 litre Camelbak hydration bladder hidden inside with the hose nozzle zip tied to the extension bars so he can drink on the move without having to reach down for a bottle. It’s an idea very much taken from the Ironman community, where drinking on the move is common. And a 3-litre capacity exceeds that of two regular water bottles so an obvious advantage if trying to keep stops to a minimum, as James clearly was. 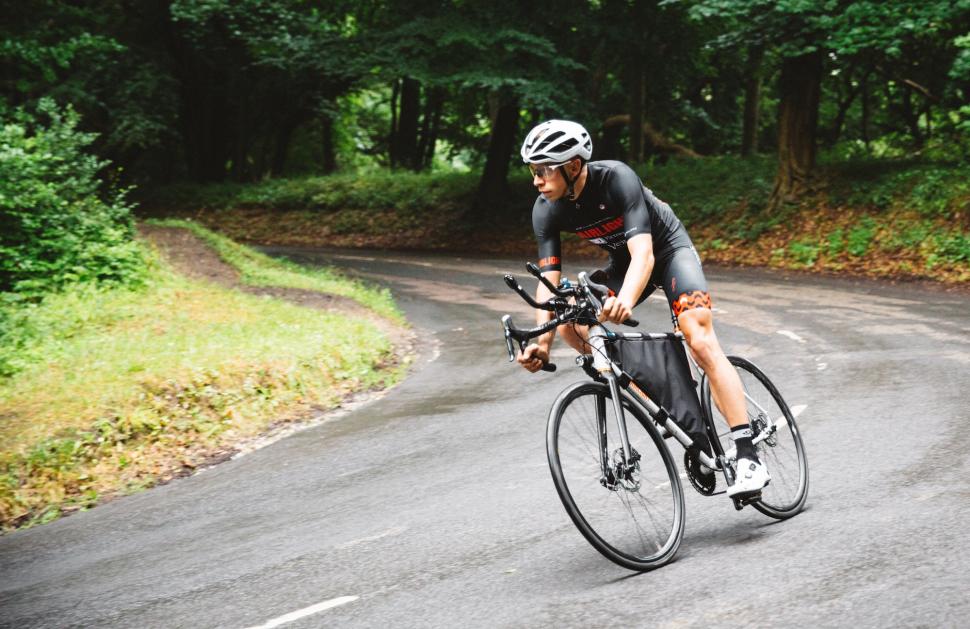 Thanks to Fairlight Cycles for the photos, which as you can tell were taken before James set off from Belgium. We'll be getting a closer look at the post-race bike soon and hopefully get the chance to catch up with James once he's fully recovered from his amazing feat.