French company Lapierre entered the aero road bike market with its Aircode in 2014, and for 2018 it has developed an updated bike that aims to offer aerodynamic improvements whilst matching its Xelius SL for handling, stiffness and comfort.

The new bike, already put to use in the 2017 Tour de France, takes aerodynamic lessons learnt in the development of the company’s Aerostorm TT bike. Meanwhile, the handling has been worked on, with the aim to bring some of the Xelius SL’s “reactivity” to the Aircode. 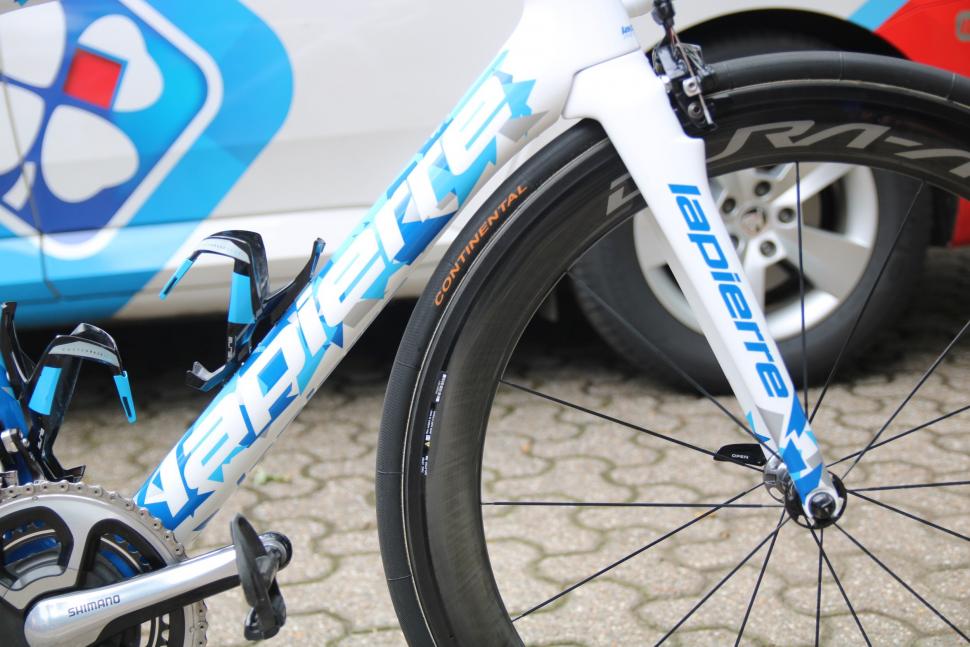 The company sponsors the FDJ team and more than just supply bikes, they work together to develop the bikes - Sebastien Joly and Arnaud Demare were involved in the development. The latter won that dramatic stage 4 of the Tour on his new bike (y’know, the one when Cavendish crashed out and Sagan was booted out).

Previously the team would clearly favour the Xelius SL for its lower weight and handling benefits, but at this year’s Tour it was clear the changes to the Aircode SL had meant the team were favouring the aero advantage - even Thibaut Pinot was seen riding it on the flatter stages.

Changes to the new Aircode SL include revised geometry, the chainstays are 3mm shorter and the fork rake has been reduced, to bring it closer to the Xelius SL,  a new aero seatpost, direct mount brakes and the TrapDoor technology that houses that Di2 battery in the downtube for better weight distribution. 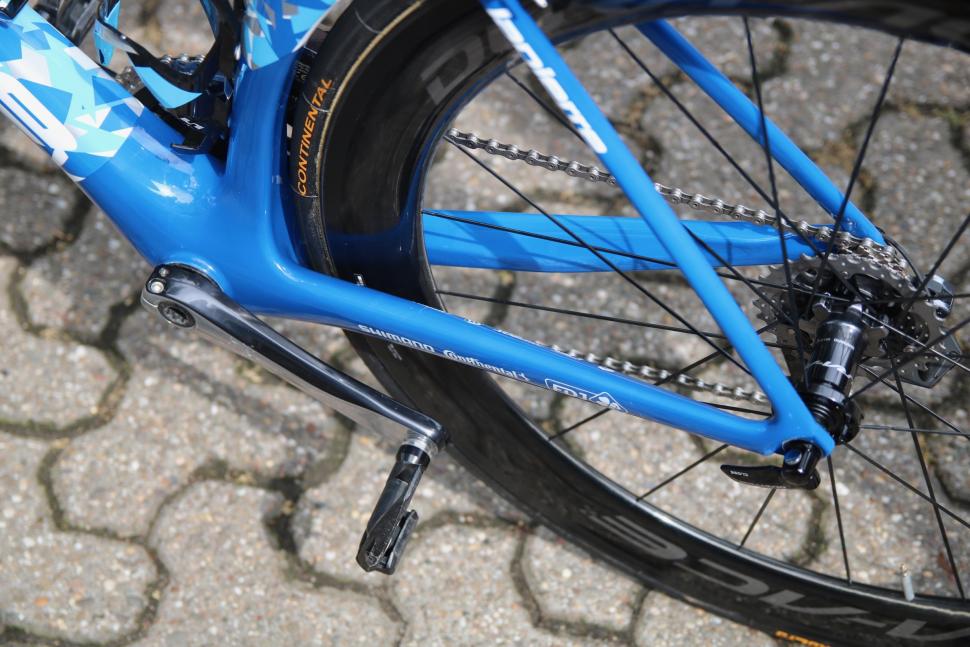 The frame profiles have been refined, and now shaped using a combination of NACA and Kamm Tail profiles, used where they deliver the necessary performance attributes. The downtube, for example, transitions from one to the other to increase lateral stiffness at the bottom bracket.

The frontal surface area is critical on an aero road bike, and to reduce drag here Lapierre has aimed at reducing the overall height, by integrating the fork crown into the down tube to bring the front wheel closer to the frame. It’s also using a direct mount brake caliper which allows the fork crown height to be lower than with a standard brake and has optimised the profile of the fork blades. To reduce stack height the top of the head tube is lower than the top tube. 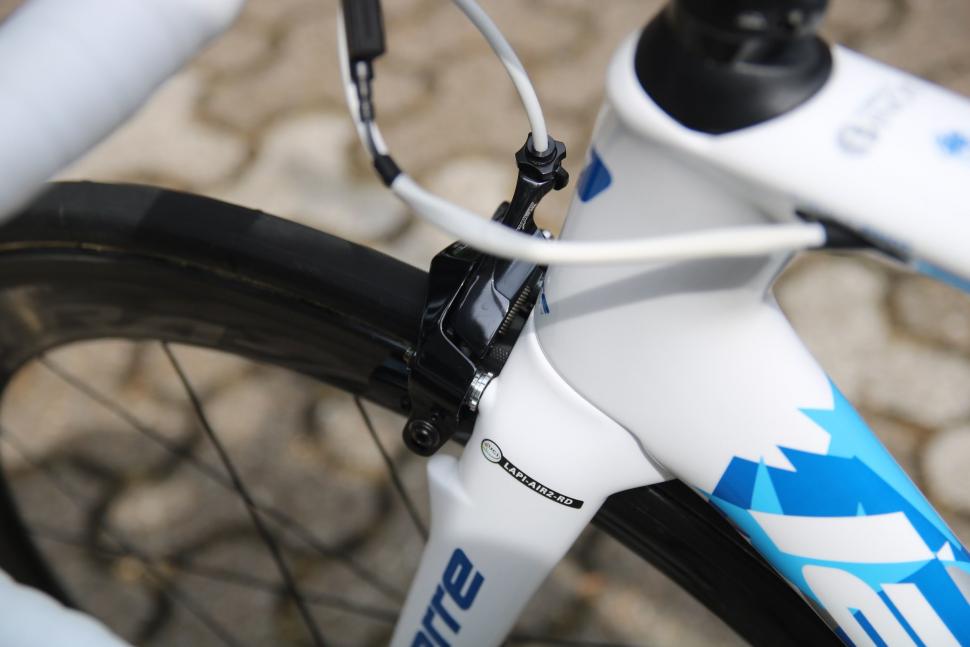 Lapierre has also brought over the PowerBox carbon frame tech from its Xelius SL to the Aircode, which involves a carbon fibre layup that puts more material where it’s needed most to add stiffness in key places. The aim is to move the new Aircode SL closer to the Xelius SL in how it handles and responds to rider inputs. 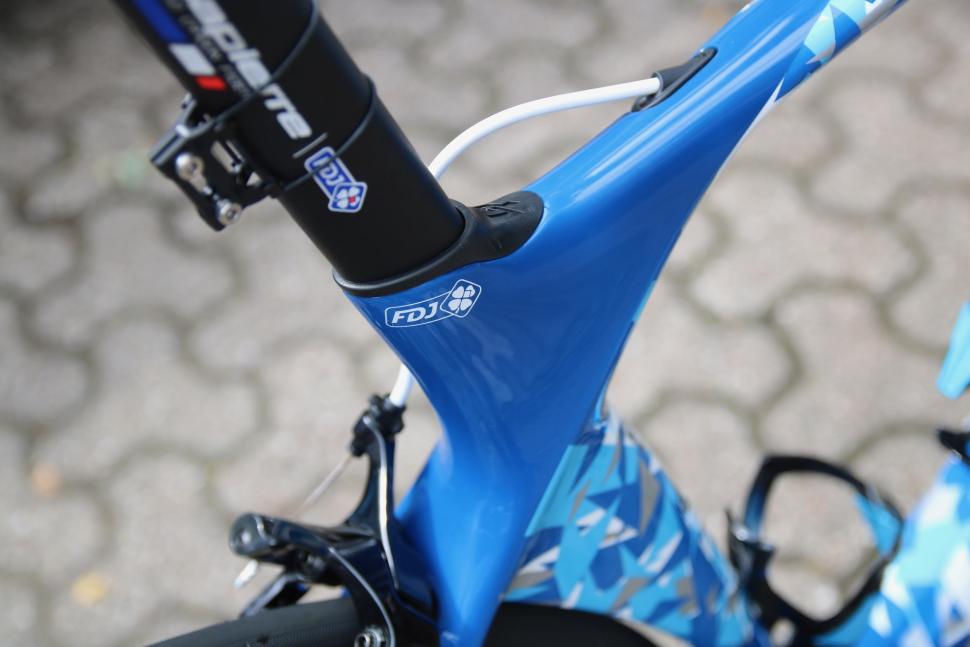 The aero road bike category arguably kicked off by the Cervelo Soloist back in 2002, has matured over the years. The aerodynamic factor has improved as bike designers have gotten better at understanding the interaction of airflow over the frame, and whilst there’s no doubt the bikes have gotten faster, one area that has long suffered is comfort.

So addressing the ride comfort has been the other cornerstone of aero road bike development in recent years, culminating in bikes like the Trek Madone which borrowed the bump-absorbing Isospeed decoupler from the Domane endurance bike. 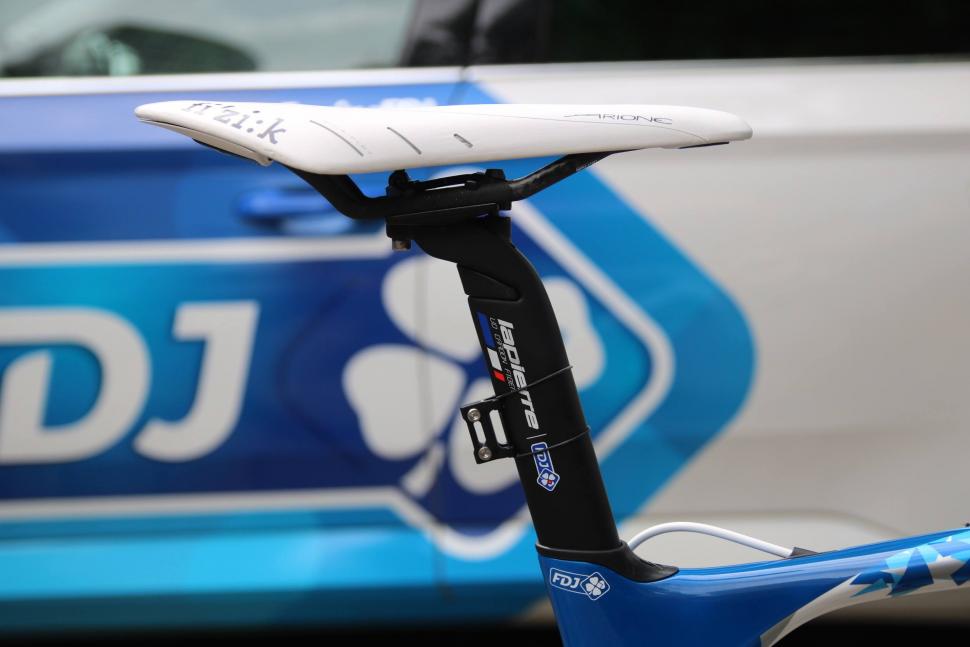 So to address the comfort issue, Lapierre has added rubber insert to the top of the aero seatpost because aero seatposts are commonly not as comfortable as round seatposts. The company reckons this is enough to offer comfort levels to challenge most endurance bikes.

There will be seven models to choose from with availability and prices expected to be confirmed later this year. We’ll update this article once we get those details. More at www.lapierre.com