The Italian tyre giants have returned to cycling with three new road tyres, made from a patented silica compound. We got a first ride at the launch in Milan...
by Jack Sexty

18 of the best road tyres

Believe it or not, Pirelli are actually deeply routed in cycling history - they produced the first ever tubular tyre for road racers in 1895, going on to supply many riders in early 20th century editions of the Tour de France and Giro d'Italia. At the presentation of the three new tyres, the PZero Velo, PZero Velo 4S and PZero Velo TT, Pirelli said their brand was "a perfect match" for the cycling world at the present time, because of their transferable know-how from producing motorsport tyres and their brand's rich heritage. 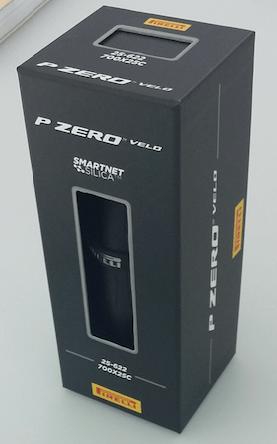 A boxed PZero Velo tyre at the launch presentation

The main USP of the new tyres are Pirelli's patented 'SmartNet Silica', a molecule conceived in their own laboratory. It's composed of more than 17 elements, and the researchers who worked on it also worked on the compound for their F1 P Zero tyre. Advantages of the compound are its ability to spread evenly, making the finished product smoother, and it's anti-cluster ability, which adds to the natural chemical affinity with water to result in better performance in the wet.

At the moment the three tyres are all clincher tyres only, but pirelli say they're defintely looking into making tubular, tubeless and even off-road tyres in the future. They're also in early talks with pro teams about sponsorship, which then means a tubular tyre would surely be inevitable.

Something that seemed surprising in the first instance was that despite the launch event taking place at Pirelli's actual factory... the tyres are actually being manufactured in France! After some further explaining this makes sense - Pirelli would rather send the requirements to a ready-to-go cycle tyre factory rather than investing in their own premises before any units are sold. The special silica is made in Pirelli's factory, and then sent over to the French facility to produce the tyres. If the project is a success, Pirelli said they will invest in more premises and start manufacturing the bike tyres in-house too. 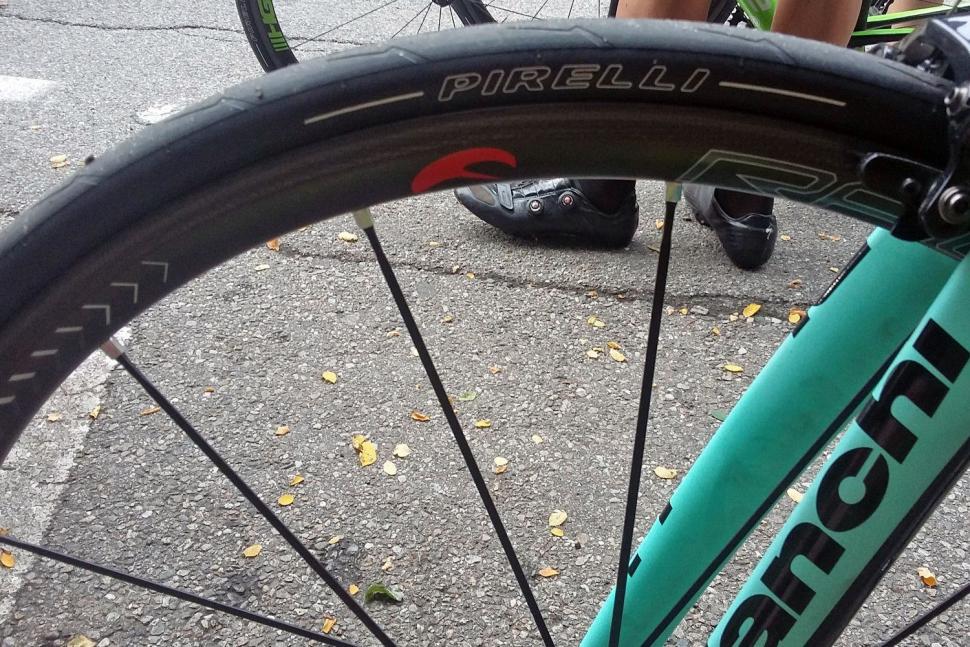 The silver label PZero Velo is the most versatile in the range for racing and training. Pirelli say it provides speed and handling along with dry and wet grip, meaning top cycling safety, and is suitable for all road surfaces. It's available in 25mm or 28mm sizes, with the 25mm weighing in at 210g. The blue label 4S (short for 'four seasons' unsurprisingly) is billed as a solid training and everyday tyre for the colder months. Offering high puncture protection and wet grip, Pirelli also say rolling resistance is optimised as much as possible in the Velo 4S too. It's available in 25mm and 28mm, with the 28mm weighing 250g. The red label tyre is the PZero TT, the fastest and lightest tyre in the range. It's designed for speed, with no tread pattern or puncture resistance features. The TT will  initially only available in 23mm, because Pirelli say this is what the customer is demanding at present, and they’re not trying to dictate what people should buy while still new to the cycling market. We were told a 25mm may follow if there's significant demand.

I tested the PZero Velo silver tyre on a Bianchi Oltre XR4 (one of a selection of superbikes Pirelli had sourced for the test rides) and was taken on a 25 mile rural ride with a mix of road surfaces before going back to Pirelli's test track to really test the grip on tight corners. On the longer ride, it was telling yet of course not conclusive evidence of the puncture resistance that no one actually got a puncture - I felt the tyres on my bike absorbed potholes and some of the very rough surfaces very well, and I felt little vibration through them.  They gave a very balanced and 'normal' ride, capable of taking potholes and rough road with ease and yet feeling smooth, grippy and very capable at high speeds. The Pirelli test track just outside of Milan, where the tyres were tested on a range of surfaces

The test track had plenty of long rangy bends and a couple of very tight ones; and it was the tight corners that I really felt the superb cornering grip offered by the PZero. There was a test loop that had been purposely sprinkled to test wet grip, and  I also tried the 4S tyres on the track on the same bike (a bit of a mismatch due to the aero credentials of my Bianchi Oltre XR4), and in all honesty couldn't really notice a great deal of difference between that and the silver race tyre. Cornering felt similarly precise as did wet grip, but some hard data would be needed to mark out differences in rolling resistance. Due to the lower weight, I'd personally be putting the PZero Velo silver on my commuting bike over the 4S regardless due to the lower weight and perceived similar grip and puncture resistance.

Overall and at this early stage, I'd put the PZero Velo silver tyre in the category of a reliable, solid training tyre with race credentials, but not a flat-out speedster. I'll be intrigued to try out the TT tyre to see if this matches up or surpasses the smooth speed offered by the market leaders from Michelin and Vittoria; but I'll happily be putting the PZero Velo on my road bike with confidence it will give a smooth and stable ride based on this brief first hit-out.

There was some confusion about pricing initially, with Pirelli saying in a presentation the price would be ‘”an average of 40.9 euros per tyre”; however we received some clarification from the European sales manager after this, who told me pricing was likely to be between £39.90 and £45 in the UK. He said Pirelli wanted the price to be “premium but competitive”, meaning that they wouldn’t succumb to discounting from big online retailers very soon after going on sale.

Something I found a bit puzzling was the lack of hard data in comparison to the competition in Pirelli's presentation. A brand new compound and huge sums of cash thrown at R+D sounds mighty impressive, but rolling resistance facts and figures are surely what will count when a rider looking for top-end gains is choosing a race tyre. At the moment we're just being told to assume Pirelli know best, and although chances of that are high with the effort that's gone into this project, it would still be interesting to see the tyres on a comparison chart for rolling resistance and puncture resistance with the well-established road tyres from the likes of Continental and Michelin.

The PZero Velo tyres will be available to buy in August, with a UK distributor already lined up. Pirelli kindly let us lucky few on the press trip walk away with a demo set of the 25mm PZero Velo, so we’ll be giving our definitive verdict next month…