Cycling App of the Week: Relive

Create a quality visual map of your rides with Relive, our Cycling App of the Week
by Jack Sexty

Relive captures your ride data from Strava or Garmin Connect and transforms it into a stunning moving map. Any ride of 10km or more for a duration of 12 hours or less can be uploaded - after your ride has been shared to Strava or Garmin Connect, Relive sends you an email with a link to your video. At the moment it's just these two platforms that are compatible ("more are coming" according to Relive), and if you connect both it gives priority to the Strava file so you don't have to worry about duplicate videos.

The idea for Relive was conceived by some Dutch cycling enthusiasts during a cycling holiday in Tenerife, who wanted a better way to capture the memories of their epic ride. The mobile app was launched in early 2017, and they now boast over  500,000 users worldwide.

At the moment, Relive can't actually 'relive', in the sense that you can't retrospectively make videos from old rides before you signed up for the app - however they say they are looking into it.

While there are numerous apps out there that record your activitiy in map form post-ride, there's nothing we've seen that looks this visually interesting and realistic. It's literally like a live graphic from TV cycling coverage brought to life for your own personal rides.

You can add photos taken during your ride that show up along the route from where they where taken, plus ride stats appear at the end of the video

It goes without saying that Relive isn’t a performance tool, but it provides a fun and inspiring memento of rides you're particularly proud of and can be shared with friends quickly and easily. if you really want to bring some pals out on your favourite new route, showing them the details of the ride could do a fine job of persuading them (or potentially dissuade, if it's very tough). It's also a far better visual representation than a flat birds-eye map that you get when uploading to Strava, Garmin etc - perhaps the promise of seeing an epic ride in all its glory could provide users with the motivation to get out and ride more! 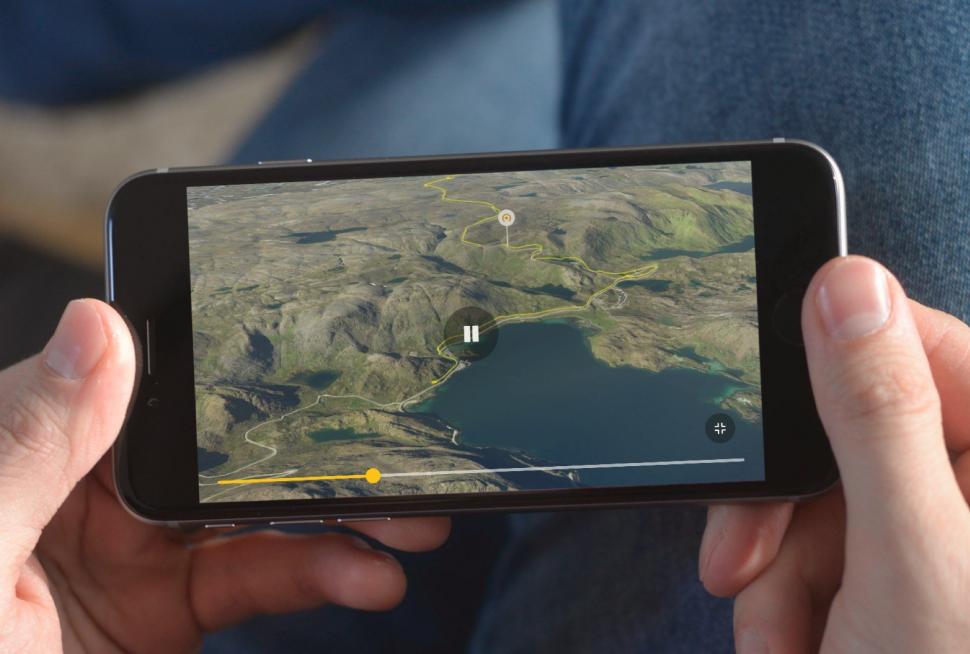 Where can I get it?
Relive is available on both Android and iOS, and is completely free.