We have here the Colnago Concept, the brand new aero road bike from the Italian company. 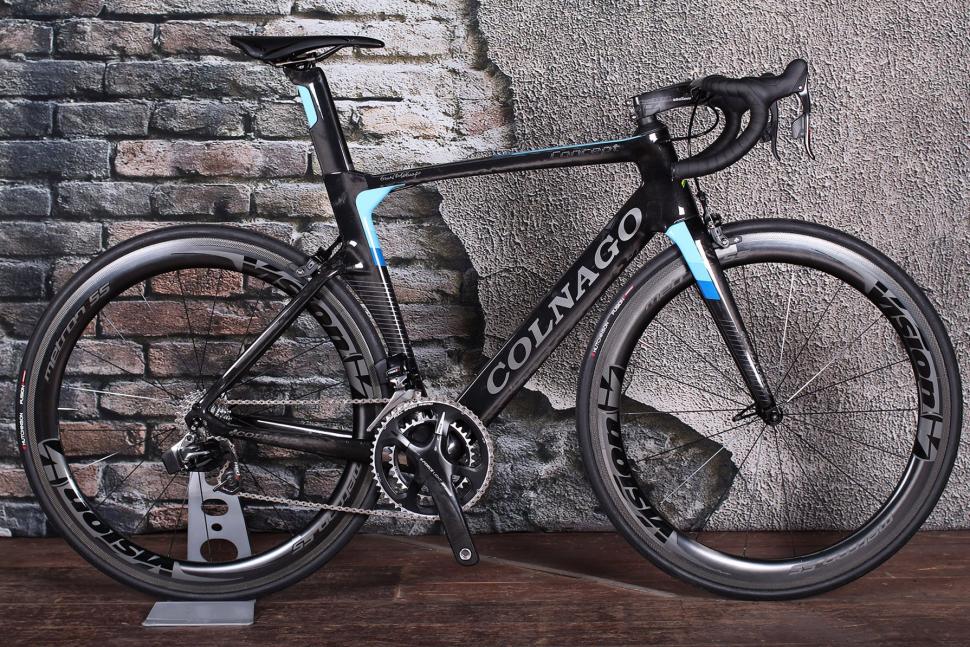 The name is a nod to Colnago’s first ever carbon fibre road bike, produced in collaboration with Ferrari way back in 1986. It never actually went into production. But, fast forward 30 years and this is as state-of-the-art as it gets from the company. It has been extensively tested in the wind tunnel and proven to be faster than both the current C60 and V1-r, the first aero road bike Colnago developed a couple of years ago. 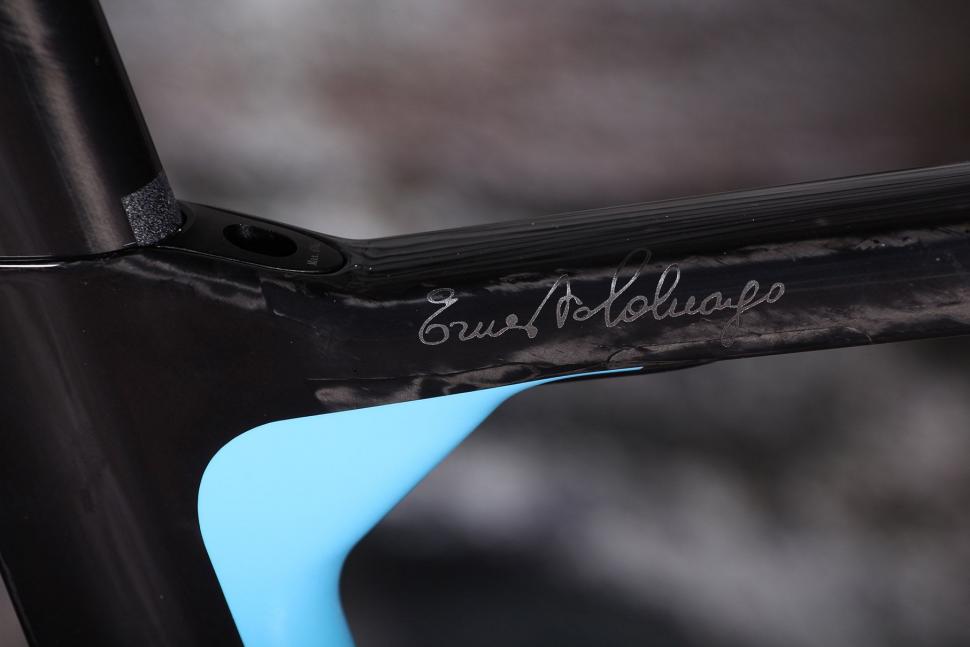 It’s a properly aero looking bike, all aero shaped tube profiles designed to reduce drag. Much of the aero work has focused on reducing the frontal area. So the fork uses a NACA airfoil shape with the crown recessed into the down tube of the frame, the head tube is aero shaped with no round leading edge and Colnago has developed is own aero handlebar and stem, though this actual bike is fitted with Vision’s aero handlebar

Aero bikes do have a reputation for stiff and harsh rides, a result of the massive tube profiles. Wider tyres will certainly help – the Concept will take up to a 28mm – but Colnago has also developed a special headset that isolates the steerer tube from the frame, helping to soak up smaller vibrations. It’ll be interesting to see how that works when we get it out on the road. 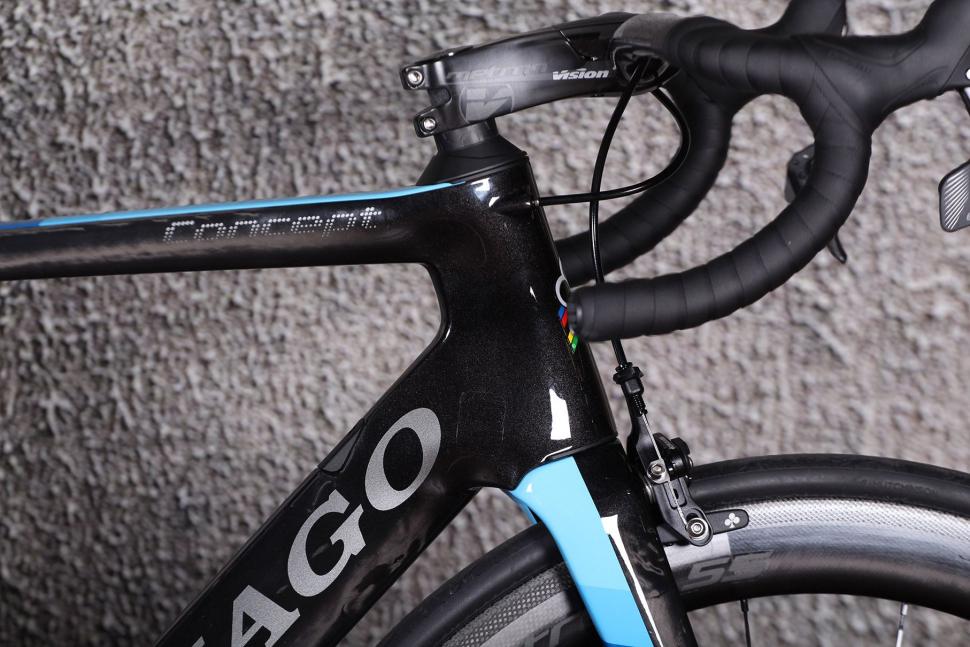 Of course, every surface of the frame has been shaped to smooth airflow over and around it. The down tube is very wide in the middle section to deflect air around the water bottle - the bottle can also be fitted lower on the down tube for improved aerodynamics. Other details include standard direct mount brakes, no fancy integrated brakes like the Specialized Venge or Trek Madone here. A disc brake version has been developed and will be released early next year

There’s the same ThreadFit bottom bracket as first used on the C60, which uses threaded inserts to hold the bearings in place and provide better alignment. The seat clamp is hidden inside the top tube and all cables are internal. As mentioned, there's clearance for 28mm tyrtes and, interestingly, in Colnago’s own wind tunnel testing, it found very little difference between 28 and 25mm tyres. 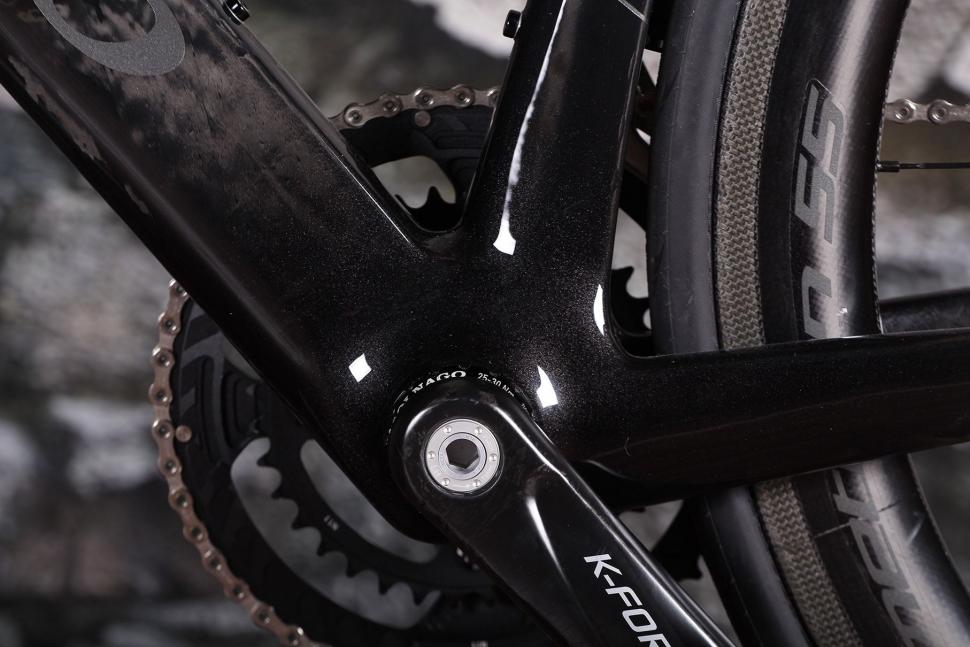 Frame weight is a claimed 990g which is competitive with other aero bikes from the likes of Canyon, Specialized, Giant, Trek and so on. This bike weighs 7.2 kg, a decent weight for an aero bike, and it’s actually lighter than some similarly specced aero bikes we’ve tested in the past. By this point in the article, you’re probably wondering how much this beauty will cost you. Are you sitting down? The frameset will set you back £3,500 and the build we’ve got here, with SRAM Red eTap and Vision wheels and FSA SL-K Light cranks, would set you back a whopping £7,500. 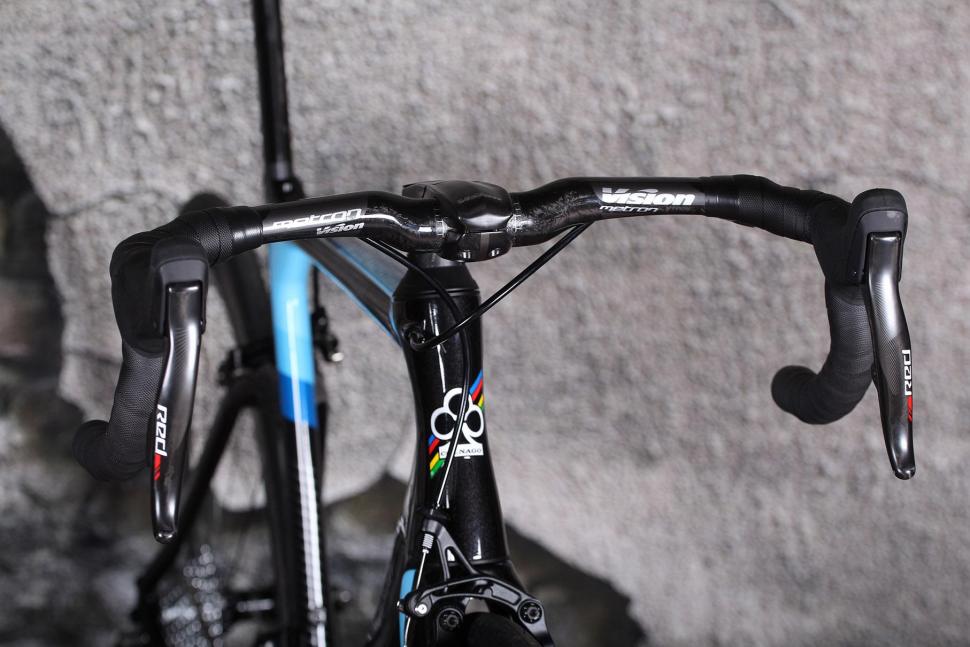 The test bike is finished with Vision Metron finishing kit, including an aero stem and handlebar, and Colnago’s own direct-mount brake calipers. The Vision Metron 55 carbon clincher wheels are shod with the new Hutchinson Fusion 5 tyres in a 25mm width. The saddle is a Prologo Kappa Evo model.

We’ve tested many aero road bikes over the years here at road.cc. We’ve tested the Giant Propel Advanced 1 (£1,599) and Canyon Aeroad CF SLX (£2,699), two complete bikes that cost less than the Concept frameset. However, at the other end of the scale is the Storck Aerfast Platinum (£10, 949) if you are lucky enough to have very deep pockets.