The Venge was completely redesigned last year with an all-new frame and fork, developed in the company’s own wind tunnel, but for 2017 it is now available with disc brakes. There are three models in the range, and costing £3,900 with a Shimano Ultegra groupset, this is the most affordable in the range.

The frame carries hefty similarities with the previous Venge, but it has been pretty much completely redesigned, with a new fork and revised front triangle. Disc brakes are heavier, but Specialized claims the frame is actually a bit lighter - the whole bike as pictured (size 56cm) weighs 7.9kg which is a decent weight compared to other Ultegra level disc brake carbon road bikes we've tested.

Do disc brakes produce more drag? Well, in developing the Venge with disc brakes, the company claims to have balanced out the drag generated by the disc brakes but changes to the shape and profile of the frame and fork, and the result is that the aero performance is identical to the rim brake Venge ViAS. That should silence the disc brake critics that used the drag factor in their argument against the use of disc brakes. 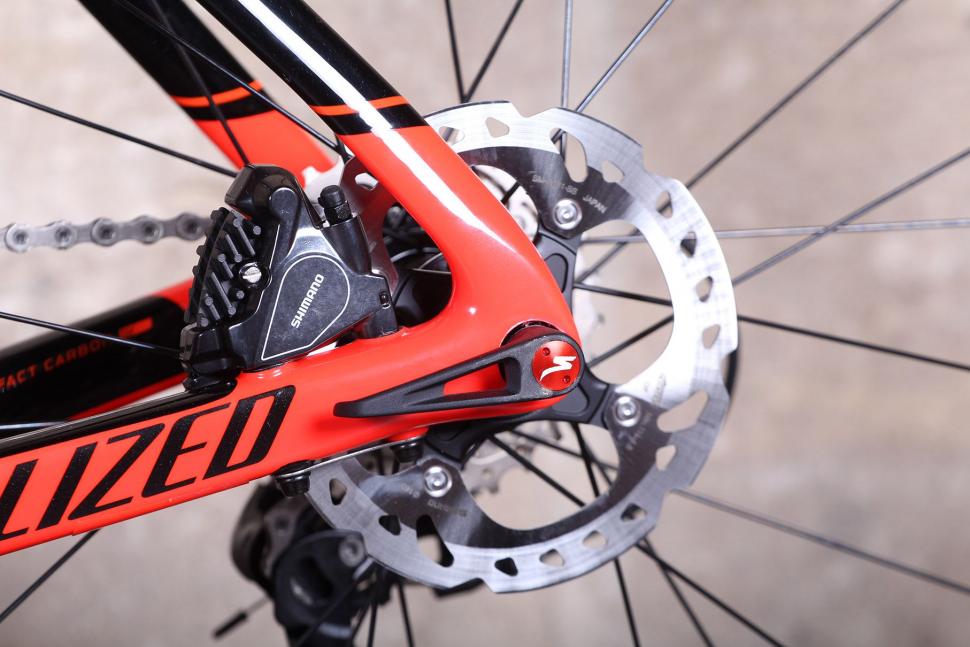 This bike features a Shimano Ultegra mechanical groupset with hydraulic disc brakes and an FSA carbon fibre chainset. It has 12mm thru-axles at both ends and flat mount brake calipers. The DT wheels are tubeless-ready and fitted with S-Works Turbo tyres in a 24mm width.

A unique feature of the bike is the Aerofly handlebar with its upswept design providing a 25mm rise. This model doesn’t have the aero stem with internal cable routing of the more expensive bikes, it makes do with a regular stem.

There aren't any other disc-equipped aero bikes to compare the Venge ViAS Disc against. Ridley has announced a disc version of its Noah SL aero road bike but we've not ridden that bike yet, and Canyon has also shown a disc version of its Aeroad, but that doesn't have a launch date yet. Against regular aero bikes, other bikes to consider include the Pinarello Dogma F8, Giant Propel, Merida Reacto and the Canyon Aeroad..