Kinesis Bikes launched the brand new CXRace, a dedicated cyclocross race bike stripped of all unnecessary extras this time last year and ahead of the upcoming cyclocross season, it has unveiled an updated version, the CXRace Evo. It gets a new thru-axle setup that improves frame stiffness at the rear and loses the cantilever mounts to save some weight.

This new frame is in stock now, ready for the cyclocross race season which has just started. It will also be on display at the Cycle Show, which starts on Friday, but Kinesis Brand Manager Bruce Dalton popped down to the office to let us have a sneaky first look, how very nice of him. If you want to attend the Cycle Show, don’t forget to use the discount code roadcc when booking tickets.

Kinesis has long enjoyed an enviable reputation in the British cyclocross scene, popular both with keen enthusiasts and serious privateer racers, due to well-designed frames that deliver a lot of performance for not a lot of money - you can build two bikes for the price of one premium cyclocross race bike. When it launched Kinesis was clear about its intentions for the CXRace. It wanted a pure race bike, designed to cater for the most demanding racers, and it’s been stripped bottle cage, rack and mudguard mounts. 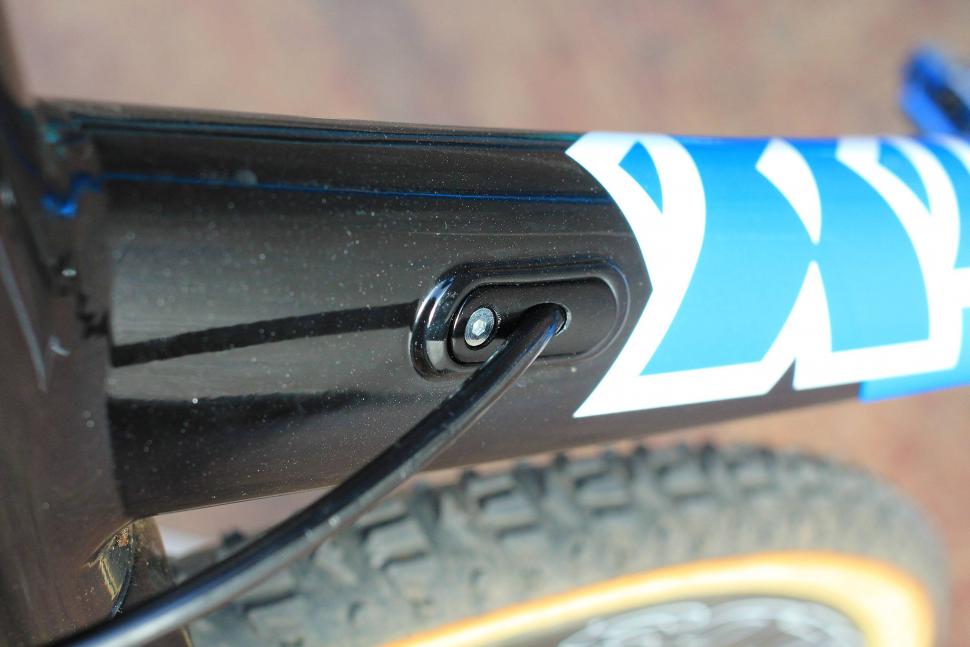 The company was able to do this because it offers several other cyclocross models like the PRO6 which offer increased versatility if you want a cyclocross bike for more than just battering around a playing field for an hour on a Sunday morning.

It’s an approach that has allowed the frame to be completely dedicated towards the demands of cyclocross racing. It uses a lightweight Scandium aluminium frame which as well as providing the high level of stiffness makes it a pretty affordable bike - especially if you want two identical bikes, with a frameset costing £550. 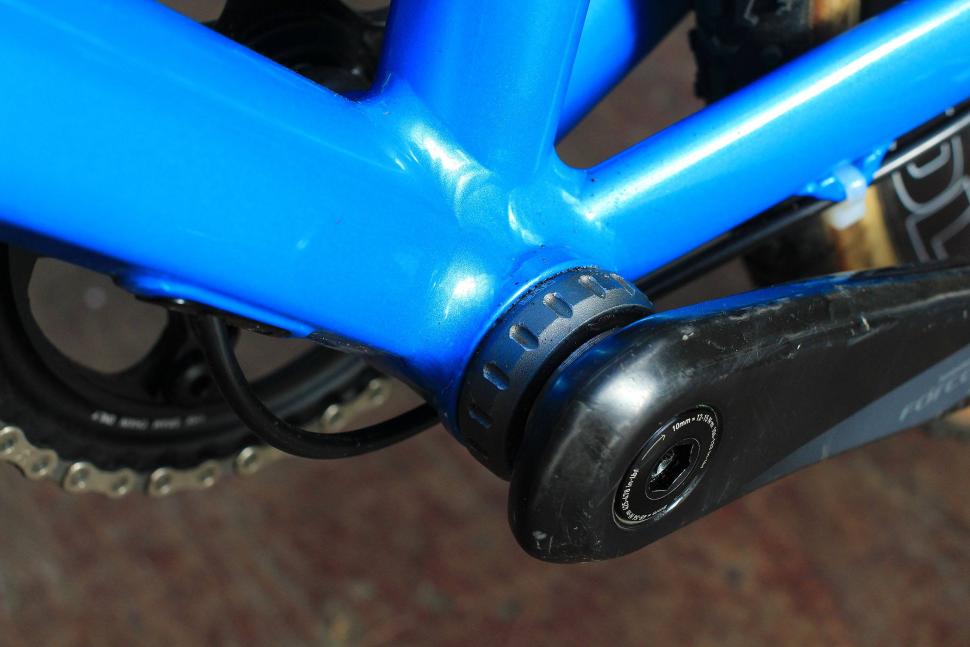 There are details you’d expect on a cyclocross race bike. The top tube is carefully shaped so it’s easy to grab and lift over your shoulder, and all the cables are either routed internally or along the top tube. An external threaded 68mm bottom bracket offers simplicity and durability. 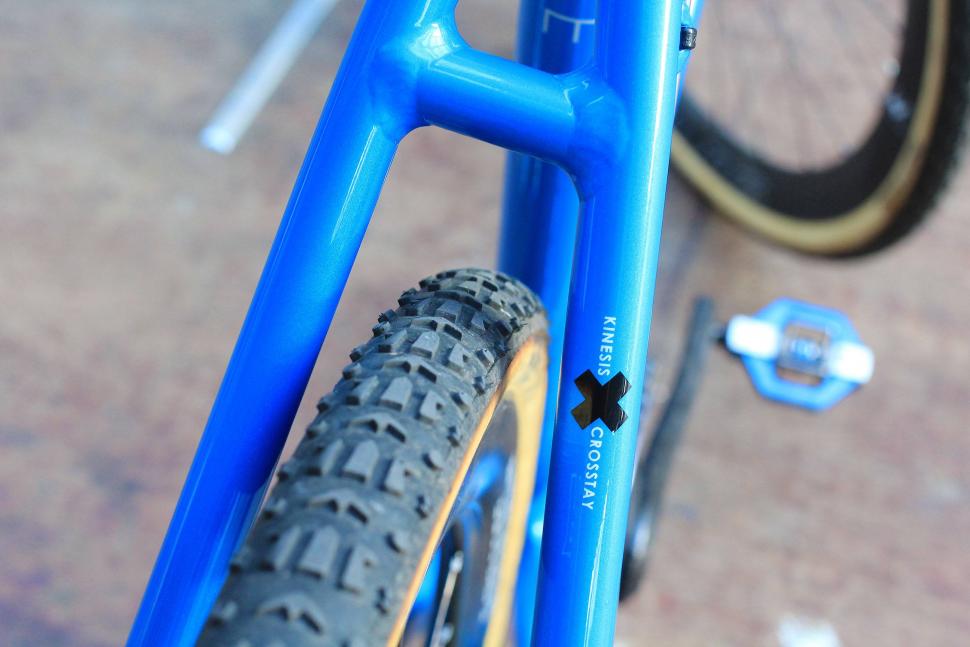 The first generation CXRace was designed to take either disc brakes or cantilever mounts, with just a different fork depending on your preferred braking setup. The new CXRace Evo is now a dedicated disc brake bike, so gone are the canti bosses on the seat stays, which both cleans up the appearance and saves a bit of weight. Frame weight is a claimed 1,325g. 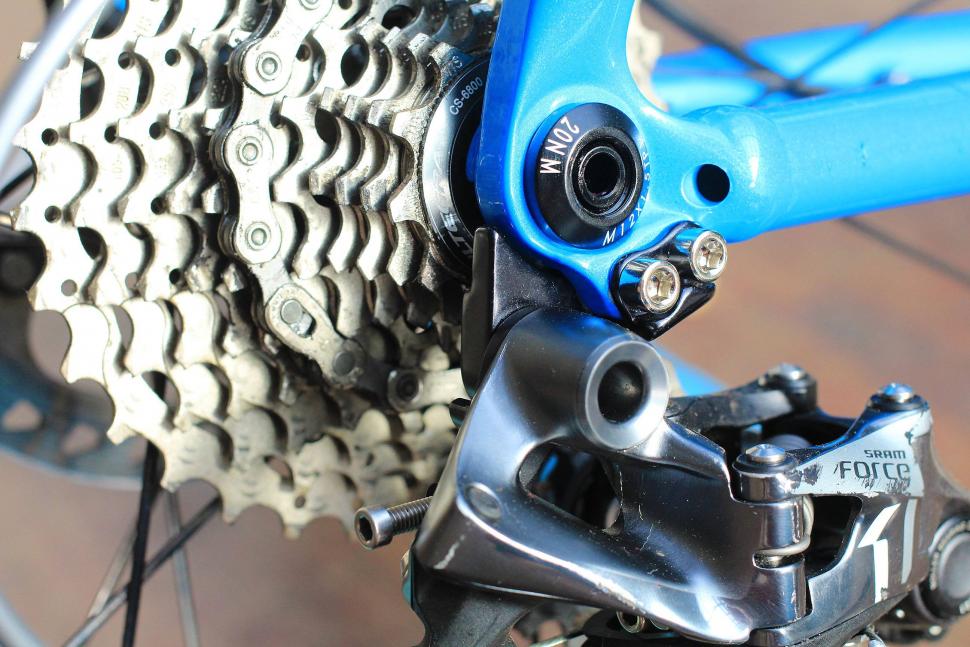 Kinesis has also switched to a new 12mm thru-axle and retained the flat mount disc brake fixings - it produces a post mount adapter if you need it. Kinesis says the move to a thru-axle has increased frame stiffness and Bruce tells us it’s now easier to feel the difference in tyre pressures, which in cyclocross racing, at least at the pointy end of a race, very critical. There’s also a new rear mech hanger, shorter than the original, and secured in place with two bolts. 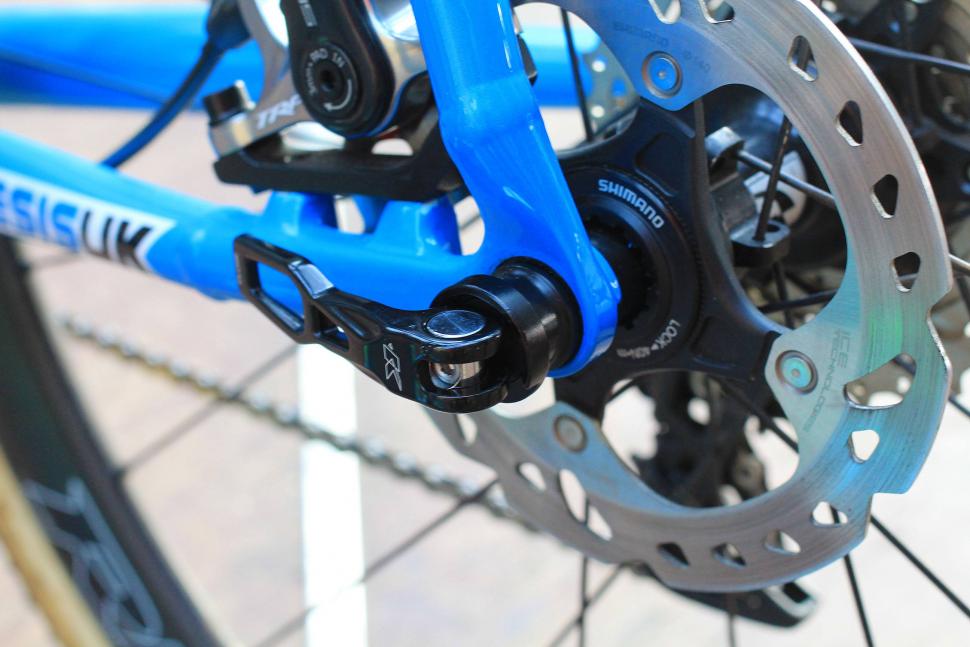 Frames will ship with a regular thru-axle lever, but it’ll soon be available with TRP’s new Speedaxle. The removable QR lever - wheel changes aren’t a thing in cyclocross racing - is said to save in the region of 75-80g.

Upgrade Bikes, the UK distributor for Kinesis Bikes, only sell the CXRace as a frame and for now, it recommends the current TRP Disc carbon fork, which also uses a 12mm thru-axle and flat mount, to partner with the frame. Kinesis is working on its own fork to match the frame but it won’t be available until November.

The new Kinesis CXRace Evo is available now and costs £549.99, with the TRP fork costing £379.99. The frame is available in seven sizes from 45 to 60cm and includes two new 45 and 48cm sizes for junior and youth riders.

As well as seeing the new bike at the Cycle Show, Hannah Payton and Bruce Dalton from Team Kinesis UK will be talking about getting into cyclocross with Ned Boulting at 12pm on Saturday.