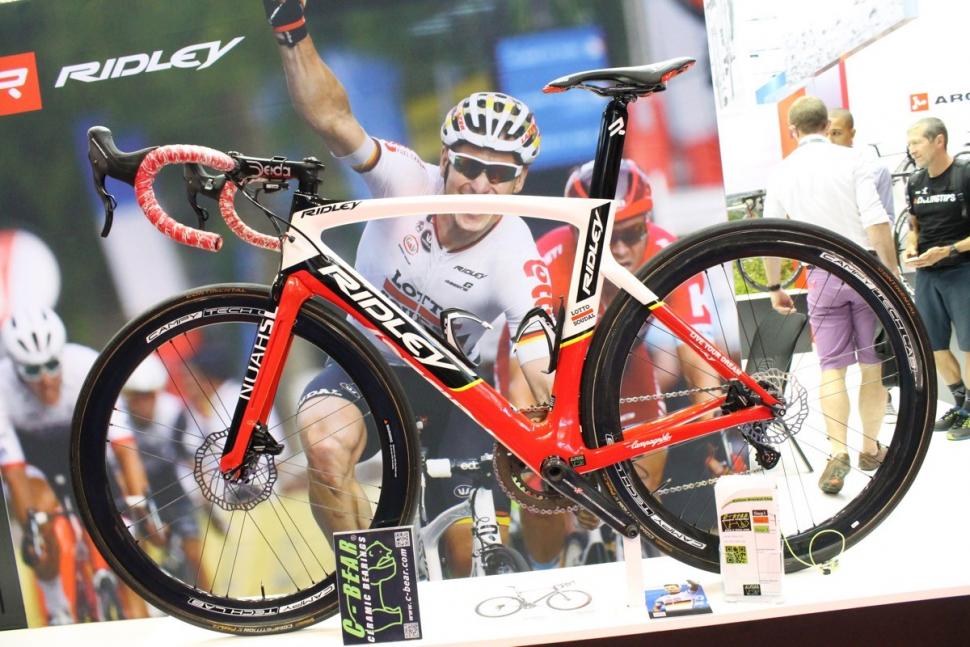 Ridley has launched disc brake versions of its Noah SL and Fenix SL road bikes, plus women’s versions of the Noah, Helium and Fenix. 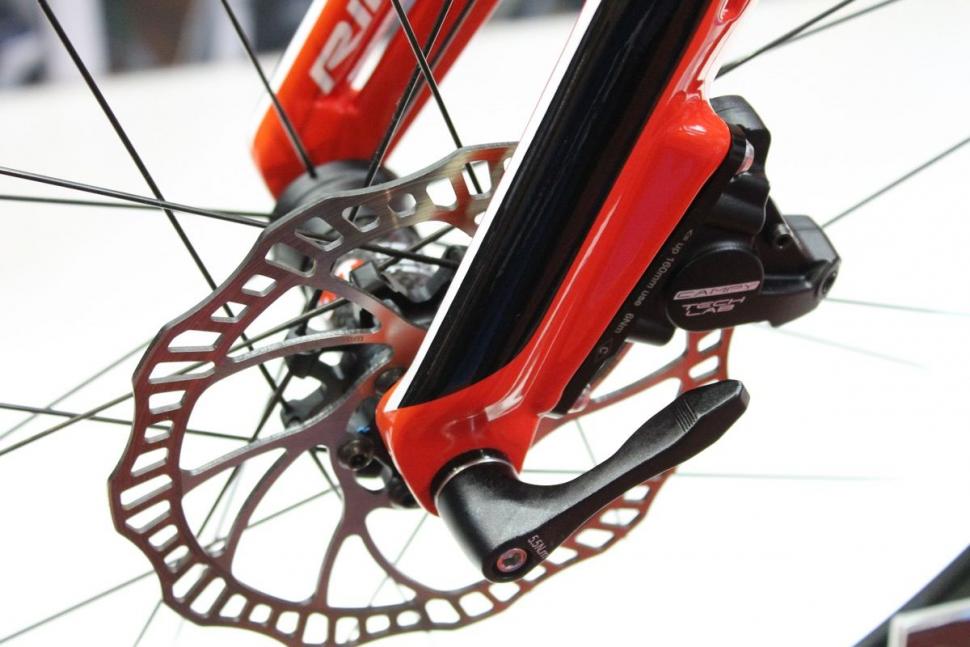 The Noah (main pic) is the aero road bike in Ridley’s range and now gets disc brakes as an option for the first time. It has 12mm thru axles front and rear, and the brakes are flat mount (this bike is fitted with Campagnolo's prototype disc brakes). 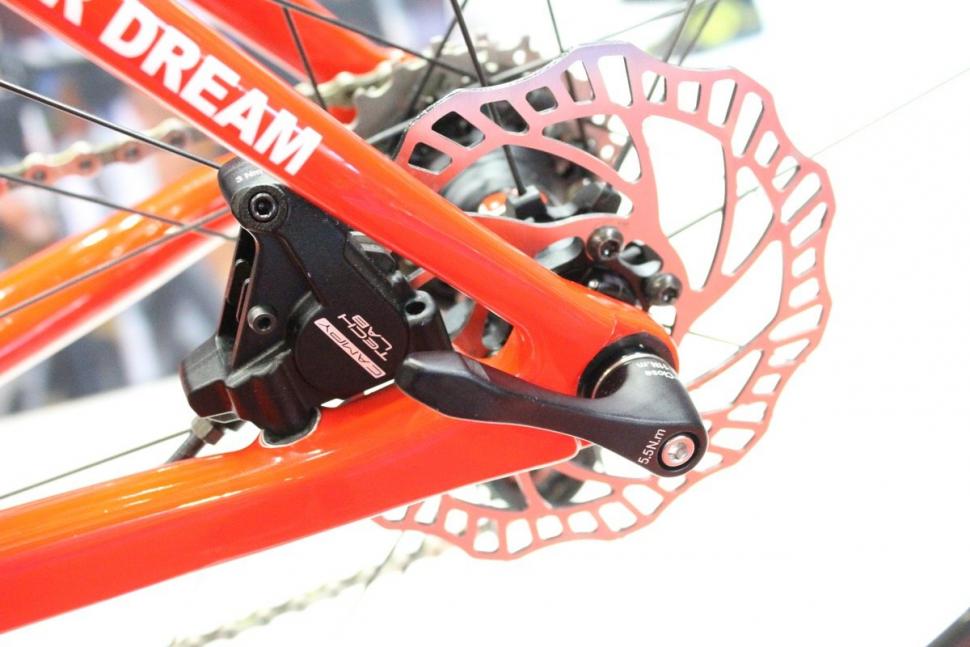 Like the rim brake models, the Noah SL Disc comes with an F-Split fork where each leg is divided in two, the idea being to reduce drag. The fork has had to be modified to accept the disc brake mount, obviously, although Ridley claims it didn’t result in dramatic change in aerodynamic efficiency. 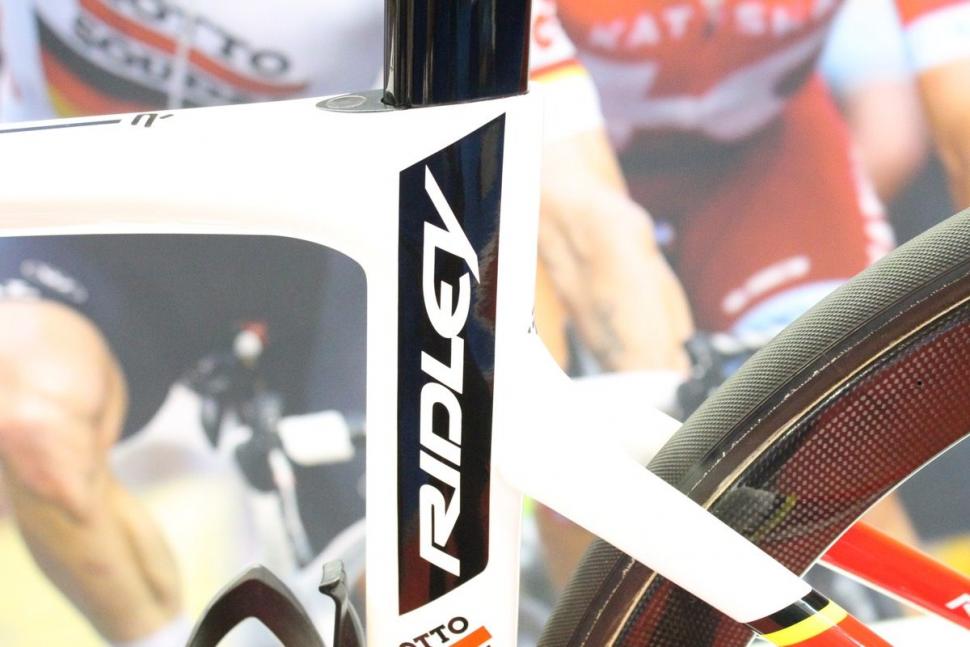 The frame also features Ridey’s moulded F-Surface Plus surface treatment in certain areas, the idea, again, being to manage the air flow and reduce drag.

Although the frame now has to cope with the forces associated with disc brakes, it still weighs in at under 1.000g, according to Ridley. The Fenix is Ridley’s endurance road bike. We first tried a disc version back in 2014; this year it's been updated. Both the frame and the fork are thru axle. 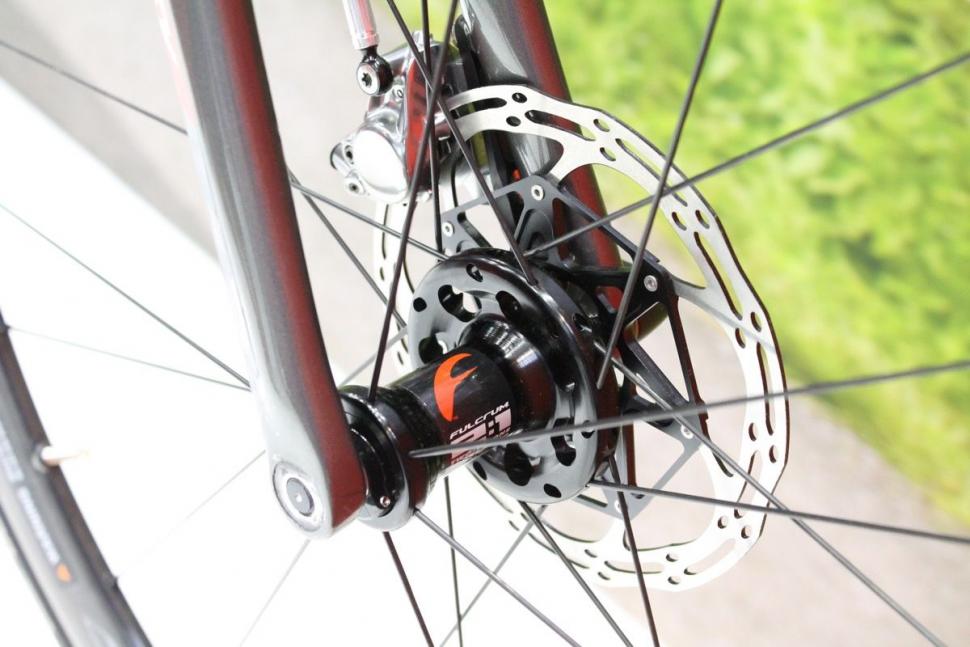 The Fenix SL Disc is compatible with tyres up to 30mm. The seatstays join the seat tube lower down than on the rim brake Fenix, the idea being to provide more comfort at the back of the bike. The Helium SLX replaces the Helium S. Ridley reckons that it is 15% stiffer than before without any addition of weight – the frame is still under 750g – thanks to changes in the orientation of the carbon fibres. Ridely also says that it has the same degree of compliance as before. Ridley has introduced three new women’s bikes too. The Jane (above) is essentially the women’s Noah... We don’t yet have prices for the new Ridley bikes.