Giant has unveiled a new entry-level road bike that will sit below its Defy endurance bike and features a frame made from aluminium with a choice of disc or rim brakes.

The Contend SL and Contend SL Disc use frames made from Giant’s own ALUXX SL-grade aluminium with a carbon fork (with an aluminium steerer tube) and a similar D-Fuse carbon seatpost to the Defy, designed to provide increased ride comfort. 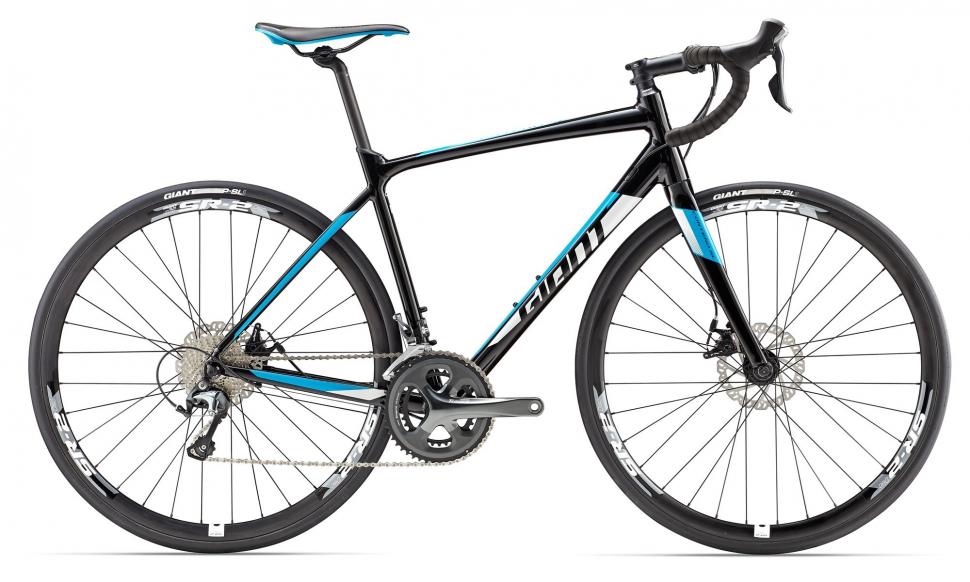 The Contend SL 2 with disc brakes

Giant has pedigree when it comes to aluminium. Back in 2013, I tested Giant’s short-lived TCR SL, a bike that was built around a 1,050g aluminium frame made from its own ALUXX SL Ultralight-Edition aluminium, and as well as being startlingly light for a metal frame, offered a splendid ride and great performance.

Familiar Giant acronyms are rolled out on this new bike, including a PowerCore bottom bracket (PF86), MegaDrive downtube and OverDrive headtube. Like the more expensive models in the company’s range, the frame uses internal cable routing to keep the lines very clean.

Geometry is close to the Defy endurance bike across the six sizes available, which puts an emphasis on control, stability and comfort with a taller head tube, shorter top tube and longer wheelbase, but one key difference is the Contend’s 10mm shorter wheelbase, which will liven the handling a touch. 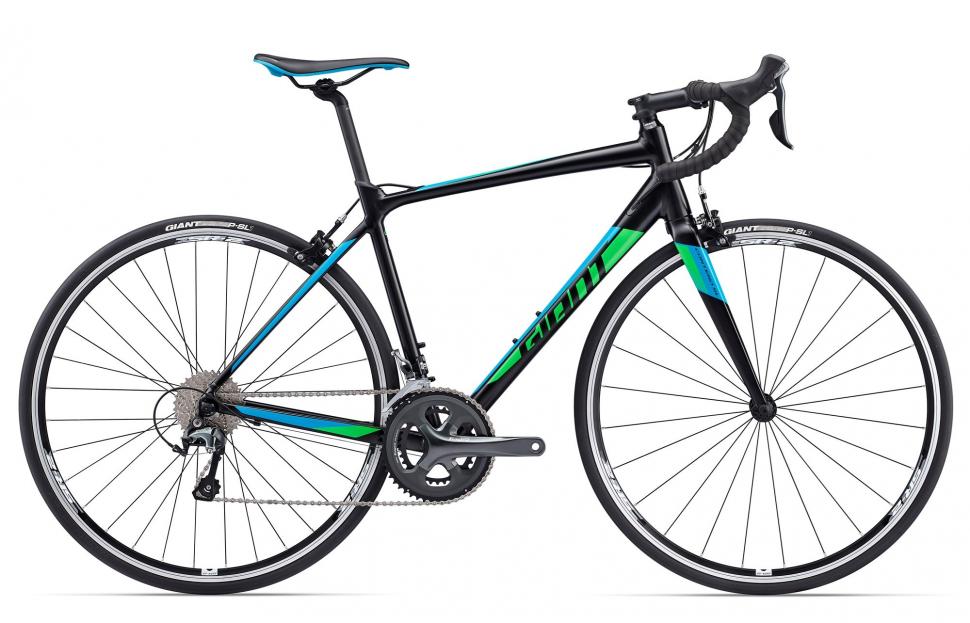 The Contend SL Disc uses regular quick release axles (not the 12mm thru-axles of the new TCR Advanced Disc) with flat mount disc fittings. Rack and mudguard mountings are included on the frame opening up the use of this bike for commuters and Audax riders.

It’ll be offered with Tiagra or 105 on the top-end model. Giant will spec its own hydraulic disc brakes with 160mm rotors and has developed a converter, a small device that is clamped to the handlebars and takes the cables from the shifters and converts them to hydraulic hoses to operate the disc brakes. It’s the same idea as the Hope V-Twin Hydraulic Disc Brake Converters from a couple of years ago.

If you’re not a fan of disc brakes, the Contend SL is for you. The frame is essentially the same, with internal cable routing and rack and guard mounts, but uses regular dual pivot brake calipers. It’ll be offered with a choice of Shimano 105 or Tiagra groupsets. 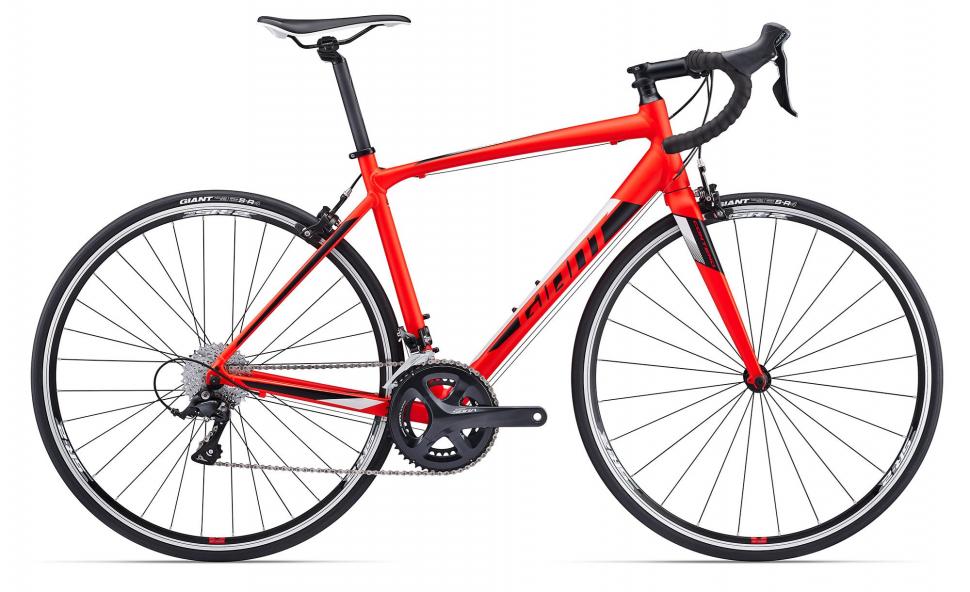 The base model Contend 1

The least expensive bike in the range is the Contend, which uses a slightly different aluminium and swaps the D-Fuse seatpost for a 27.2mm post, and also switches to external cable routeing. The Contend will come with Shimano Sora or Claris options. Will be interesting to see the prices on these two models.

We’re waiting for UK prices to be confirmed at the moment. More at www.giant-bicycles.com