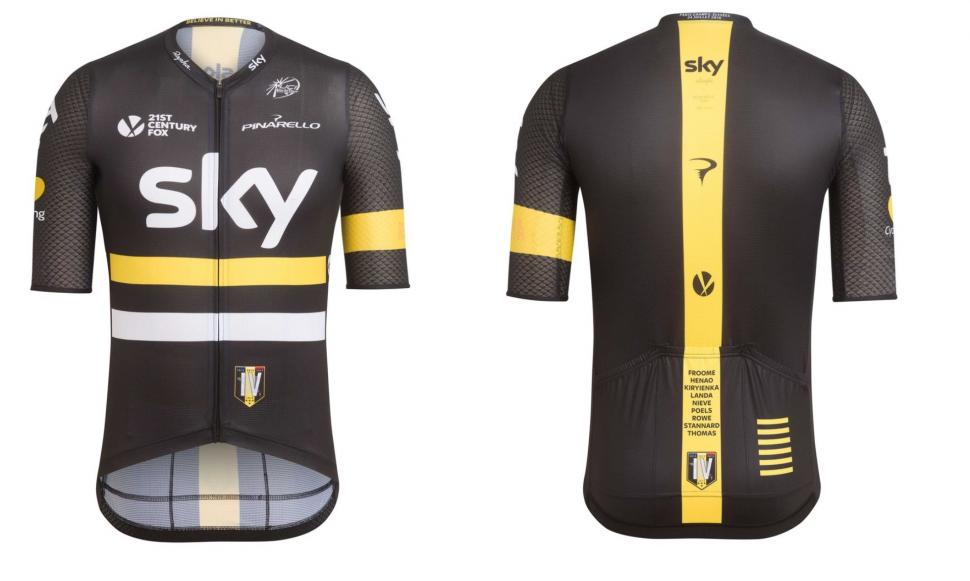 British clothing company and sponsor of Team Sky since 2013, Rapha has revealed it’ll soon be releasing the Team Sky IV collection which is the same yellow and black kit the team wore as they rode into Paris. Chris Froome was wearing the yellow jersey but wore this special edition jersey and bib shorts as he took to the podium on the Champs-Élysées.

It’s been a successful partnership for the clothing brand with three of the four Tour victories being ridden in Rapha kit (Bradley Wiggins won during the original Adidas sponsorship) and this special edition kit is sure to fly off the shelves and embraced by fans of Team Sky.

In the range is the Team Sky IV Aero Jersey which has been redesigned for 2016 to be more aero, with wind tunnel testing resulting in the use of a smooth fabric on the front and back panels along with offset seams, all to reduce drag. The jersey is also lighter to cope with the extremely high temperatures the team had to race through. 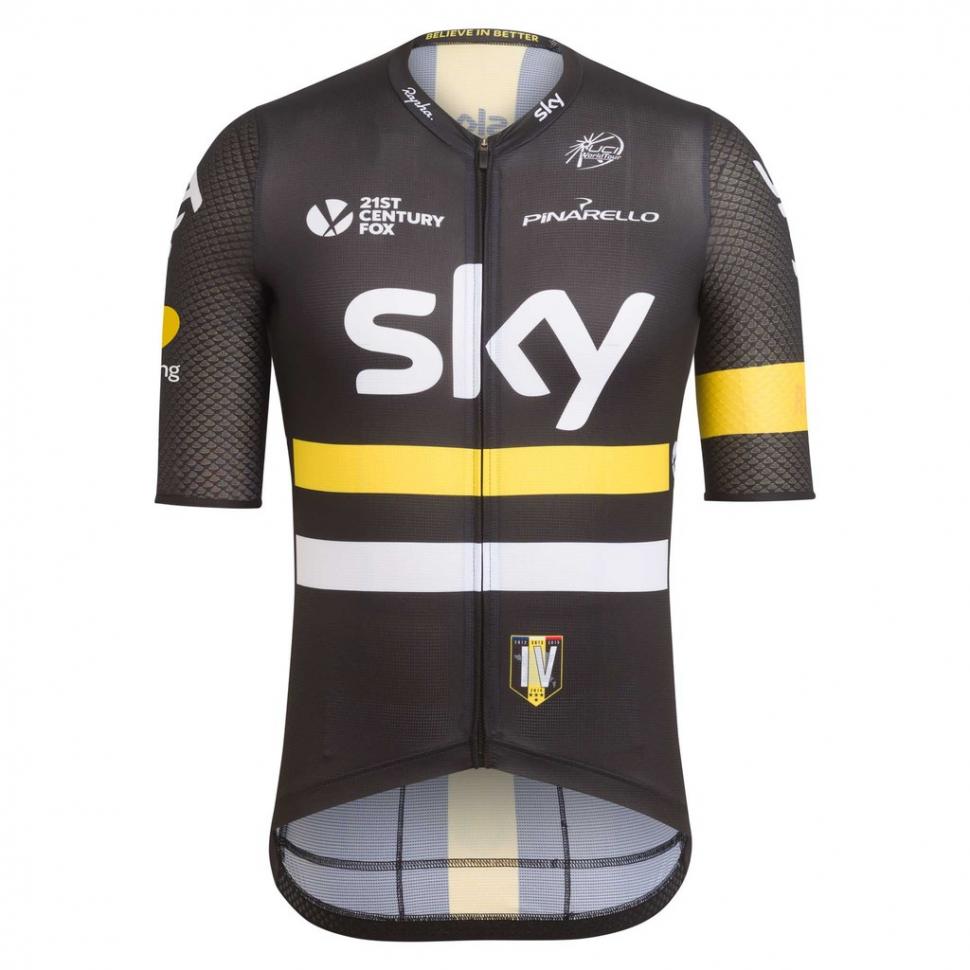 A lighter weight version of Rapha's most efficient racing jersey, developed from wind-tunnel sessions for Team Sky's riders to wear on race day, featuring the yellow stripe found of the three-time Tour champion and the Team Sky IV crest. The light weight torso features front- and back-panel panels cut from a smooth fabric to improve airflow, while new longer sleeves also allow the arms to cut through the wind more efficiently. 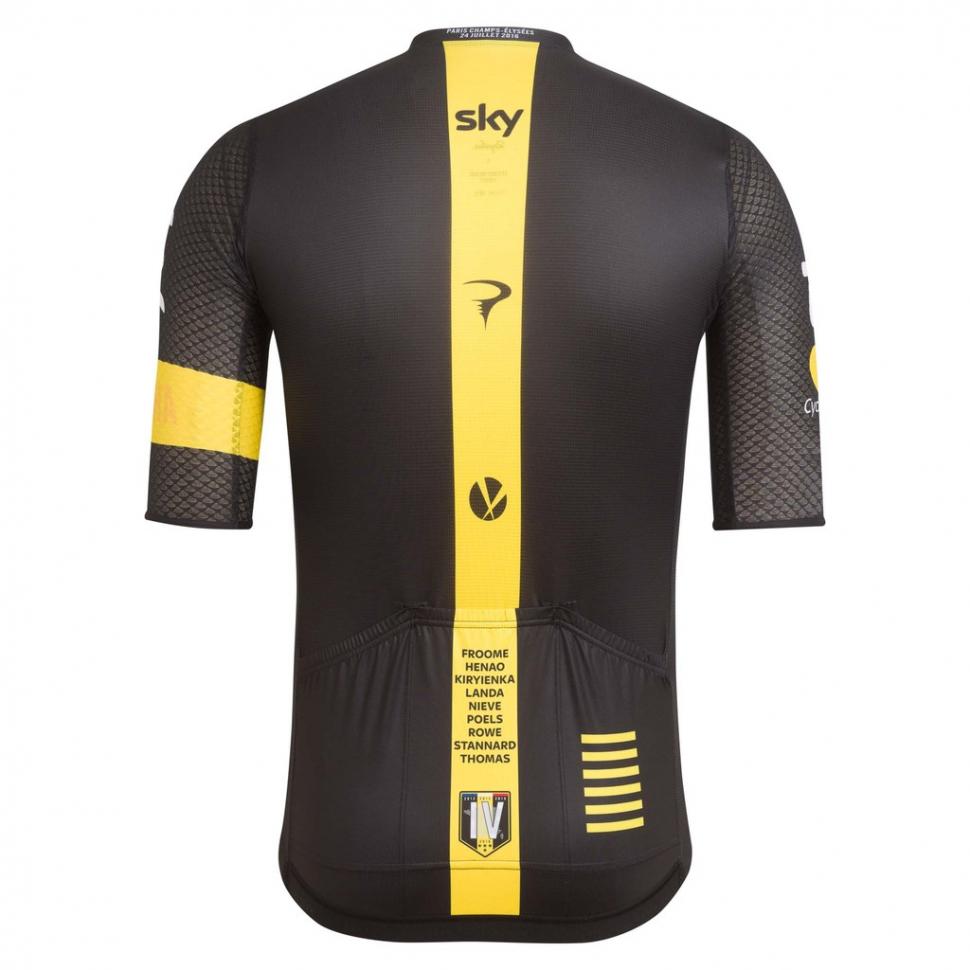 The blue has been replaced by yellow and the rear panel features the surnames of the team, along with a special emblem designed to commemorate the four Tour de France victories for the team. And to think people laughed at Dave Brailsford’s bold assertion that he would produce a British winner of the race within five years of being established. The jersey costs £130. 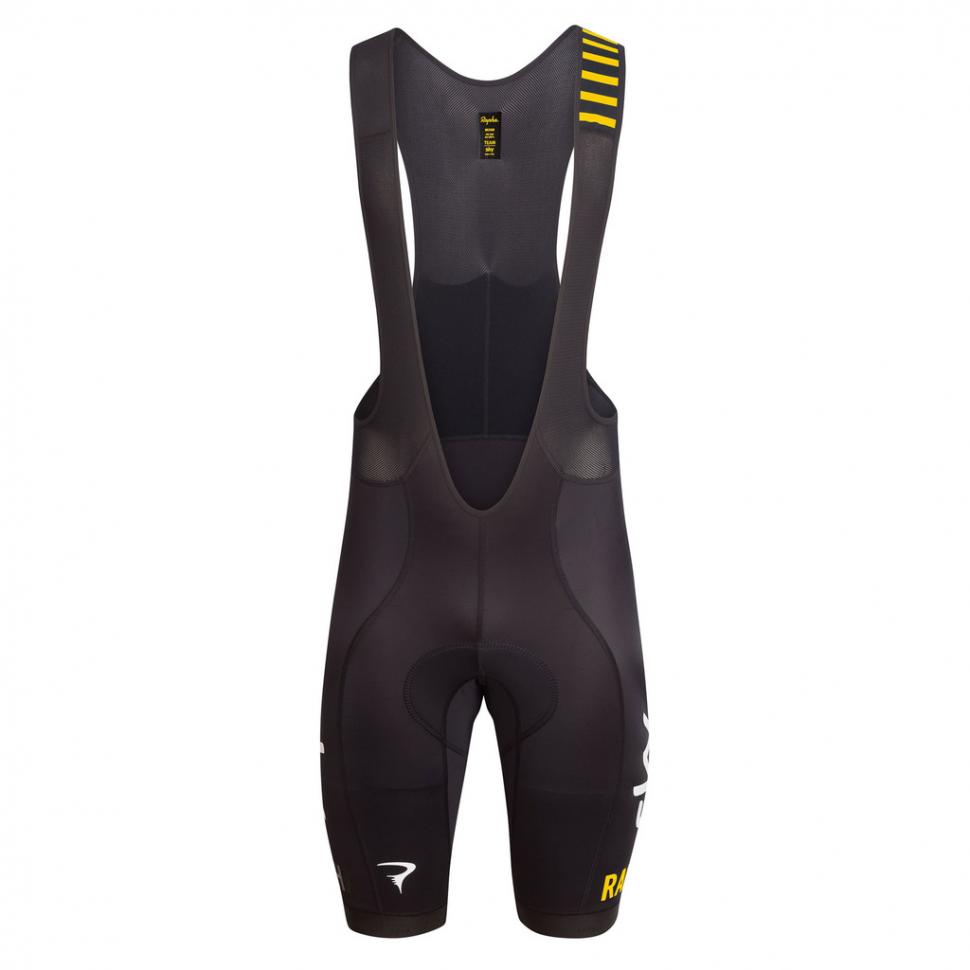 Pair the jersey with the matching Team Sky IV Pro Team Bib Shorts for the complete look, and you’ll be the envy of all your mates. Maybe. They’re based on the regular Pro Team bib shorts with a Cytech padded insert with a Lycra material that is “tight, supportive, durable and lightweight.’

Pro-grade bib shorts created for the most demanding training and racing conditions. Lightweight, durable and close-fitting, these bibs are tailored for an aggressive race position. As worn by the riders of the Team Sky on the last day of the Tour, in Paris. The bibs cost £190. 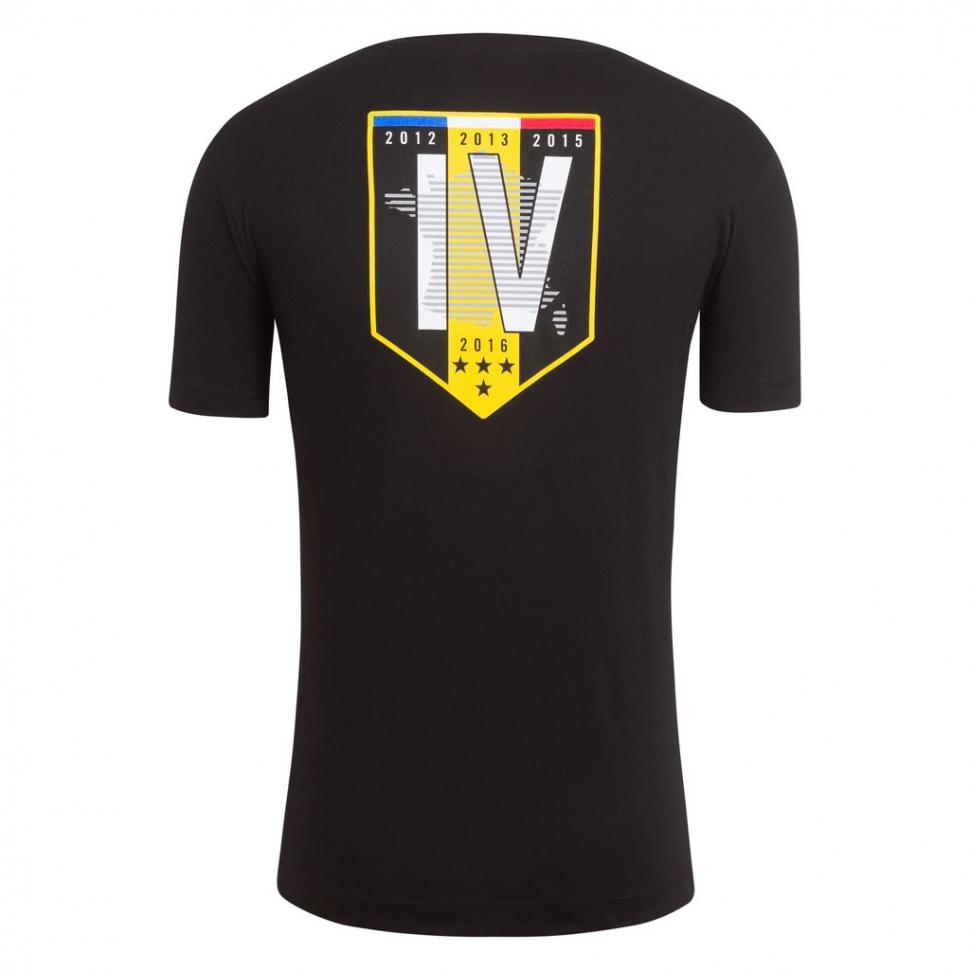