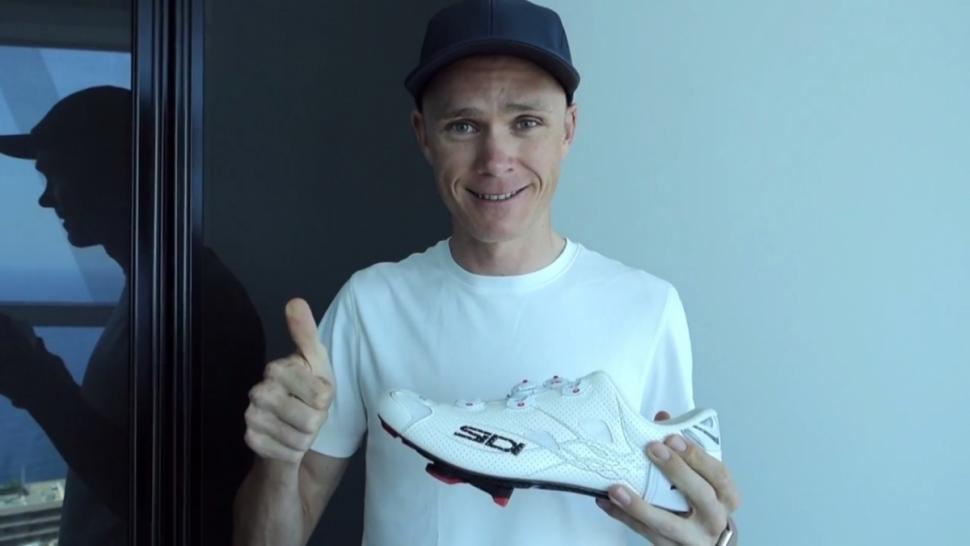 Sidi has launched a new shoe at the Tour de France, with Chris Froome sporting the brand new Shot model, which is claimed to be lighter, more breathable, more aerodynamic and more comfortable than previous Sidi shoes.

Chris Froome has unveiled the new shoes in a short video he posted to Twitter, and Sidi has reproduced on Youtube. In the video, Chris Froome explains that the new Sidi Shot shoes are “lighter, more breathable and super comfortable.”

The key change with the shoe is the relocation of the Double Tecno-3 rotary dials from the side of the shoe to a central position mounted on top of the tongue, and in the process done away with the curved pad that sits across the top of the shoe on the current Sidi Wire model.

Froome's shoes also appear to do away with the adjustable heel retention device, which does feature in the teaser video released by Sidi. It's likely that Sidi has produced a custom shoe for Froome and, to save a little weight, has dispensed with the heel device.

Sidi doesn’t reveal the reason for this change, but we can envisage aerodynamics being one of the benefits. Ventilation looks to have been worked on, with noticeable cut-outs in the upper, along the sides and around the toe, compared to the current Sidi Wire Carbon Air Vernice shoe. Sidi also points out at they’re easier to get on and off. 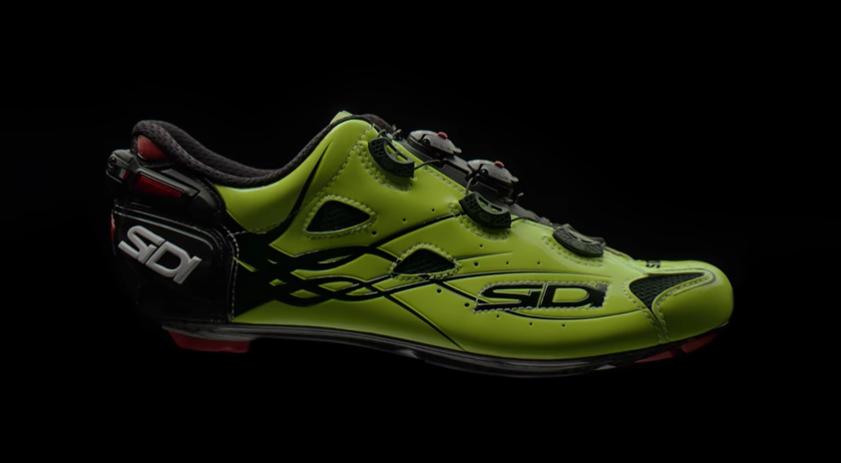 “To make this shoe, team Sidi used all their experience, professionalism and passion. Shot slips on quickly, and you can easily adjust the closure with our Double Tecno-3 mechanism, an innovation developed by Sidi, which applies only their own technology to the shoes they produce,” says Sidi on its website.

To whet your appetite, Sidi has released another teaser video for the new shoes.

We’ve contacted Sidi for more information and to find out when they shoes are being officially launched. Stay tuned.