Pro bikes: The pursuit of lightness – Steven Kruijswijk’s Bianchi goes on a diet

A 10.5km mountain time trial in the Giro d’Italia at the weekend prompted the team mechanics to pull out some special equipment for some of the racers. Lotto NL Jumbo’s Steven Kruijswijk swapped from his usual Bianchi Oltre XR2 race bike to the Italian company’s lightest frame, the Specialissima, with some special modifications to help in the battle against gravity. 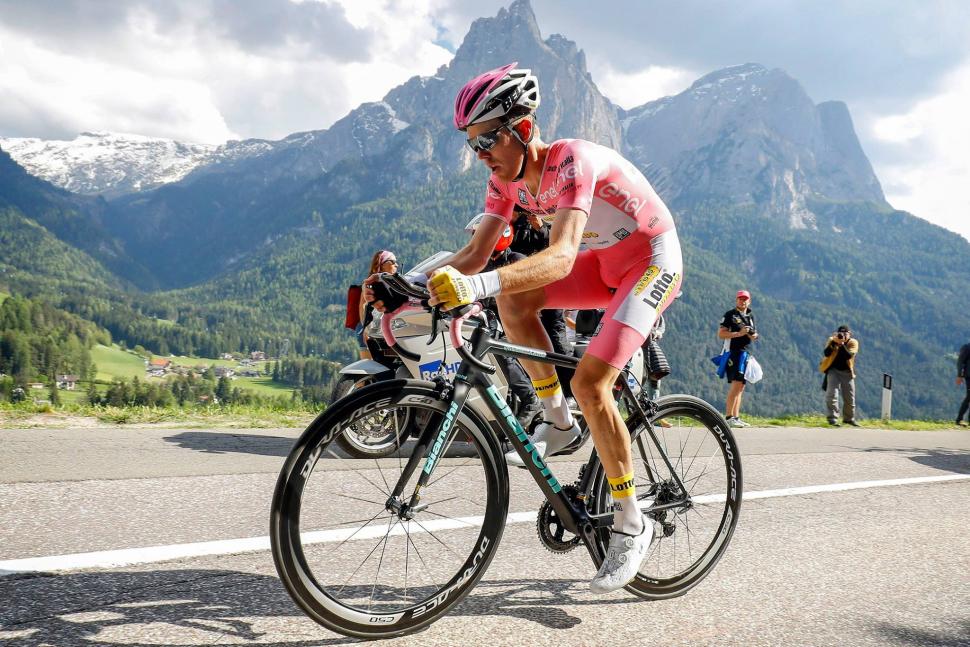 Steven Kruijswijk, like most of the Lotto NL Jumbo team, has been racing an Oltre XR2 during the Giro d’Italia. It's an all-round bike, not the lightest but offers some aerodynamic benefits. However, for the testing mountain time trial, he switched to the Specialissima. It was far from standard. The key change is the  black paint job that saved a bit of weight over a standard celeste frame,saving a reported 2og to produce a 760g frame. Believe it or not, some paint colours are lighter than others. And while 760g sounds light, there are lighter frames available.

The most notable change to the bike was the fitment of short Vision extension bars on the handlebars. Because it’s an uphill time trial, nearly all the riders used regular road bikes rather than a time trial bike, because time trial bikes carry a weight penalty and the aero efficiencies only really come into play at higher speeds than those that would be seen in the uphill time trial. This course did, however, have a flattish opening 1.5km and the aero benefit provided by the stubby extensions clearly gave Kruijswijk an advantage against the clock. 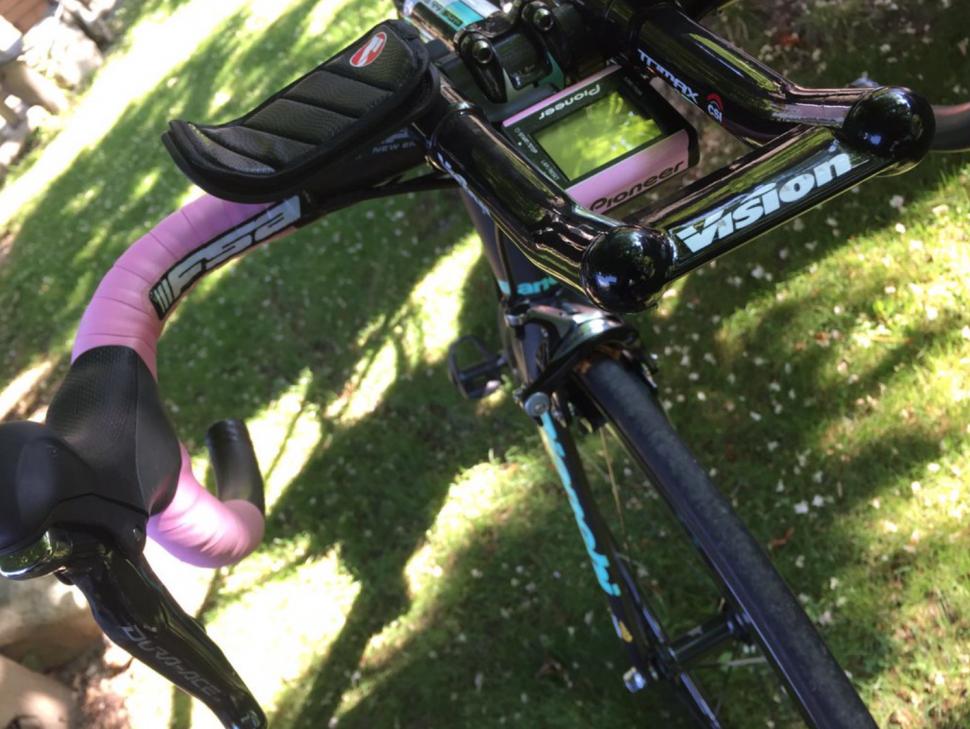 With the UCI’s 6.8kg weight limit, you’d think all the bikes would be right up against it, but surprisingly a lot of the bikes aren’t actually at the weight limit, due to variances in frame and equipment weight and also frame sizes. The team obviously tried to save some weight, as much to offset the weight of the Vision bars as anything. Along with the custom paint job, the team mechanics only wrapped half the handlebars. It's a modification that might have saved 20g or so. Surprising they didn’t emulate hill climb racers and actually chop the drops off altogether, but that’s probably against the UCI rules.

Otherwise, the bike is largely standard fare. There’s a regular Dura-Ace Di2 groupset (we weren’t there so can’t confirm what gear ratios he was racing) with a custom pink Pioneer power meter to match the bar tape. 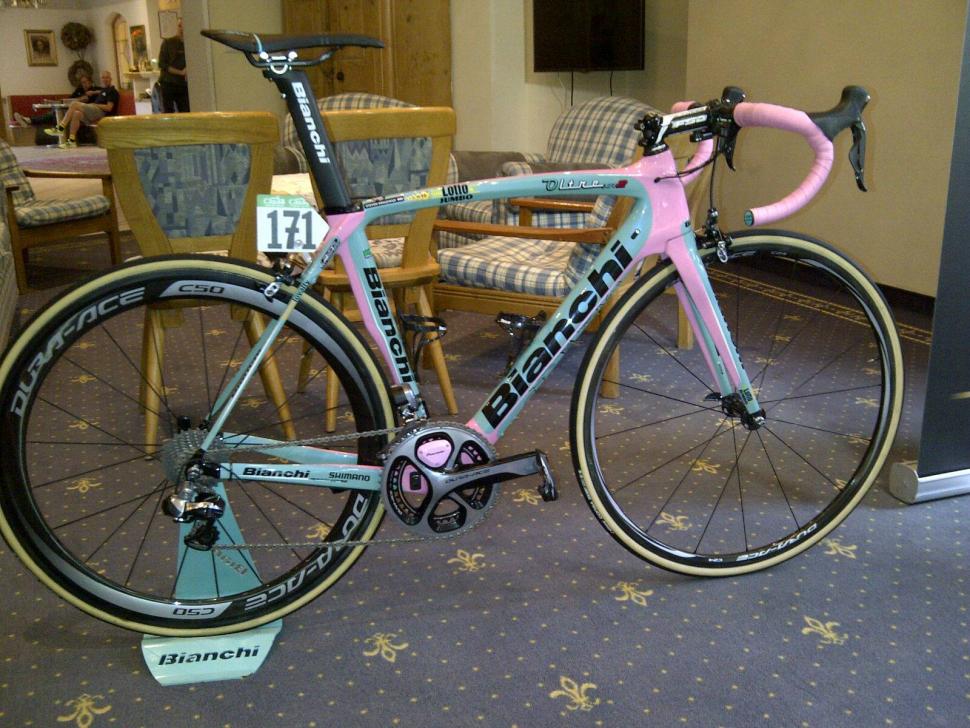 Above is the usual Bianchi Oltre XR2 that Steven Kruijswijk races, and which he'll be back on tomorrow.

Small savings, but in a race against the clock, though, every gram could make a difference, even if it’s just psychological. Unfortunately, we don’t know the final weight of the bike after these modifications. The small effort seen here by the team mechanics does make you wonder how radical these bikes would have been if the 6.8kg weight limited didn’t exist. Just how light could the bikes go?