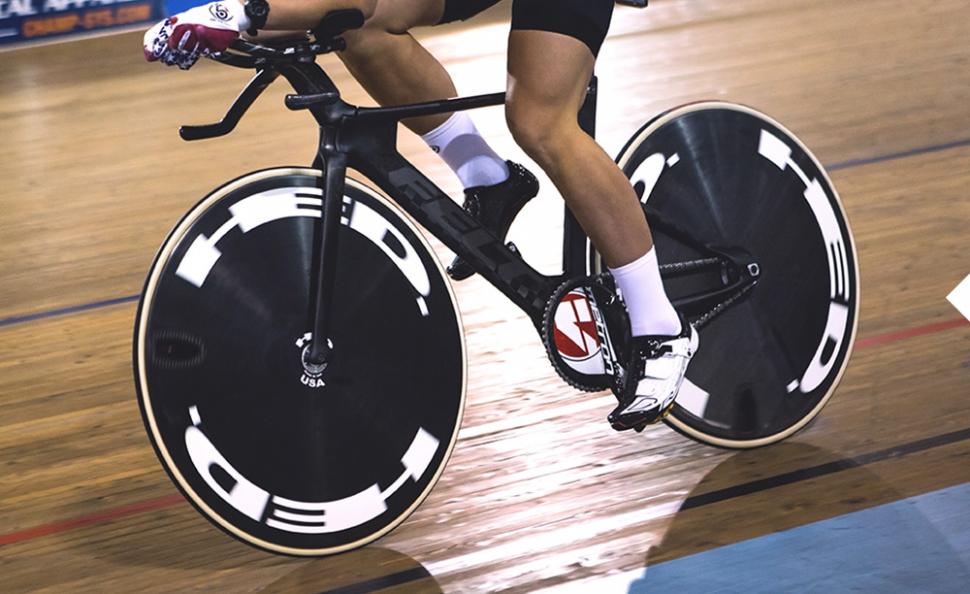 Felt has only gone and put the drivetrain on the wrong side of its new track bike! But there’s method to this madness, according to the company that has been challenged with designing a track bike to help the USA Cycling team take on Team GB at the upcoming Rio Olympics.

The new Felt TA TRD is the bike the US track pursuit team hope will enable them to take gold in Rio this summer. Beating Team GB, the most dominant track squad at the last few Olympics, was the driving force behind the development of the new bike. 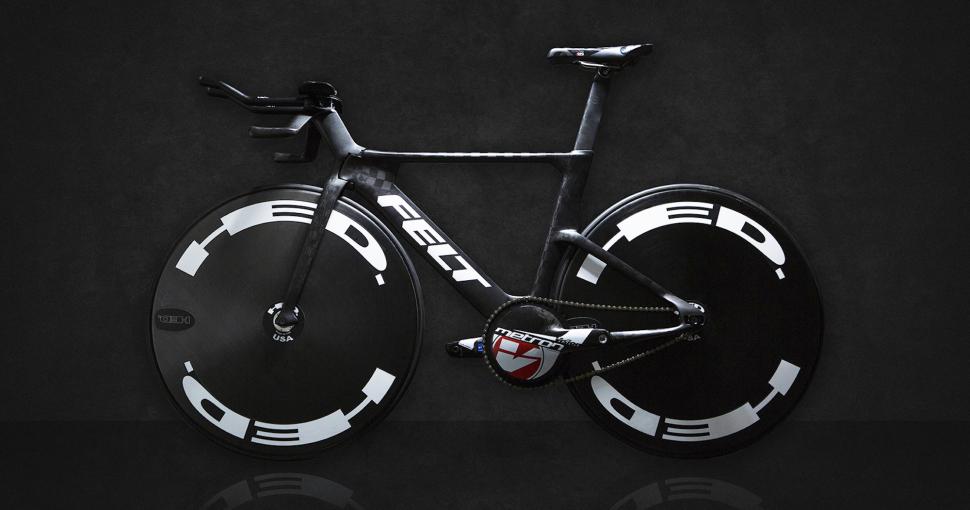 “The initial discussion for this project began four years ago. We looked at the success that our U.S. women had in London taking the silver medal behind Great Britain and asked ourselves, what’s it going to take to win, and to beat Great Britain and the rest of the world’s top teams in 2016? We wanted Felt’s expertise to help us go one better,” says Jim Miller, Vice President of Athletics for USA Cycling.

The new Felt TA TRD builds on the TK1 first introduced 8-years ago, but while that was a bike designed to be used in many different track events, this new one is designed expressly for the pursuit discipline. It brings some big developments based upon extensive testing with the US team pursuit squad, backed up by the usual computational fluid dynamics modelling and wind tunnel testing that most new aero products go through. “We conducted a lot of research regarding airfoils inside a velodrome,” says Anton Petrov, Head of Aerodynamics at Felt Bicycles. “As part of our initial research, we found that there exists a specific range of yaw on the track and that it is not a symmetric airflow. So we set out to design a bike with asymmetric cross sections. With this, you’ll get an airfoil that will work better from one side than it does from the other. And if you have asymmetric airflow, you then optimise shapes for that flow. And the end result is a faster bike. The TA FRD is designed specifically for the velodrome.” 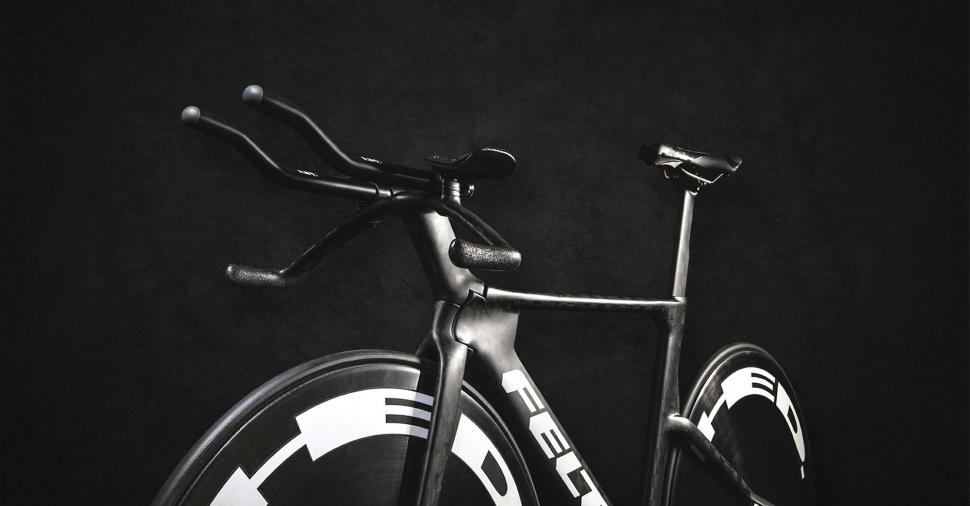 The most radical development has been the positioning of the drivetrain (chainset, chain and rear sprocket) on the left-hand side. Felt says that it found bikes tested faster when the airflow is from the drive side of the bike, so moving the drivetrain from the outside of the track to the inside, and therefore placing it in the airflow, is claimed to make the bike more aerodynamic. Felt also says another benefit is improved handling.

“Wind is coming in towards the frame from the left-hand side,” explains Jeff Soucek, Director of Engineering. “So by moving the drive side on the bike from the outside of the track [right-hand] to the inner part of the track [left-hand], not only does the bike become more aerodynamic, it also helps with moving the weight and center of gravity inboard, as well. Other things like the narrow front and rear hubs and a lot of various small features have gone into the bike to make it very unique and incredibly fast.” To enable this unique bike to be produced relied on some willing equipment partners. Vision developed a custom version of its Metro TT crankset for the bike, while Stages produced a carbon fibre dual sensor power meter for the bike. Other key changes include a narrower fork and rear stays, a change made possible with HED Cycling Products producing a custom wheelset with narrow hubs, 70mm at the front and 95mm at the back.

Other changes include new tapered dropouts which eliminate the usual set screw that positions the rear axle, but instead, an aero washer and the taper of the dropout stops the wheel sliding forward. The frame is made from the high-grade TeXtreme carbon fibre that the company has been using in its high-end road bikes for a number of years. 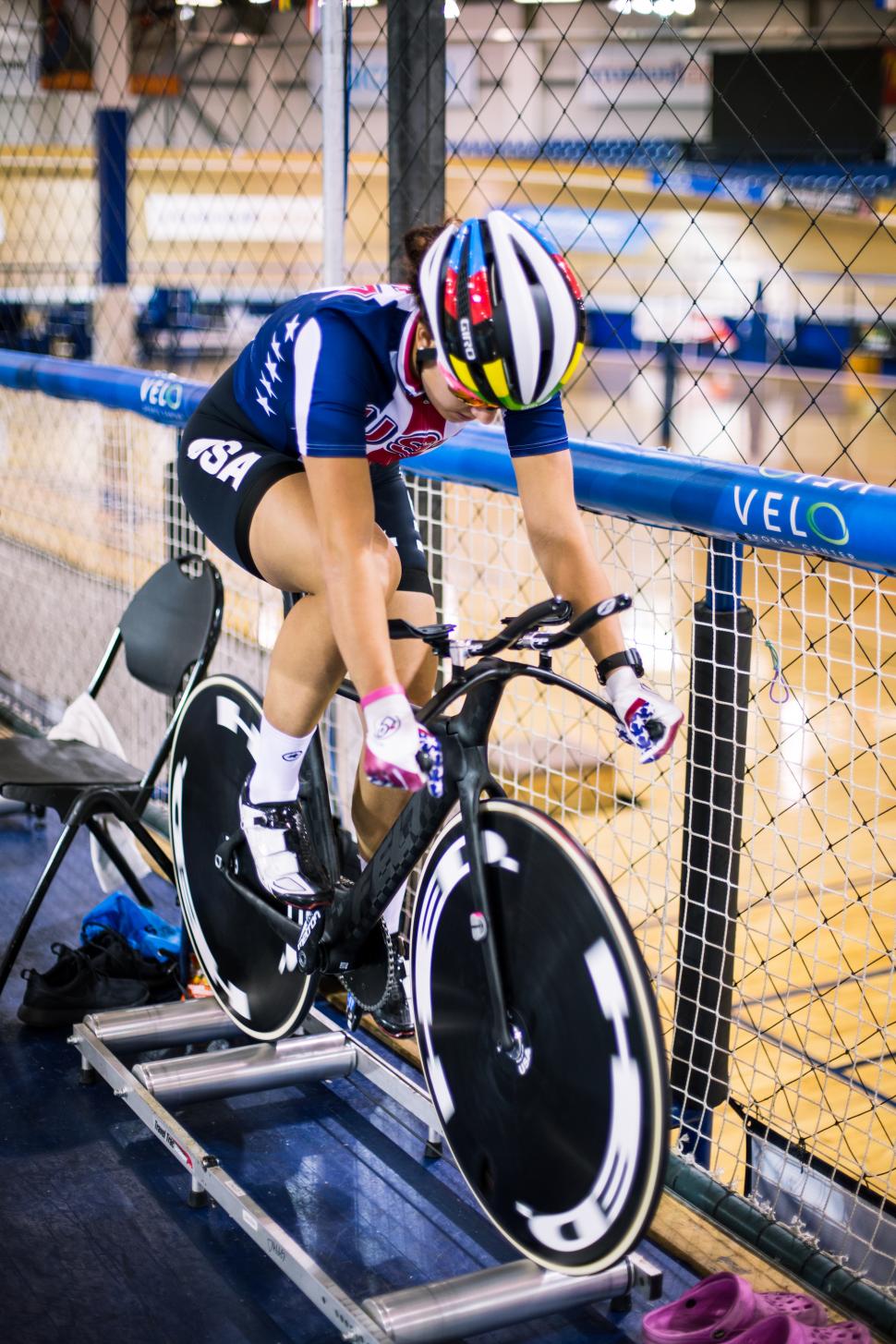 Felt has also refined the tube profiles of the frame that also take into account the constant wind direction from the left side of the bike - they’re now asymmetric. Felt has adapted the profile of the head tube and down tube to be more efficient from the left-hand side.

This is a bike unlike any other, and it does raise the question that, if it’s as aerodynamically efficient as Felt make it out to be, why hasn’t Team GB done anything similar? It’s also worth noting that Felt doesn’t offer any aero data comparing the bike to its previous track bike, or indeed how it compares to other commercially available track bikes.

Which brings us on to the last point, we’ve no idea how much this bike is going to cost when it’s available, even if it will be available to buy. The UCI rules dictate that all equipment used in competition should be available, but it's not something they really go out of their way to enforce. Team GB get around this by selling the bikes at ridiculous prices that no amateur racer can afford.